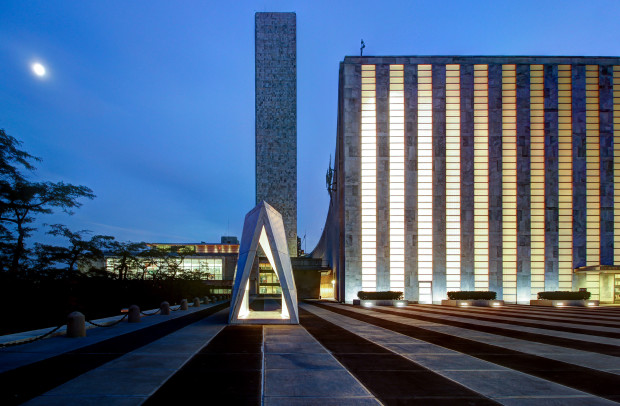 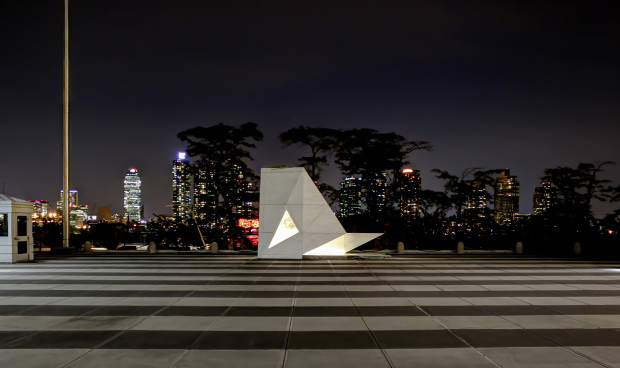 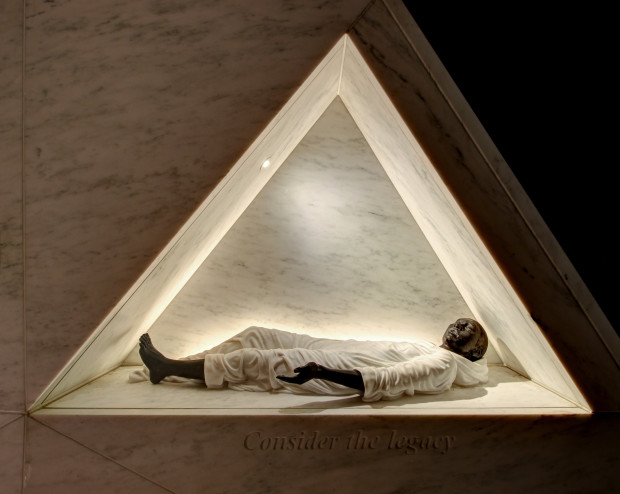 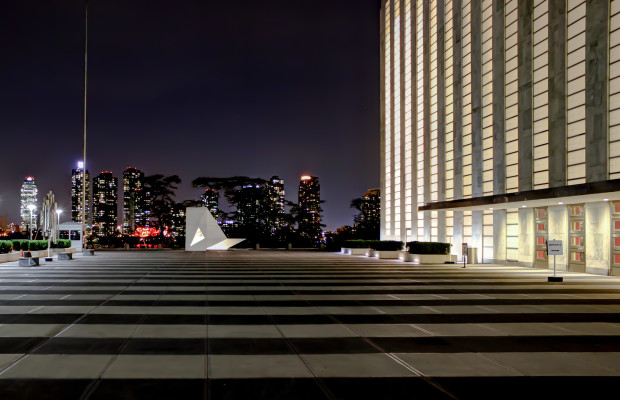 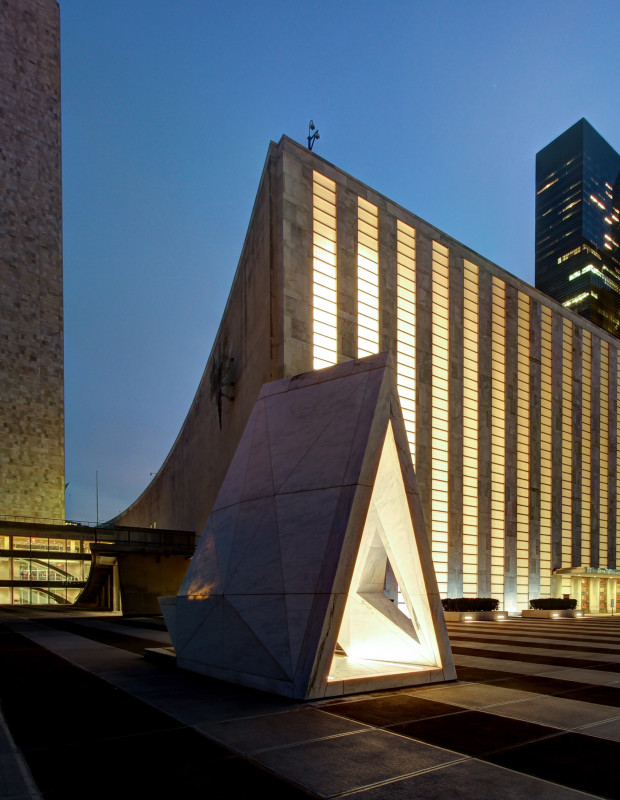 “Acknowledge the Tragedy, Consider the Legacy, Lest We Forget.” These three distinct phrases individually and collectively were established as the theme for the competition and form the inspiration for the design of the Permanent Memorial at the United Nations in Honor of the Victims of Slavery and the Transatlantic Slave Trade.” The 10' x 15' x 15' monument is constructed of triangular white marble panels over a stainless steel frame.

"The Ark of Return" memorial is prominently placed on the entrance plaza of the United Nations General Assembly building. It is a sacred space that is designed to psychologically and spiritually transport visitors to a place where acknowledgement, education, reflection and healing can take place.The memorial's exterior form is constructed in a fashion to reflect the image of a vessel or ship in acknowledgement of the millions of African people transported on slave ships to different parts of the world during the "Middle Passage." Images of maps depicting the "Triangular Slave Trade" influenced the use of the triangle as a primary element in designing the memorial's shape. The memorial is conceptually also organized in three parts and visitors are meant to pass through "The Ark of Return" to intimately experience three primary elements on the interior space.

The design is a collaboration between the Architect and stone masons, metal fabricators, sculptors, lighting designers and engineers. The first element is a three dimensional map inscribed on the interior of the memorial. This map highlights the African continent at its center and graphically depicts the global scale, complexity and impact of the triangular slave trade in "acknowledgement of the tragedy."

The second element is full scale human figure lying horizontally in front of a wall inscribed with images of the interior of a slave ship. This is meant to communicate and educate visitors on the physical conditions endured by the millions of African people transported under extreme conditions during the middle passage. The visitors are provided the opportunity to seriously "consider the legacy" of slavery's impact upon humanity.

The third element is a triangular reflecting pool which introduces water in a meditative, ritualistic and spiritual manner. Visitors are invited to pour libations or say a prayer in memory of the millions of souls that were lost "lest we forget" this monumental and historic tragedy.