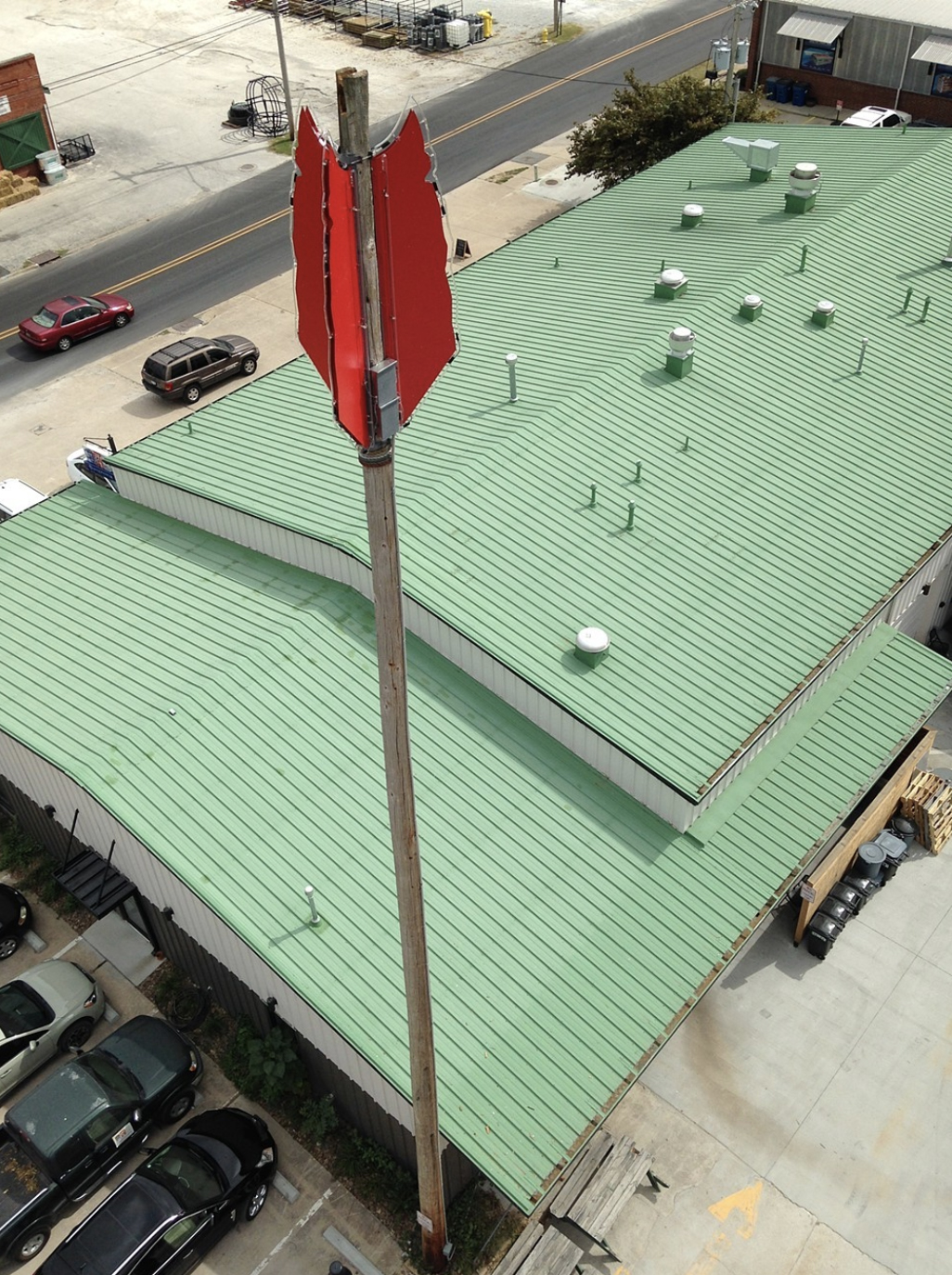 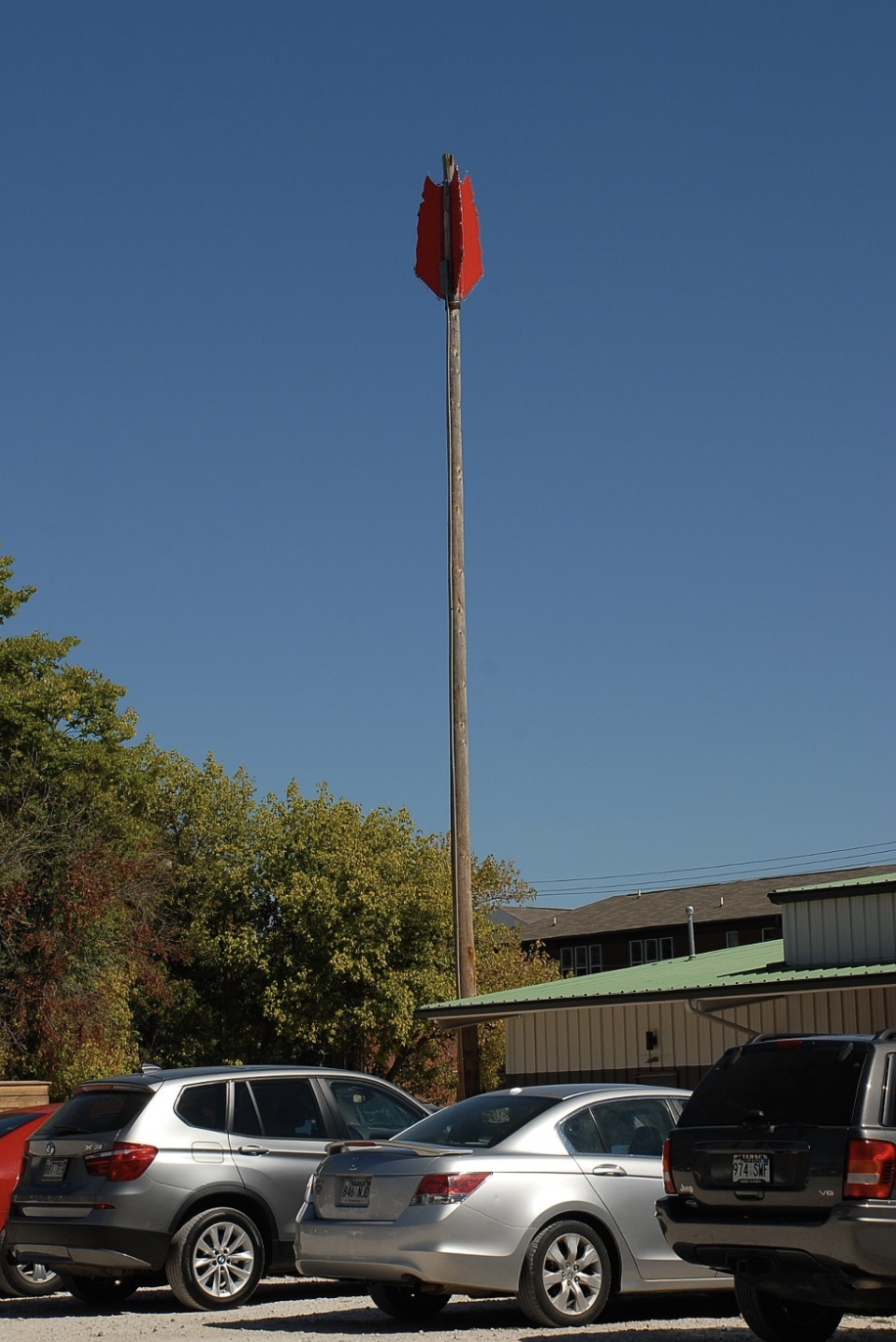 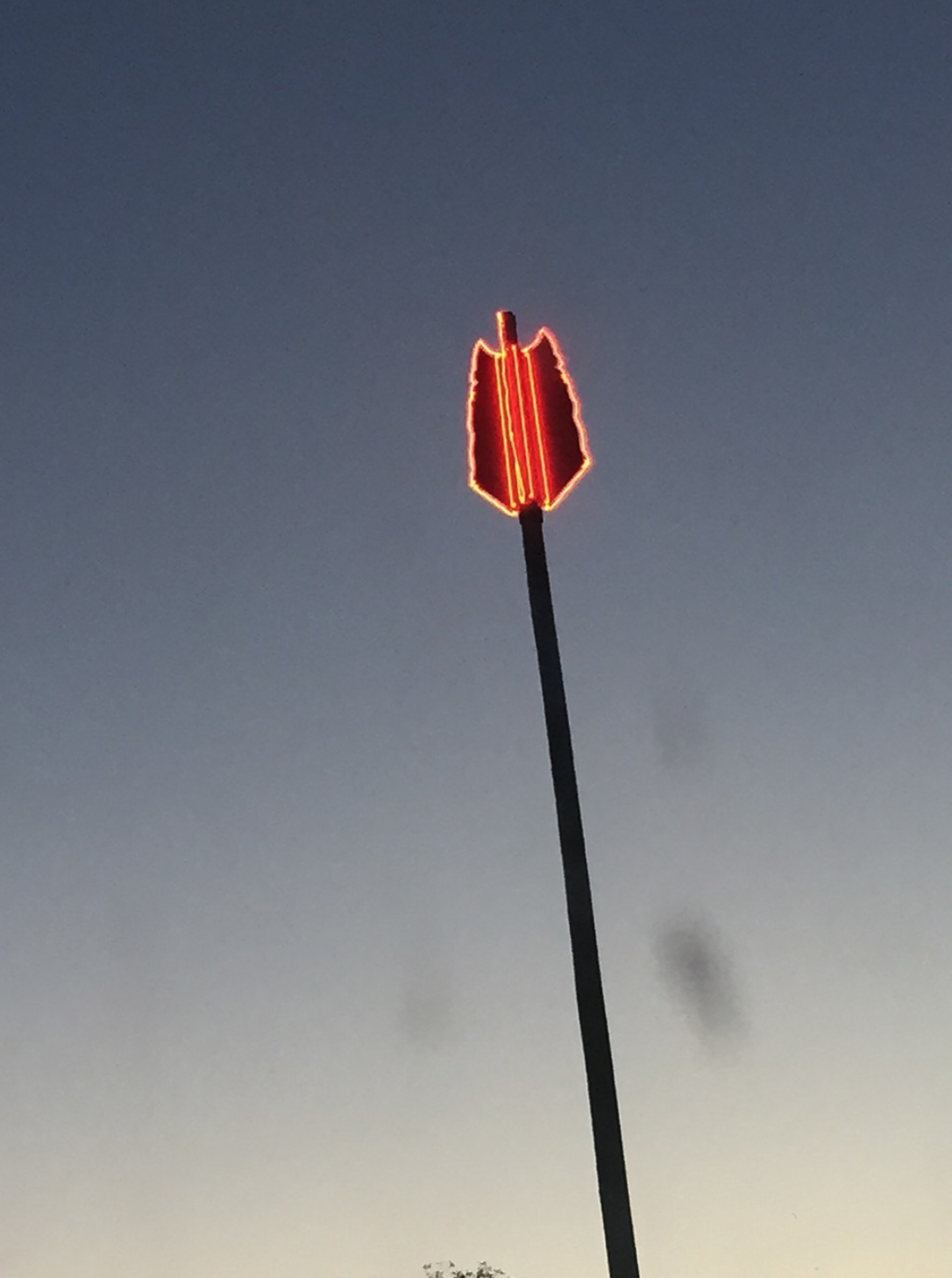 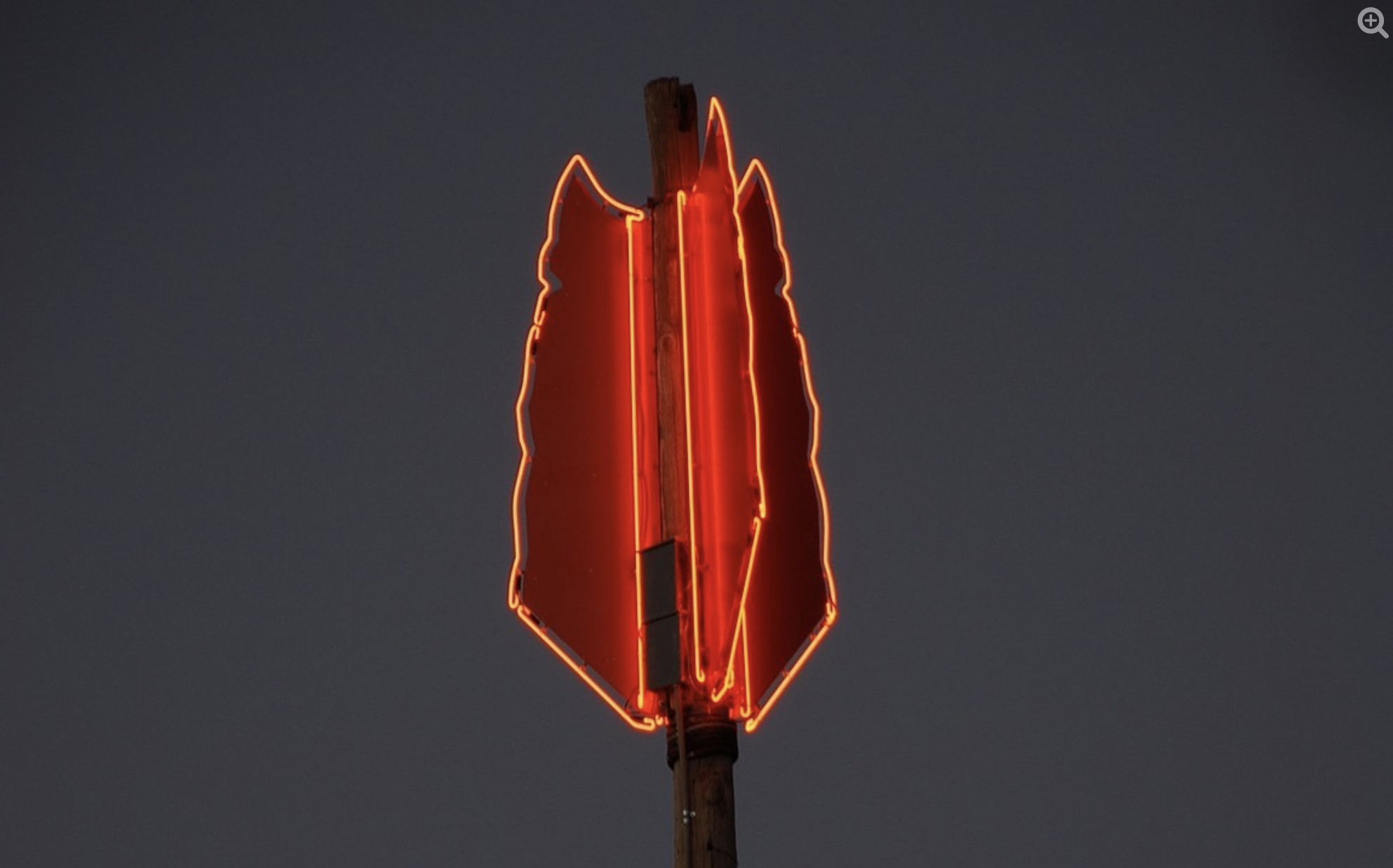 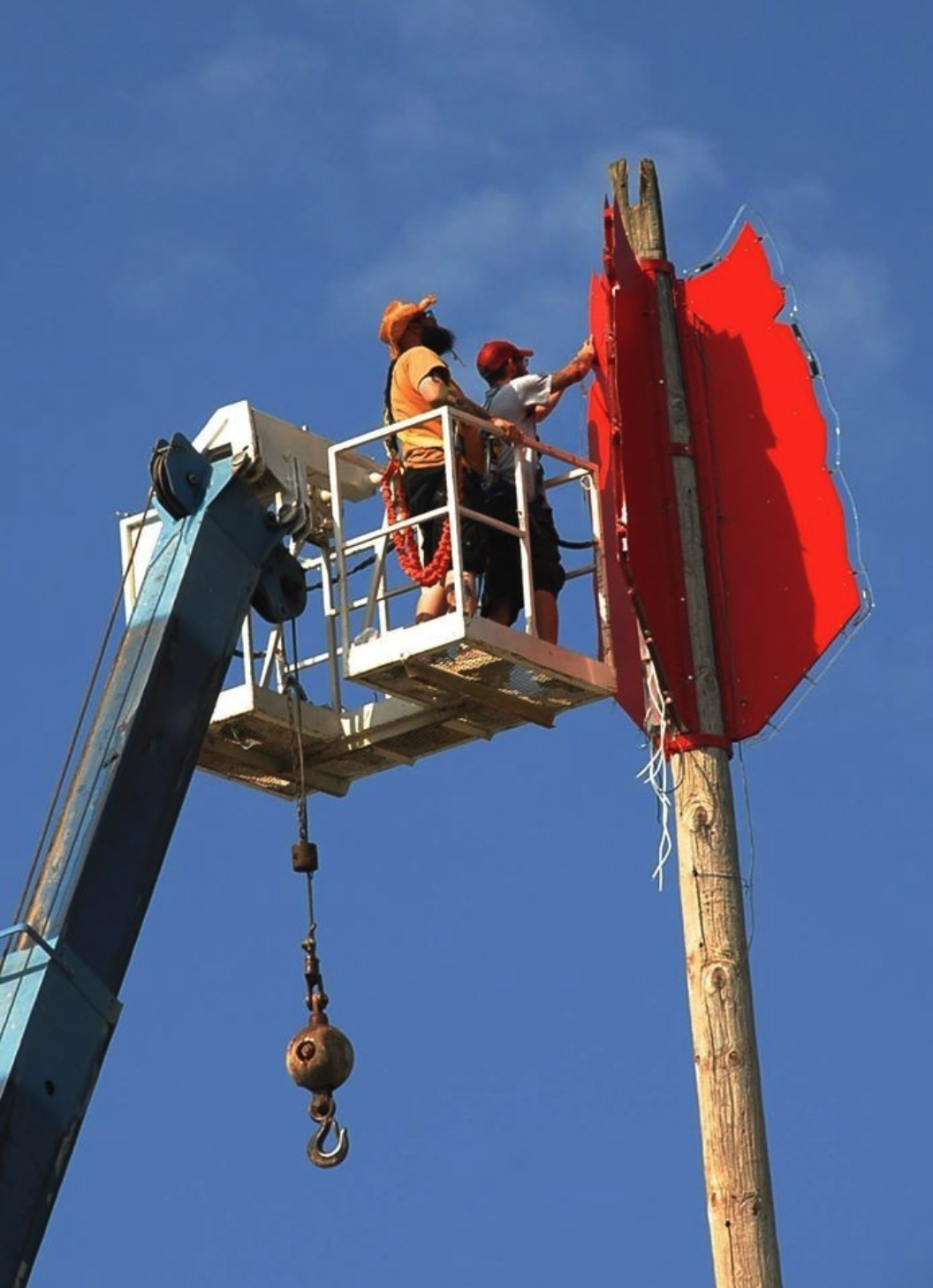 The first public artwork in the Bentonville, AR Arts District, The Three Feathers was commissioned by the developers of 401 SW A Street in Bentonville, AR. As the site was being developed I was asked to propose a work that would utilize a 60-foot unused utility pole on the NW corner of the property. The Three Feathers was constructed by shaping three large aluminum panels like half feathers, and attaching them near the top of the pole, creating the image of a large arrow embedded in the ground. The feathers were designed to incorporate neon, and the large red flame-like feather profiles glow after dark, resembling a torch.

As a development referred to as "The Hub," the goal of The Three Feathers was to create a work that functioned as an icon and brand for the whole project. The artwork has become a local landmark, and it aids in locating the development by marking it like a monumental map pin.

I worked with Maxey Sign & Neon of Fort Smith, AR on fabrication of the feathers and neon , with Don Johnston, PE, on engineering, and with Milford Crane Service on installation.

The project has since become a local landmark, appearing on T-shirts, the Bentonville Film Festival Snapchat filter, and other local commerce related collateral.