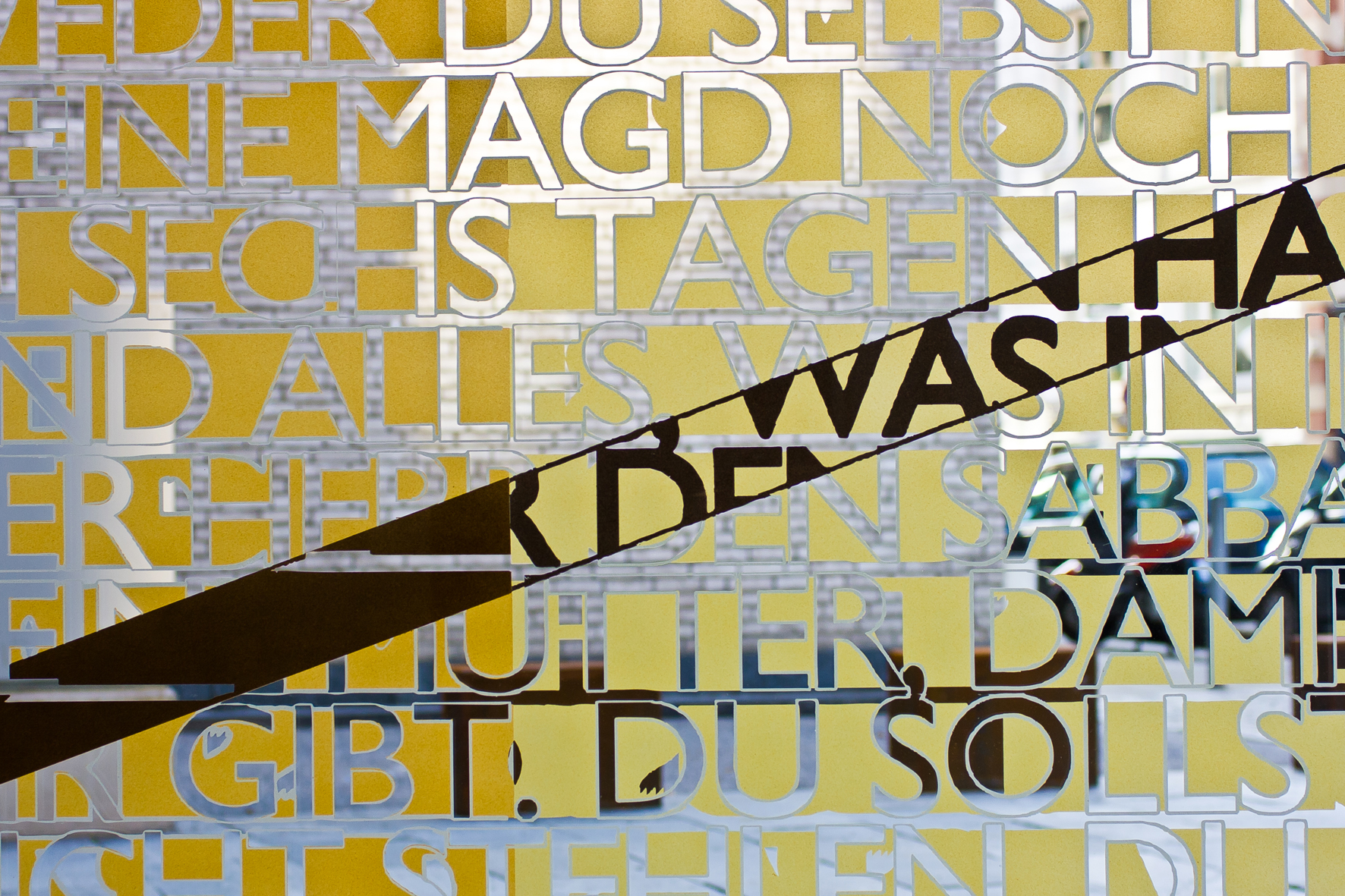 The 10 by 100 feet wall was done as a structural glazing and one part forms a new room under the attic and old main entrance of the old concrete church structure build 1965 by architect Rudolf Esch. A garage gate on the right was also part of the design and was realized in 2011. This gate was made out of corten steel like the new signature installation at the courtyard that was installed end of 2015. The Church building is now listed on a historic register and its characteristic brick structure was the intial point of this nameplate.

The Ten Commandments signify the importance of the message of the cross for the Evangelic Reformed Church of Hamburg, Germany. To show the origin of the community this text is written in 6 different languages: Hebrew, old and new French, Dutch, English and German - all of which are important in the history of this congregation. The main part of the wall separates the vestry from the courtyard, the new main entrance is integrated with the glass facade and on the left the wall becomes a fence with a patio. The allover text was created using computer-cut stencils for masking and airbrushing special glass colors in layers to achieve this particular opacity and clear glass fragments. The specially mixed colors inside the double-glass-units has a rich colorfulness that is seen even without the light from behind. The goal was to create a stained-glass work which would both close and open the room at the same time, in this way allowing to show the activities of the parish through the semitransparent design without leaving them entirely on show.