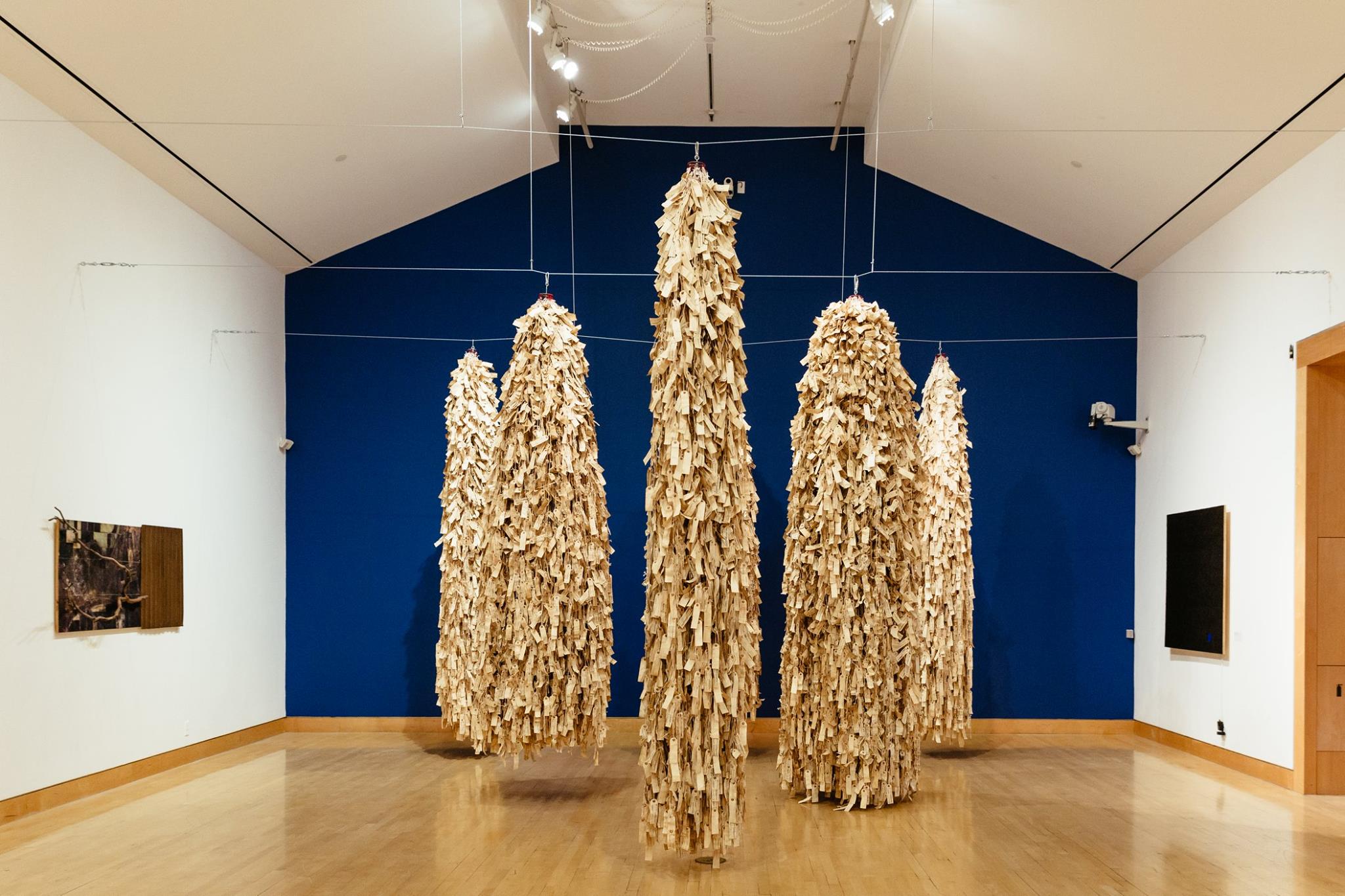 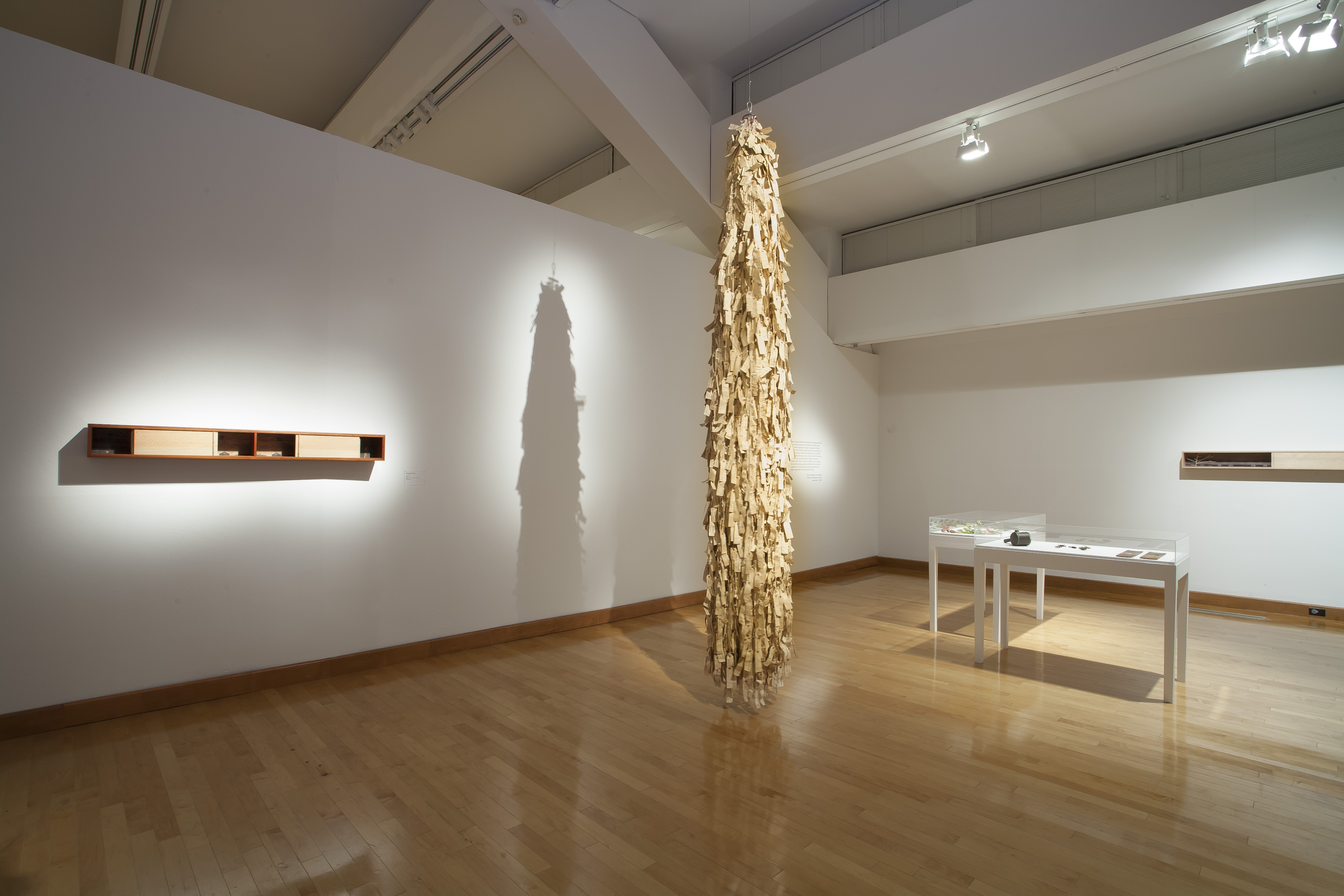 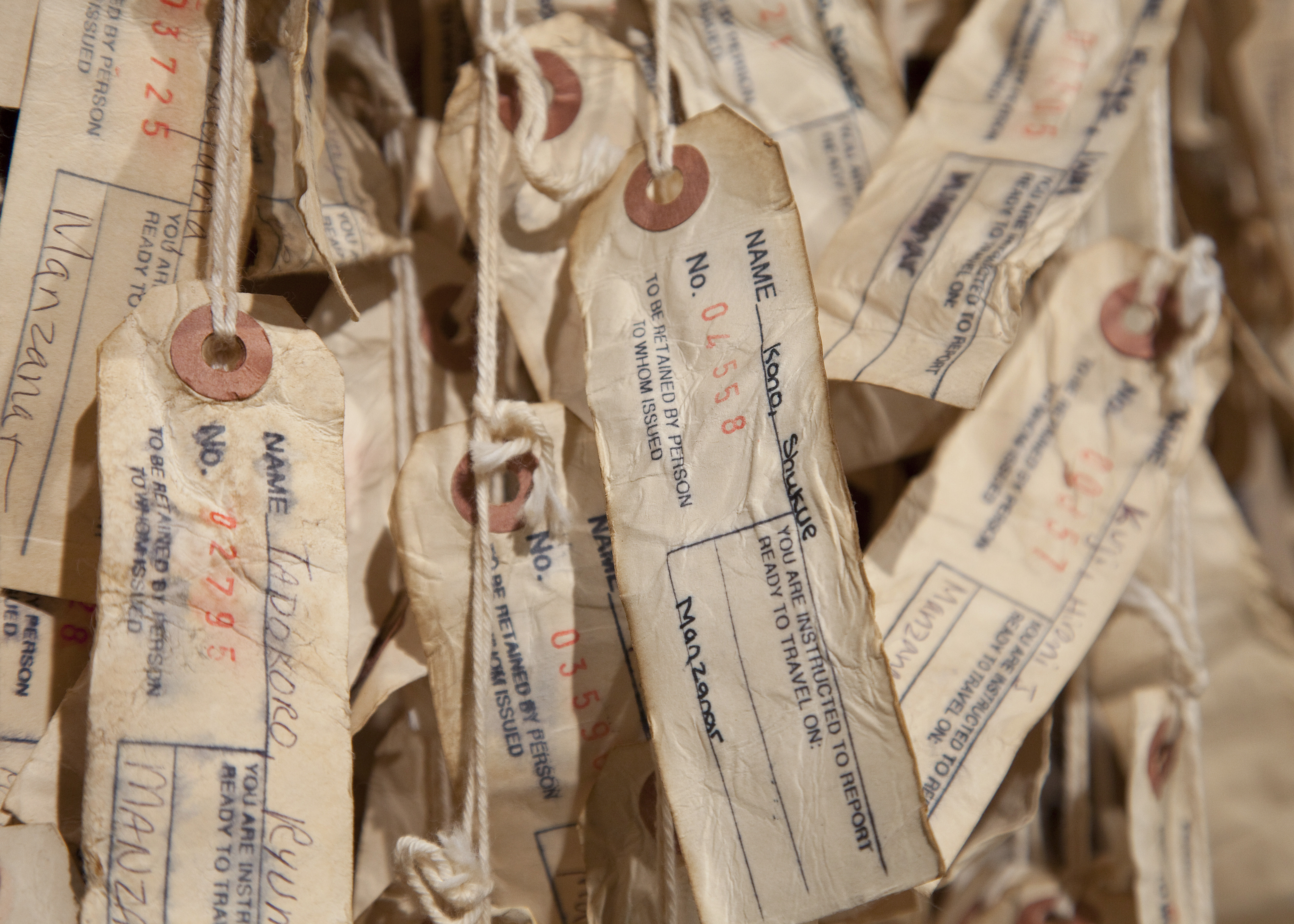 Ten groupings of tags, each ranging from 12' high and 3-5' in diameter contain replicas of the tags that were issued to 120,000 Japanese Americans who were forced into 10 detention camps hastily built in remote and desolate areas across the United States. Each tag is inscribed with the individual names of each detainee and their ID number which was issued to them.

The incarceration of 120,000 Japanese Americans (well over half of them were American citizens) during WWII is still a little known fact that only recently has been introduced in American history books today. Sadly the project still has relevance now which resonates during the anti-Muslim hysteria that took place after 9/11, and the current migrant issues here in the US and abroad. Showing the scope and sheer numbers of people forced into these camps was the incentive for creating these tags.

This was a true collaboration project, which took four years to complete. From the stamping of each tags, the writing of the names, stamping of numbers, weaving them into strands, and aging the paper on the tags were accomplished with hundreds of volunteers. The project traveled to high schools, colleges, art institutions, temples, churches and galleries, where volunteers can just walk in and help with any of the steps listed above. The volunteers also became immersed in the data and familiarized themselves with the hundred thousand plus Japanese names and their locations. Many of the volunteers were children who helped tie the strings on the tags.