The Sound That Light Makes - CODAworx 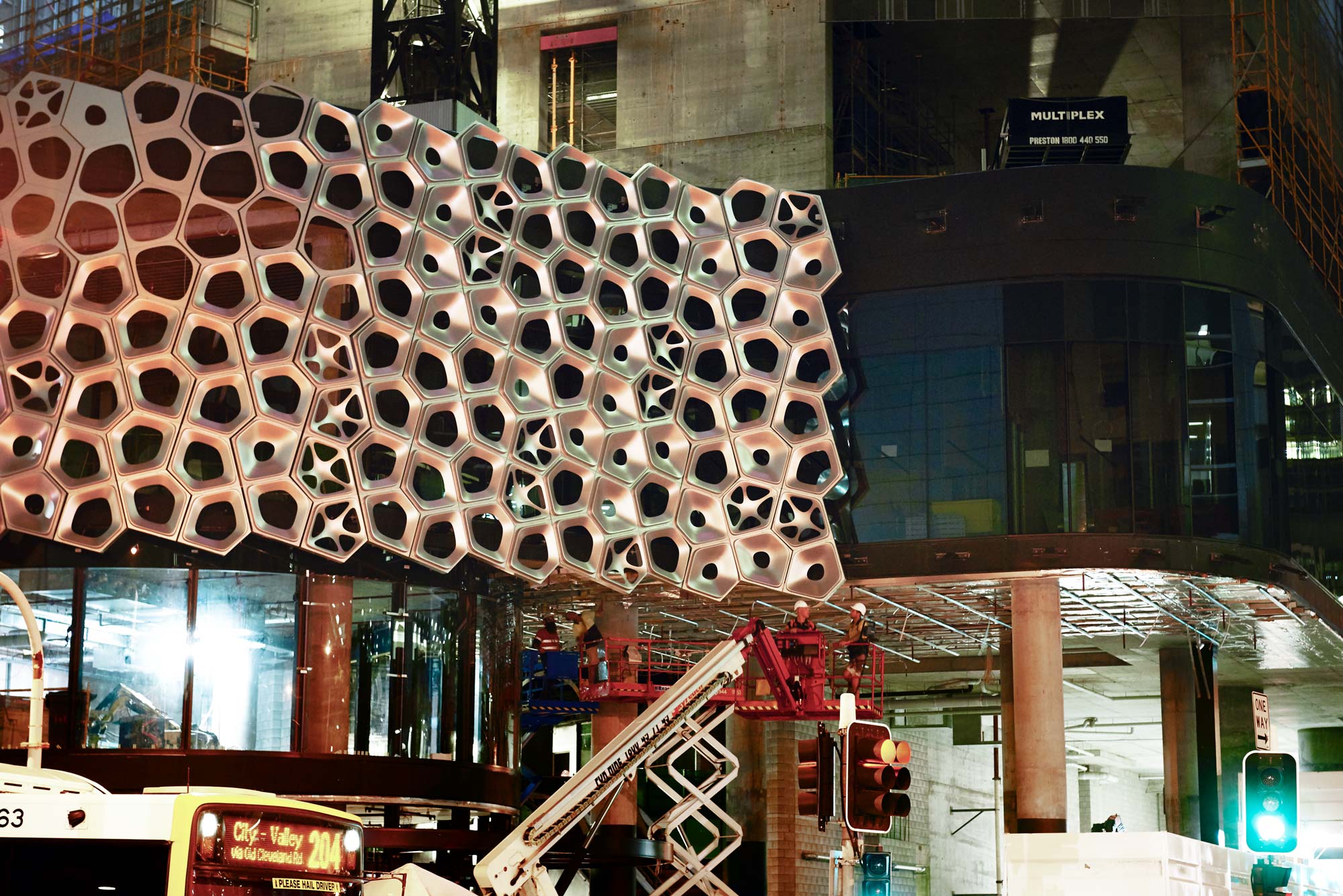 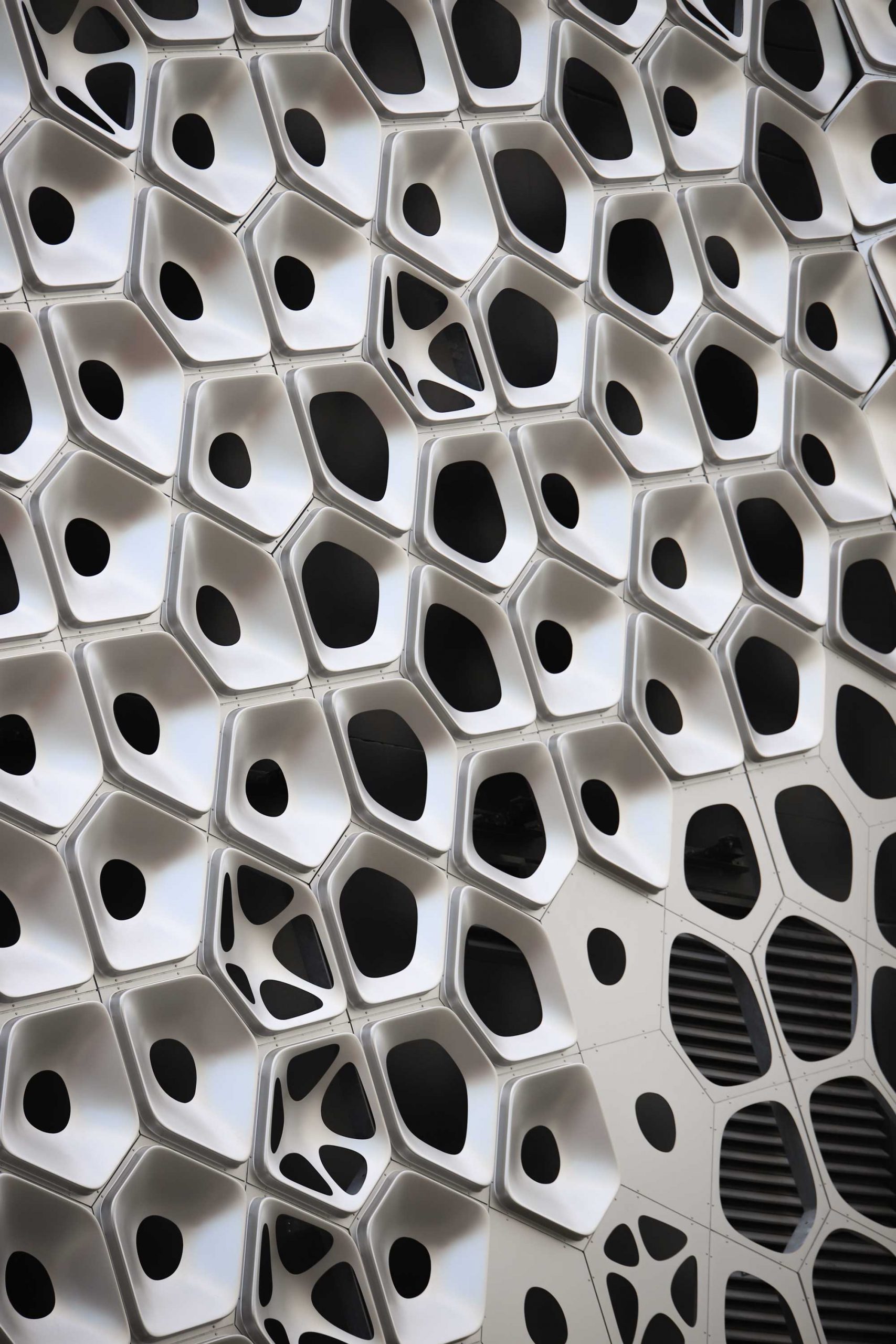 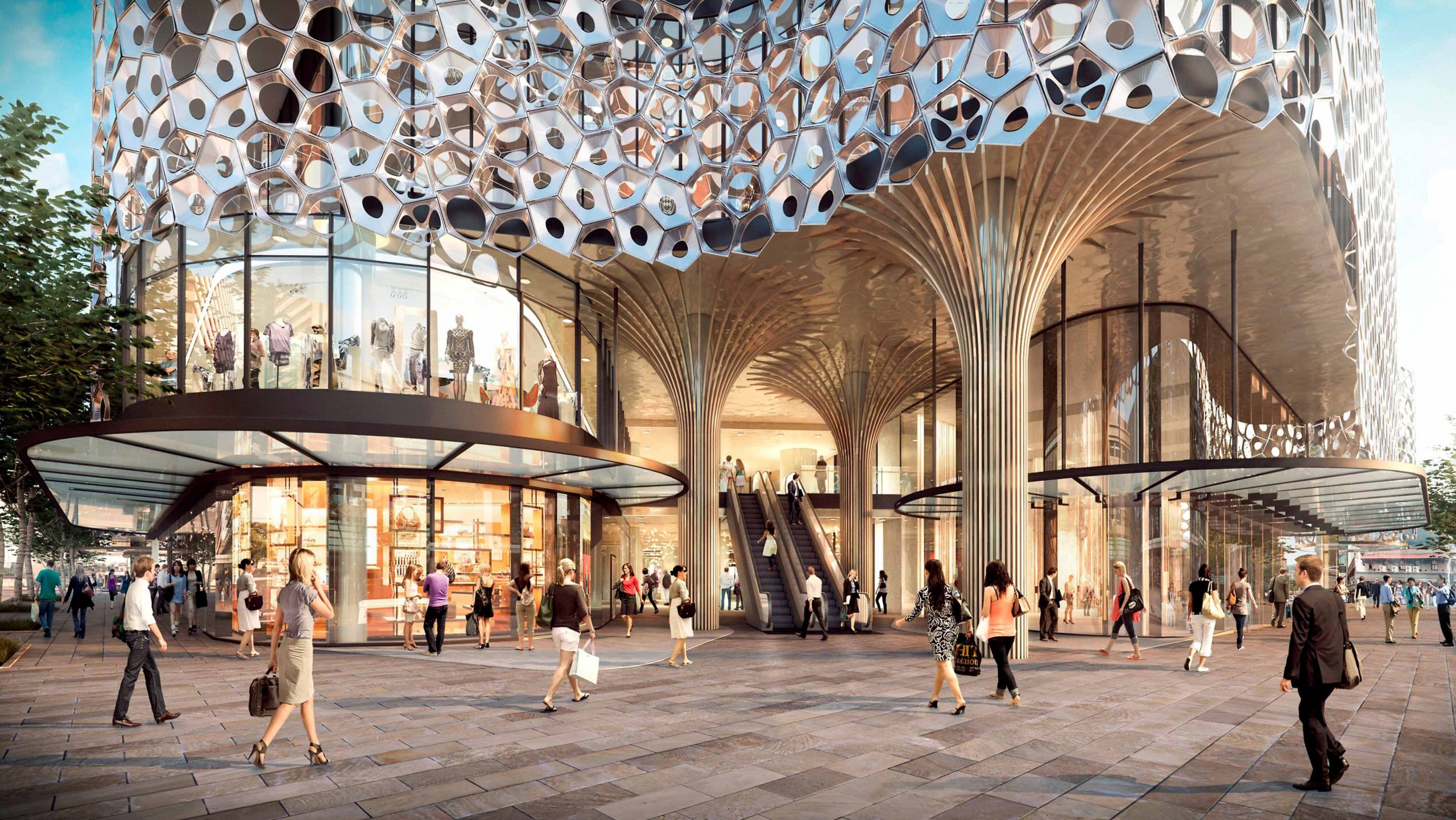 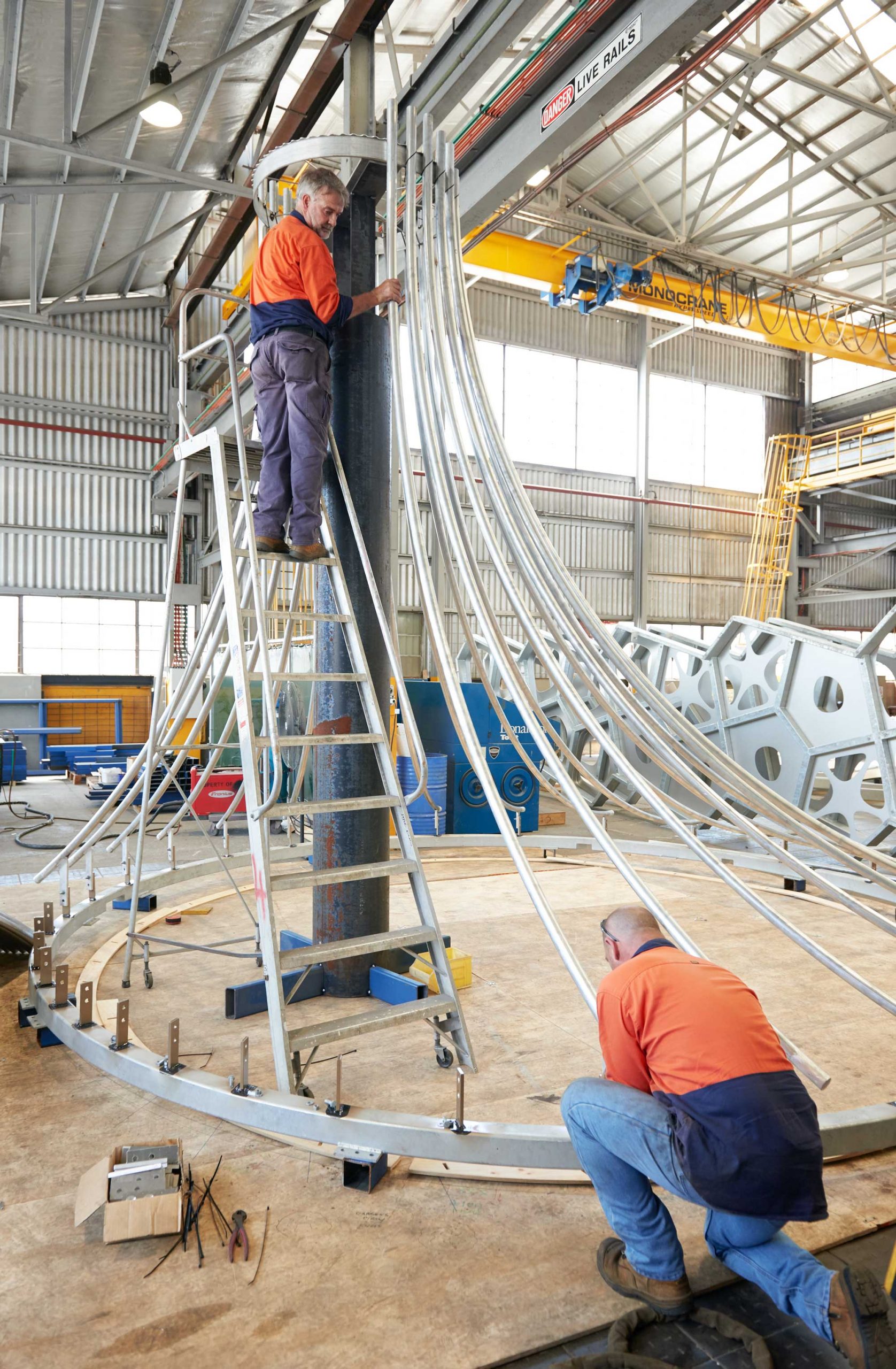 The Sound That Light Makes by renowned Australian artist Alexander Knox forms the exterior screen to the newly developed 300 George Street precinct in Brisbane, Australia. Wrapping around the podium at the base of the three tower site, the work creates an iconic visual signature and landmark for the soon-to-be-completed high-end commercial area.

Spanning 2660 square metres and comprised of over 2500 3D pressed and planar aluminium panels, the work uses geometric and organic shapes to explore the effect of light shimmering on the surface of water. Its three-dimensional metallic surface is designed to catch and mimic the kinetic nature of light on water, bringing the influence of natural forces into the highly urbanised setting of Brisbane’s CBD. The art façade’s title The Sound That Light Makes refers to the shimmer of light on water as a whisper from the sites pre-urban epoch.

Through the use of algorithmic design tools, Knox and his Melbourne studio developed the pressed and 3D laser cut design and artwork concept. Working collaboratively with the artist and developers Multiplex, UAP developed Knox’s design and constructed and installed the artwork in separate phases. In addition to the façade, UAP was also commissioned by Multiplex to develop the three entry columns, which were designed and fabricated in UAP’s Brisbane studio and workshop.