The Sound of Freedom in Captivity - CODAworx 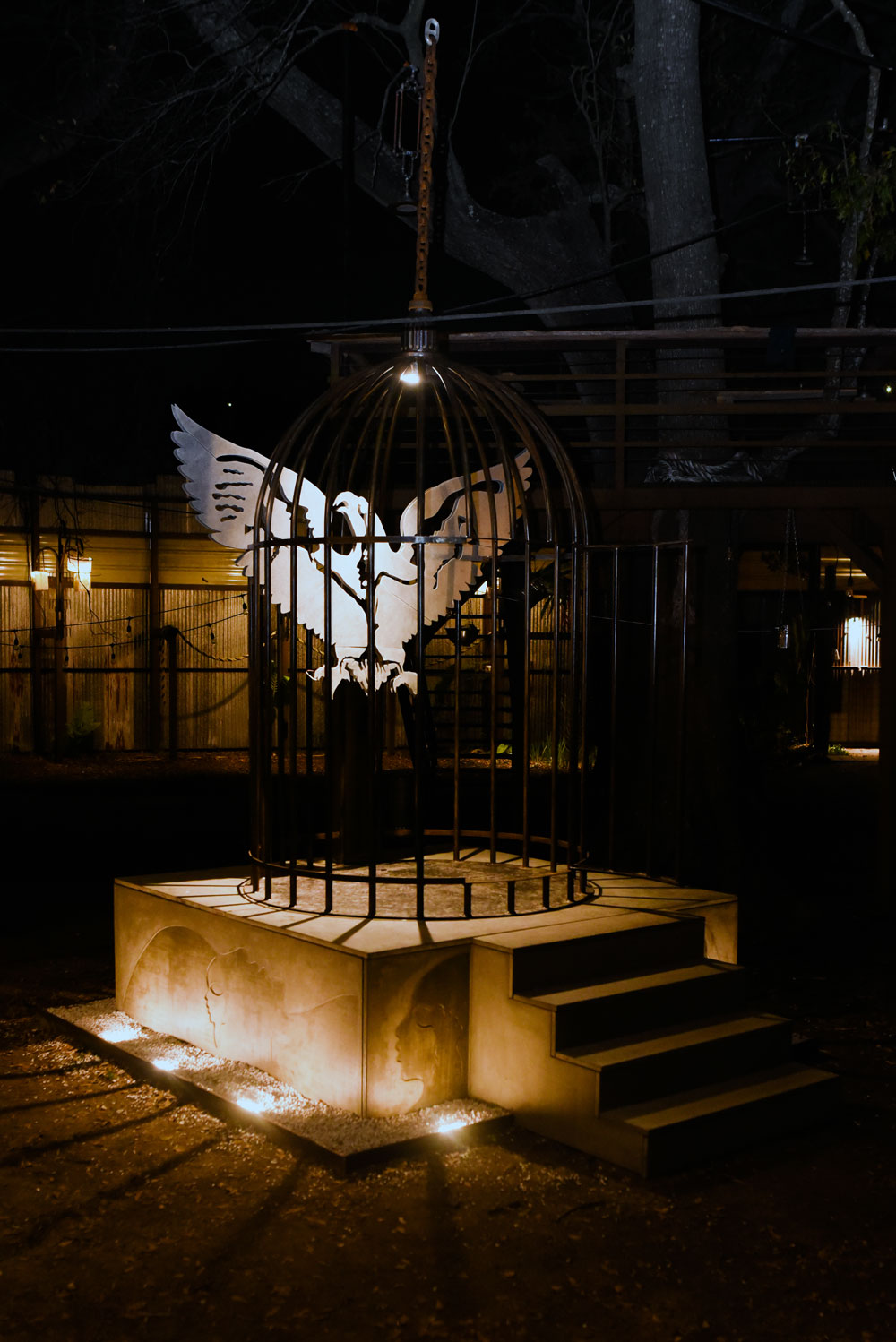 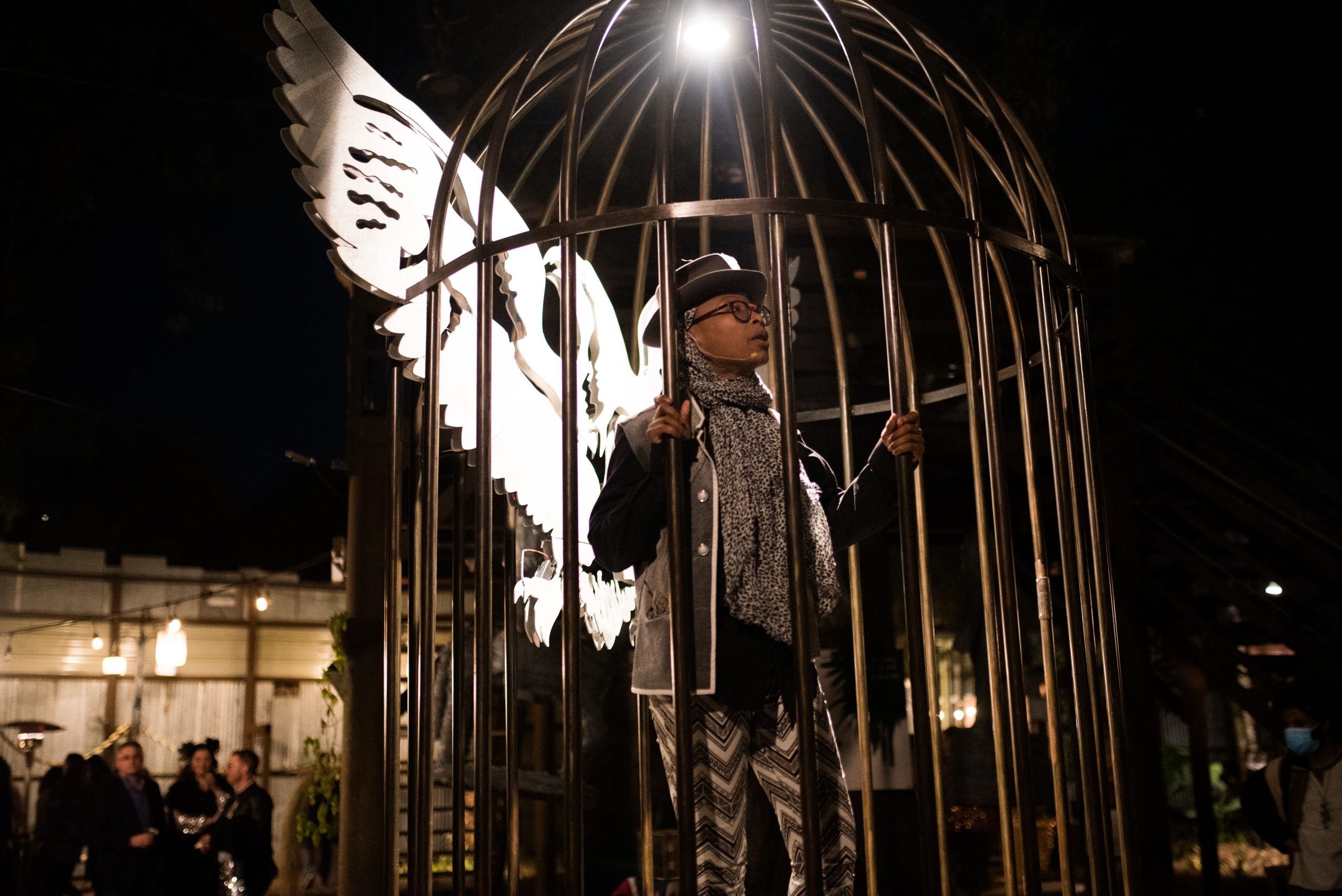 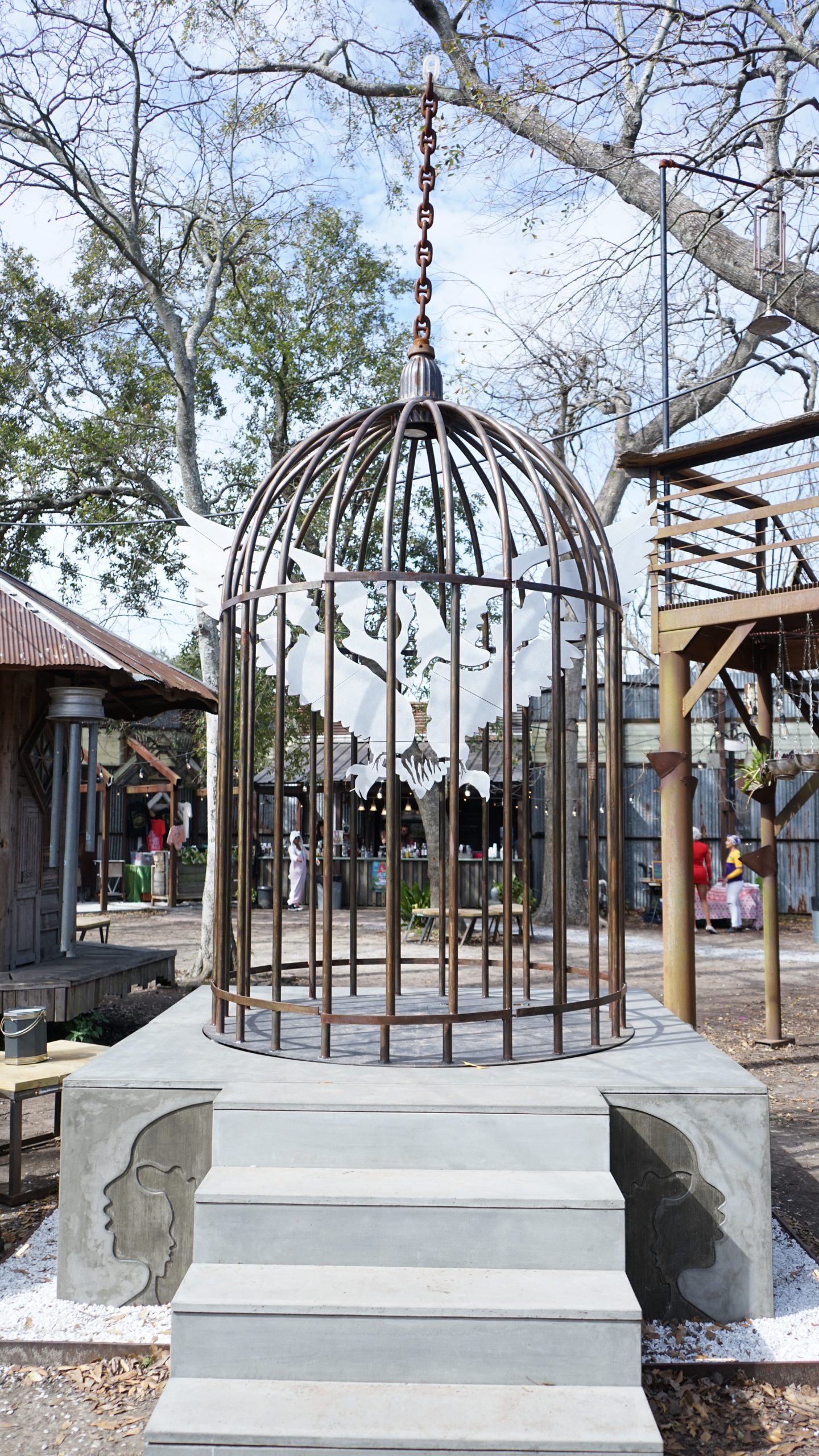 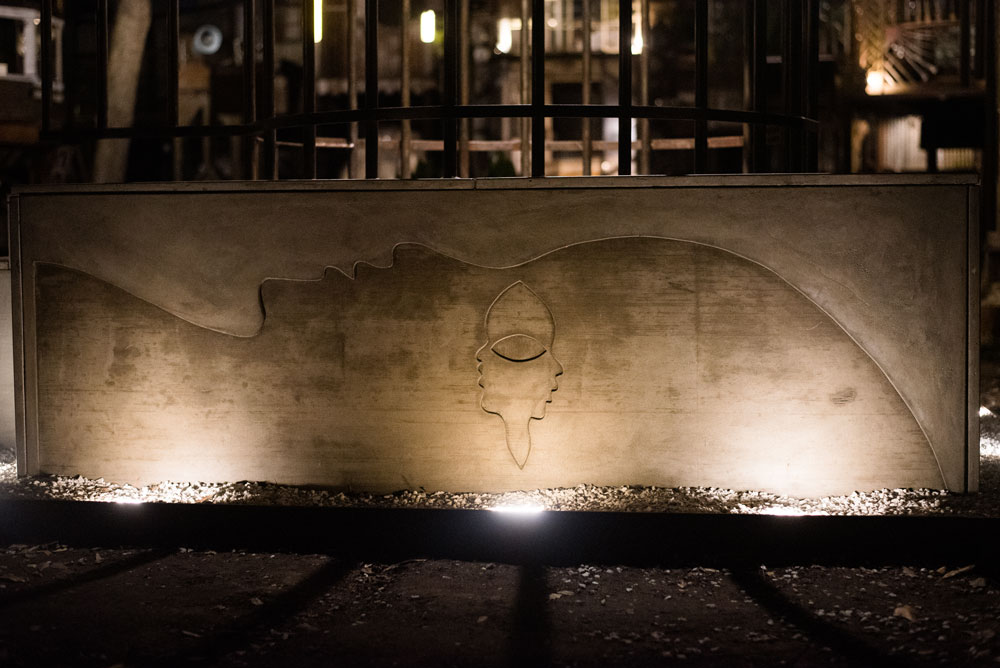 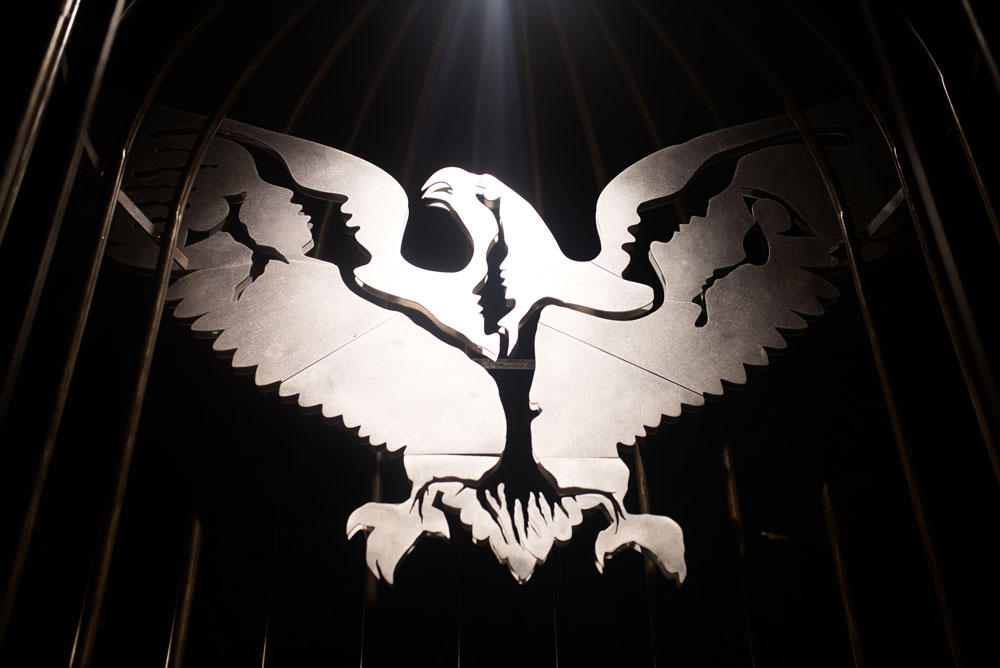 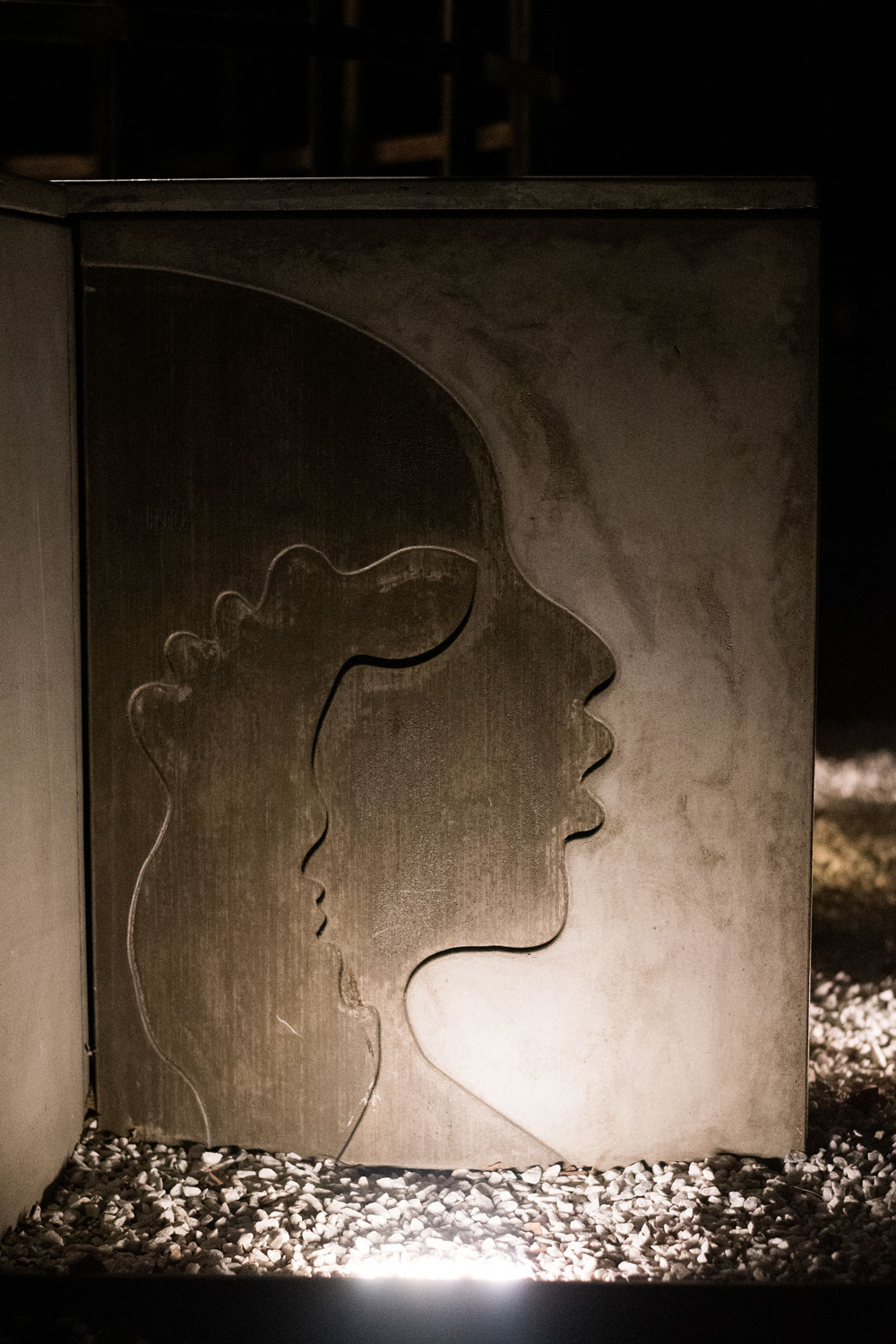 The Sound of Freedom in Captivity is an interactive musical sculpture located at The Music Box Village in New Orleans, LA. The sculpture consists of a monumental birdcage that the public can enter, and interact with a CNC-cut aluminum eagle rendered in Lonnie’s signature style. The eagle spreads its eight-foot metal wingspan inviting people to touch its surface and trigger audio recordings of Lonnie singing, whistling and playing various instruments. The public are invited to play this sculpture like a musical instrument by arranging the twelve touch-activated recordings into unique live compositions.

Eleven professional artists and fabricators worked on this piece over a span of eight months. Each piece of the project is in and of itself a commissioned artwork from the upright chain provided by Dawn DeDeaux to the Bas Relief concrete executed by Evan Galbicka.

Our collaboration began at Pulp Arts fabrication shop in Gainesville during an artist residency. We began the process with a maquette and experimenting with sound moving through pipes but quickly started exploring the idea of capacitive touch as a means to trigger audio. After-which we took our ideas and applied them to an existing commission in New Orleans. Before arrival in NOLA, we built 3d models of the piece to establish a basic design. We then worked closely with the fabrication team at the Music Box Village to flesh out our initial designs and we constructed the piece in two multi week trips to their workshop. The Aluminum eagle was constructed at Pulp Arts where we programmed an Arduino to handle the capacitive touch information.