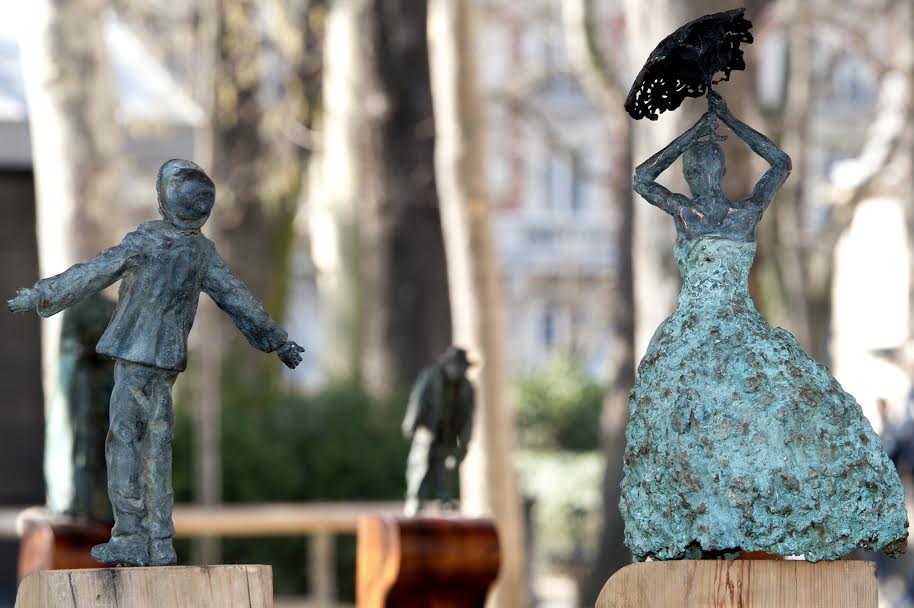 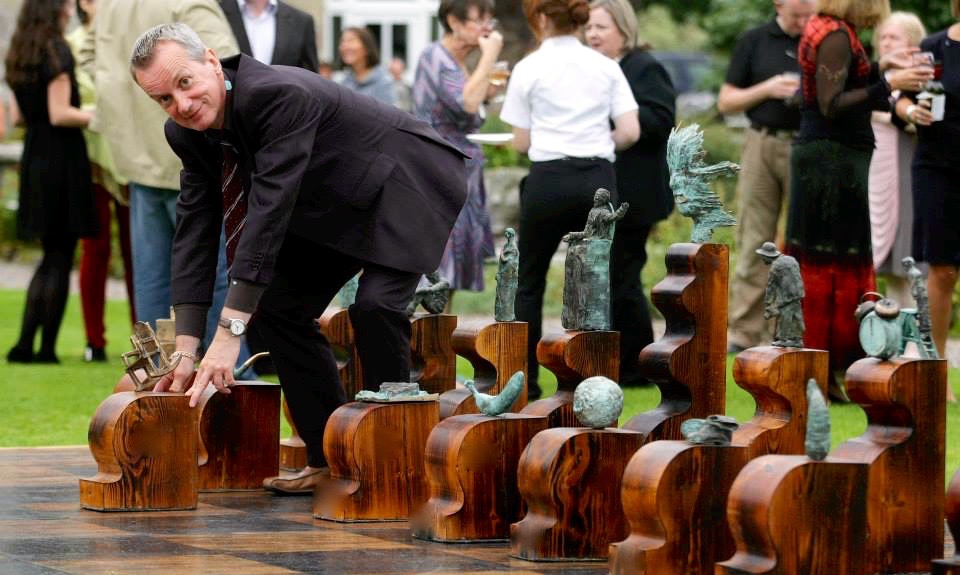 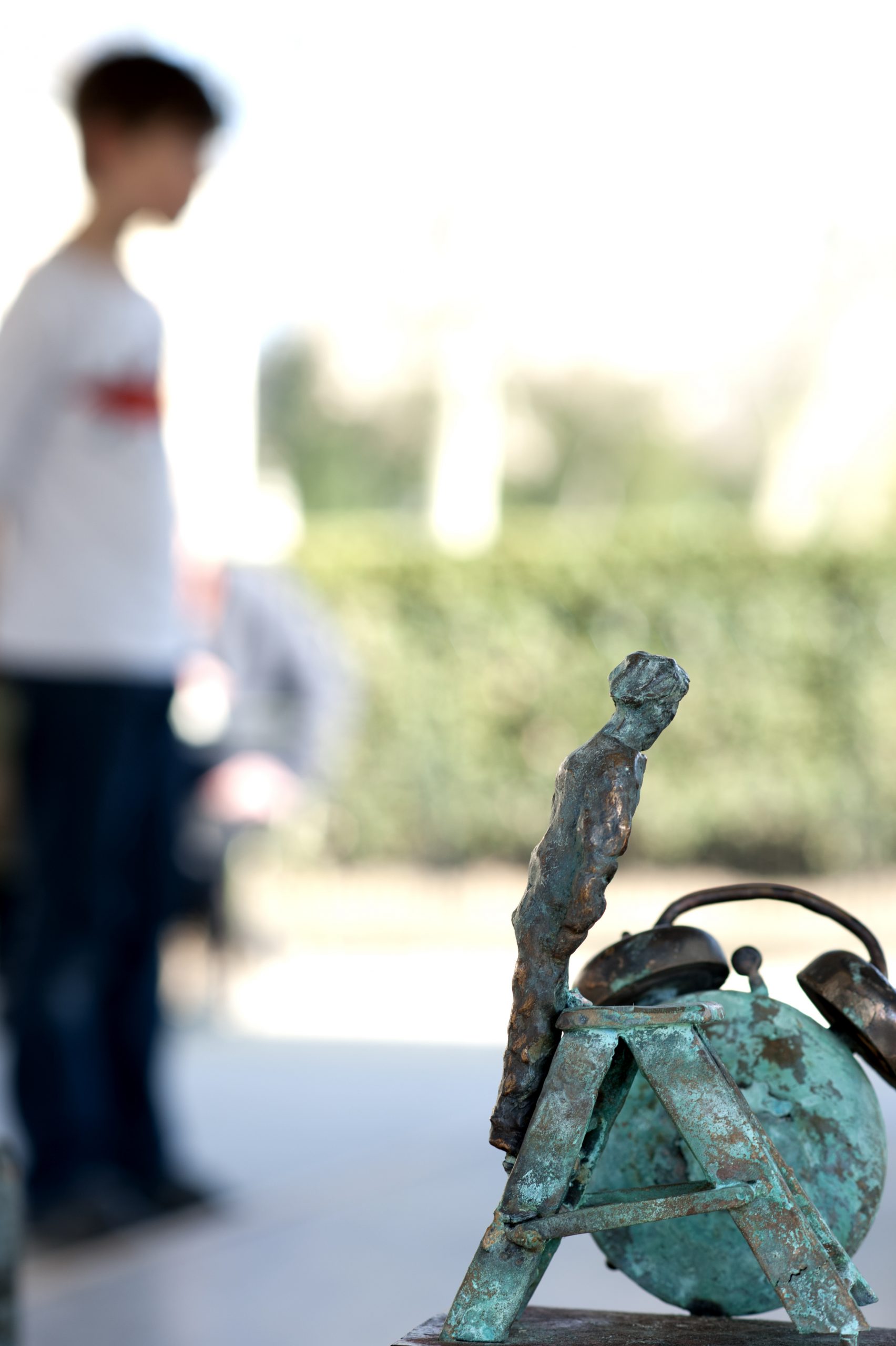 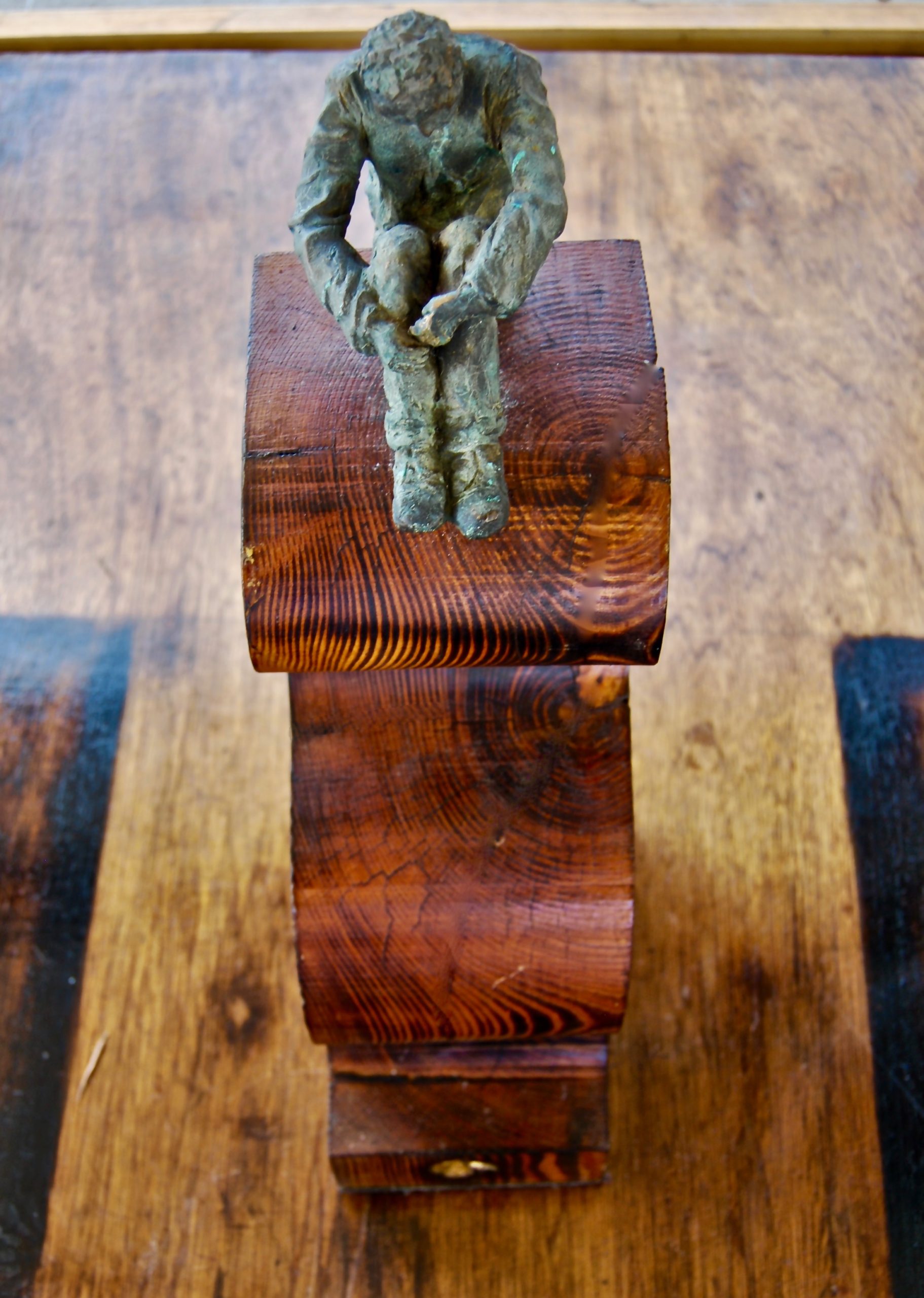 The goal was to create a movable piece of fine art that would be the centerpiece for this international festival. The finished work was exhibited in many public and private spaces including castles, squares, museums, public gardens, and even the Irish embassy in Paris. In an effort to honor the Good Friday Agreement, individual pieces where placed in public spaces, such as Protestant and Catholic churches, on both side of the border. A personal goal was create an original work that was both beautiful and playful. When I see French photographer Cordula Tremi's series of photographs of people interacting with the work, I feel that the work is being appreciated in playful manner.

As Samuel Beckett loved to play chess, especially at the famed Jardin du Luxembourg in Paris, Sean Doran commissioned a chess set for the Beckett Festival. I spent several months reading the writer's work, including letters to and from him. His nephew allowed us access to personal papers and his study. After the chess set was premiered at the festival, it was shown in a wide variety of venues and eventually found its way to Beckett's favorite site for a chess game, The Jardin du Luxembourg. The Centre Culturel Irlandais arranged for it to be exhibited at the iconic sculpture garden as part of a cultural exchange.

Exhibit sites included The MAC - Metropolitan Arts Centre in Belfast and Royal Hibernian Academy in Dublin and The Jardin du Luxembourg, as part of a cultural exchange for Centre Culturel Irlandais, Paris, France, 2016. Project was featured on BBC Radio “Arts Extra,” The New York Times, The Guardian, Belfast Telegraph, and is now part of the collection at the Beckett Literature Centre, Northern Ireland,