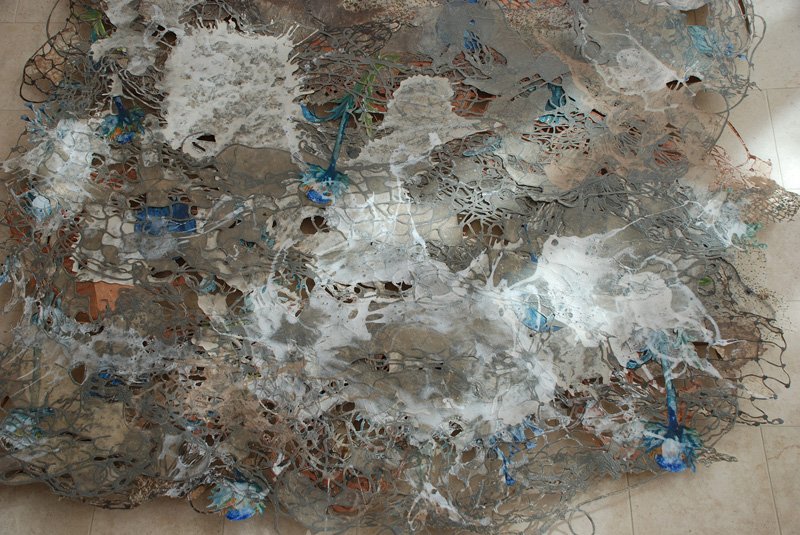 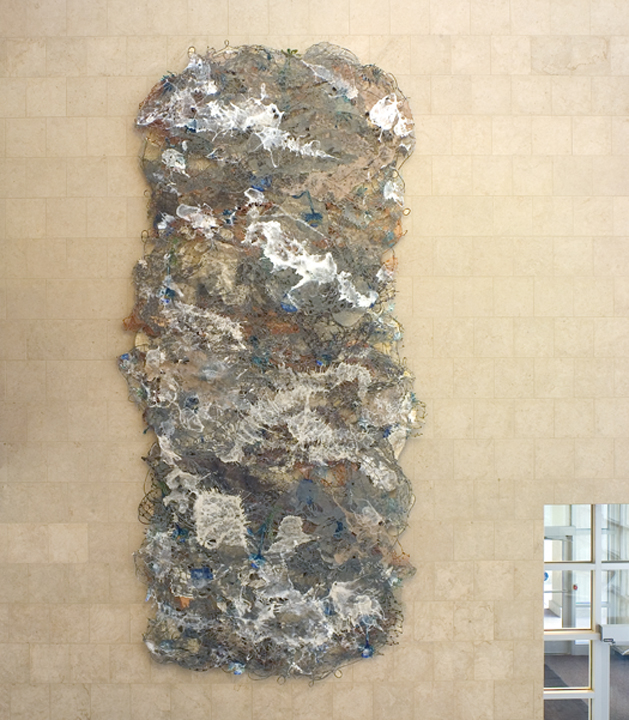 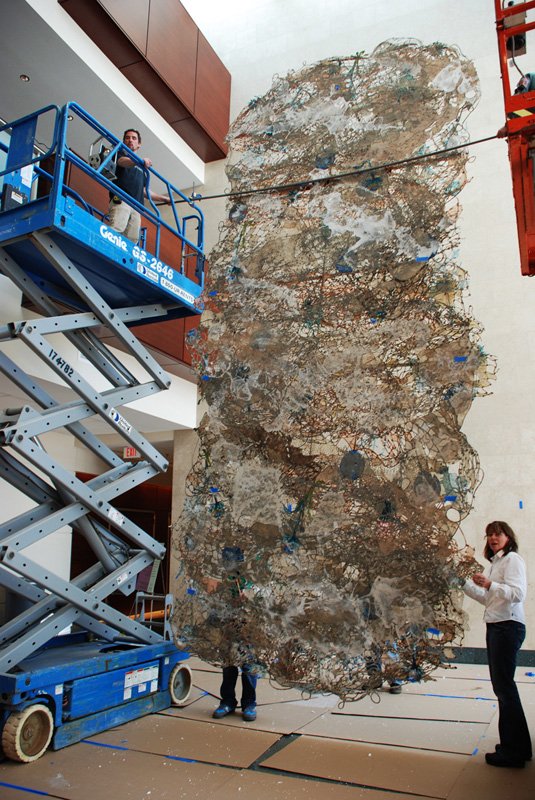 The Project “Power of Blue” was in two parts. The artwork, 22 ft x 10 ft made of handmade paper, cut, printed and layered that was attached to an aluminum frame, and the Donor Wall, made of etched glass and laser cut steel. These works are in the lobby of the nursing school. The concept of the work was influenced by the Badianus Manuscript, the first illustrated medical text of the Americas of healing plants from 1552 and the knowledge that there are aquatic plants in the ocean thought to be the next cure for cancer.

The commissioned works were started when the building was about one year from completion.

I worked with the BJH Foundation to determine the overall design of the donor wall and presented my ideas for the Power of Blue to them. I wanted the project to reflect the knowledge that we learn from the past. When working at the Medical Library I learned that many times residents came to look at illustrations to find body parts they had a hard time finding in actual bodies. Because of the scope of the project, I worked with experts in glass etching and metal fabrication.

Water is the life force of the planet. As we are finding out about the power of healing associated with water, we are polluting our oceans with plastic and toxic chemicals. Through the layering of cut paper I wanted to create the same feeling as if one was staring into the waters, not sure what was lying below the surface.