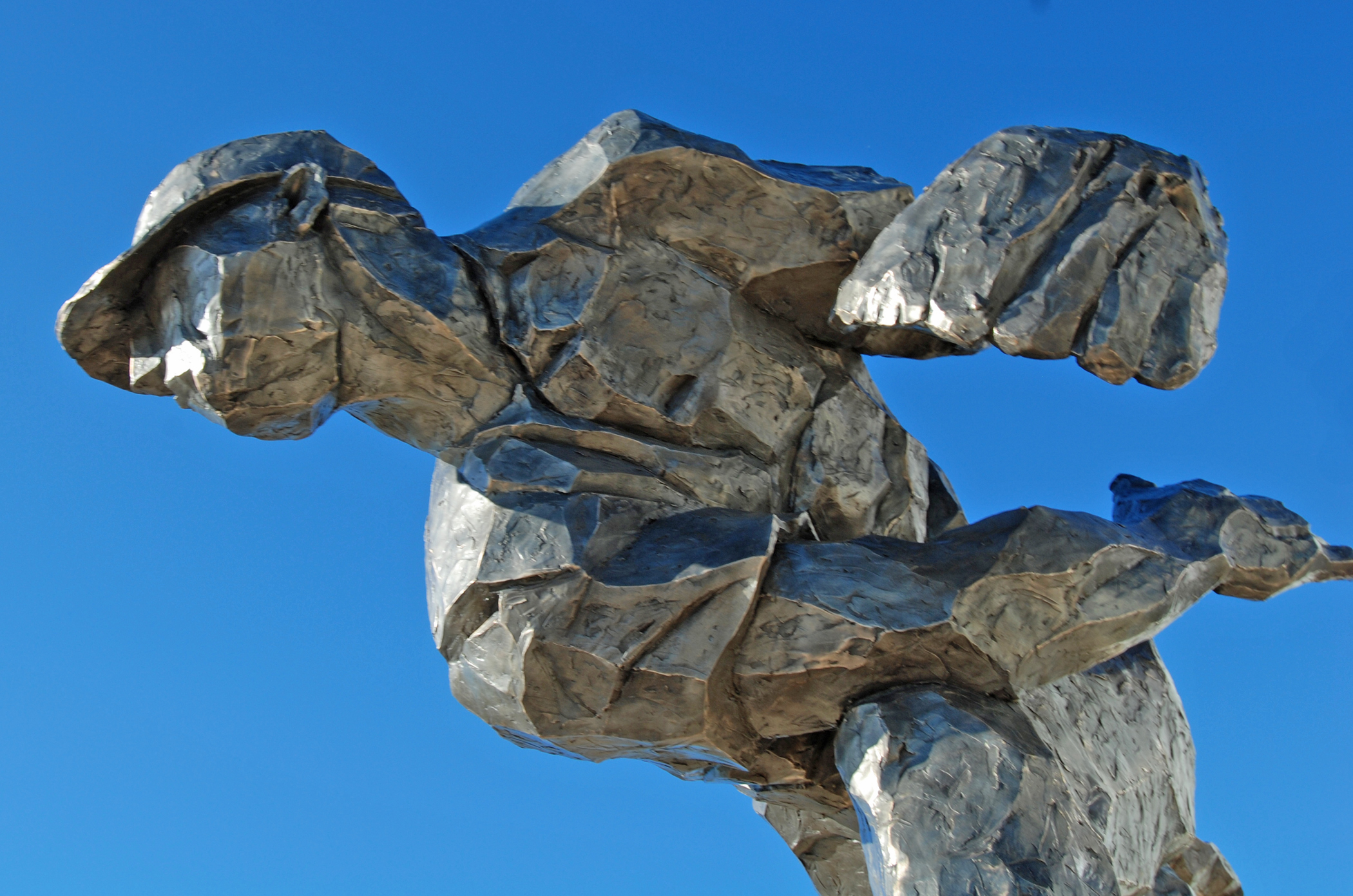 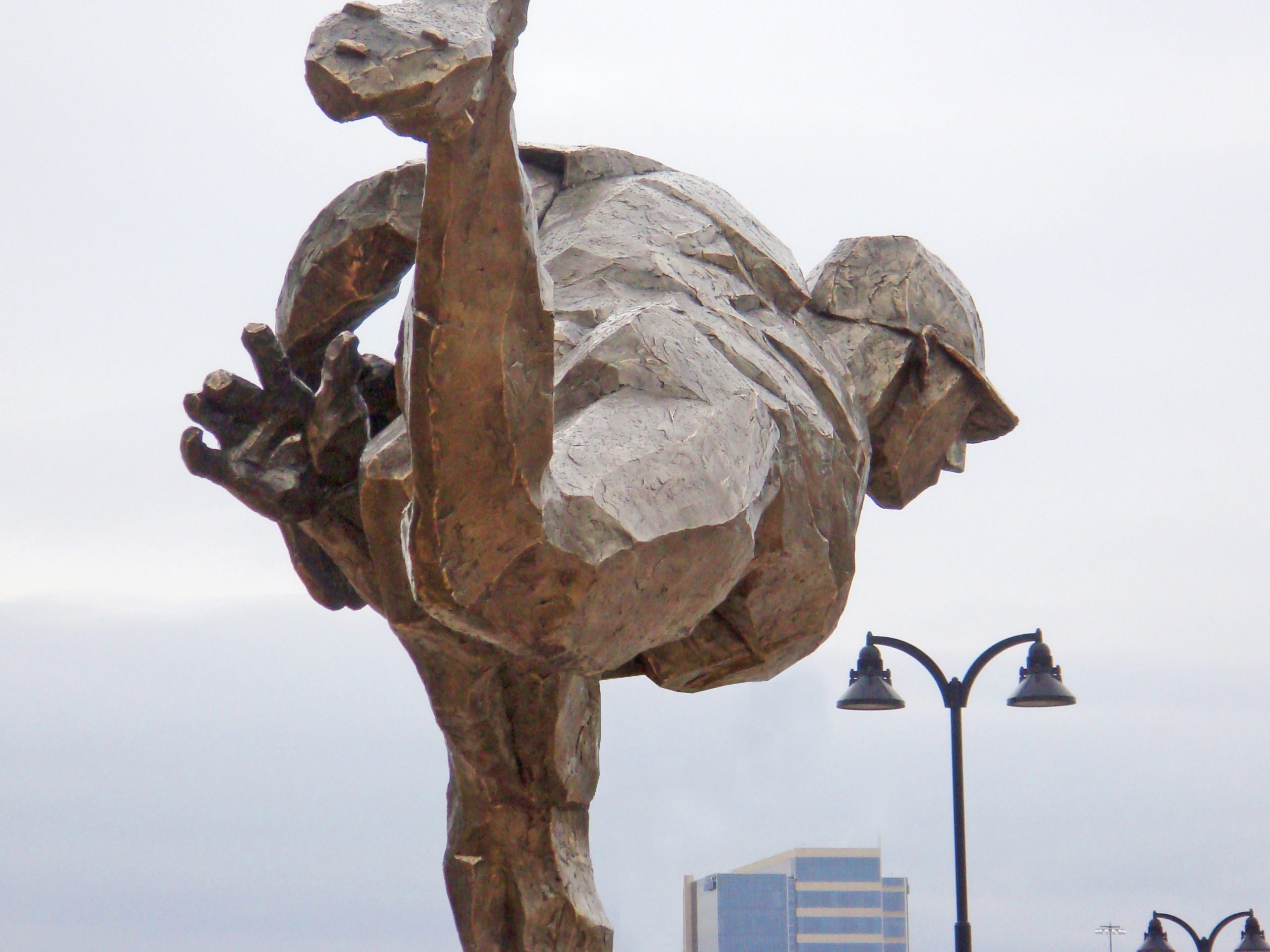 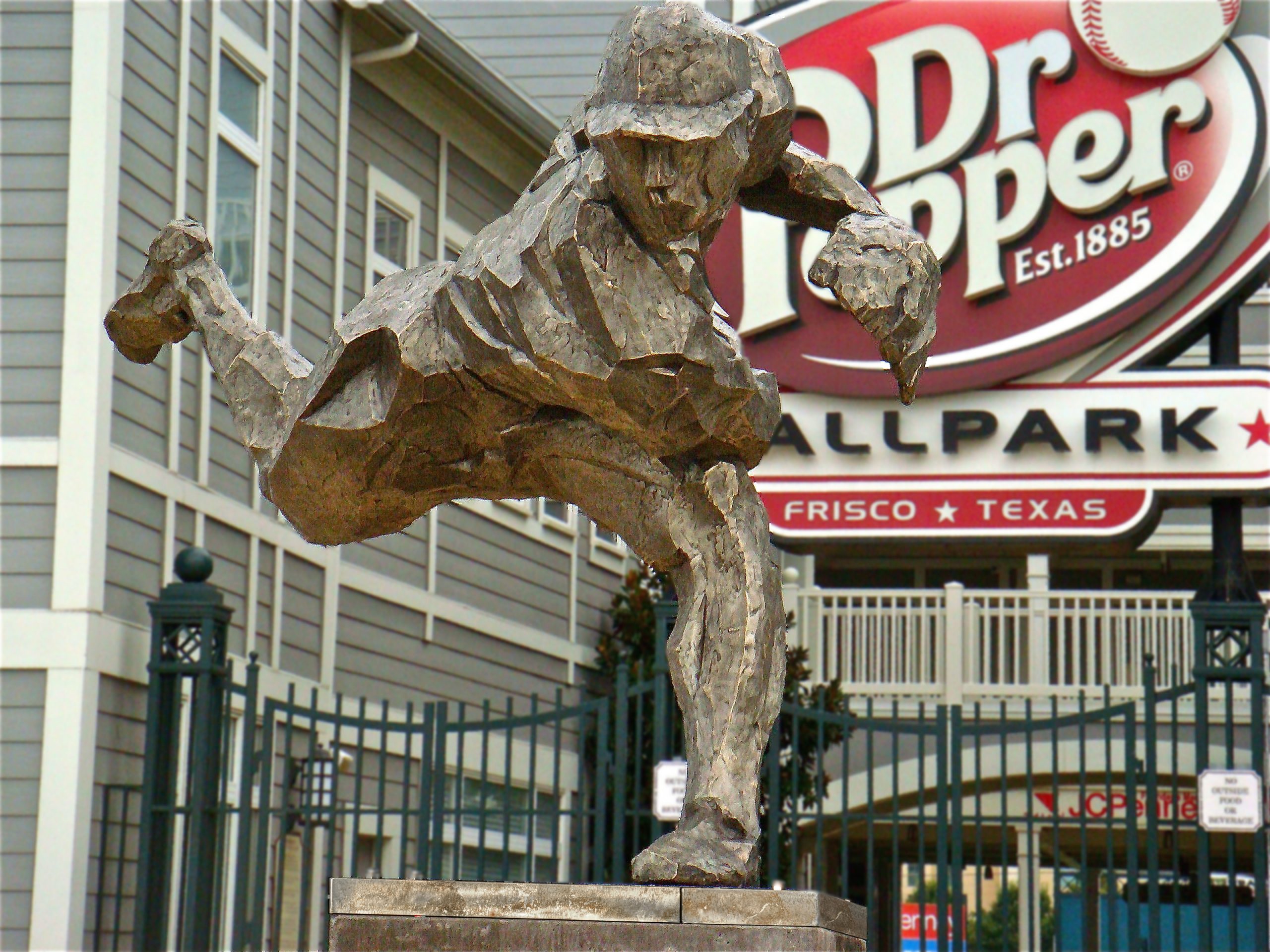 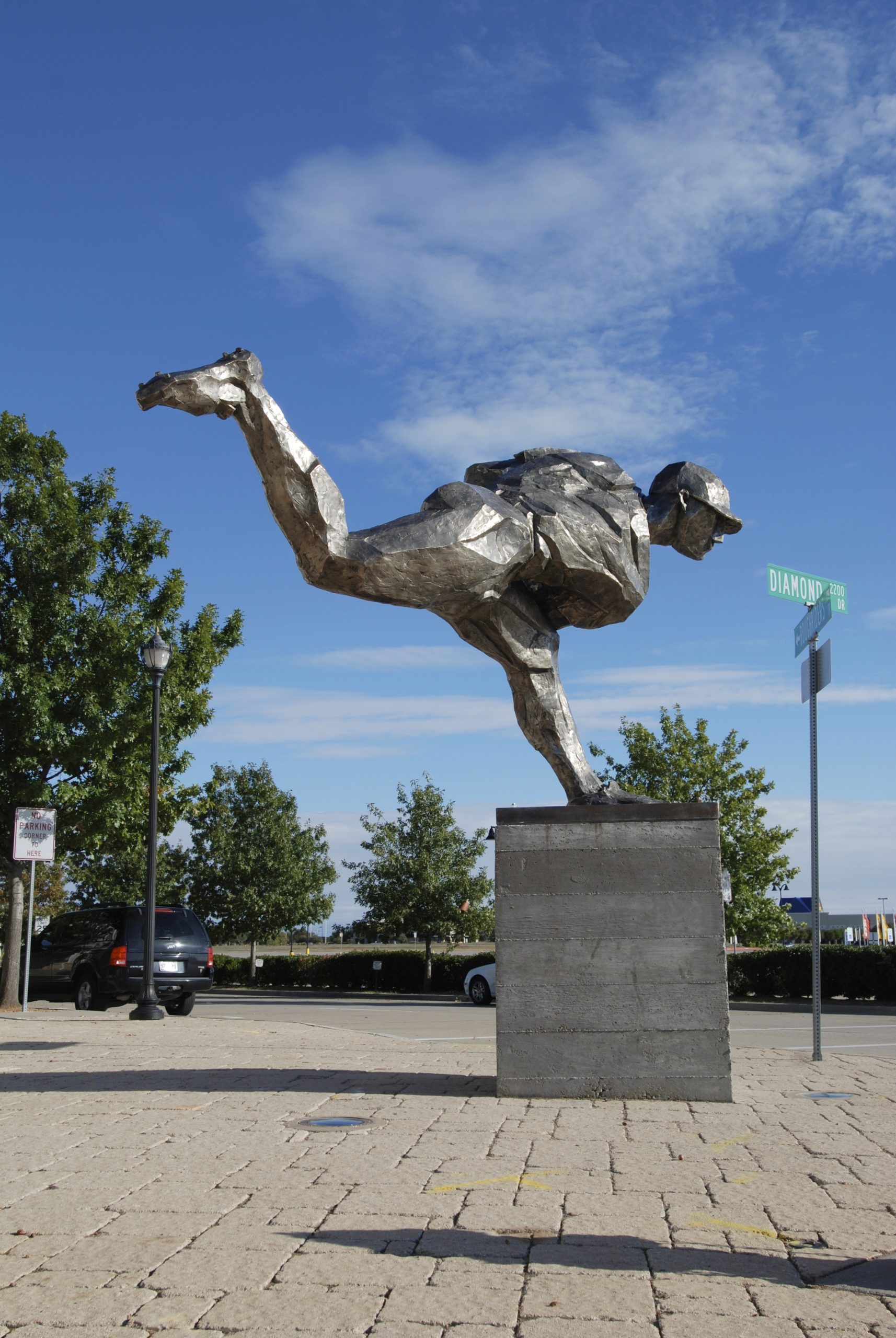 The Pitch is a commissioned bronze resulting from a national competition call. This 12-foot baseball player serves as the focal point for the gateway to the Dr. Pepper Ballpark baseball stadium in Frisco, Texas.

I wanted to create an icon for the city and stadium, a symbol of power for the team and a mascot that fans would interact and connect with as they entered the ballpark. The building was existing with a number of unusual details that make this piece and it's placement perfect. The building was designed with the bullpen in the stands so fans can watch the pitchers practice while the game is on.The existing sign for the stadium has an image of a baseball that could, upon approach look like the ball was thrown from the sculpture. The stadium front is visible from the highway and entry frontage road, lit at night it is spectacular. The block the stadium is on is a diamond bringing fans in and flowing around the art. Fans pretend they’re hitting as the approach, feel it's energy and get psyched for the game. They touch the glove for luck, very important to me, art should be touched. In time the fans will alter the patina to shine his cleats and glove to gold.

The Client and city was interested in placing the art in the back courtyard/park. The front sidewalk is a very congested area and was not being considered. But, the front of this stadium is a grand entry – the threshold to the big game. This piece is designed with a very small footprint. People flow around it like a rock in a stream. The base isn’t much bigger than a trash can but the impact is huge. It is a perfect picture opportunity, for teams and fans resulting in free marketing and is visible from the highway passing by. It’s abstract and nondenominational – everyones hero. Team photos and tourist shots include the stadium and the Dr. Pepper sign. It’s apendages are above heads for visibility and safety but you can still jump and touch it 3 people deep. They were comfortably convinced this was a better and fitting placement for the art.

"... we will work together again if at all possible. Thanks for being such a pro and such a gifted artist. Frisco became a better place with the installation of “The Pitch”." Richard Oldham, Public Art Manager, City of Frisco.