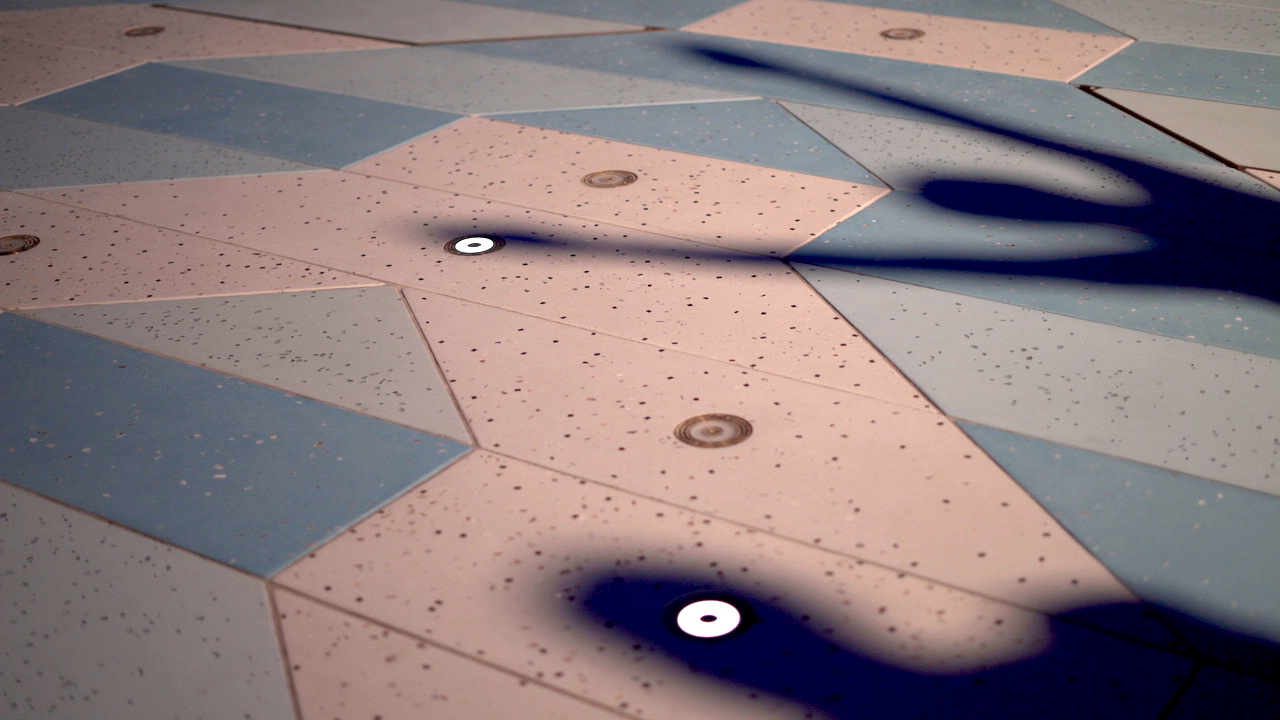 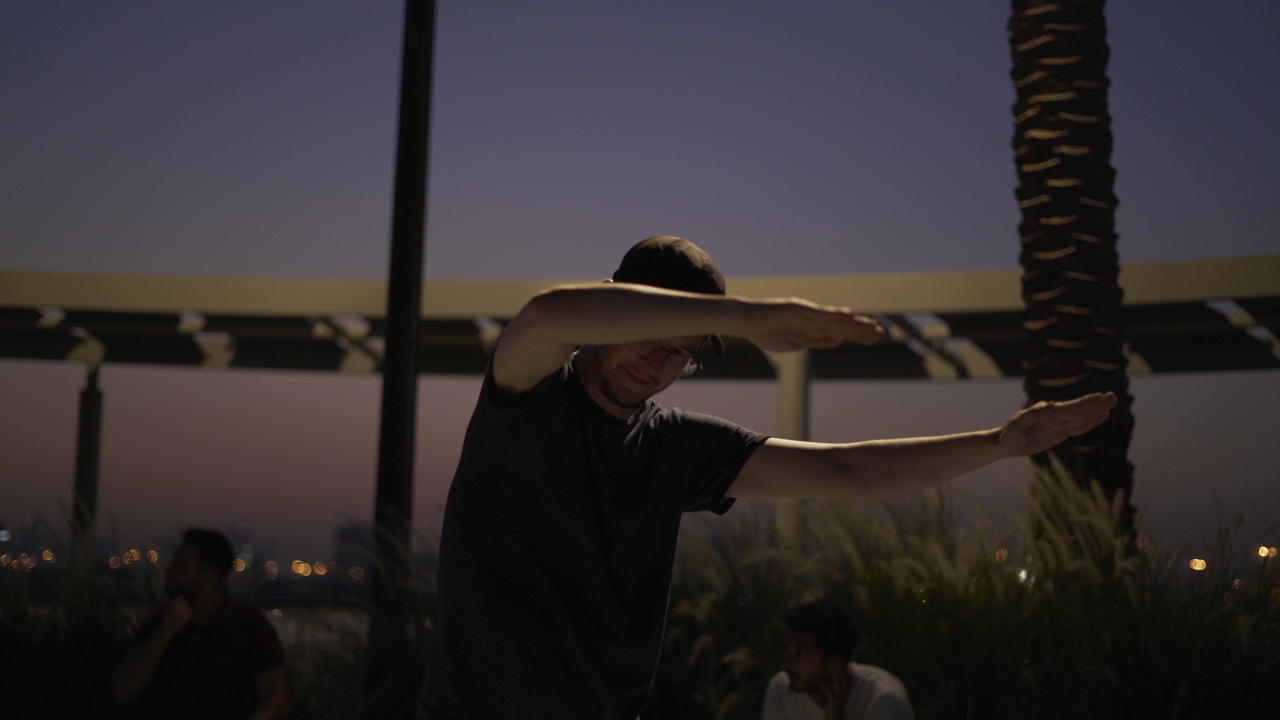 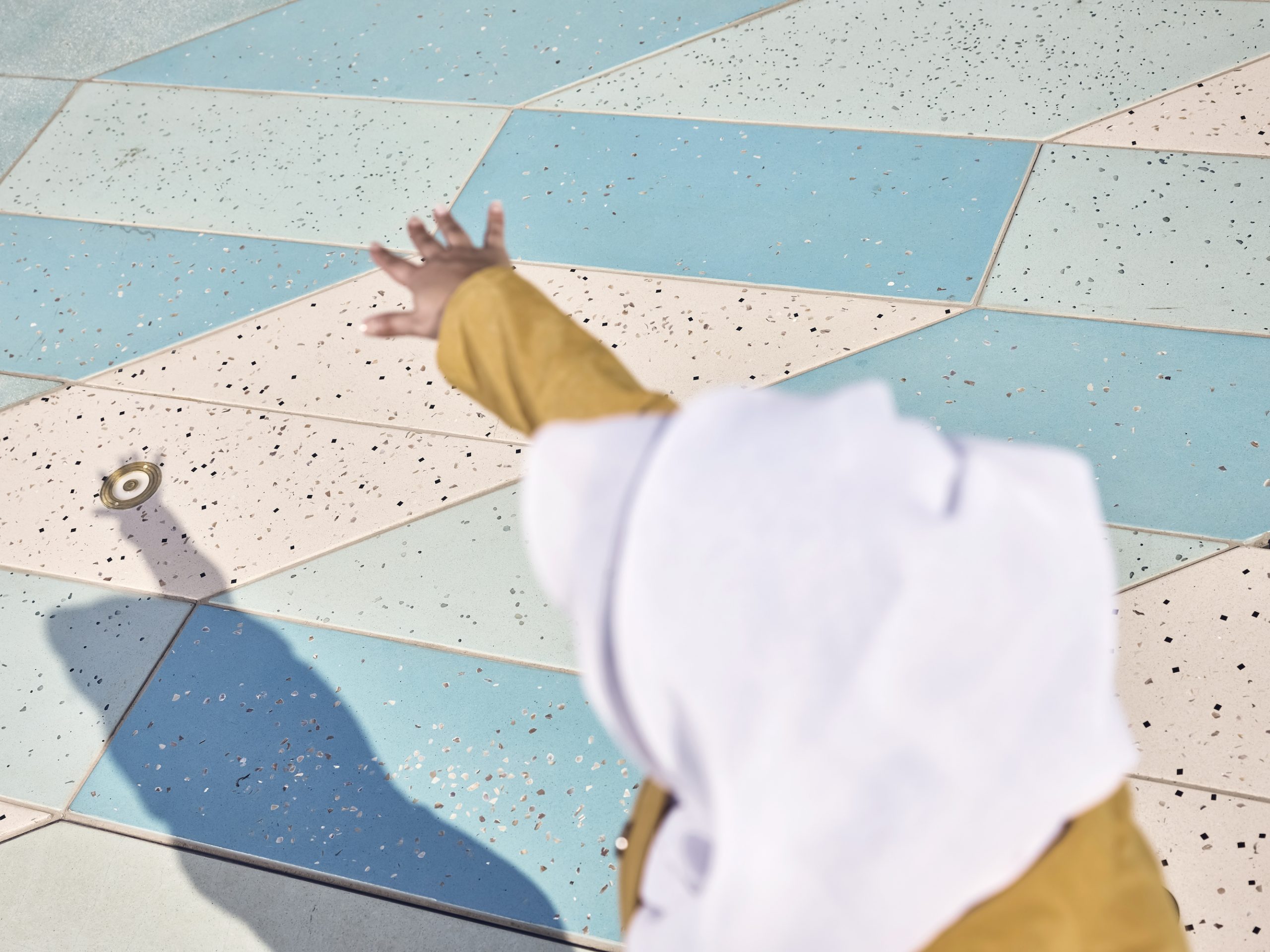 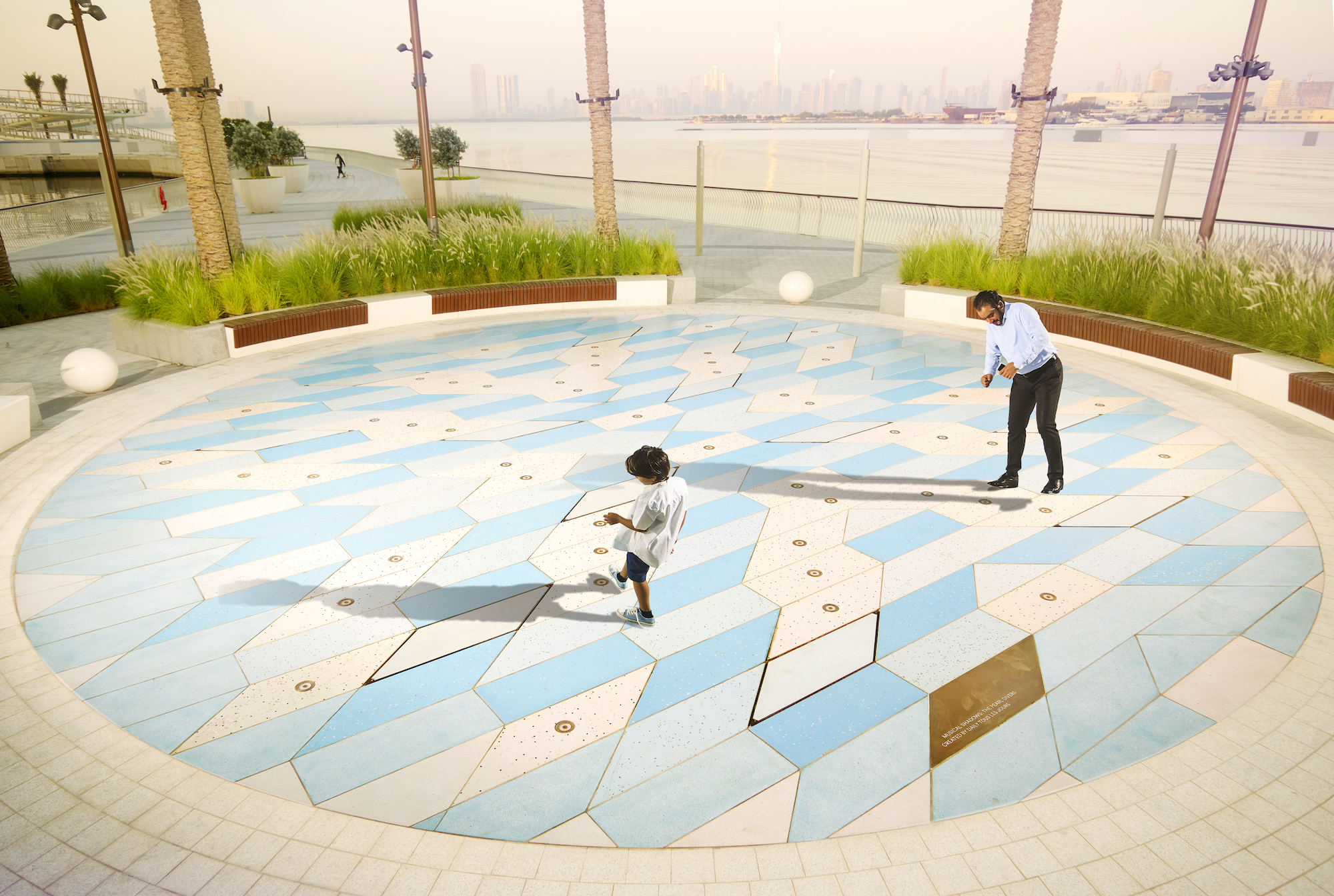 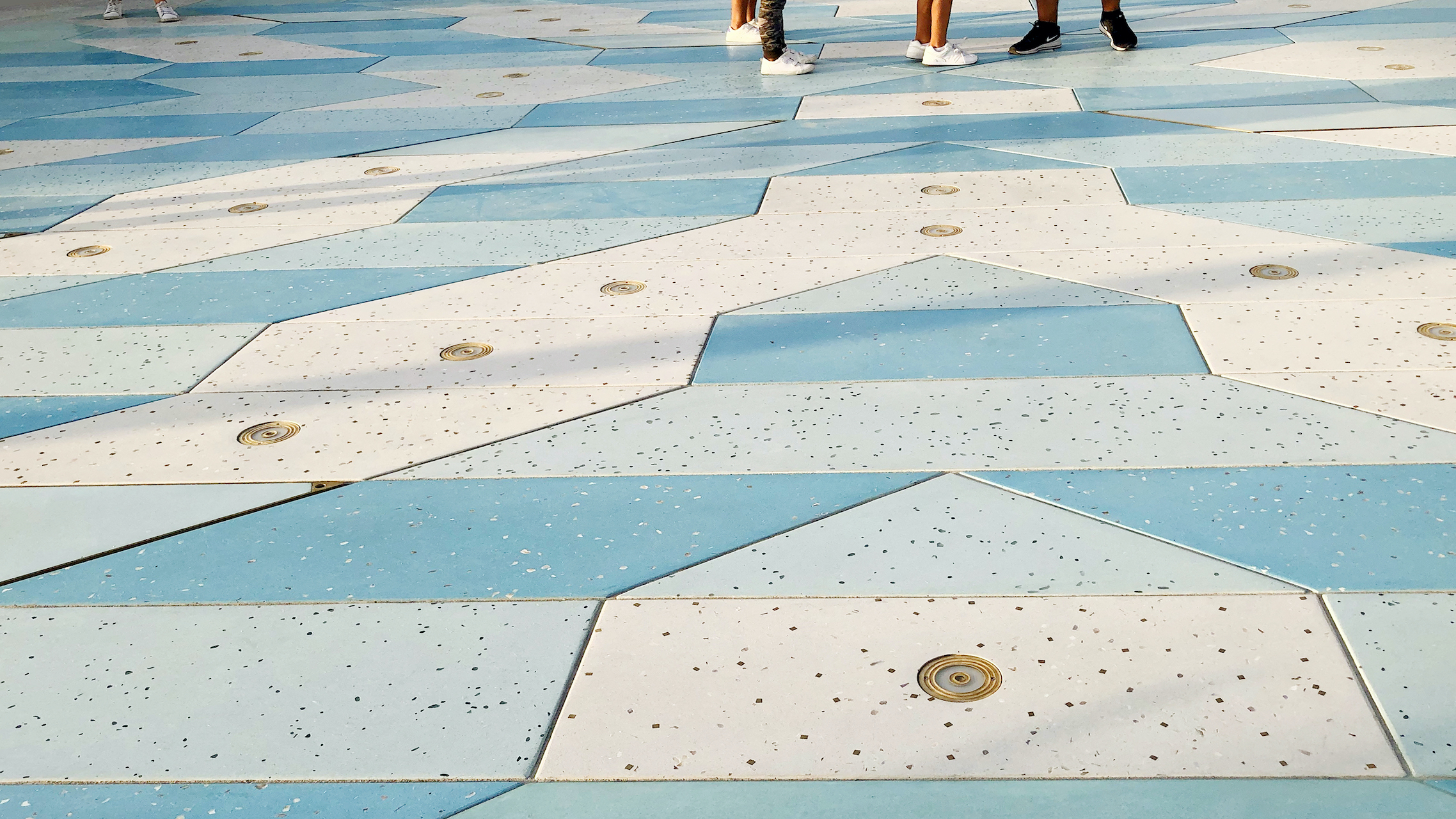 An interactive pavement brings to life an ancient pearl diving tradition through shadow play and music. Walk a tune, alone or together, dance if affinity.

In the warmest areas of the world, the sun sets the pace of life. Musical Shadows: The Pearl Divers is an interactive pavement that reclaims sunny public spaces to explore possibilities of urban vitality whatever the climate. The work brings a new dimension to the plaza, stimulating the emergence of new gathering habits and opportunities for people to play music together.

The work is a digital creation that works day and night, and is seamlessly integrated in the urban infrastructure. By moving their shadows on the tiles, passersby trigger musical notes as if by magic. Dawn or dusk, different melodies are heard as the movement of the sun transforms and stretches shadows throughout the day.

This project was designed with accessibility at heart. Young and old, no matter the cultural background or the language, are invited to walk or by, roll by, and don’t need any knowledge in music to create harmony together. Music is a universal invitation that moves body and mind, it is innate and goes beyond languages. When playing with their shadows, participants forget their own body. They start to move in ways that we rarely see in outdoor public space. They let go of inhibitions and perform the space, becoming dancers.

Daily tous les jours leads an emergent field of practice combining technology, storytelling, performance and placemaking. Daily works tirelessly to create humane urban environments that engage citizens as co-creators rather than passive audiences. Our work acts as a catalyst for joyful informal connections between strangers in public spaces. Our objective is to re-invent living together for the 21st century, and we see joy as an important driver for our work, because it builds trust that strengthens communities. And strong communities make a resilient planet.

In developing The Pearl Divers, after various workshops and public consultations, we learned about the difficult coexistence between humans and the harsh sun in numerous areas of the world. In climates such as Dubaï’s, people seek shadows to protect themselves and have less opportunities to enjoy their public spaces. This tension informed our core concept: your own shadow would be the interaction interface to discover the work, embracing their reality.