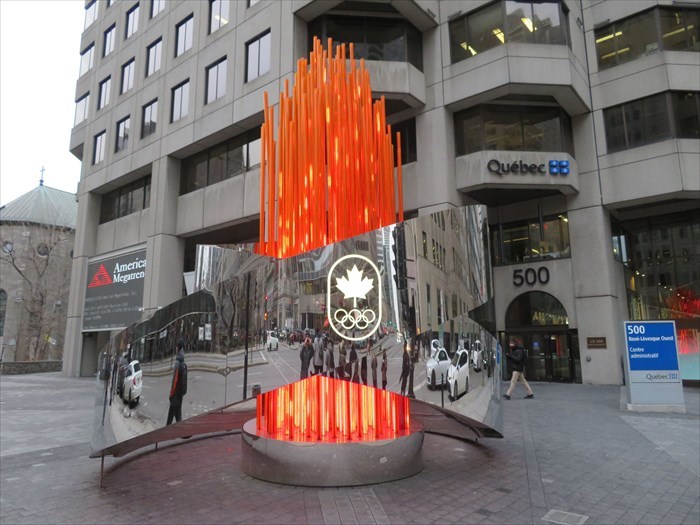 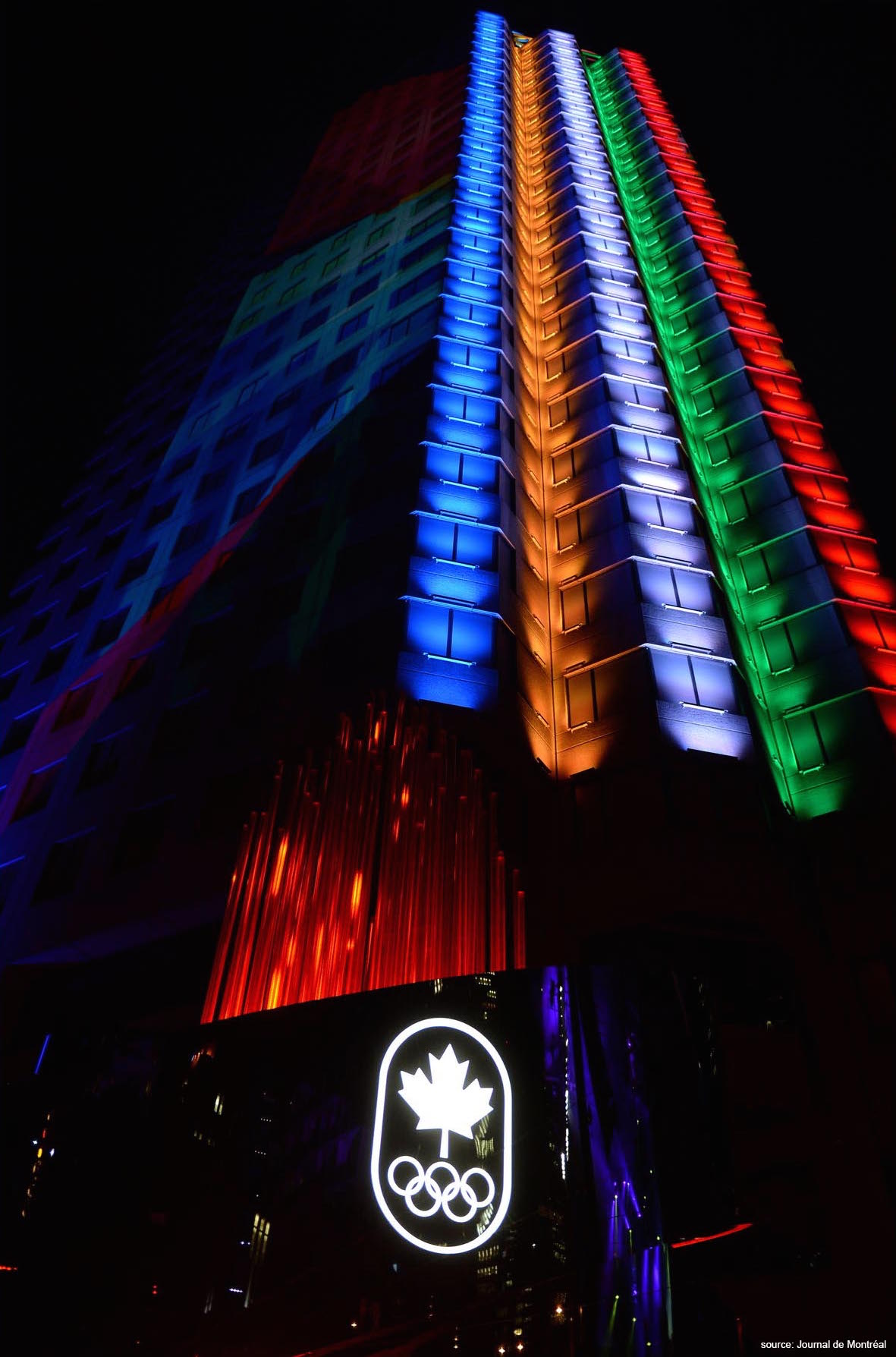 The Olympic Flame is a commemorative monument welcoming the 1200 names of Canadian athletes who have won a medal during the modern Olympic Games. Composed of sections in chromed stainless steel, the structure forms a continuous ribbon welcoming in its center a flame lit by LED. Inaugurated as part of Canadian Olympic Excellence Day on July 9, 2015, and the official opening of Canadian Olympic House in downtown Montreal, the Olympic Flame was presented to the public during the raising of the Olympic rings above Montreal.

A true world first, the Olympic flame is intended to welcome the names of future Canadian Olympic winners and to inspire younger generations with a passion for sport and the Olympic Games.