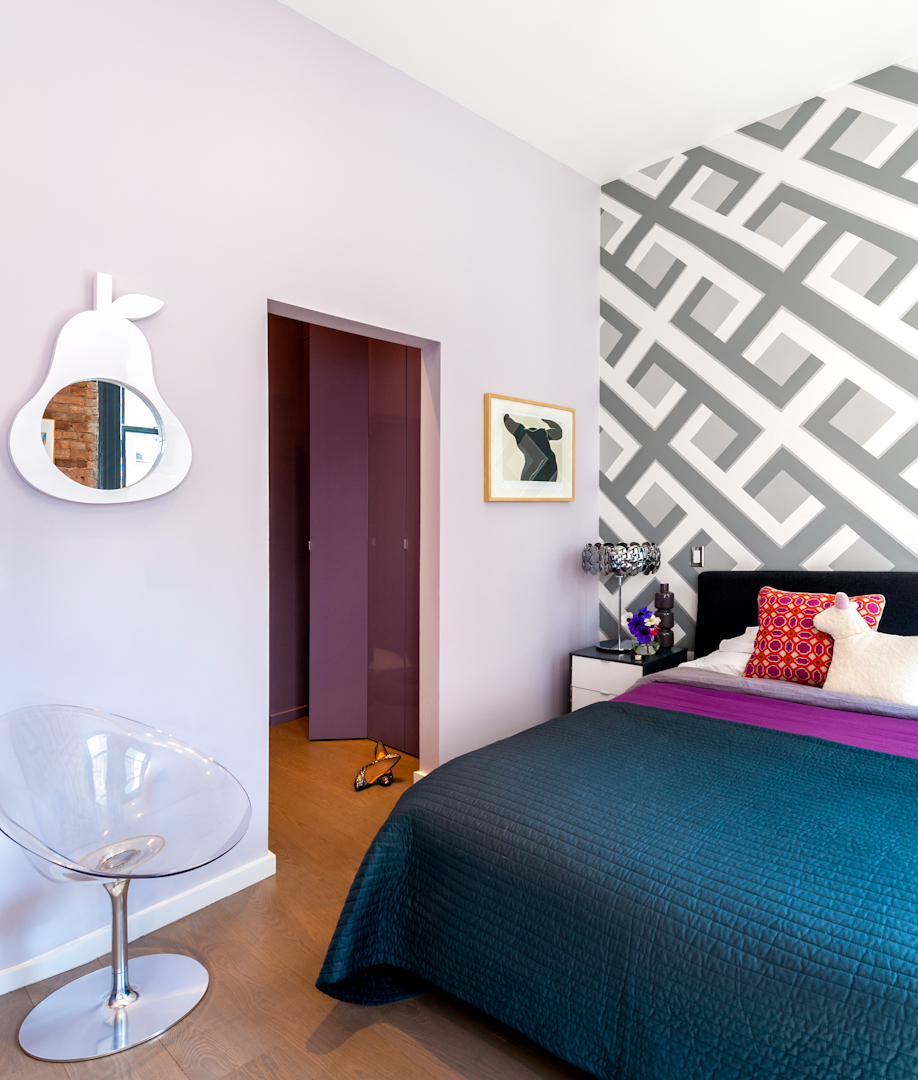 Juan Carretero approached the gut renovation of a sixth floor unit with one main design objective in mind- to create a home that seamlessly blends kid-friendly functionality with mature design aesthetic, funky embellishments with serene, sophisticated elements—all while maintaining an overarching sense of wide-open space. The end result became the Oliver’s Apartment, a quirky yet sophisticated space nestled in the West Village.

With high ceilings, large windows and high-quality floors, designer Juan Carretero felt that Oliver’s apartment in itself provided a great amount of inspiration. The task remaining was to create a sense of place and character that truly reflected the upbeat and creative family within. Having clients that were deeply inspired by modern art, Carretero felt it was only appropriate to create a piece of artwork that would greet you as you enter their home and one within the intimate space of the master bedroom. He turned to New York painter Mark Chamberlain for assistance.

Choosing first to work with a set of sliding doors within the main hallway, Carretero was able to create a playful divide between the public realm and private sphere of a guest room/office. The riotous pattern, calmed by neutral hues, was based on a soothing palette derived from a vintage film plucked from Chamberlain’s archive. In the master bedroom, Chamberlain who was inspired by metallic wallpapers from the 1970’s, created an accent wall that was integrated to add depth to the room. The mural reflects a modern sensibility yet evokes a sense of the fast pace New York life that his clients often embody.

Carretero believes that the best work comes when the artist has freedom, so when it came to the Oliver’s Apartment, he wanted to make sure that Chamberlain had full rein. It was very important as well to have his clients involved in the creative process- so there had to be a balance achieved between him as the designer, the artist and the clients. Respecting Chamberlain’s design vision, the end result was a success.