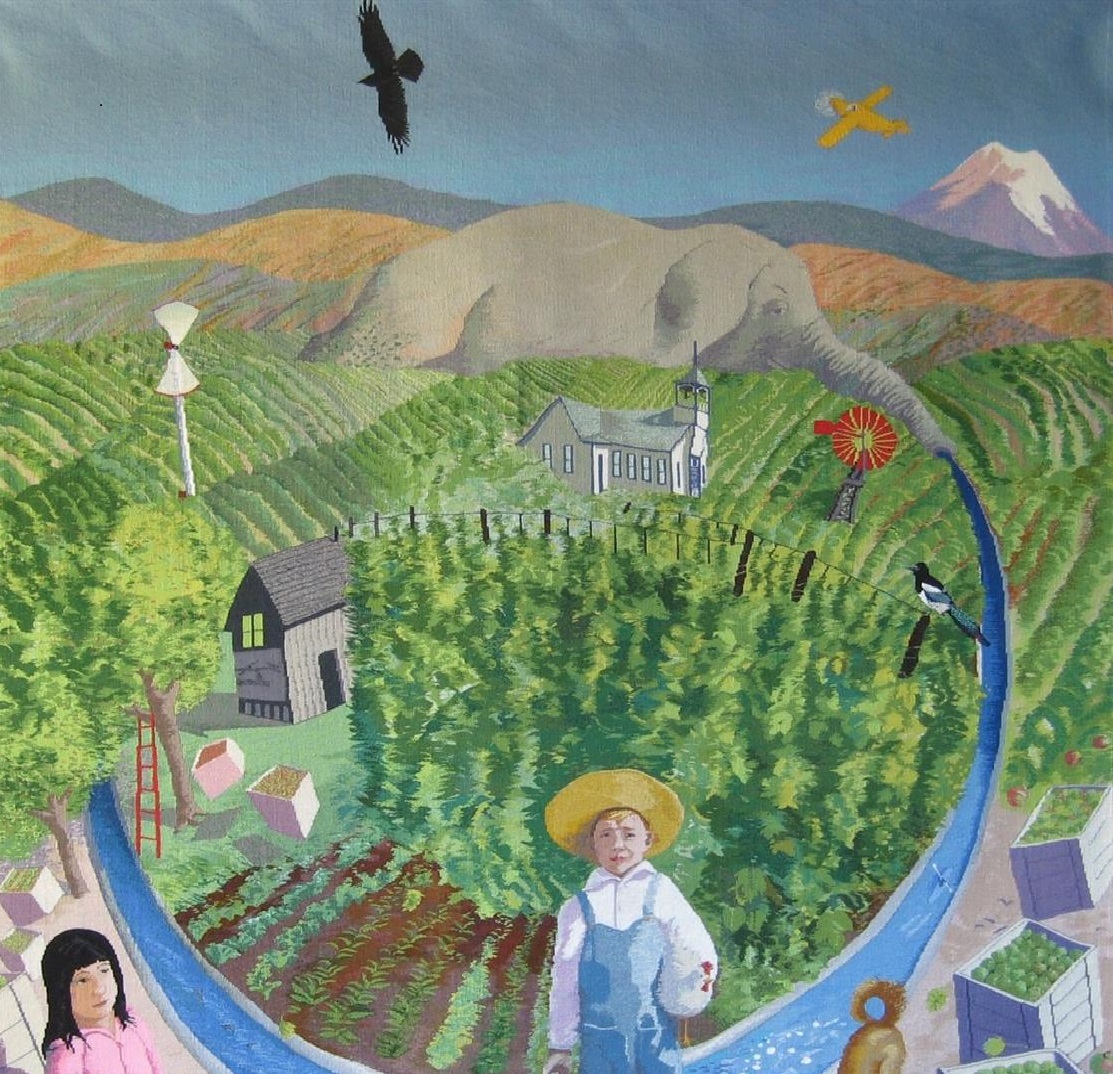 The Washington State Arts Commission to create a tapestry for a newly constructed elementary school in the Yakima Valley in central Washington. The tapestry is 6.5 by 6.5 feet and hangs above the lobby in the school entryway. The tapestry encompasses this world of agriculture, mountains and the history of the region.

The tapestry serves as a focal point for those entering the school.

I worked with a specially formed art committee at the school and interviewed school staff members about the history and economic life of the community. Next I developed a proposal based on photos I had taken and on my impressions of the surrounding landscape and on discussions with school staff. The staff accepted the proposal and I began work on the tapestry. Eight months later I delivered the tapestry and installed it with the help of maintenance personnel. The tapestry was unveiled in front of the students and teachers and their reactions were solicited. It was very well received.

The starting point of this piece was when the school secretary told me that the nearby hill was called Mount Elephant. This and the irrigation canals became the design focus of the entire project. I then added a visitor from the past and a composite representing current day students. I also included the first school house and the first homestead in the valley, surrounded by rows of hops and boxes of apples.