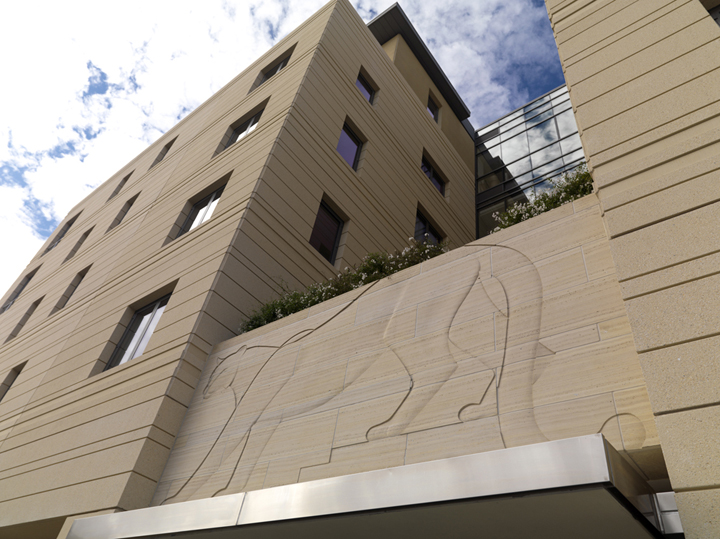 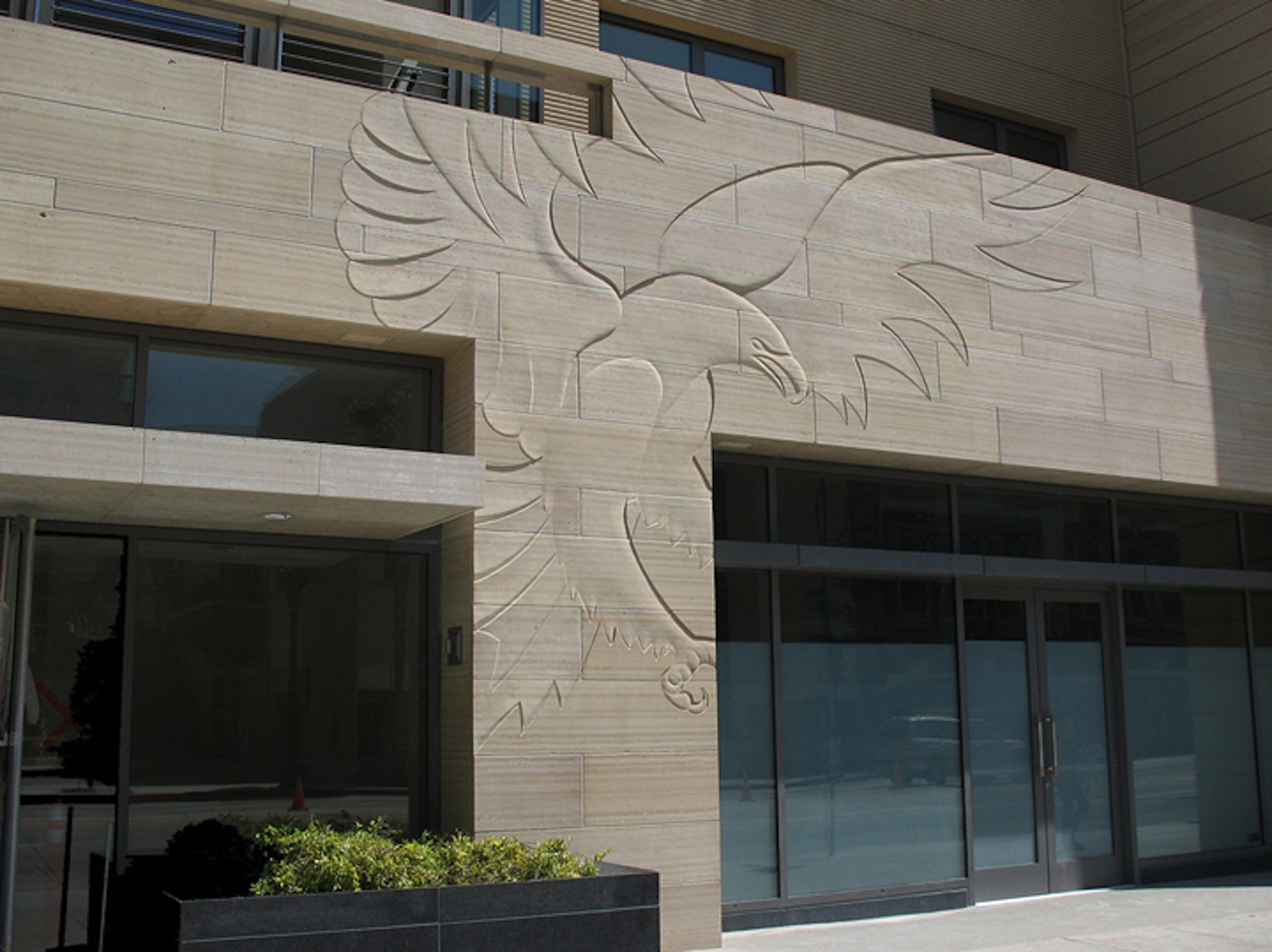 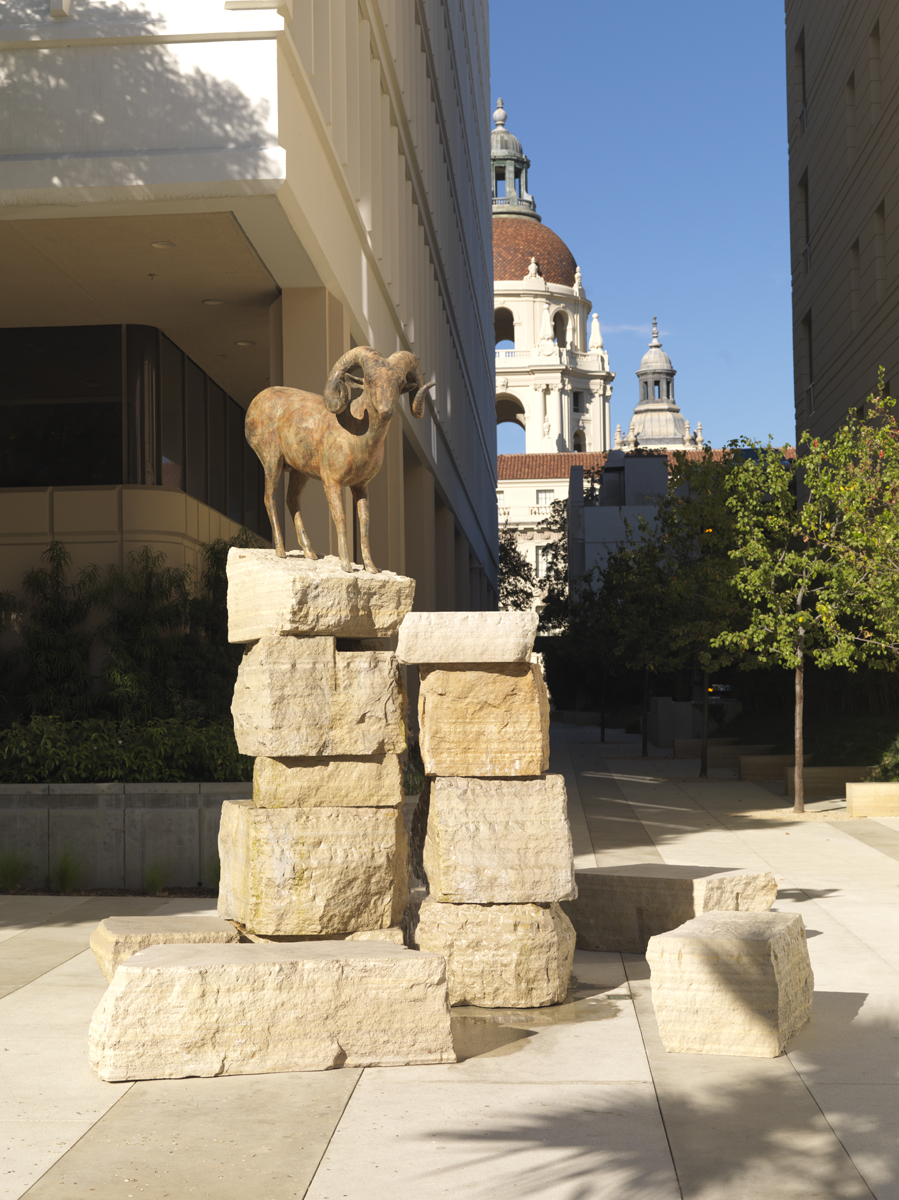 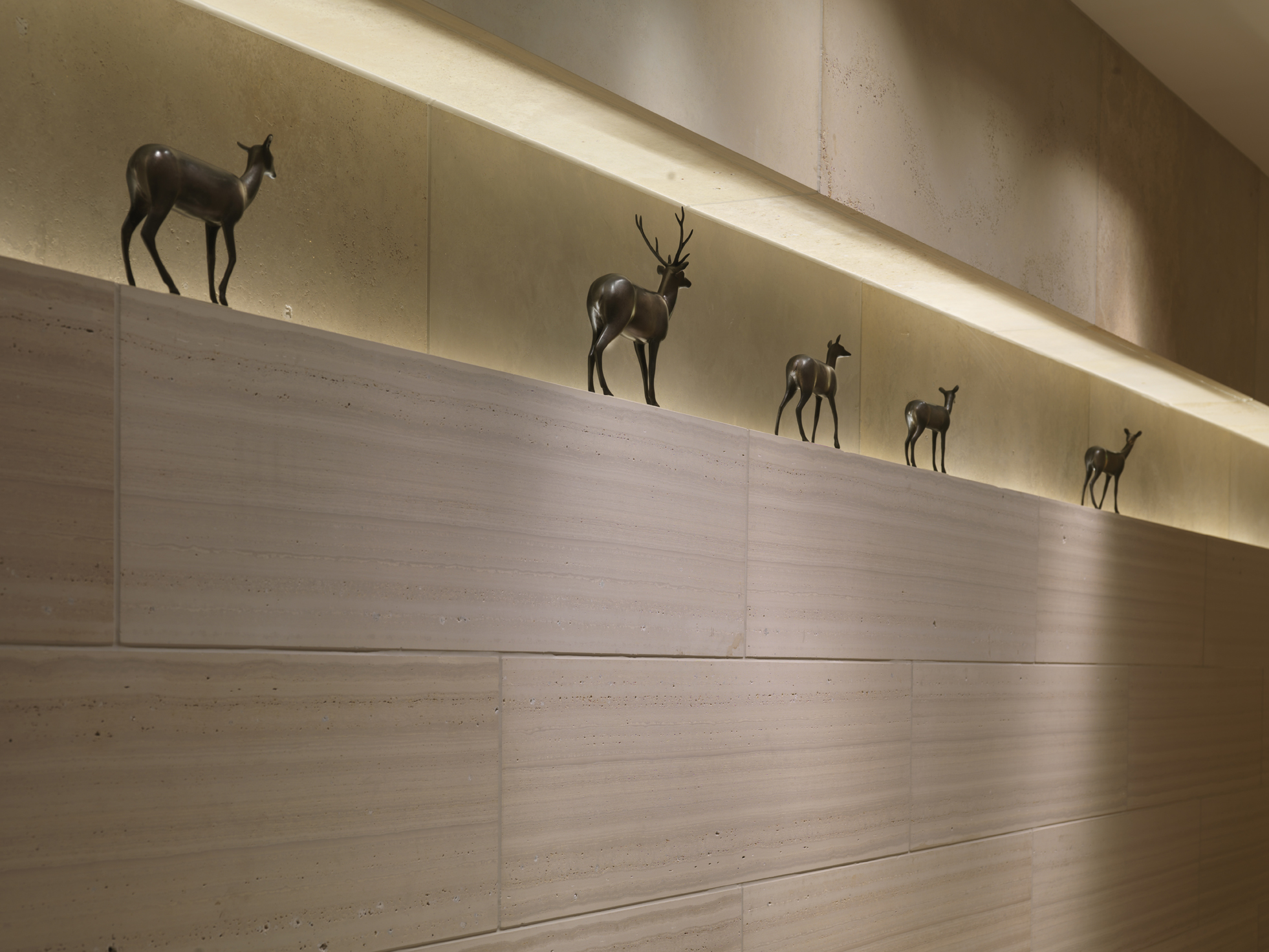 The Montana, completed in 2008 is a mutiuse condominium project. The owner of the building allowed me to carve on site 2 raptor images 9 feet tall by 80 feet long on the front of the building. And on one side, I carved a Cougar image 6 feet tall by 20 feet long. The facade of the building is limestones blocks . I carved intaglio relief . I had one assistant. We were able to complete the carving in 3 months.

The goals for using my artwork were to have the images relate to the San Gabriel Mountains in the background of the building, The fountain that I created made of the same limestone was to be like a a mountain spring with the Mountain Sheep place on the top. The integration of the sculptures and reliefs have been a selling point for the clients of the building as they are so well integrated into the theme of the building.

It was necessary for me to convince the owner that I could make the reliefs. I also had to convince the architect of my ability. He was worried that I might ruin the facade of his building. However, the owner of the building was very open minded. He is the one that really made it possible for me to do the carving.

I also was able to make work for the inside of the building that was separate from the original commission. It consists of bronze maquettes of Deer, Cougars, Mountain sheep as well as the reliefs that I made when I was practicing on the limestone.