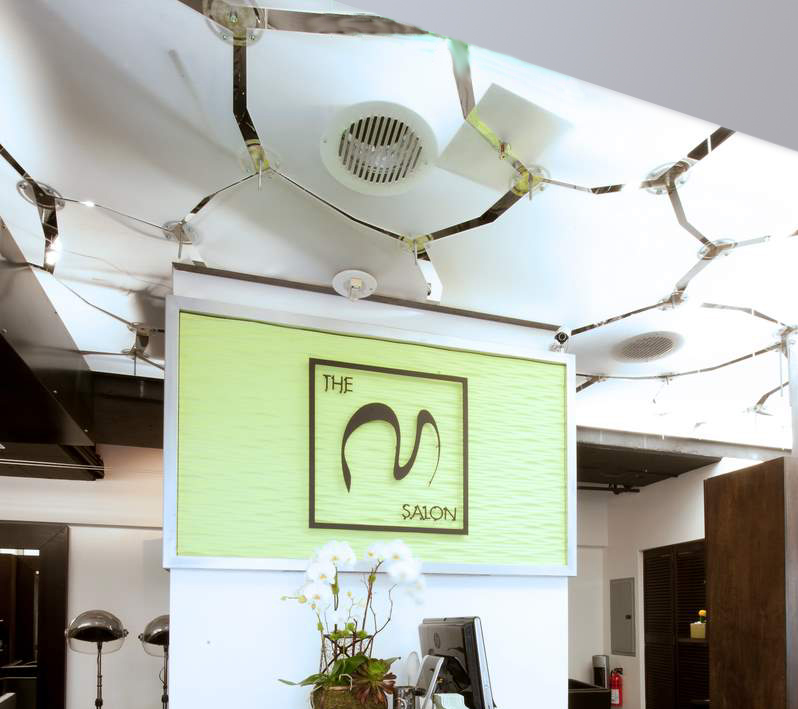 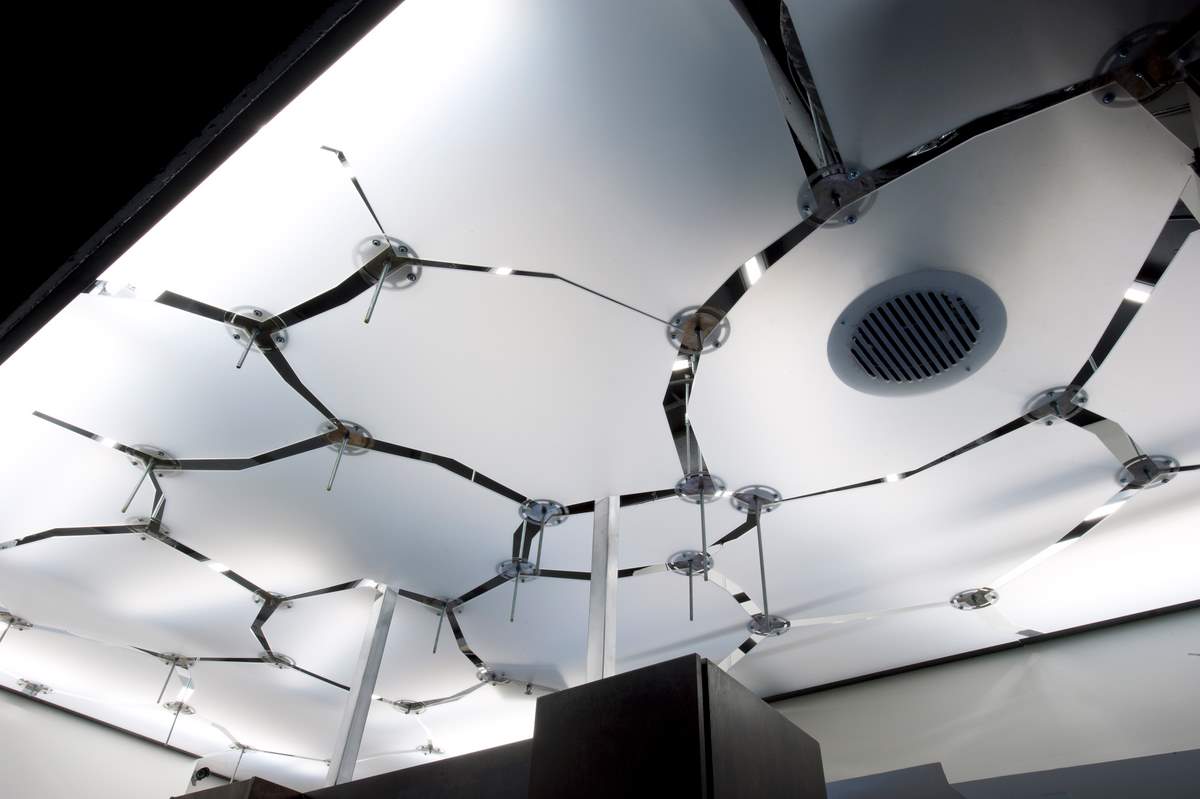 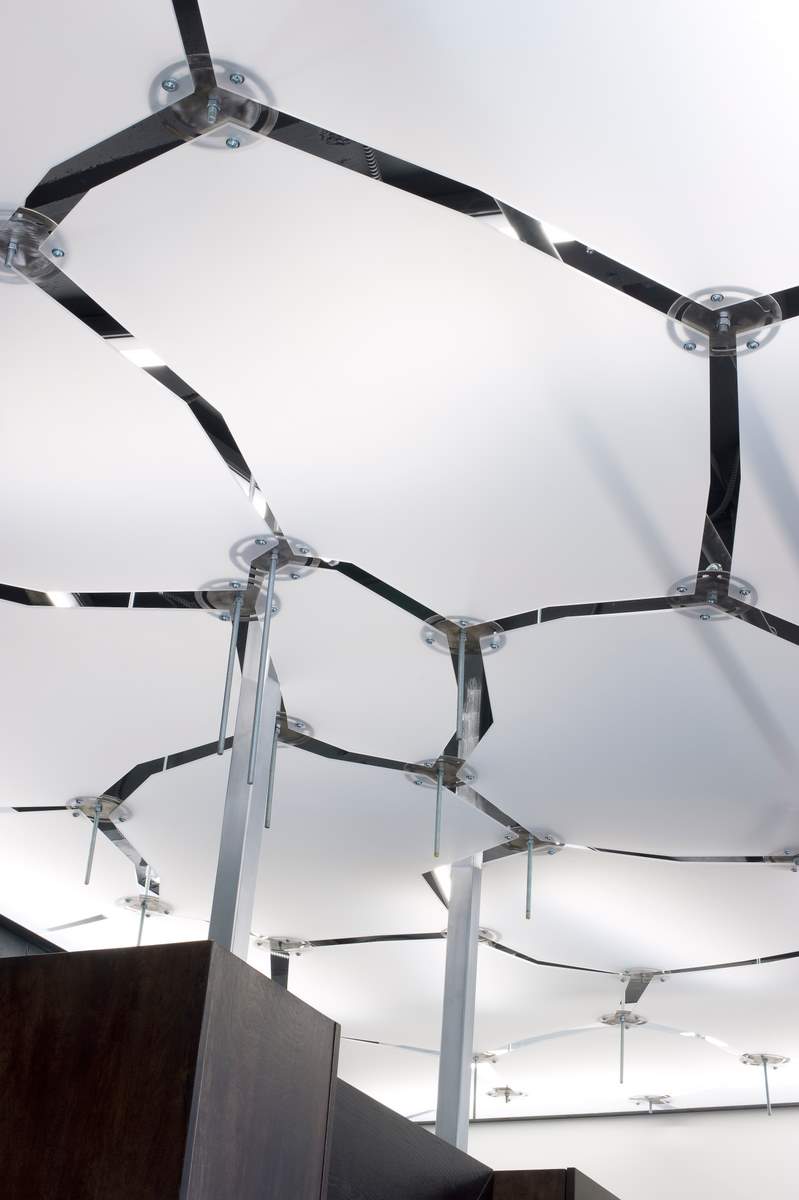 The driving factor for the concept used in designing the ceiling tiles was the need to achieve adequate light levels for the interior space, and at the same time provide a diffused uniform soft light with softened shadows. In the same way that clouds block the sunlight on a cloudy day, a translucent barrier could reduce the harshness of the light emitted from the light fixtures above the ceiling. To achieve this effect, a certain type of resin with a suitable level of opacity was selected. The conventional ceiling tiles used widely in commercial spaces are installed on an orthogonal grid that creates a boring rigidity and monotony. To prevent this, the organic pattern of cloud patches was implemented in shaping the tiles. Using digital simulation the pieces were prepared for fabrication and laser cutting. The connection detail was uniquely designed to attach and hold three tile corners. The result was a ceiling that not only served the purpose of a light diffuser but also an art installation, that helped create an identity for the salon.

The biggest challenge was the budget and time line which was smoothly achieved by very accurate scheduling.

The concept can be further developed by adding motion in the vertical direction. The rigid connections can easily be replaced by a flexible material and attached to motors that would raise or lower the joints which would act as control nodes; Thus allowing a smooth subtle movement that could be synchronized with any rhythm through a digital controller.