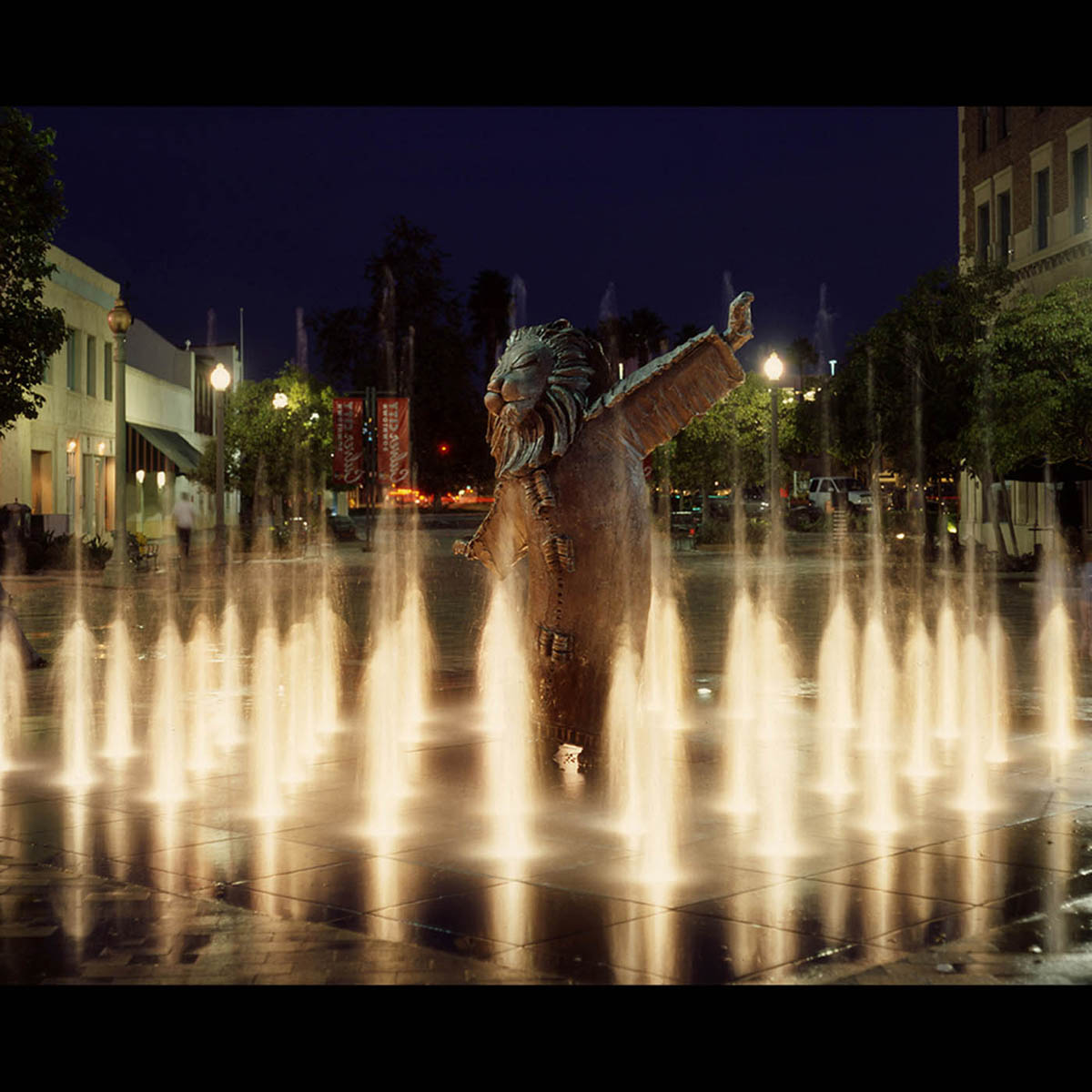 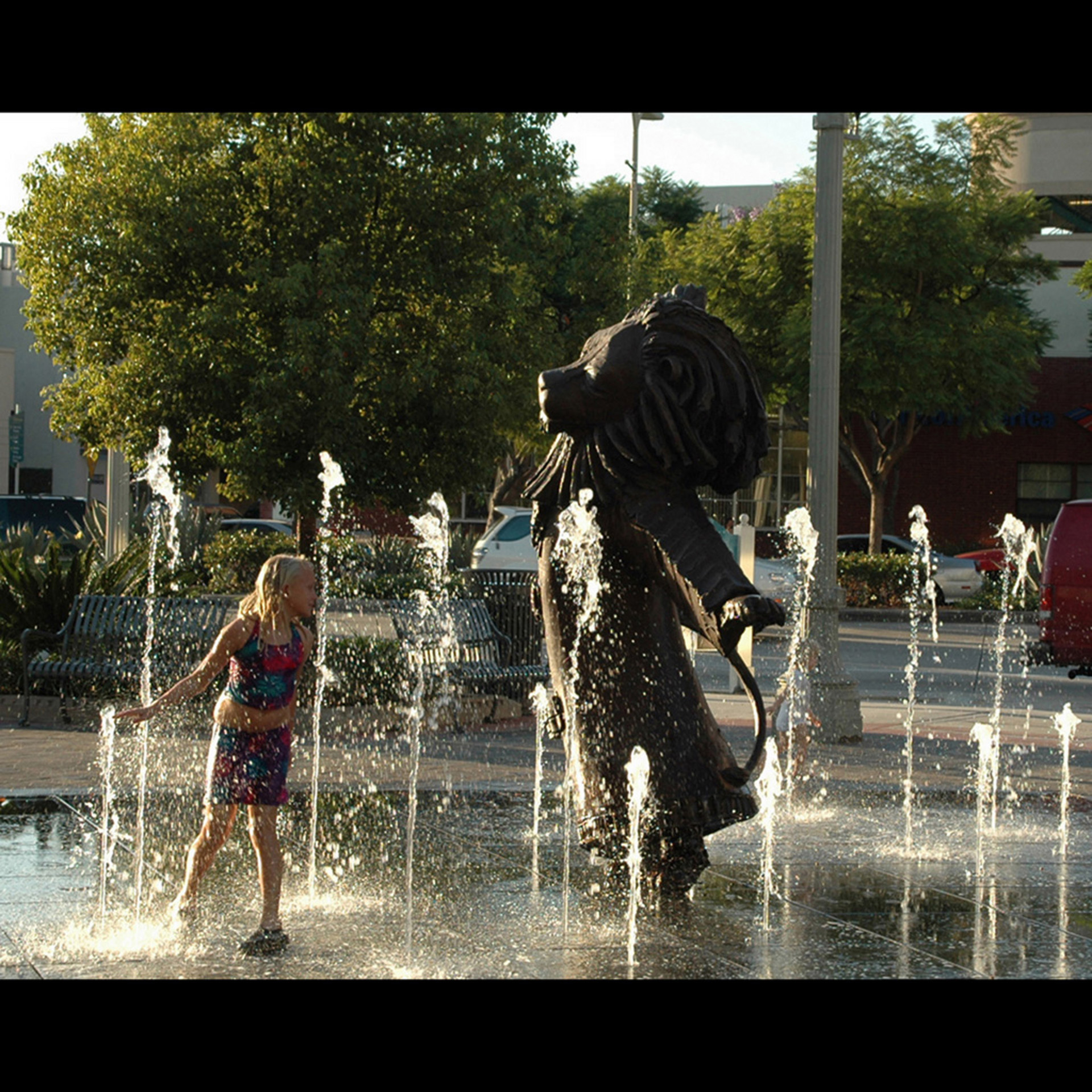 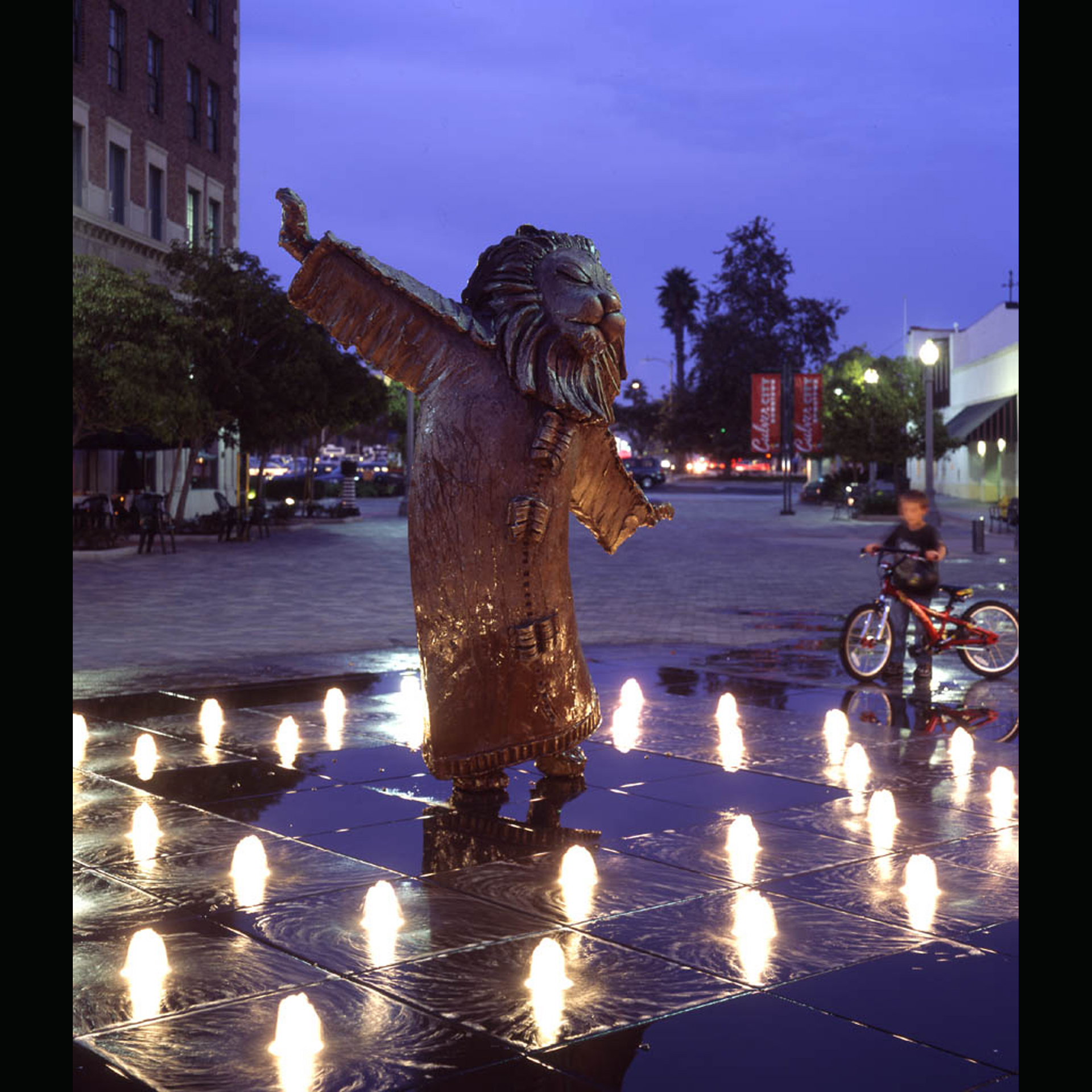 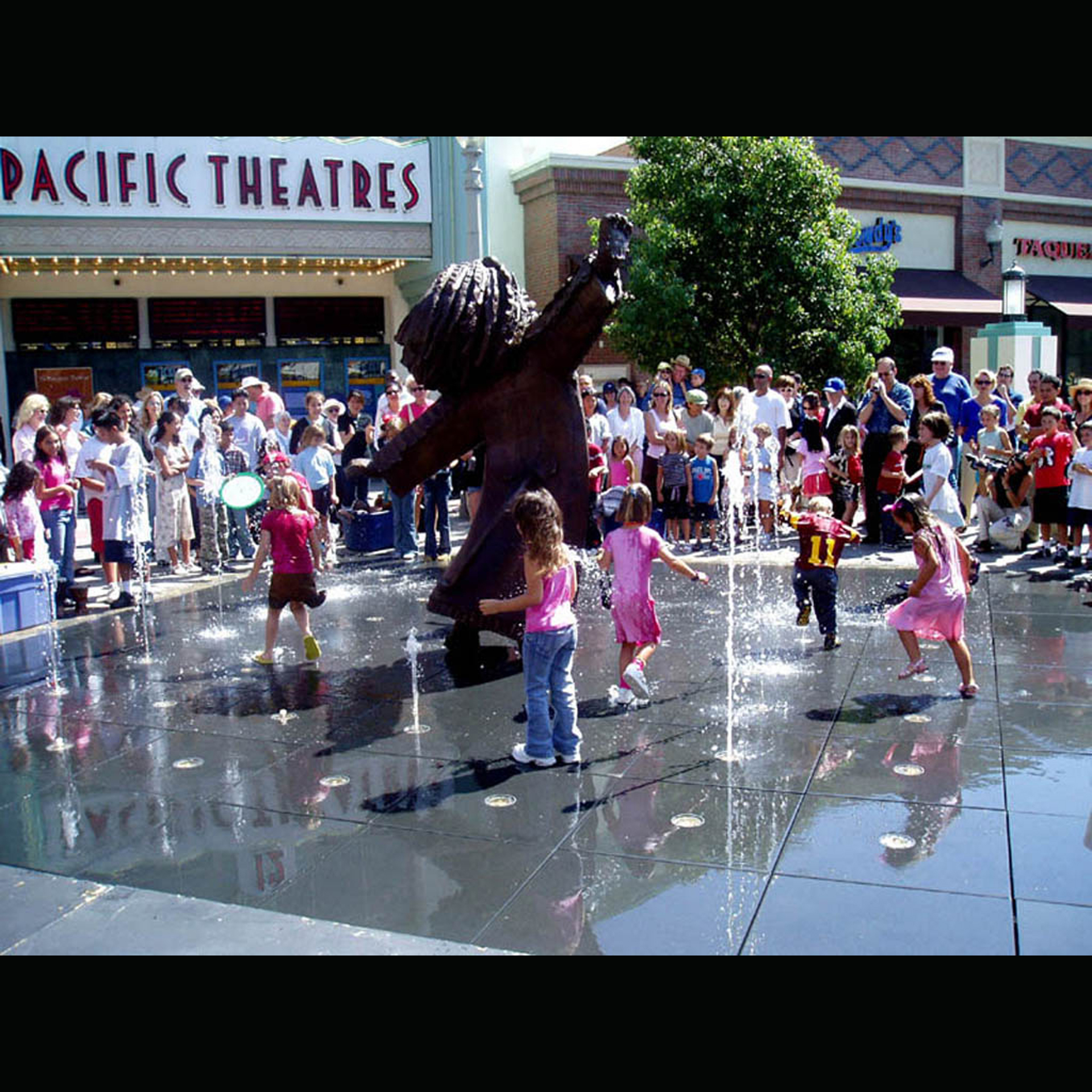 The Lion’s Fountain is an interactive fountain created for Culver City – The Heart of Screenland -The bronze Lion dances amidst 40 animated water jets in a fountain that is 20′ by 20′ square composed of granite, water and light.

The Culver City Redevelopment Agency was creating a new Town Center by closing a section of Washington Avenue and building a plaza as a community gathering place located between the new Pacific Theaters and the Historic Culver Hotel. The Lion's Fountain was key to drawing people into the site, establishing a symbol and creating a playful atmosphere.

The process began with a site visit and conversations with the Redevelopment Agency as well as key community players. This experience highlighted the historical significance of the community as a place that gave birth to the film industry. From this initial research I developed sketches to give form to possibilities that were refined through further discussions. Working with LRM - LTD the Landscape Architects choices were made about the design to fit it effectively in the site. Captured Sea was engaged to build and install the fountain mechanics with John Perry assisting in software engineering to animate the jets.