The Legend of the Green Man of Portland - CODAworx 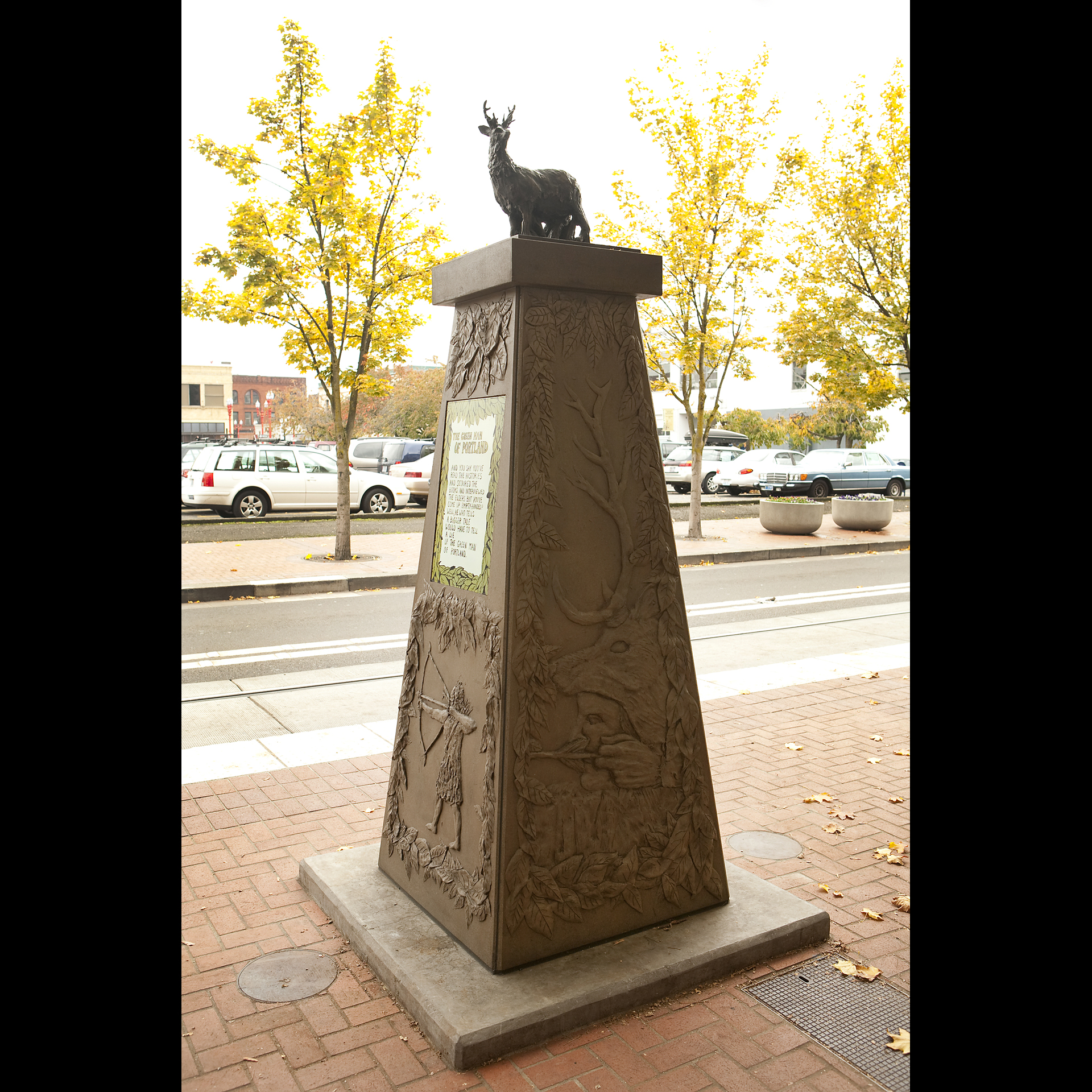 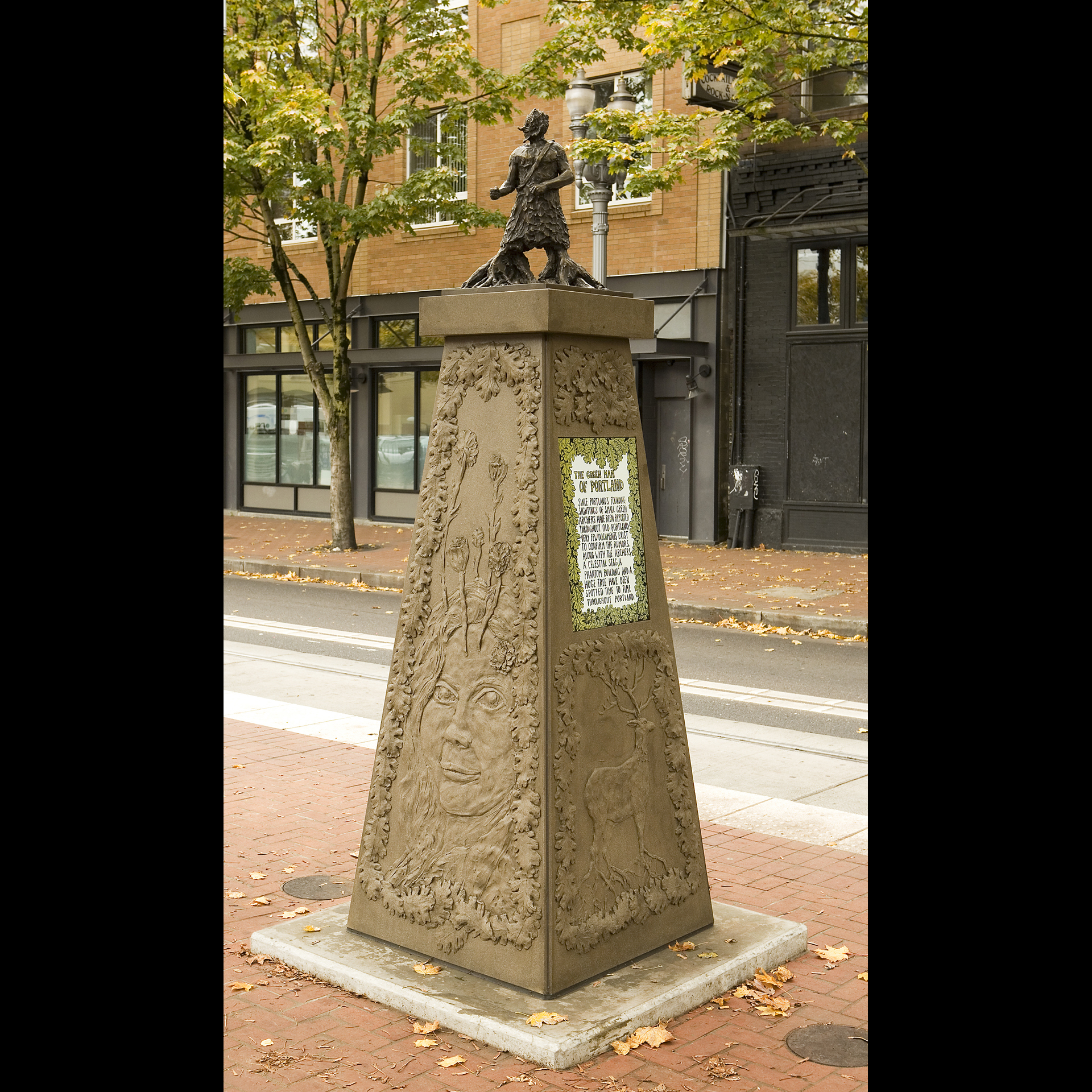 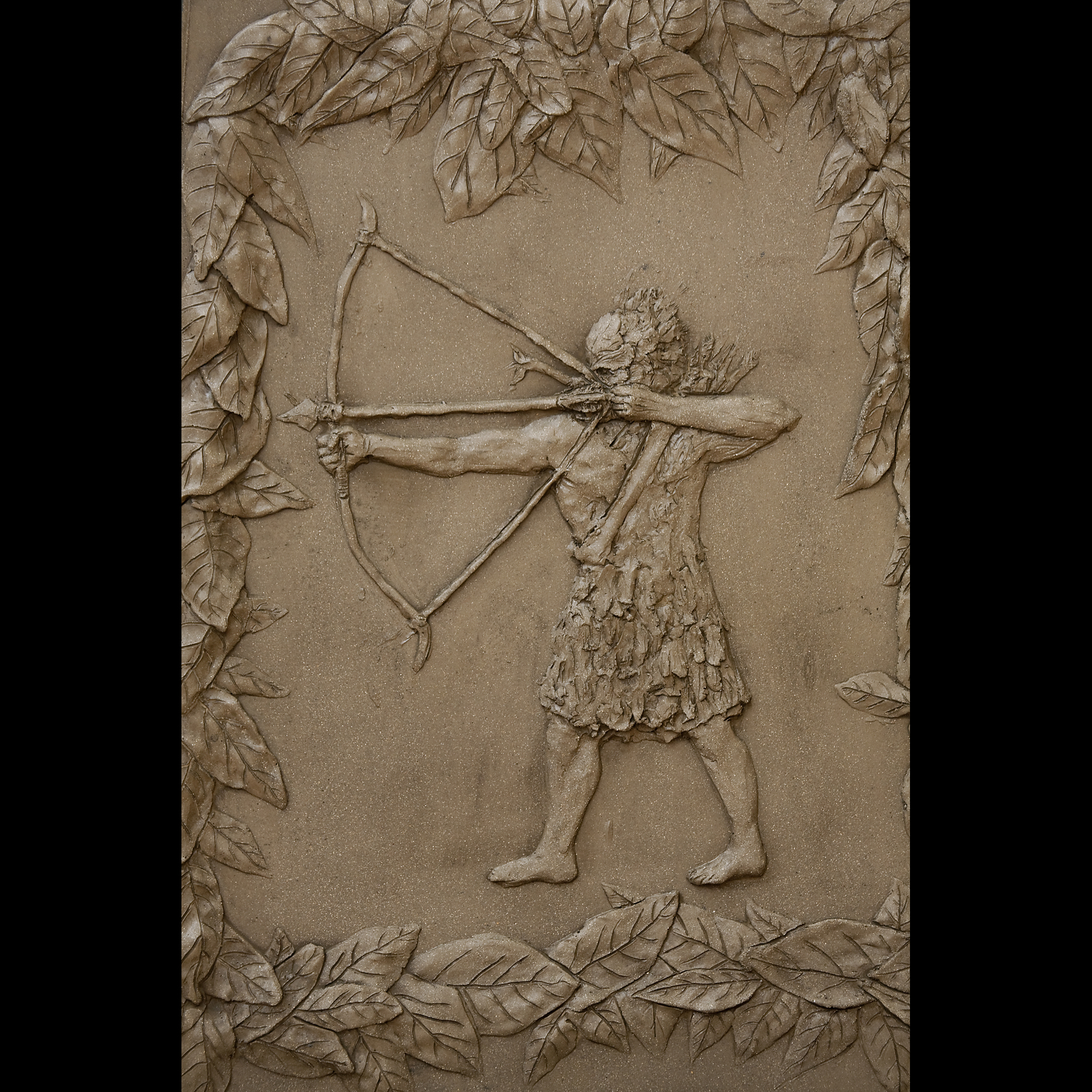 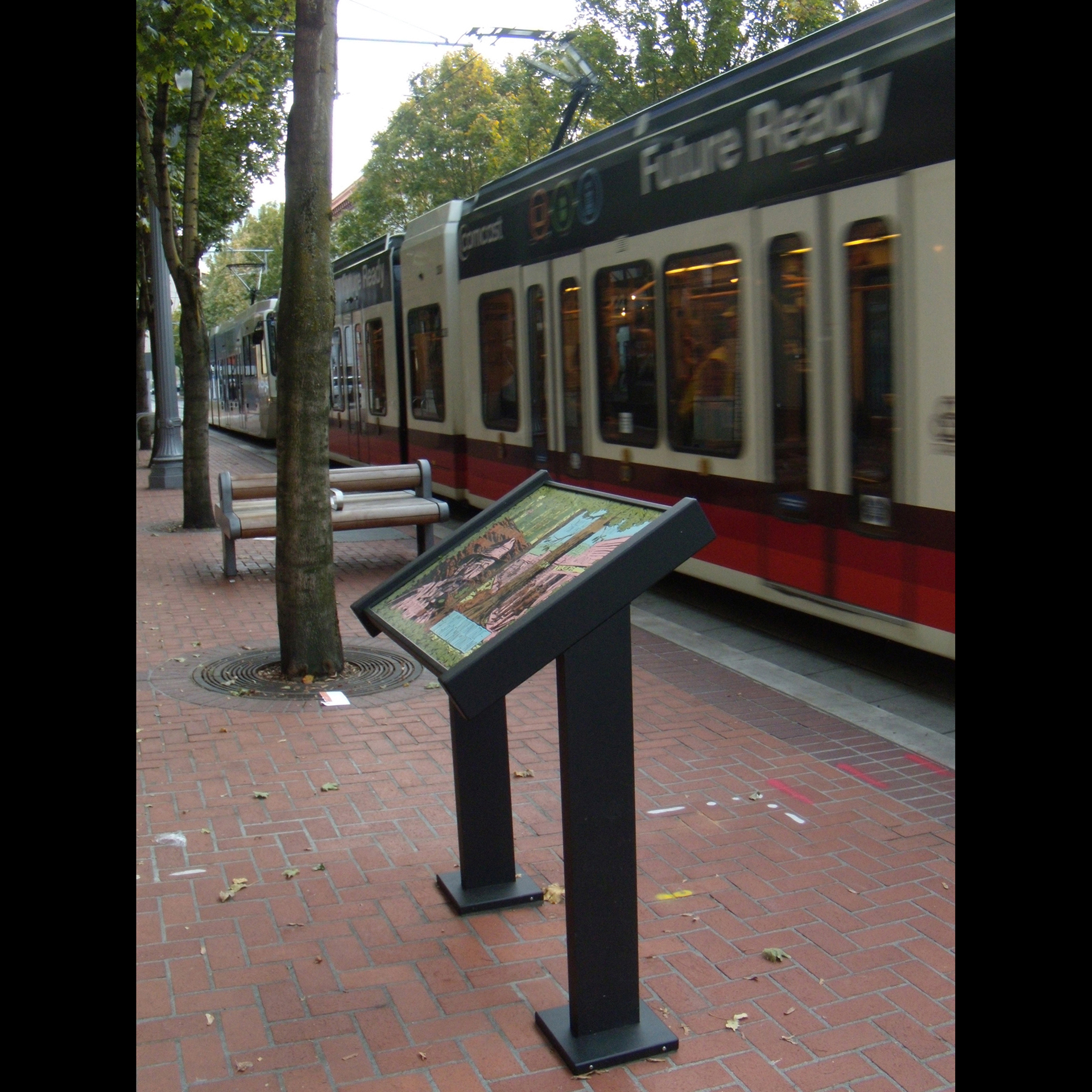 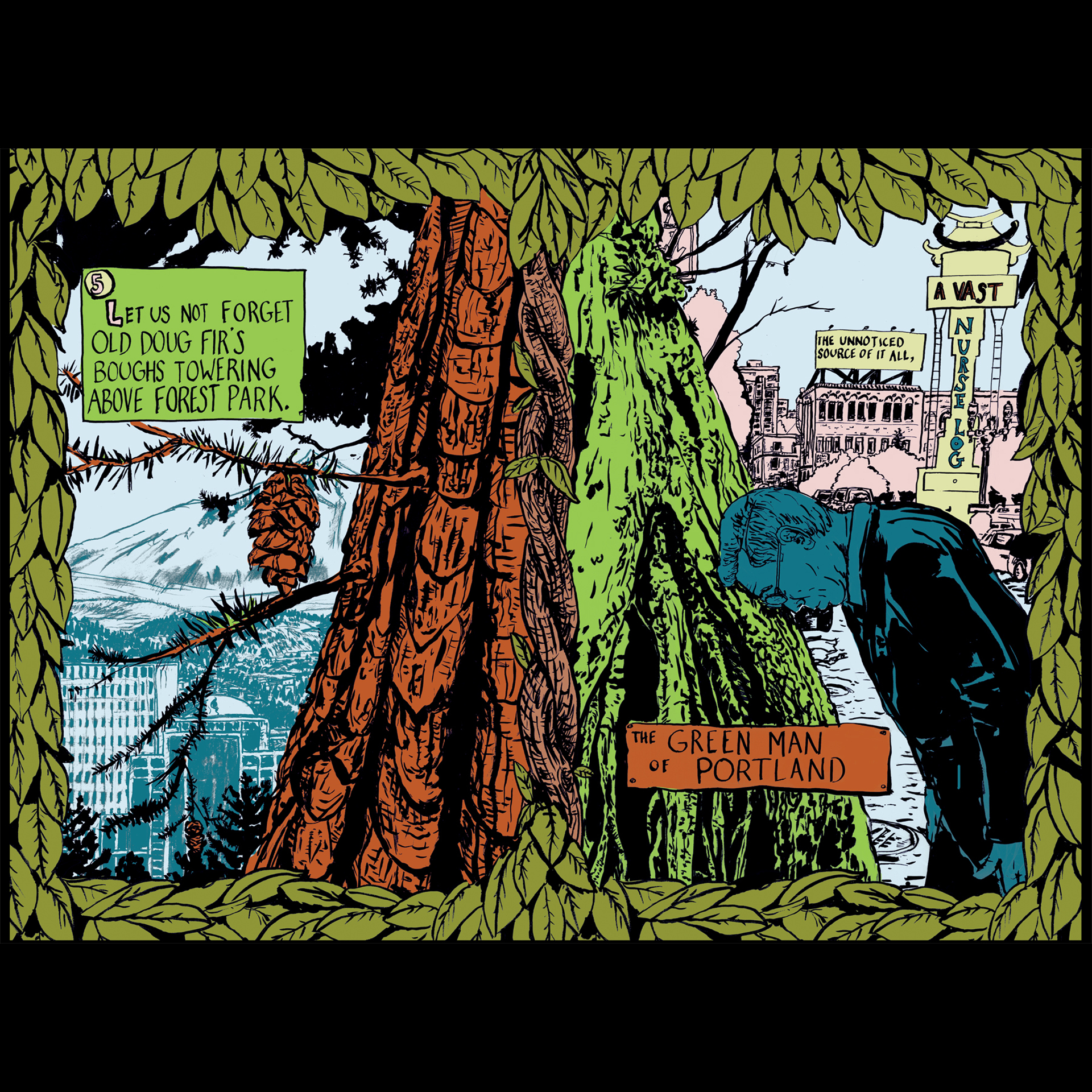 The Legend of the Green Man of Portland. Bronze, cast concrete and porcelain enamel. a $79,000 public art project in Portland’s downtown/Chinatown. Trimet commissioned this as part of the MAX Green Line expansion. The project spans 10 city blocks and includes 8 “historic markers” and two large scale sculptures. This is one of the largest public art projects in the city of Portland. Installed August 2009. The piece is pedestrian based, engaging viewers as they walkthrough the north transit mall.

To create an identity for the new MAX Green Line in Old Town Portland.

I was originally chosen as a sculptor but the scope expanded to include 10 city blocks.