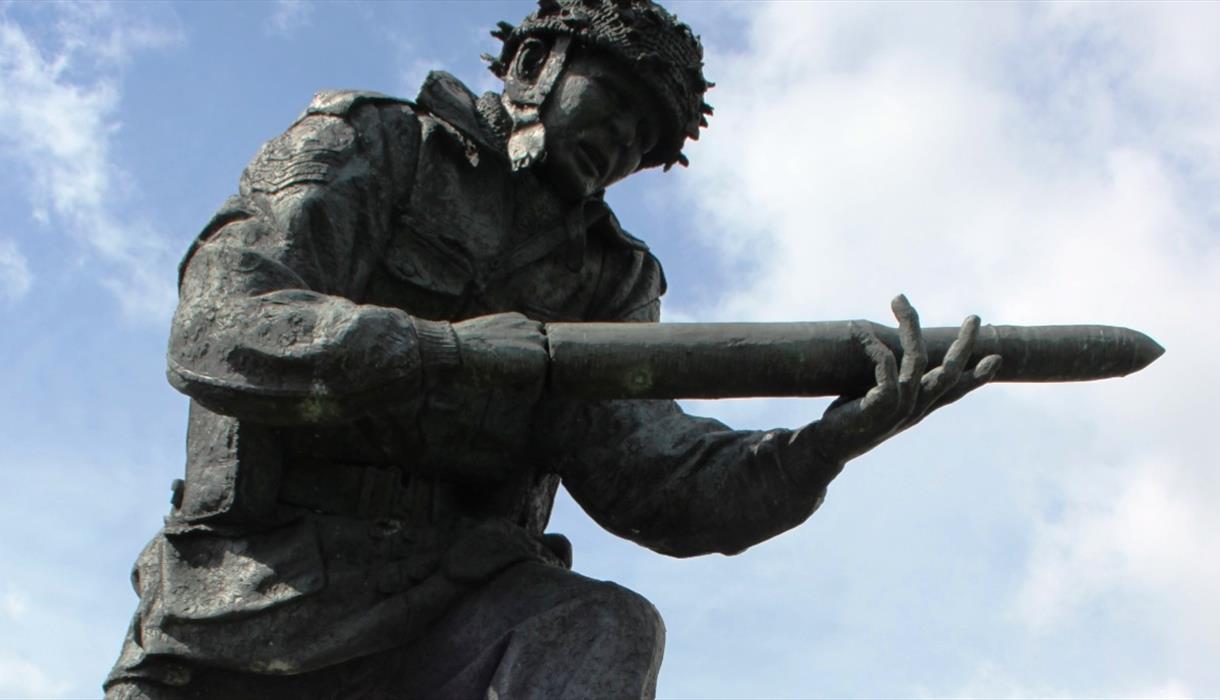 During the Battle at Arnhem, Lance Sgt. Baskeyfield, with all his crew dead or wounded, continued to man the Ordnance QF 6-pounder alone until it was put out of action. He then crawled, with a shattered leg, to another undamaged Ordnance QF 6-pounder and fired two shots knocking out an advancing self-propelled gun. Seconds later he was killed. Steven Whyte was awarded the commission of building a twice life size statue of him out of bronze.

While producing the Jack Baskeyfield VC Tribute, Whyte strived to communicate a common evocative and emotional statement. Consequently, he designed a piece that depicts the physical details of a specific World War II soldier while it expresses the universal bravery and sacrifice inherent in battle. The monument captures Baskeyfield loading a canon shell, traditionally used by two soldiers, unassisted. The statue symbolizes the rare force universally displayed by soldiers in the adversity of war. Today, the statue stands as the only memorial to a non-commissioned soldier in Great Britain.

In order to do justice to their sacrifice, Whyte conducted interviews with multiple veterans and listened to their stories about World War II. The information received from those exchanges resulted in an authentic piece of work that is now enjoyed and appreciated by many visitors today.