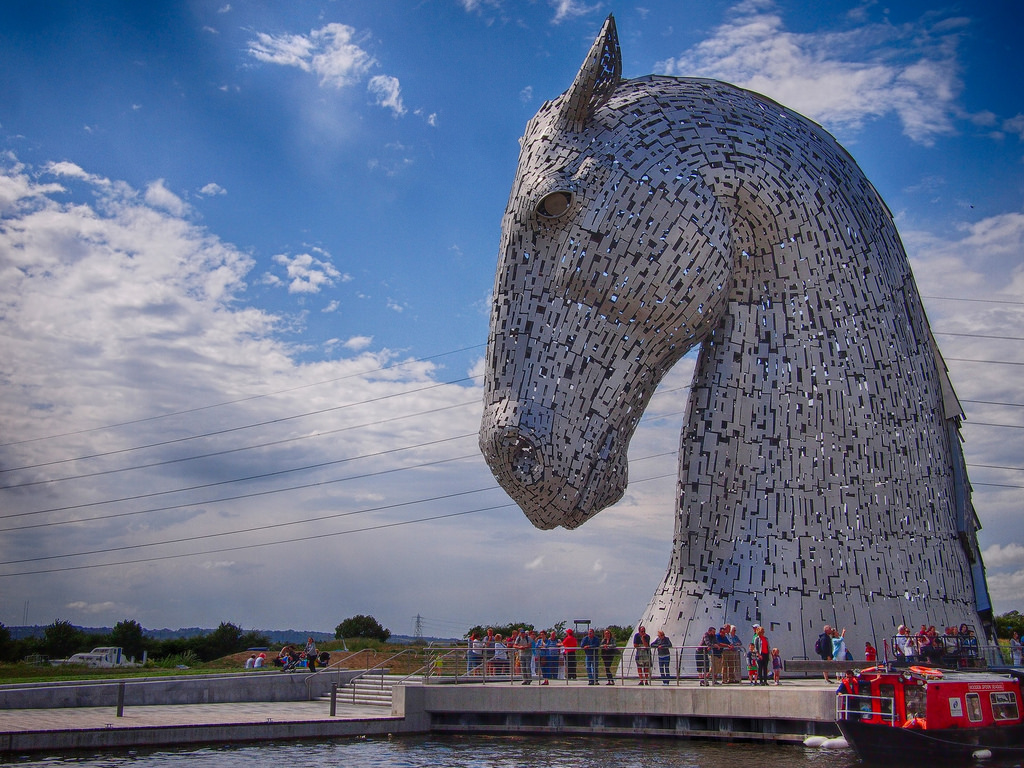 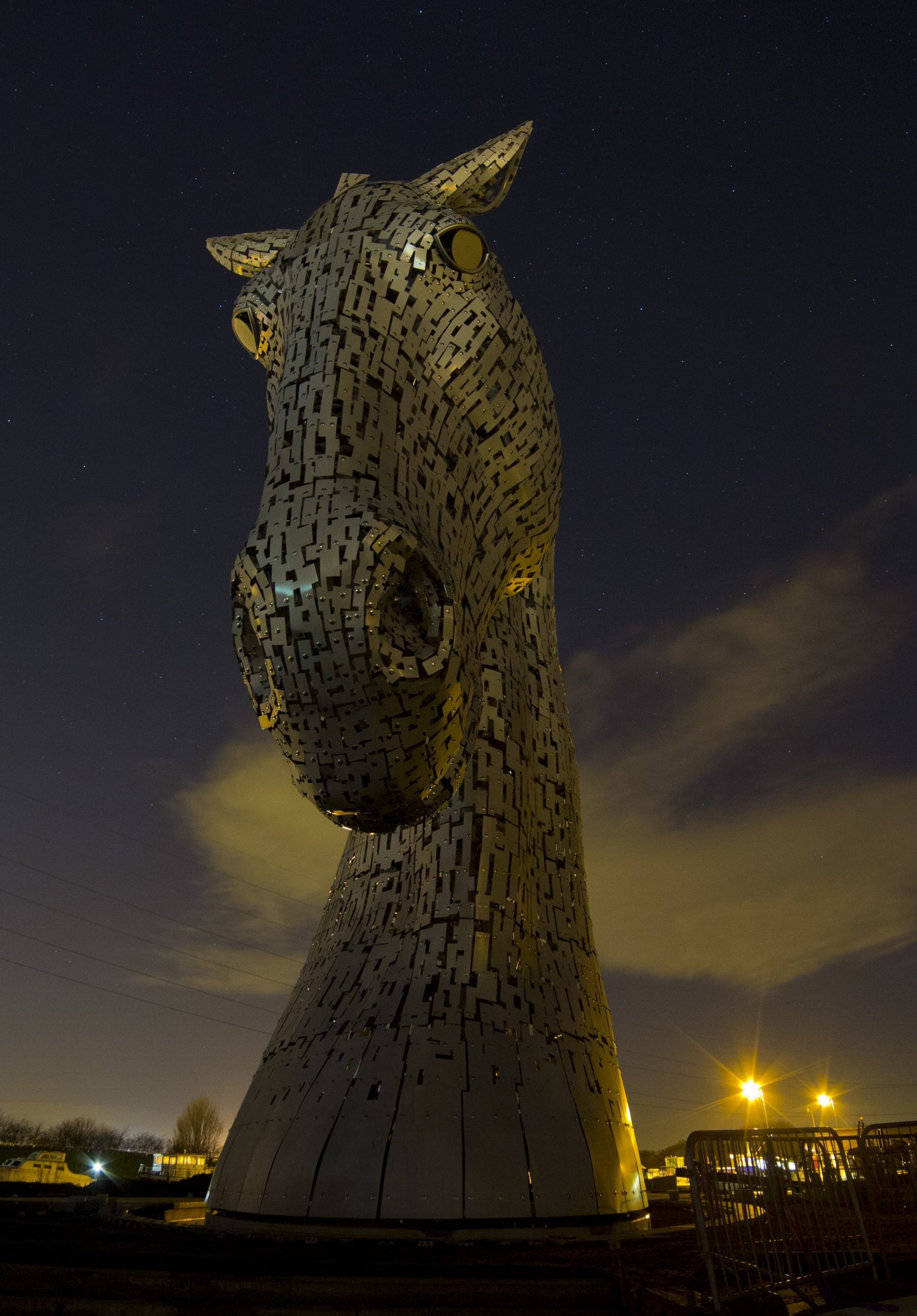 Construction of The Kelpies began on 17th June 2013. The two enormous structures were manufactured and installed by SH Structures Limited. In a remarkable feat of engineering, the sculptures rose out of the ground in a stunning construction process, captured in all its glory by Walid Salhab in his dramatic time-lapse stop-motion film.
The build was officially completed on 27th November 2013 and opened to public in 2014.
The Kelpies by numbers:
• 300 tonnes each
• 30 metres high
• 1200 tonnes of steel-reinforced concrete foundations per head
• 990 unique stainless steel skin-plates
• Built on site in 90 days

The goal was to show the unique process of building these structures. A unique stop motion style of time-lapse was developed specially to suit the building process of the Kelpies. The Kelpies were not built like a normal building, they were built in a very unique way. This demanded the physical presence of the photographer within the construction site. The idea was to capture the construction process and the way that the Kelpies changed the environment and once complete how they interact with the environment.

Lots of liaising had to happen between the filmmakers, the artist and the construction company because using the stop motion technique to capture the build meant that the filmmakers had to be on site. It was not possible to use automated methods. The filmmakers had to understand the design and the building process in depth and decide what shots could be filmed and what areas could be ignored. The filmmakers also had to face a lot of health and safety issues as they had to film within dangerous areas while the Kelpies were being built. The camera moves in the film had to be designed within the building process for health and safety reasons. The filmmakers had to understand the vision behind the design of the Kelpies from the designer Andy Scott and they had to reflect that into the films style. The film itself had to reflect the artist’s vision, the Kelpies are shape shifting creatures and the artist created sculptures that interact and reflect the environment and change with light. The second part of the film was devoted to showcasing this aspect of the structures.

The Kelpies film is a stop motion animation filmed within a construction site. We believe that is a unique process that demanded lots of organisation and taking a few risks. 90% of the film shot with the filmmaker capturing the process frame by frame over hours and hours. For example one shot could take 9 hours to film. 120,000 unique photographs were taking to make this film and each one had to framed individually. Although the film might look like it's been mostly made on a computer it isactually made using traditional stop motion techniques.