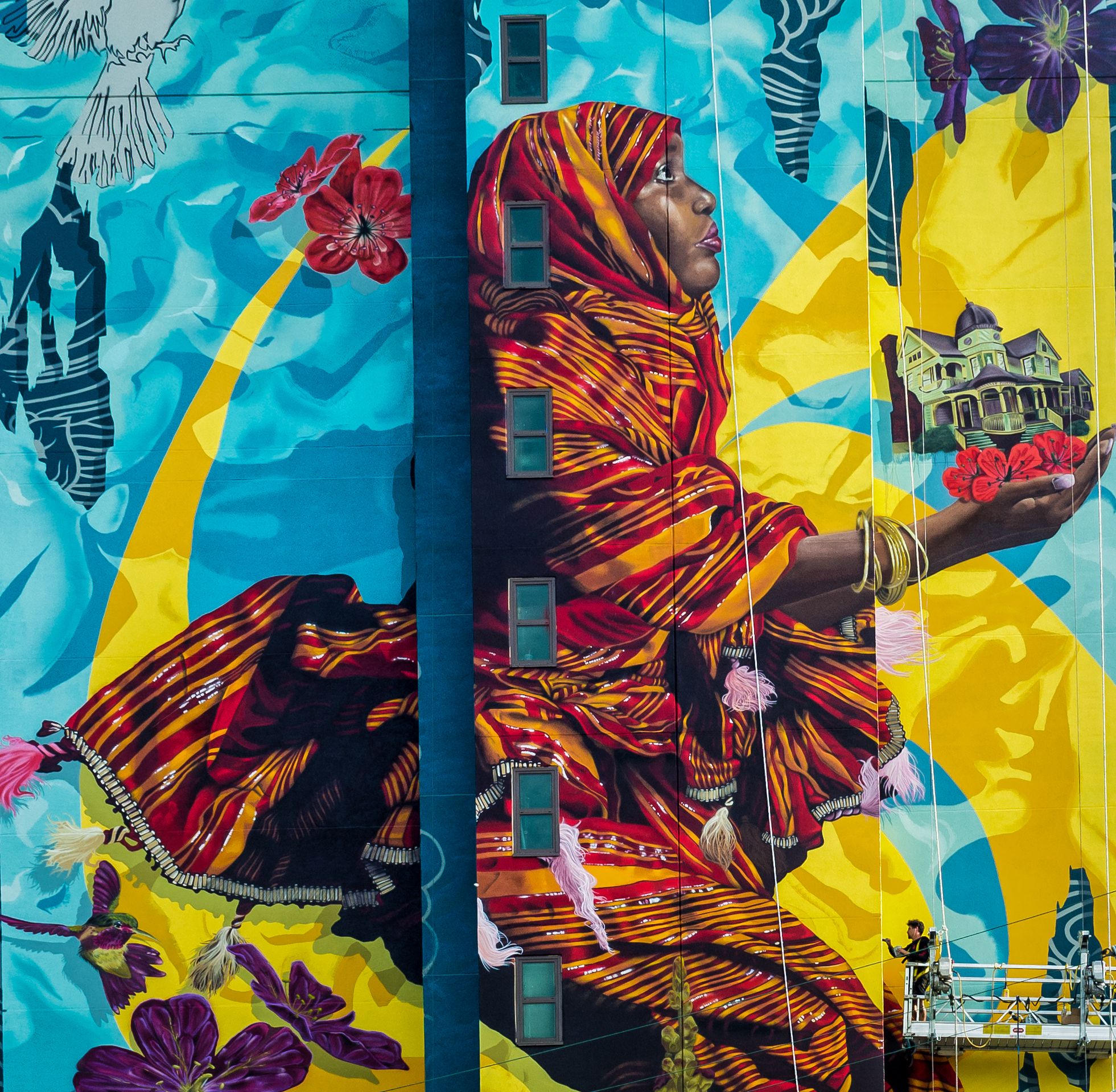 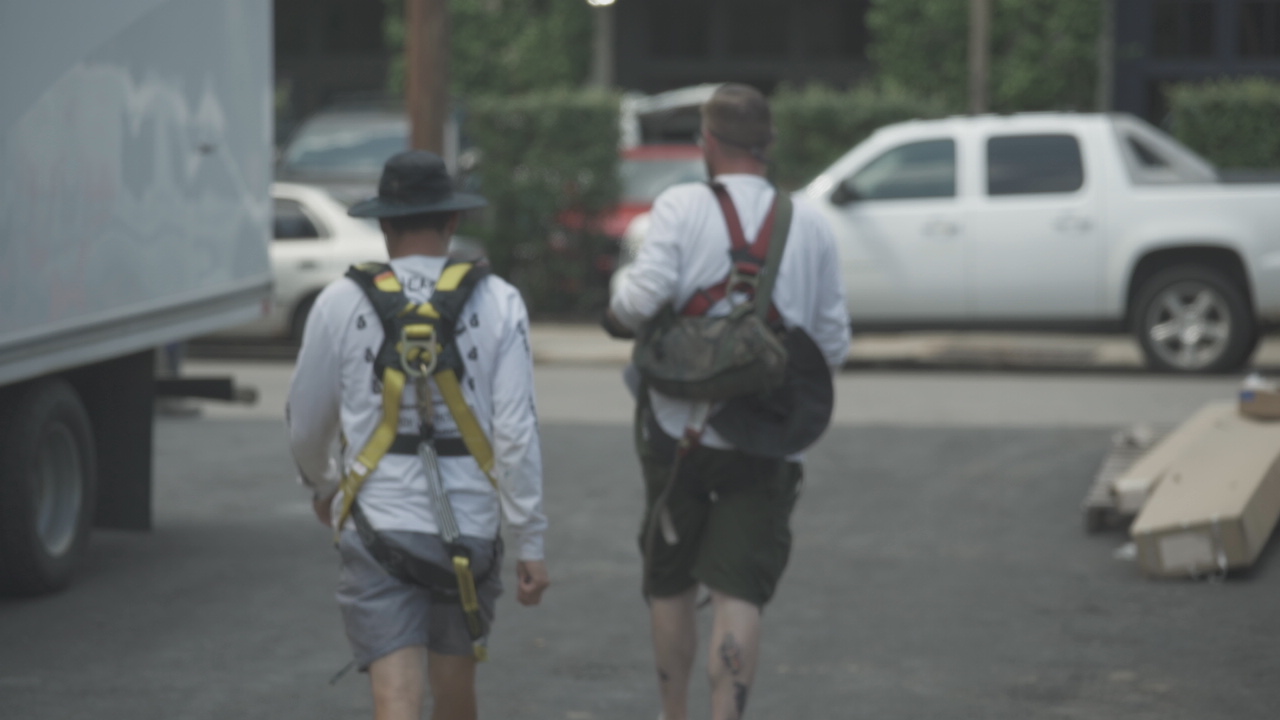 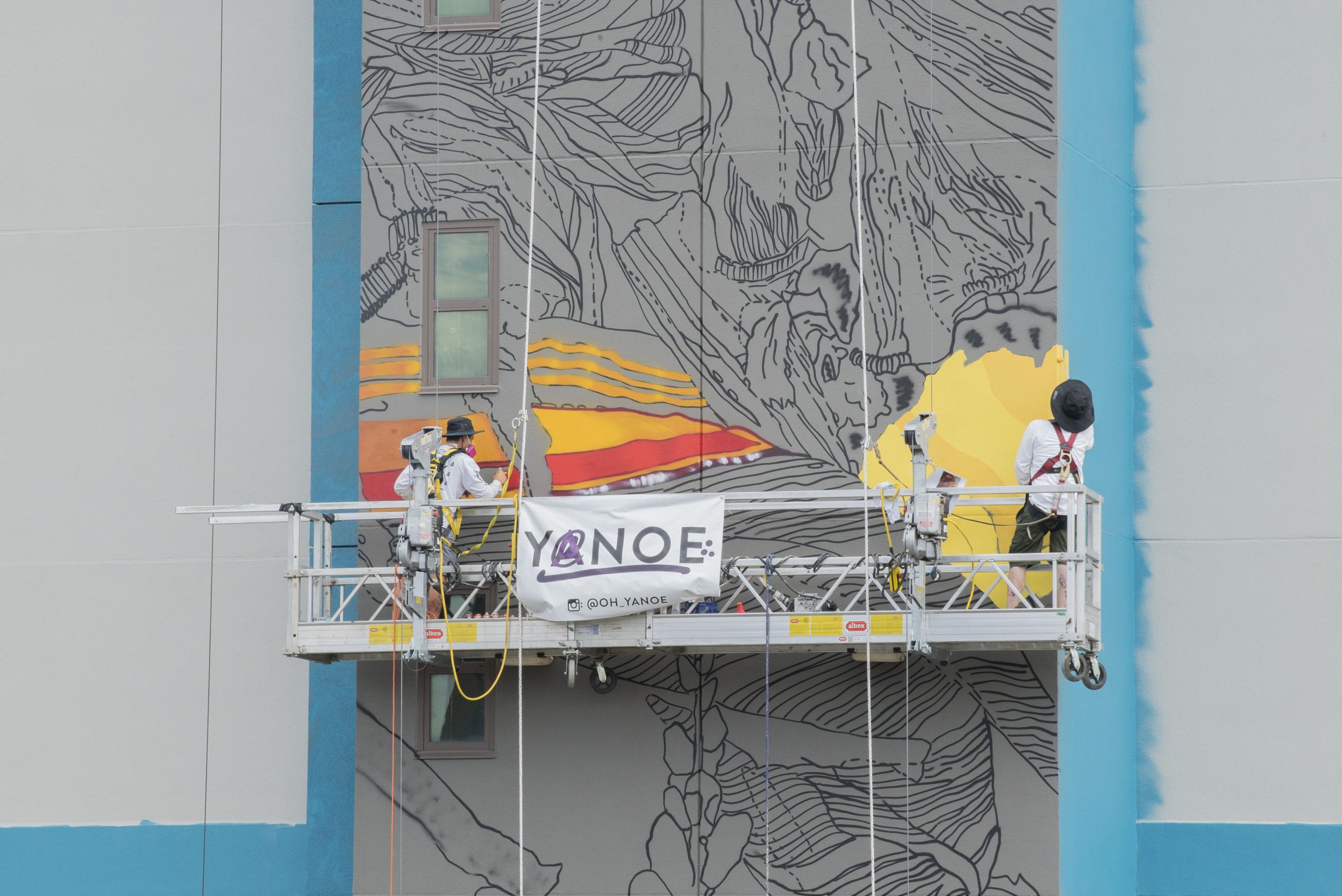 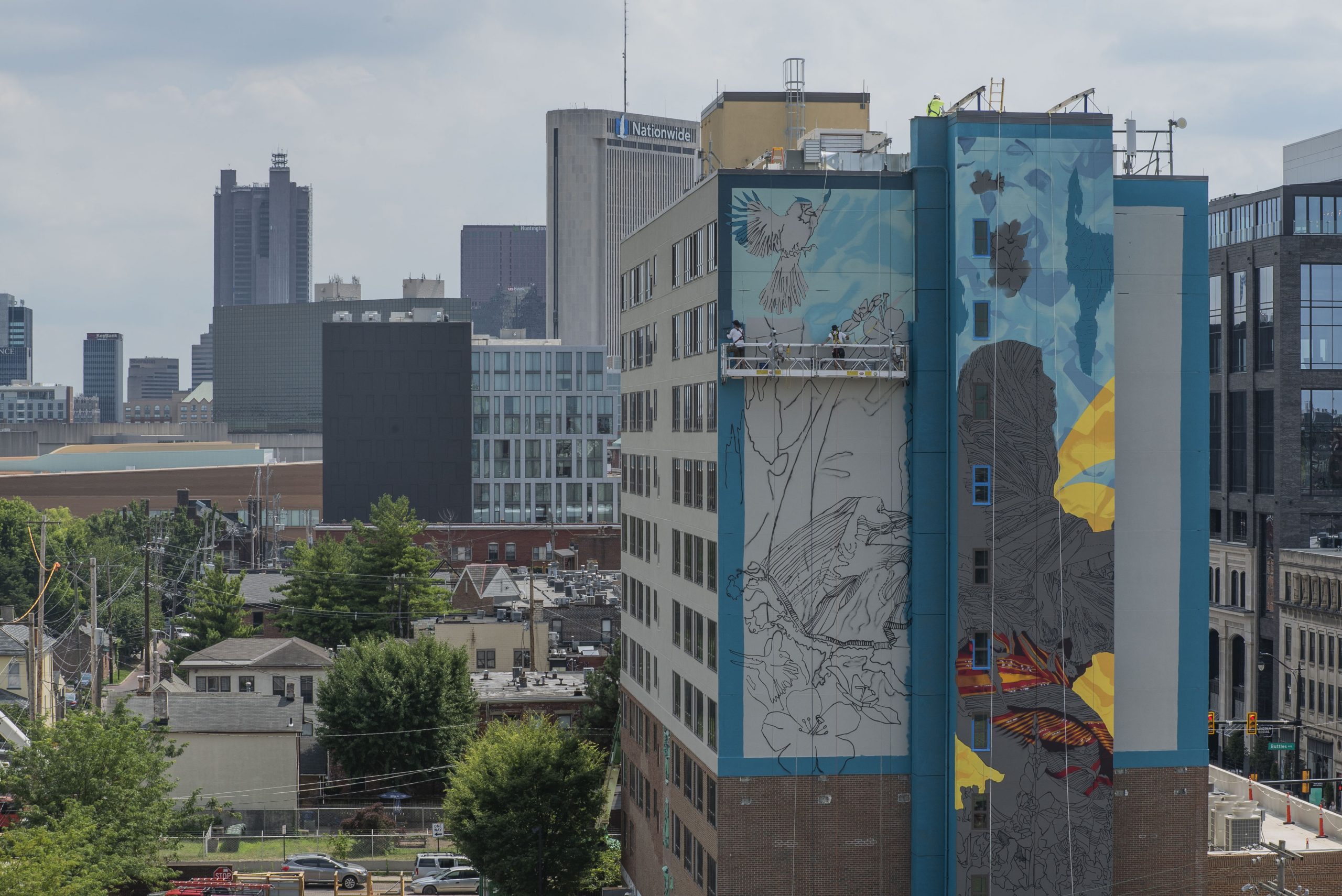 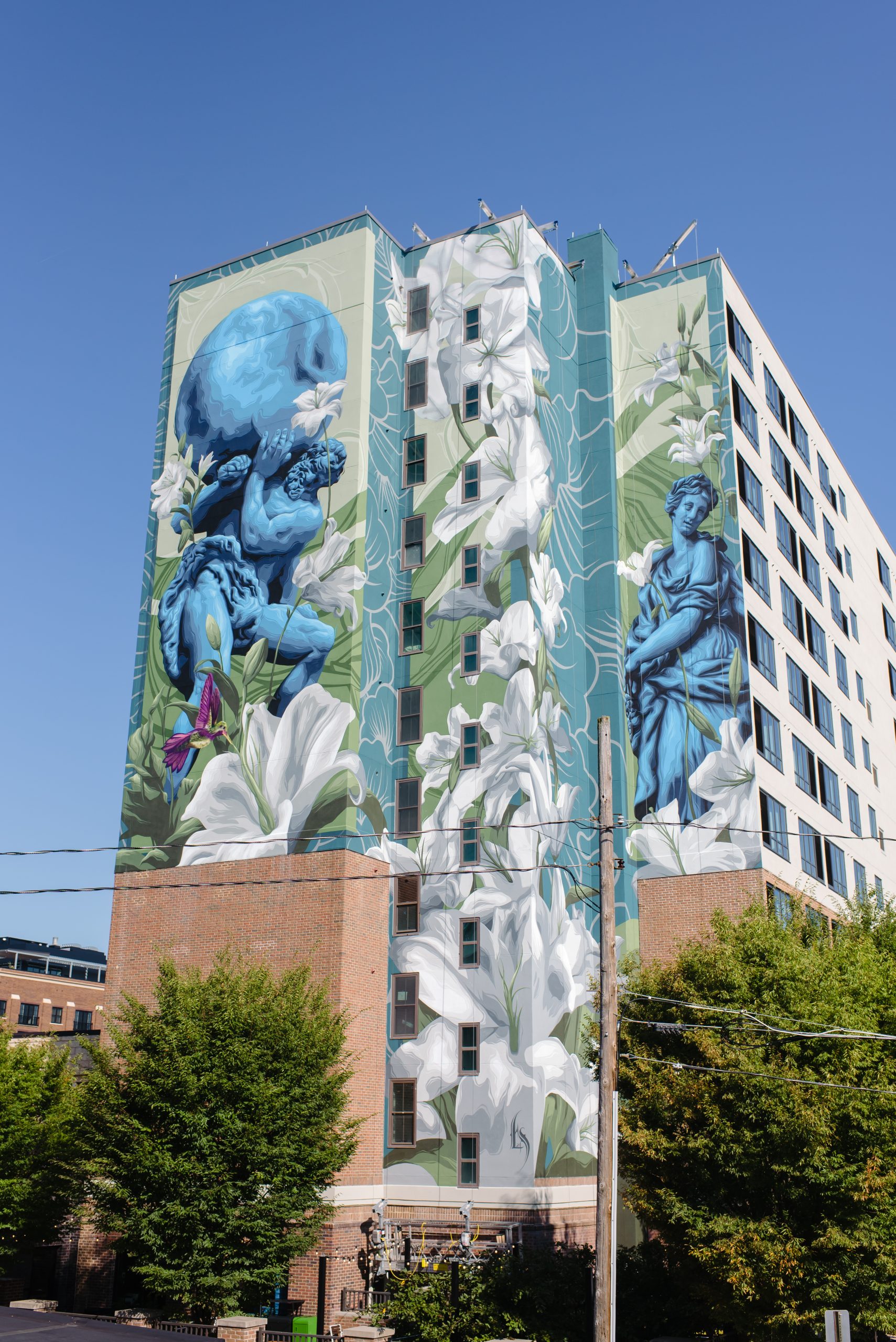 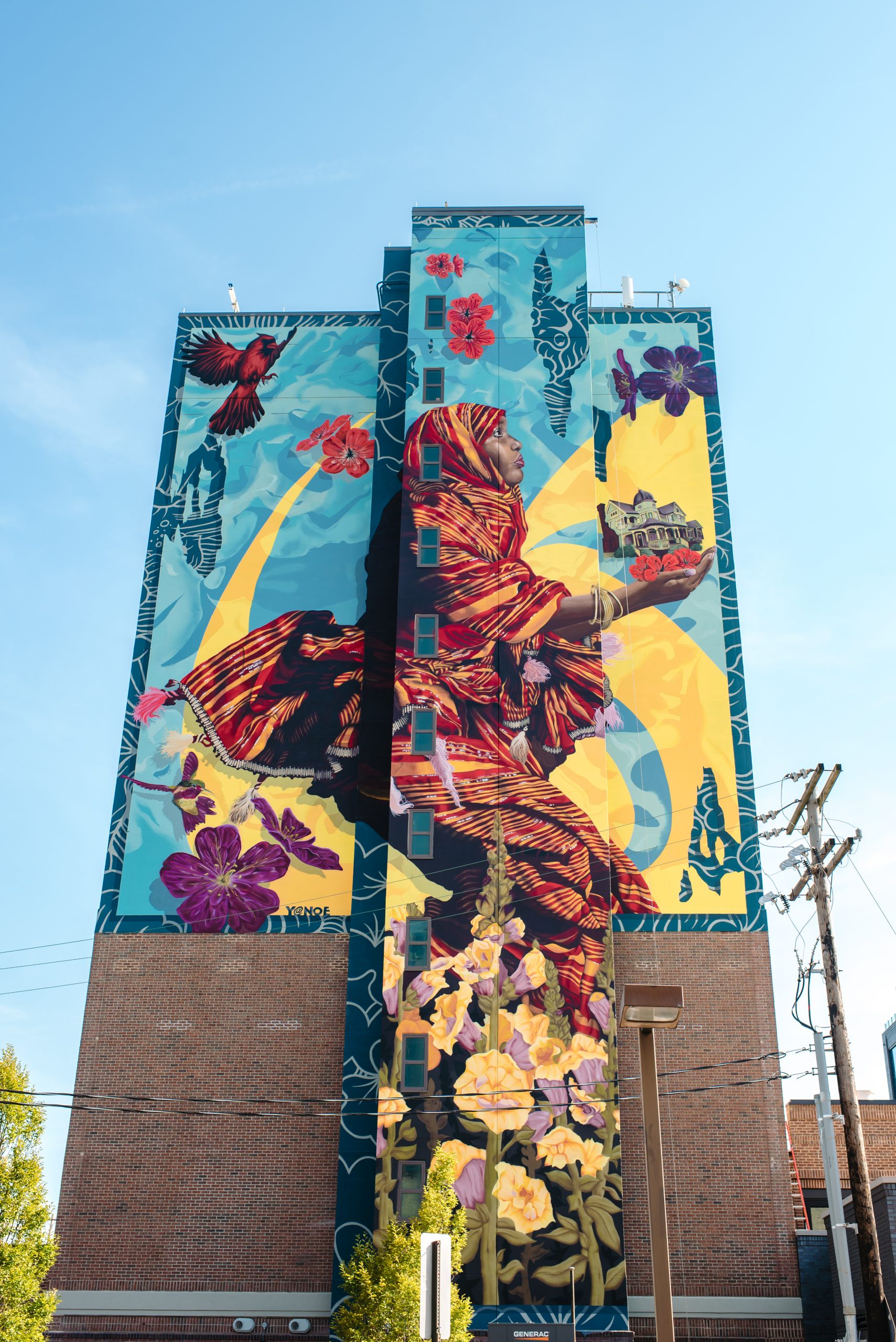 Graduate Columbus, a hotel in the Short North Arts District of Columbus, Ohio, features
a series of three permanent murals, titled The Journey , by Los Angeles-based artists
Ryan “Yanoe” Sarfati & Eric “Zoueh” Skotnes, completed in 2019. The murals, which
are the tallest in the city, depict the journey of a hummingbird connecting man to the
gods. Mythological figures signify the prosperity of Columbus, while the figure of local
Somali woman Hodan Mohammed, founder of the community organization Our Helpers,
wearing a traditional guntiino , represents the journey of new Americans in Columbus, a
welcoming city. Sarfati and Skotnes were prolific in the 1990s L.A. street art/graffiti
community and have built professional careers working in the film industry and as
international muralists. The augmented reality experience was created & developed by
Augmented Island Studios of Portland, Oregon. Eric and Ryan, the artists, hand
selected the company to work together with them as a team on the project to create a
beautiful blend of art & technology. The public can download a free app and experience
different scenes within the artwork. Presently, the mural is under consideration for being
one of the largest augmented reality murals in the world.

●Stimulate Conversation: Public art can stand out, engage, and inspire residents and
visitors intellectually, aesthetically, and emotionally.
● Tell the Story: Public art can embody our community spirit and aspirations by honoring
the past and envisioning our future.
● Speak to Diversity: Public art can speak to the many people and neighborhoods united
by High Street.
● Take Risks: Public art can be bold, challenge our understanding of art, and express our
ambition.
● Level Up: Public art can represent the highest expression of culture and elevate the
profile of our city.
● A successful project would maximize the site-specific nature of the building as a canvas,
leveraging its unique architecture, while creating deliberate linkages between the artwork
and the pedestrian.