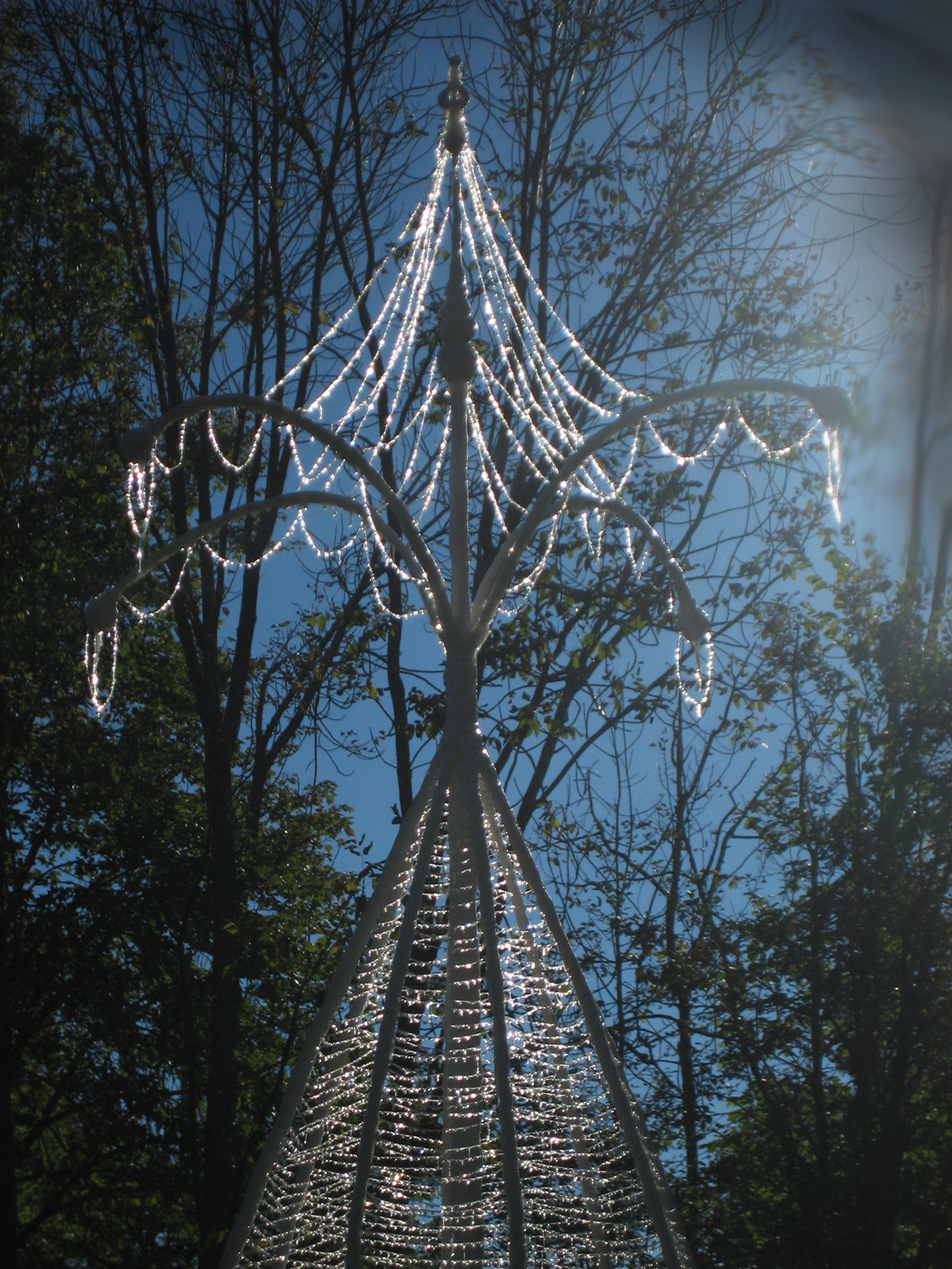 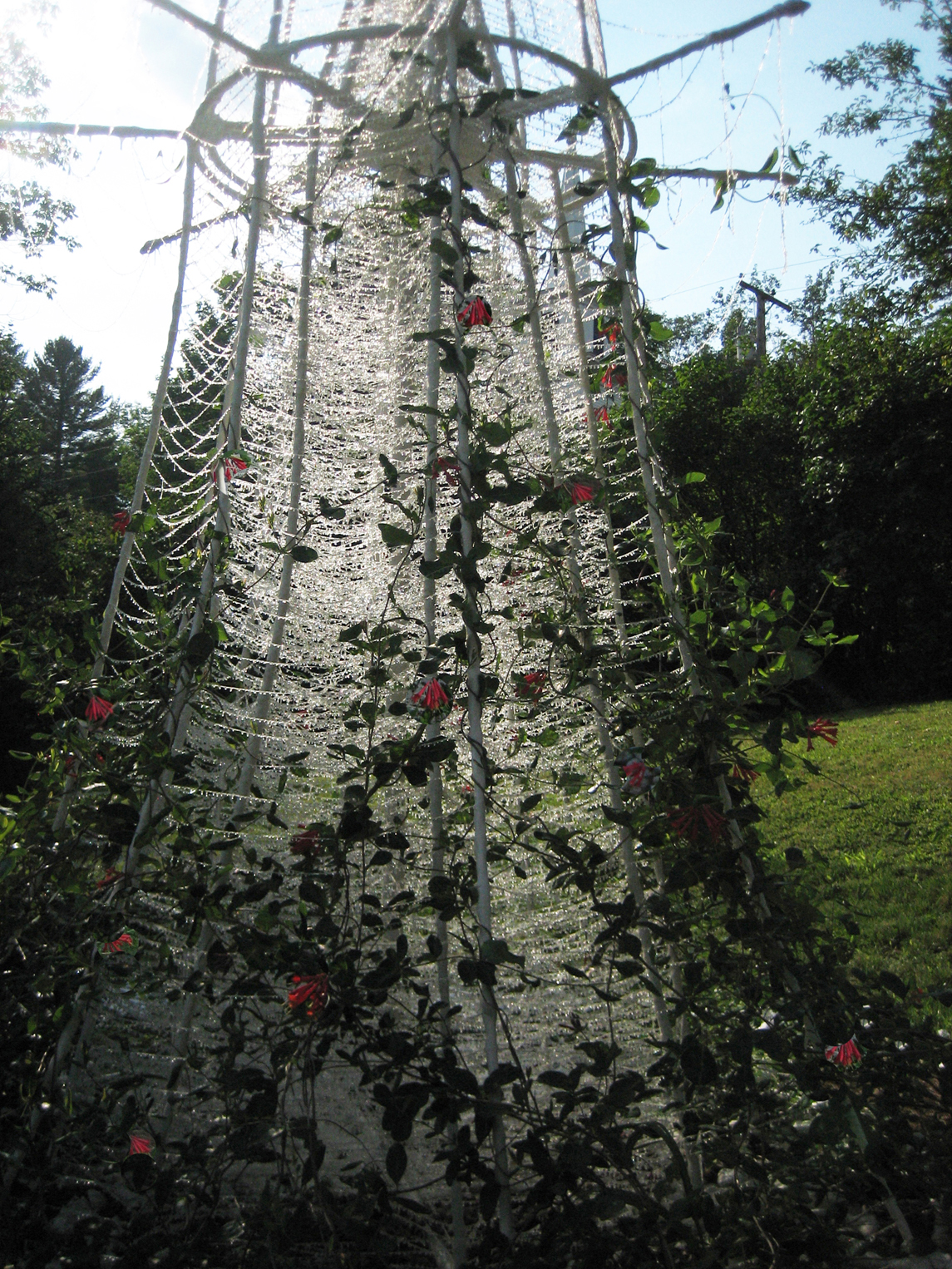 The Hummingbird Palace, Harrisville is an environmental sculpture about natural processes that change over time. It is constructed to have flowering vines interacting with the manmade structure, by growing up and through it. The flowers simultaneously act as attractors for hummingbirds.

This project was made for a private client. I was given free reign.

One thing that is engaging for viewers is that the project changes over time. There are two photographs that show a similar area of the piece. One was taken shortly after installation in 2013. The second was taken 11 months later and you are able to see the way the vines have grown. It is only after this duration of time had passed that the hummingbirds were finally coming.