The Heavy is the Root of the Light - CODAworx 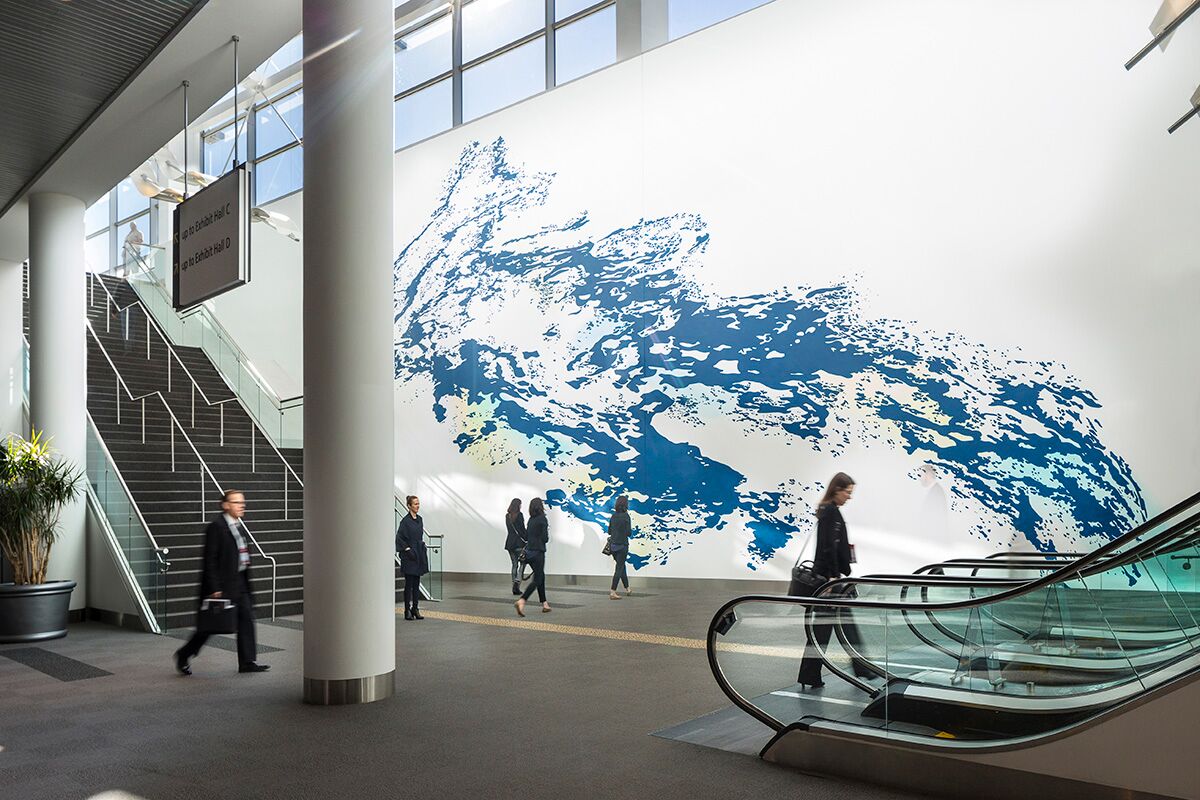 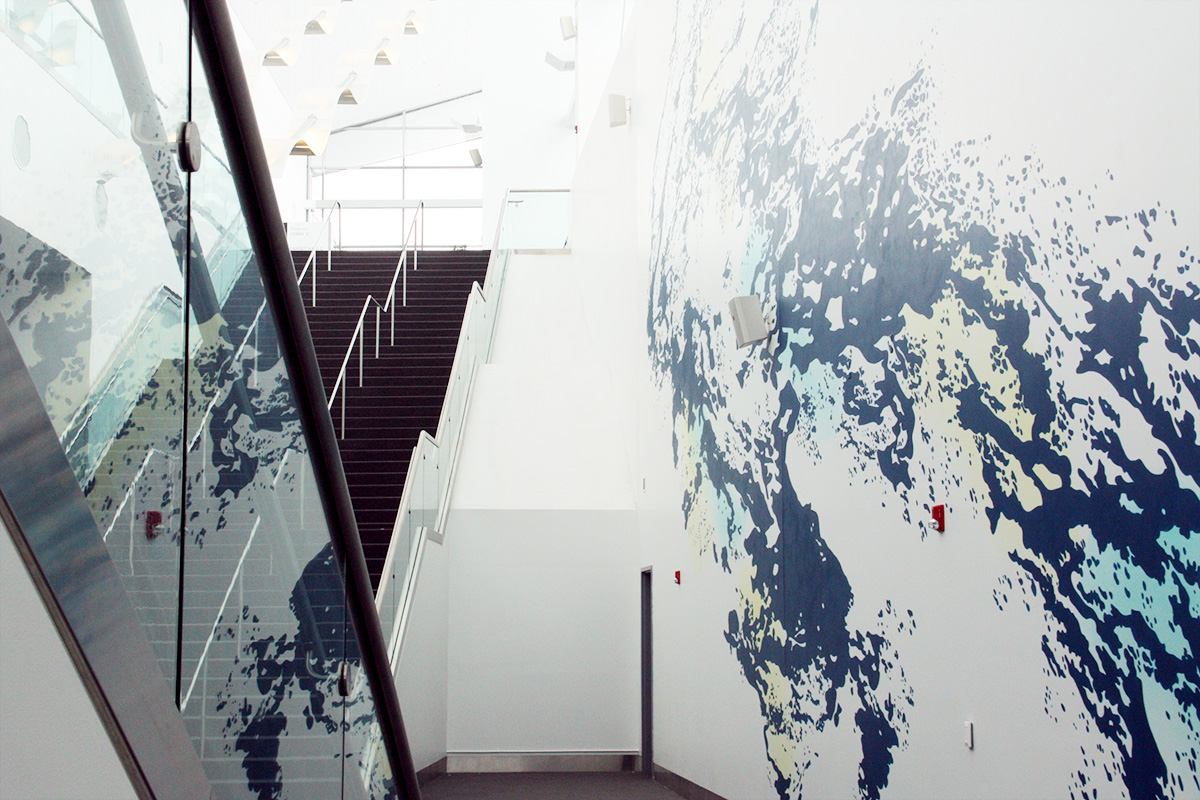 Client: The City of Denver

Commissioned for the Colorado Convention Center by the City of Denver, this piece occupies a three story wall within an atrium outside the BellCo Theater. Measuring 32 ft x 62 ft., the piece was executed by hand directly on the wall over the course of two weeks.

The goals for this piece were to activate this expansive wall, visible at the end of two corridors leading towards the theater at the end of the building. Conceptually, I was interested in drawing parallels between the traffic flow of pedestrians through the lobby outside of Bellco theater and the flow of the local river, which drew the original settlement of Denver. Abstracted organic shapes create a sense of directional movement that draws viewers in either direction between the lobby and the second floor, mimicking the pattern of the stairwell. The title of the work is a line from the Tao te Ching, and references both the movement of pedestrians in harmony with natural rhythms, and the many dualities present in the work, such as natural and constructed spaces, interior and exterior environments, and historical and contemporary uses of the site