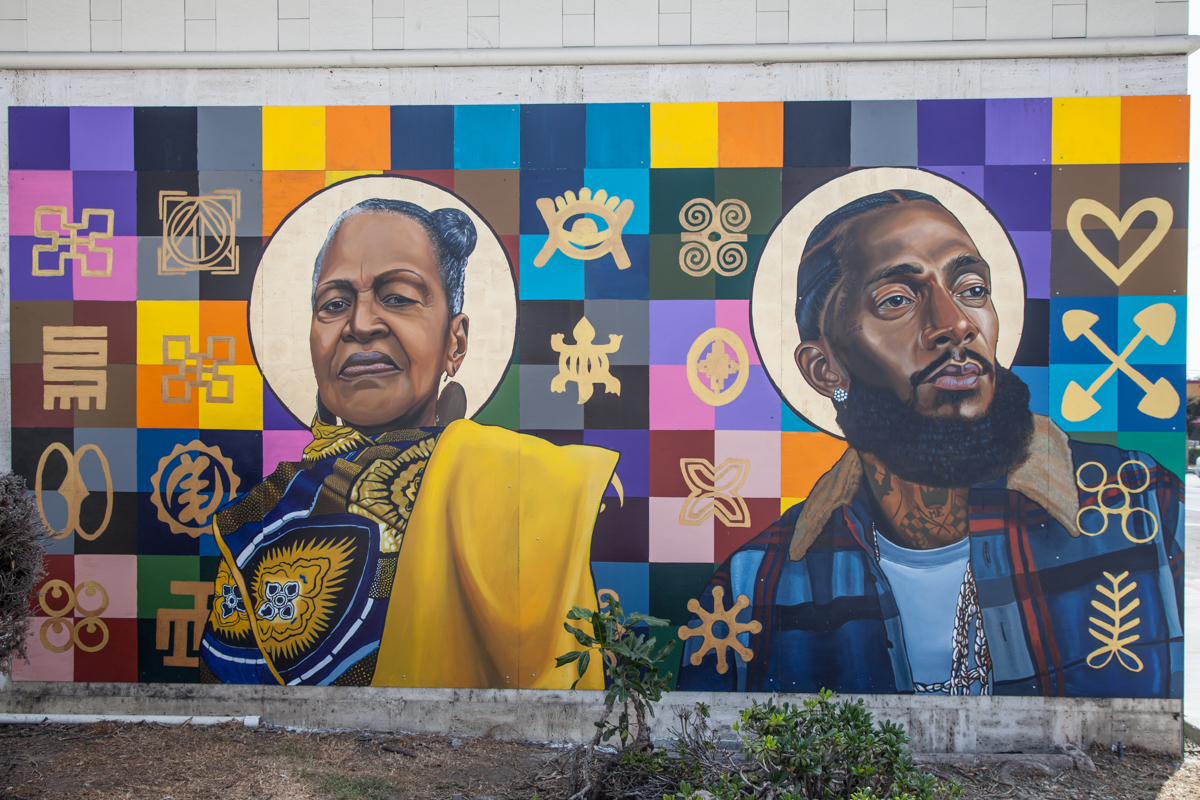 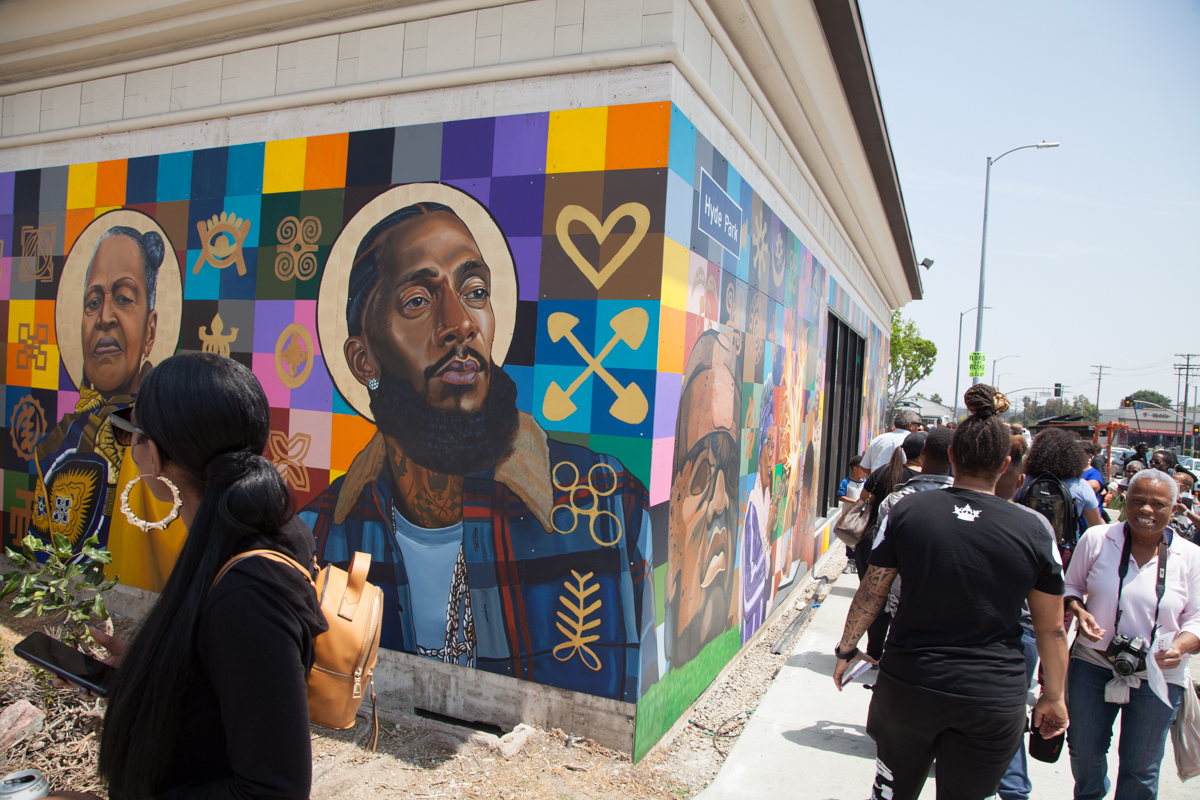 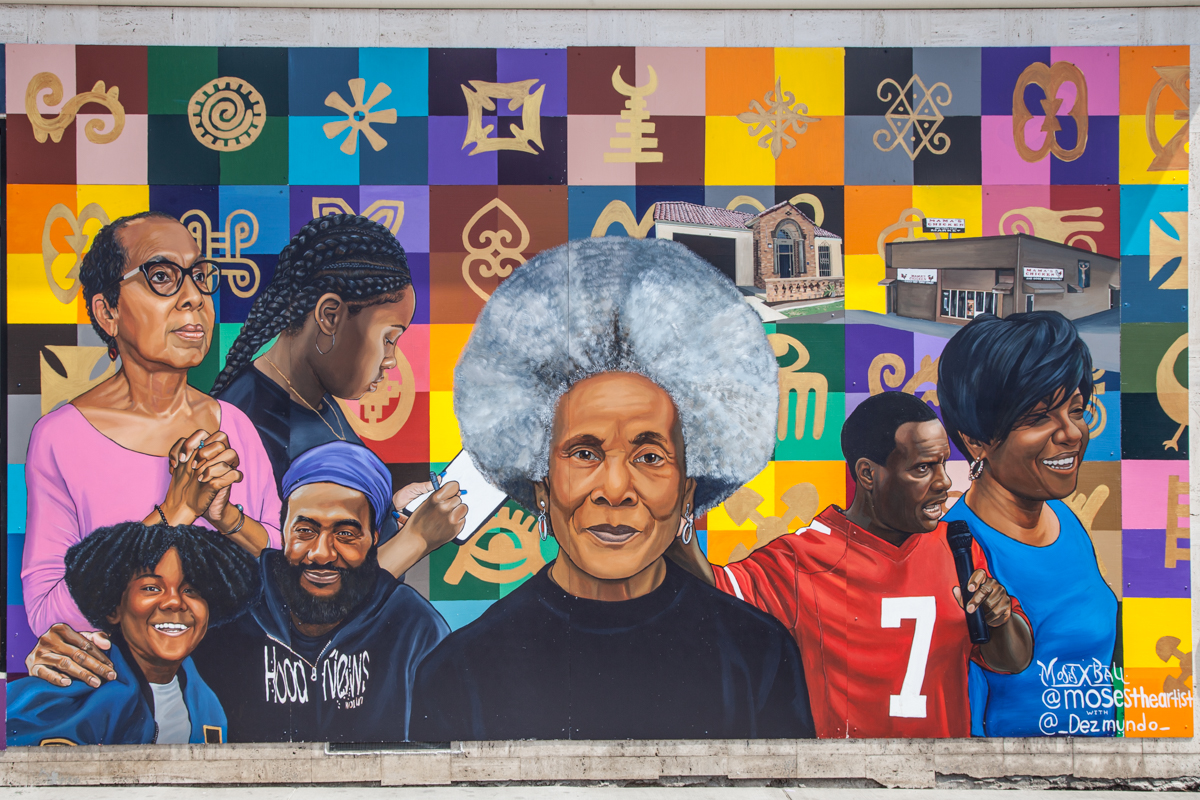 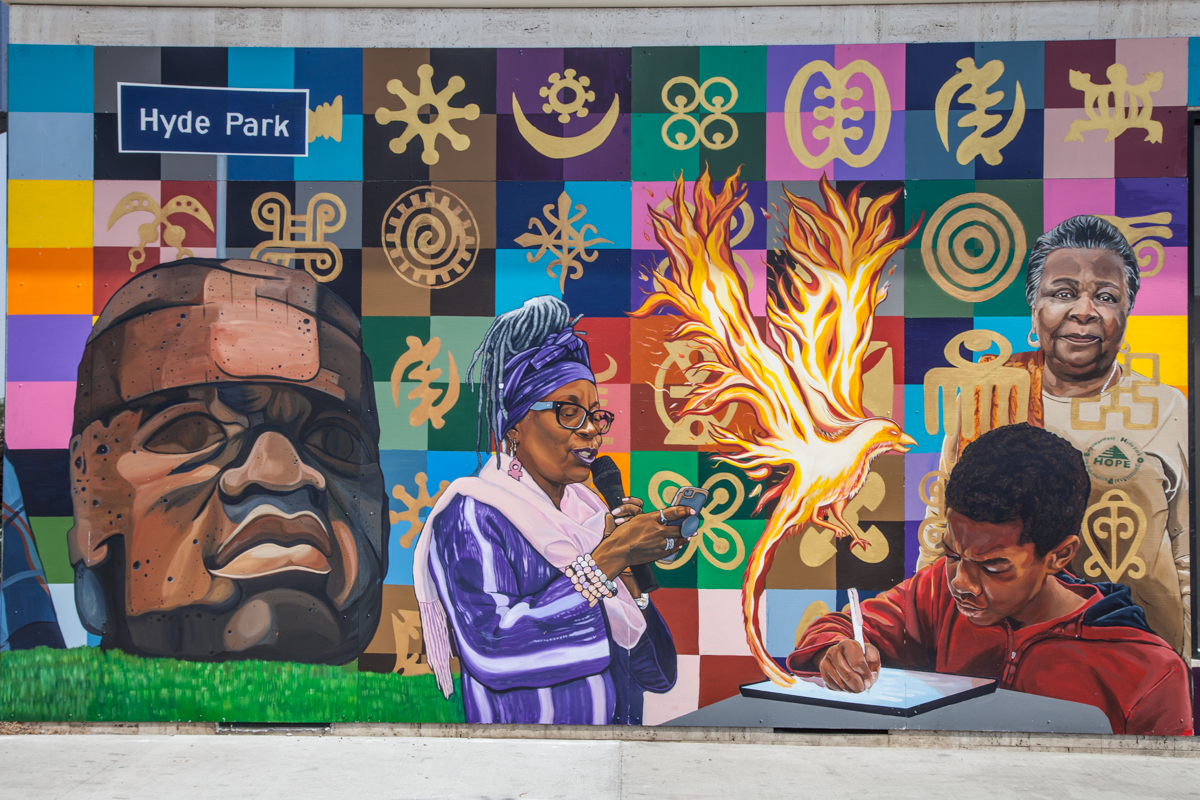 The Heart of Hyde Park, Mural 12’ x 48’, Los Angeles, CA
The Heart of Hyde Park was created to pay tribute to the Hyde Park neighborhood and activists, business owners and residents who live there, at a time when gentrification seems to be changing community demographics. Painted at Nipsey Hussle Square, The mural depicts him among the many community heroes featured.

A landmark mural celebrating Hyde Park community stories was unveiled Saturday at the intersection of Crenshaw Boulevard and Slauson Avenue. The project began with area youth collecting the stories of residents and business owners under the guidance of lead artist Moses Ball. He also collaborated with rising artist Dezmond Crockett and HOPE Hyde Park member Assata Umoja, who coordinated the involvement and history gathering of local youth.

The mural was developed in anticipation of the Crenshaw/LAX Line, which is scheduled to open next year. The mural was designed to improve the first/last mile experience and will be visible to tens of thousands of people – those who live, work and play in the area, as well as transit riders.

The project was led by local nonprofit LA Commons with technical assistance from Metro Arts & Design to support deeply anchored, community developed and owned transit connections. Funded by Transportation for America, the mural is installed on private property and is owned and maintained by LA Commons.

From the very beginning of this project I wanted the community's voice to be heard. I met with residents, leaders and activists in the area to hear their first hand accounts of the most important aspects of the neighborhood. I also taught and mentored youth on the art of mural making and hired local artists to assist and gain public art experience. We worked with Metro, LA Commons and Transportation for America on funding, resources as well as city approvals for the work.

One of the most impactful murals in Los Angeles, the Heart of Hyde Park mural has become the landmark visual for the community. From this project were birthed a number of professional public artists who I was able to mentor and train who continue to beautify the city.