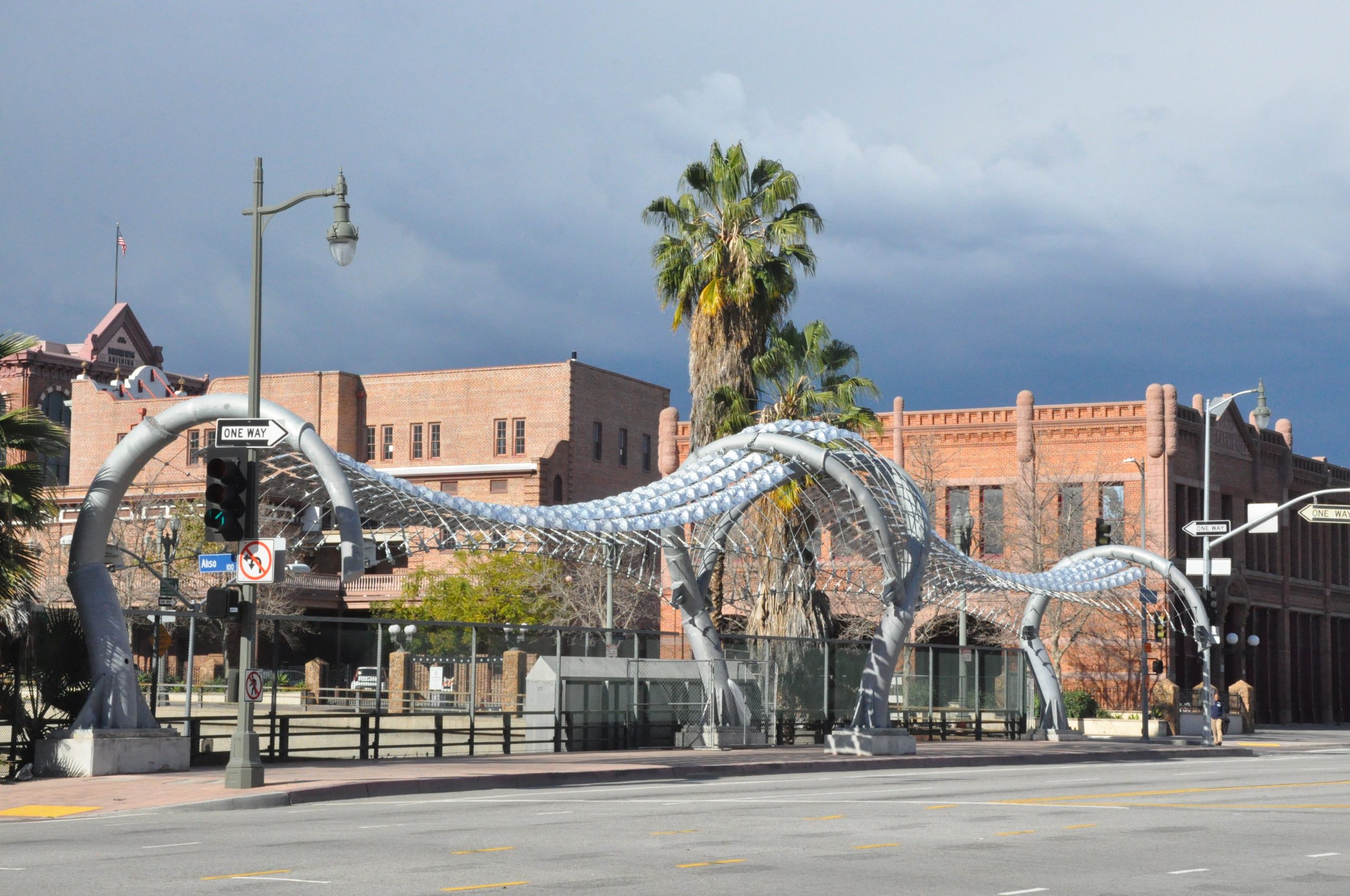 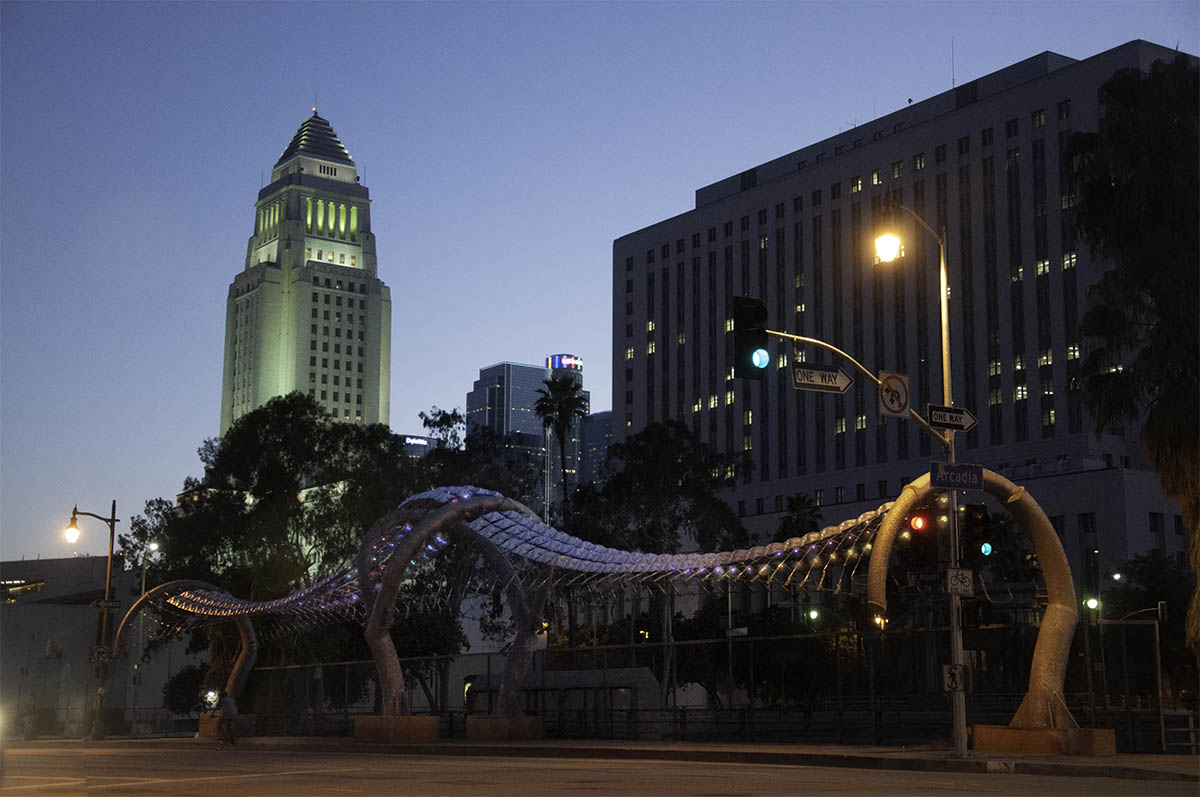 The Gateway to Los Angeles grows the visual language of highway infrastructure into an organic form at the scale of natural phenomenon. Aluminum “nodes” embedded with LEDs fixed to the canopy illuminate at night reviewing data collected of the daily vibrations along the bridge.

Envisioned as a responsive infrastructural element, the sculpture provides shade as well as electrical power and seismic data to those in its proximity. The fluid form of the canopy and its nodes simultaneously evoke the classic waves along Southern California beaches while taking cues from the New Year’s Dragon that parades annually through the streets of nearby Chinatown.

One of two 100' x 15' x 20' pergolas commissioned to activate the overpasses above the 101 freeway in downtown, welcoming pedestrians to cross over between the historic downtown core and the cultural districts of El Pueblo and Chinatown.