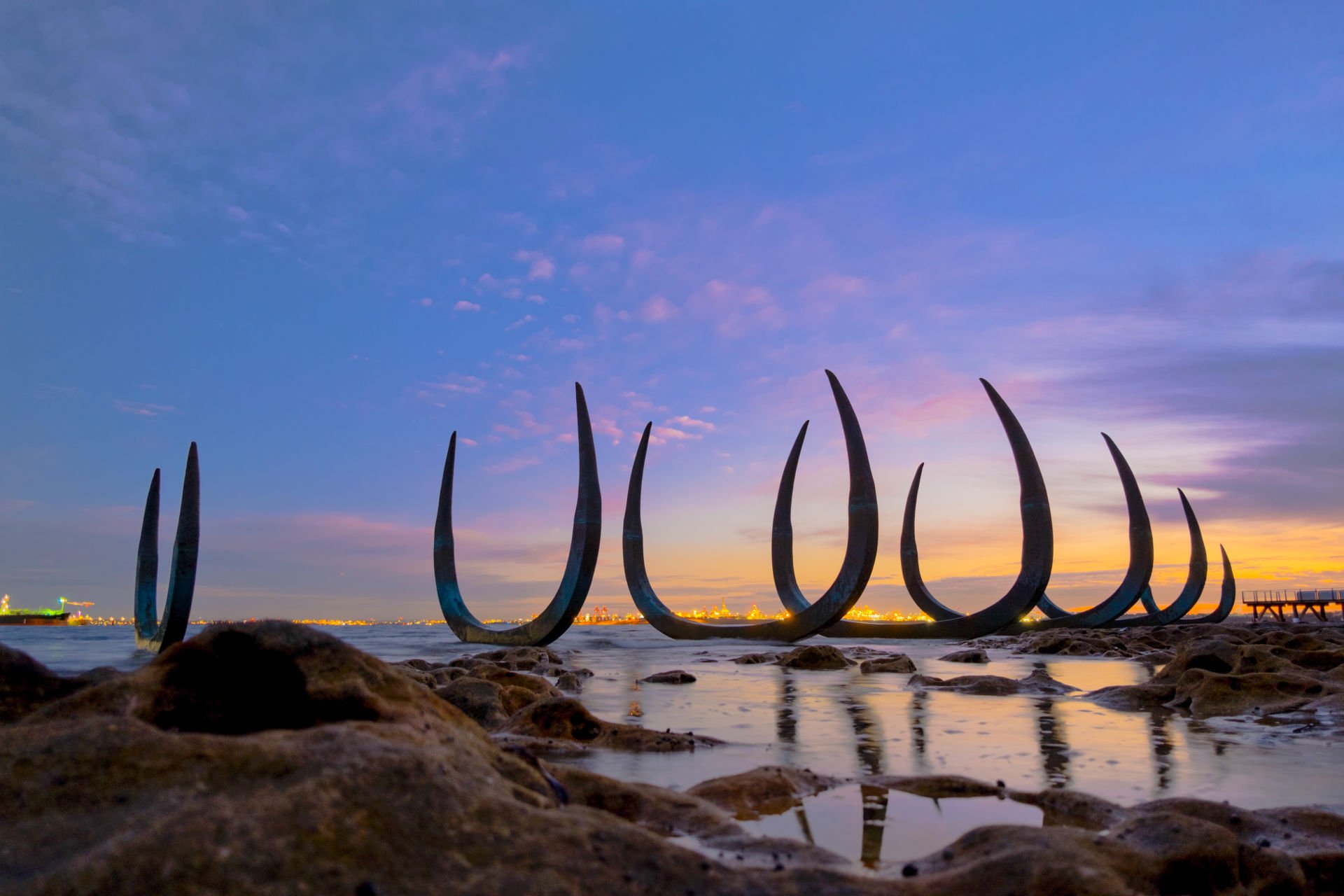 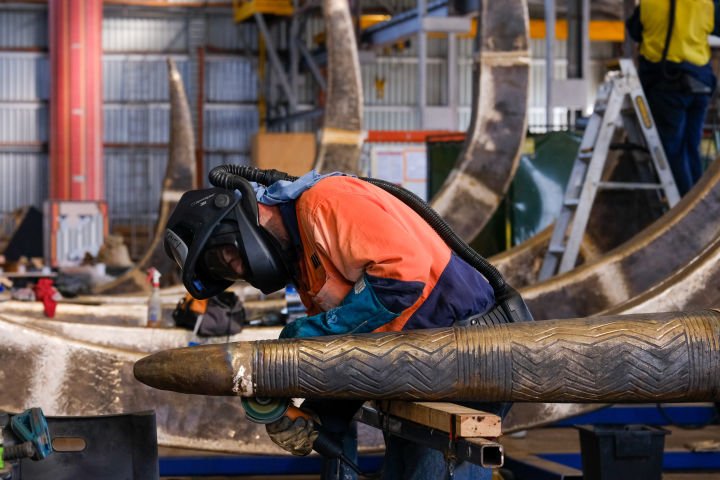 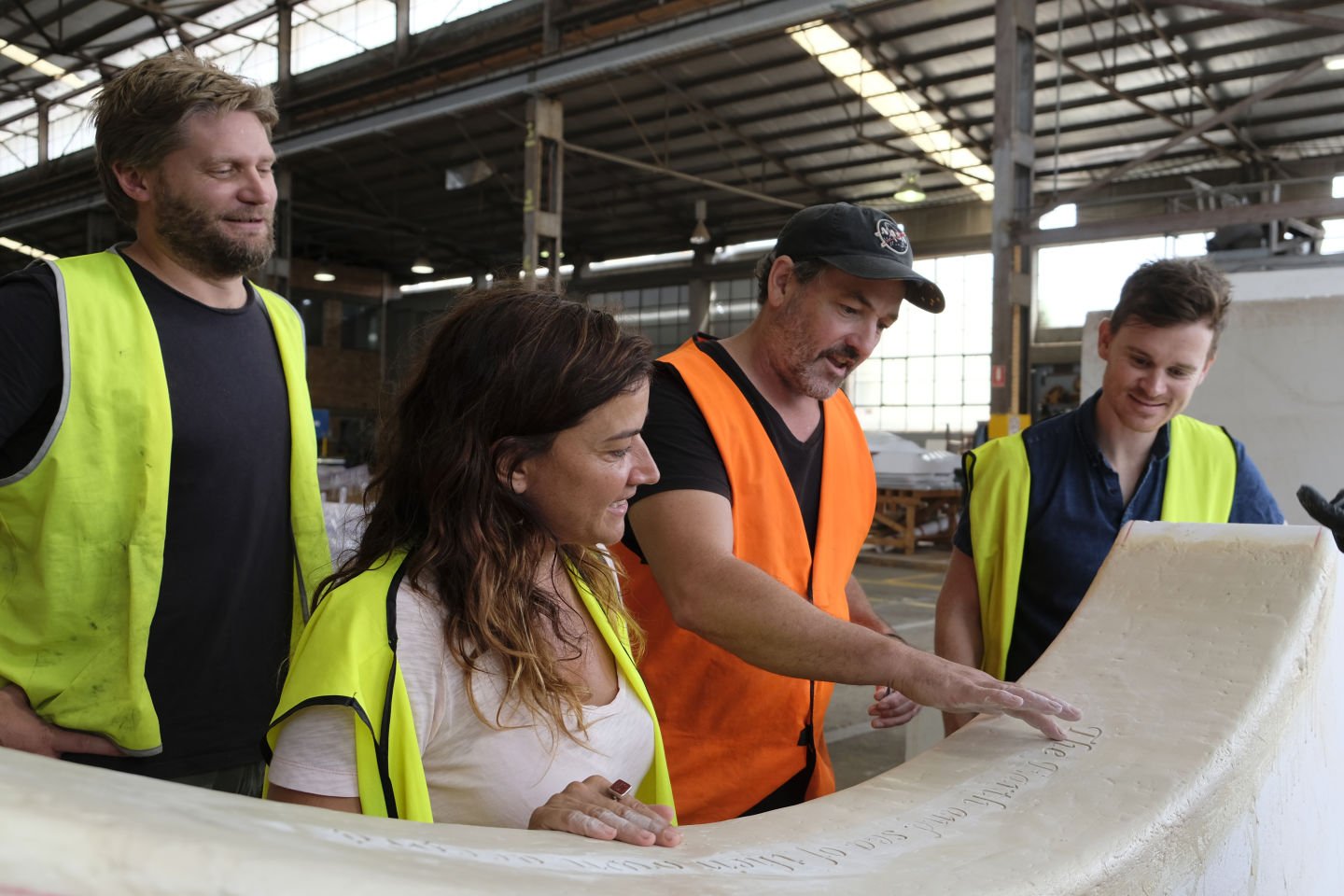 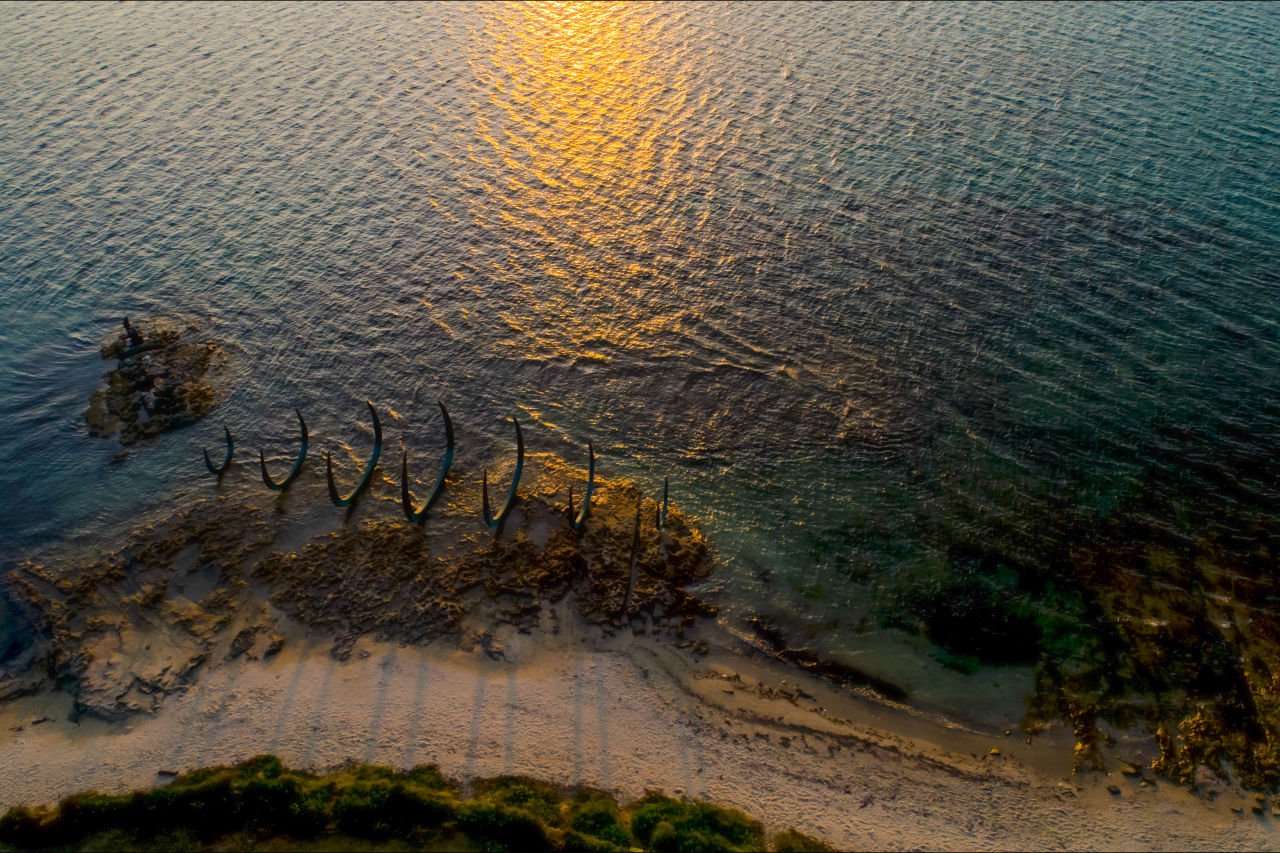 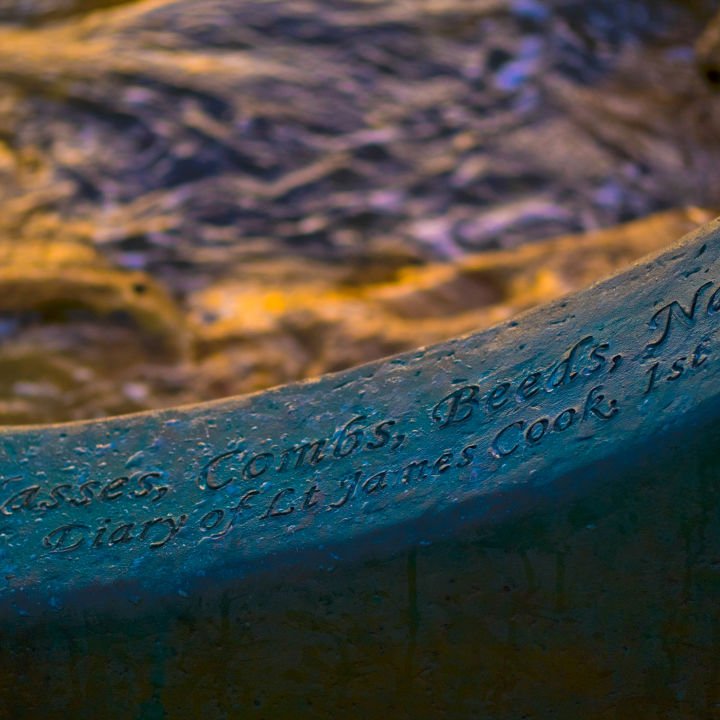 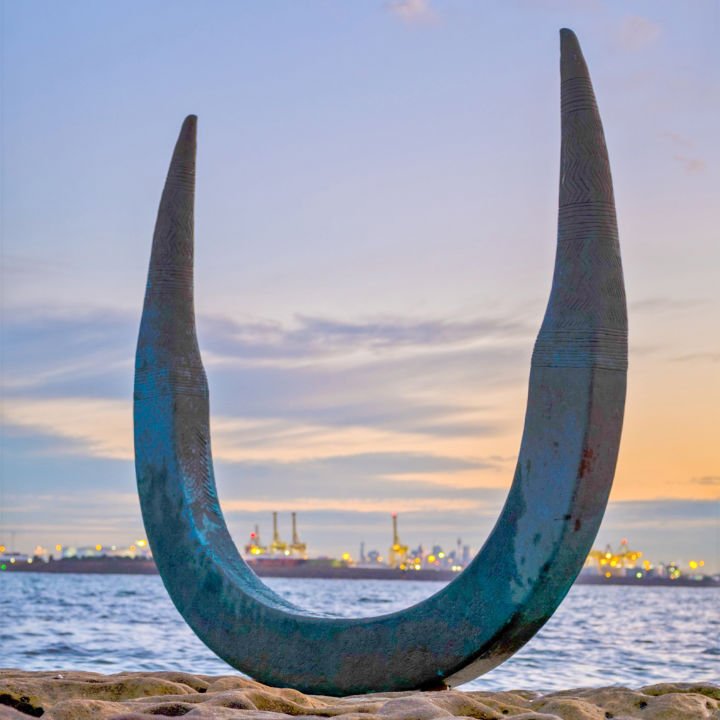 “The Eyes of The Land and The Sea  is a story about discovery. Not the discovery of land by Europeans, but of all Australians discovering their true history as we move together towards  a truly reconciled nation.”

The 29 April 1770 is the day of contact between Aboriginal Australians and the crew of the HMB Endeavour. Alison Page and Nik Lachacjzak designed ‘The Eyes of the Land and the Sea’, an ‘abstraction of the ribs of the HMB Endeavour and the bones of the Gweagal totem the whale’. The artists worked closely with researchers at the Gujaga Foundation and Gweagal artist, Shane Youngberry to develop cultural and historical content which has been etched into each rib. This also describes those encounters at Kamay in 1770, inviting viewers to deeply engage with these diverse stories.

Alison Page explained this sculpture, ‘brings together different perspectives on our shared history - the bones of a whale and the ribs of a ship - and sits in the tidal zone between the ship and the shore where the identity of modern Australia lies. The first encounter between James Cook and the First Australians was meeting two very different knowledge systems, beliefs, and cultures. The abstraction of the ribs of the HMB Endeavour and the bones of the Gweagal totem the whale speaks to the different perspectives of those first encounters, providing a conjoined narrative of two very different world-views.’

Monumental in scale and ambition, The Eyes of the Land and the Sea by Alison Page and Nik Lachajczak commemorates the 250th anniversary of the 1770 encounter between Aboriginal Australians and Lt James Cook’s crew of the HMB Endeavour at Kamay Botany Bay National Park, Australia.

The artwork is cast in bronze and takes the form of seven ribs, resembling both the hull of the HMB Endeavour and the bones of a whale, being the Gadigal totem. Each ‘rib’ will have a different surface treatment including text and carvings to represent the different layers of history and culture of Kamay. An amalgam of two very different forms, the commemorative installation speaks to the different perspectives of those first encounters, evoking a sense of sentiment, mutual understanding and reflection on the events of 1770.

UAP collaborated with the artists to develop, fabricate and install the 30m long artwork, which embeds refreshed and revived narratives of history and connection to the land, strengthening the significance of the meeting place at Kamay to all.