The Dot: Live with Energy - CODAworx 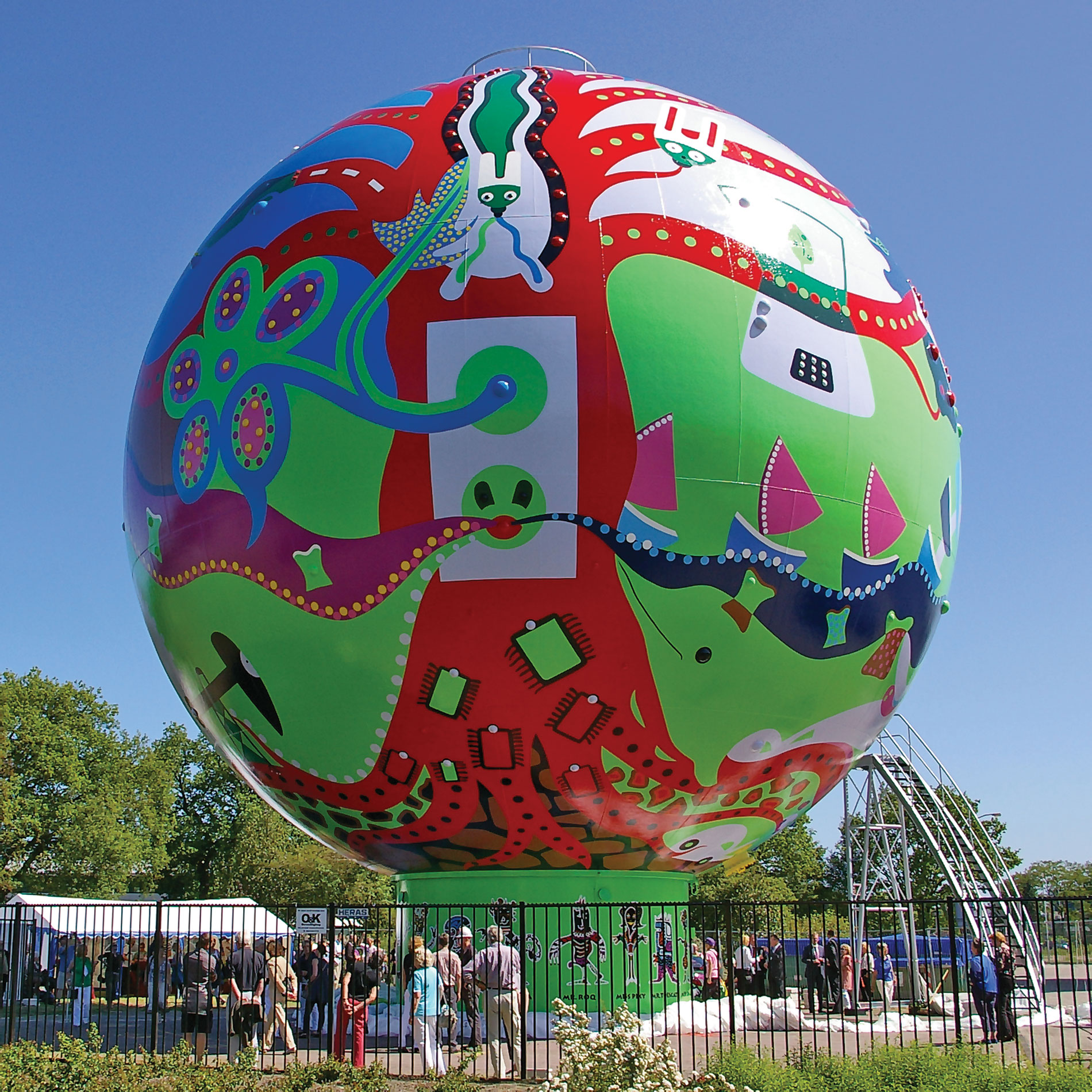 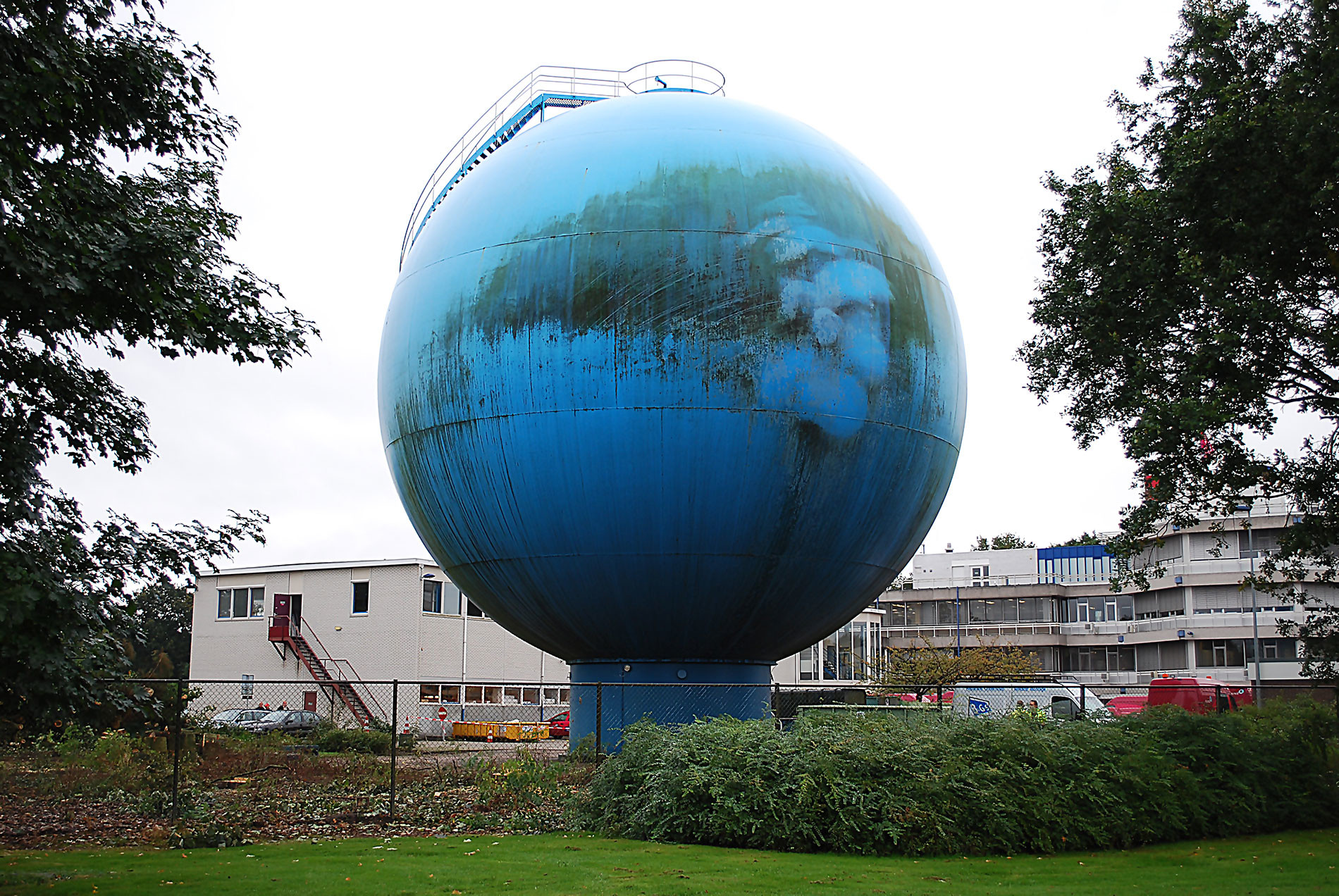 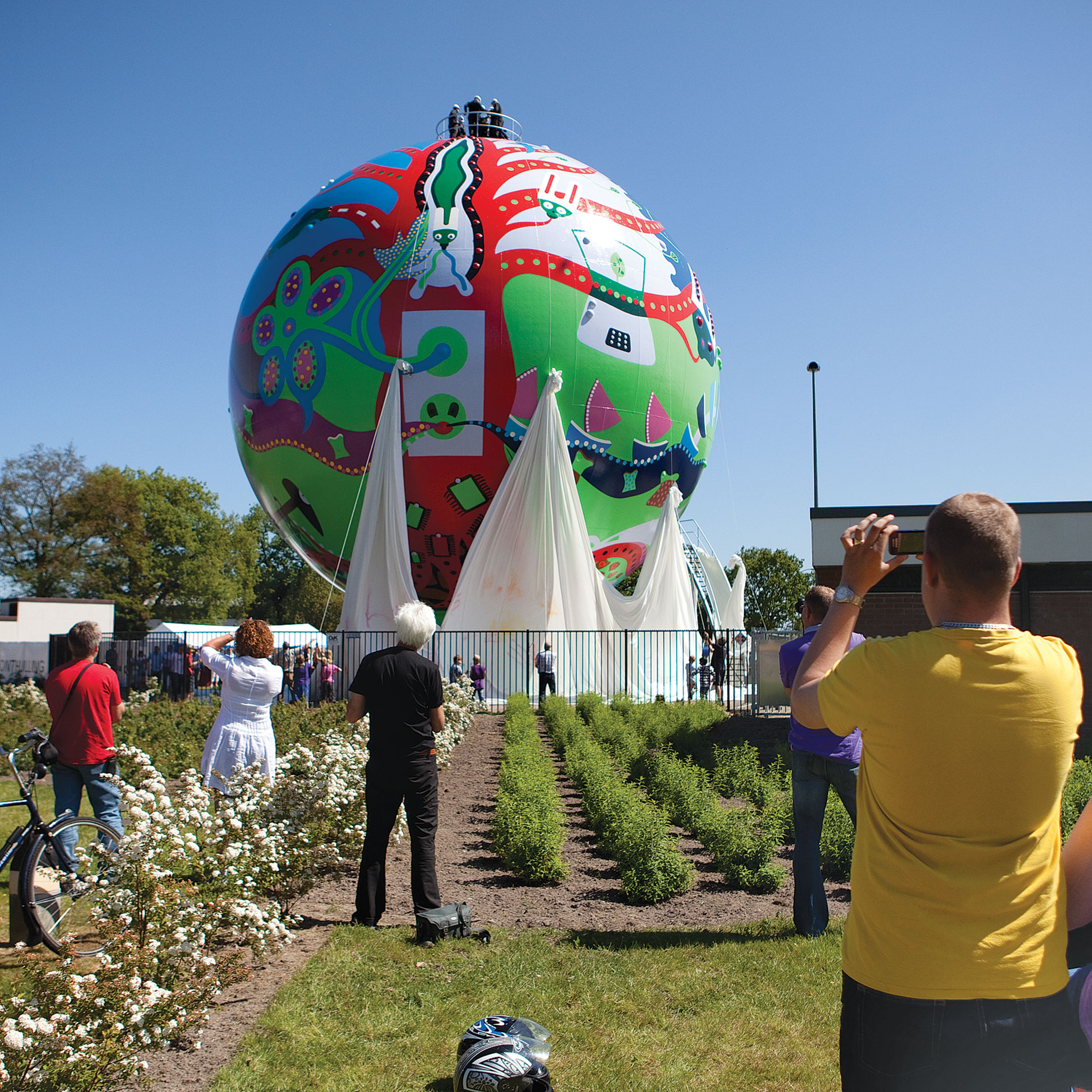 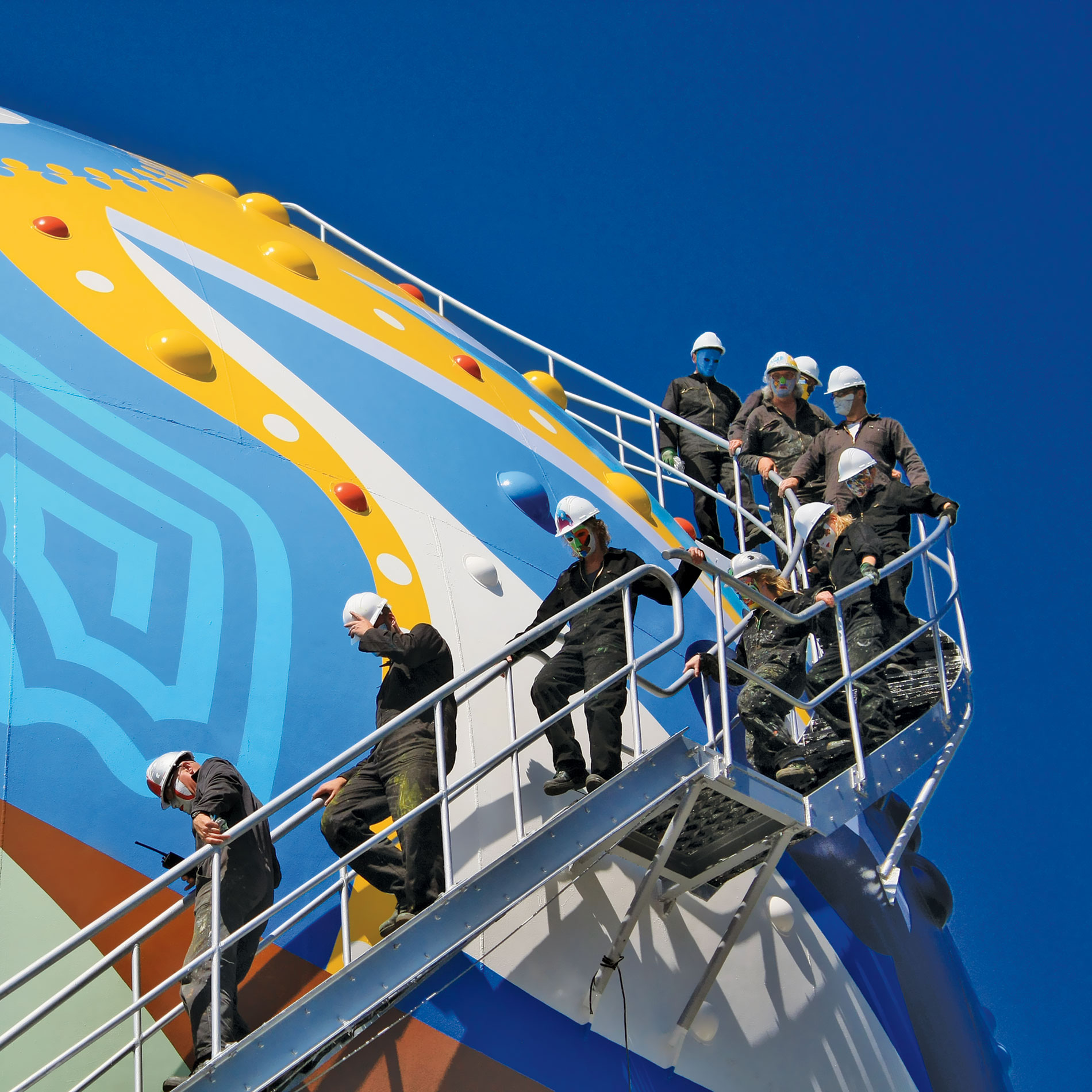 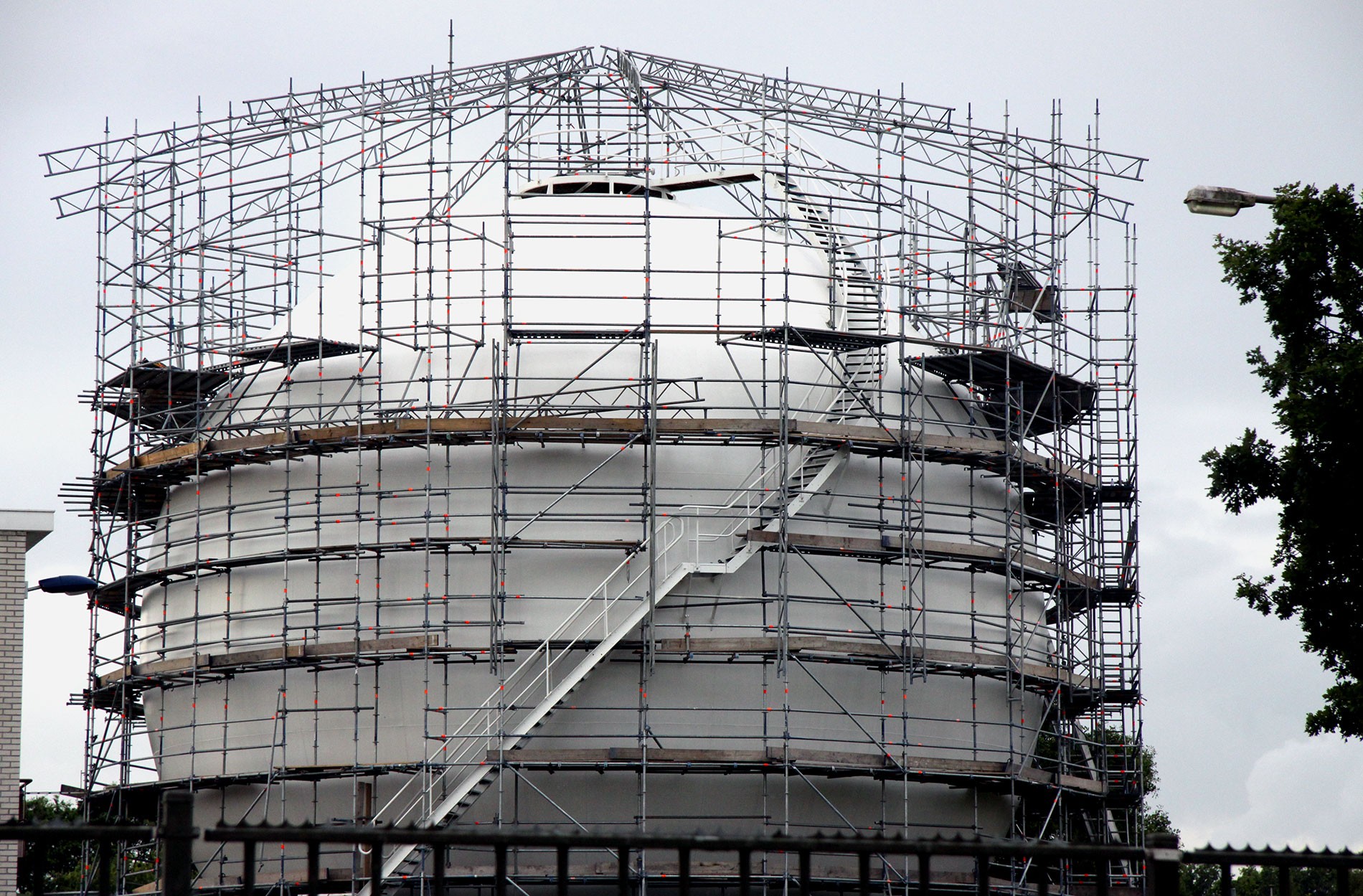 The theme of the artwork is old and new ways of energy production. It is a historical reference to this part of the country where energy production and industry played a huge role. The design is divided into four sub-designs, the different energy sources: Solar, wind, hydro energy, and fossil fuels. Each sub-design presents the combination or contrast of old and new forms of energy production and their applications (the sciences). The red tree is a metaphor for life, energy, growth, development, and change. The former gasholder is 72 ft. high and has a square footage of 4100 ft.

The client, the Foundation Living Industry, has a mission to give unused industrial objects a new purpose. Transforming the gas holder into a work of art was fitting for their mission statement. Toyism Studio was free in their design although it was shown beforehand to the foundation and the municipality.

Toyism Studio was the initiator for this project and started the project by finding other parties to fund it. Together with the Foundation Living Industry, energy company Enexis (owner of the gasholder at the time) and the municipality of Emmen we set up crowdfunding for the project. The Foundation Living Industry became the commissioner, the municipality funded the scaffolding and gave the necessary permits, Enexis handed over the ownership of the gasholder to the Foundation for a symbolic amount of 1 euro. Local sponsors were found to pay for supplies and labor costs. The design was made by Toyism Studio according to our own wishes. A model was made and shown beforehand to all the parties involved.