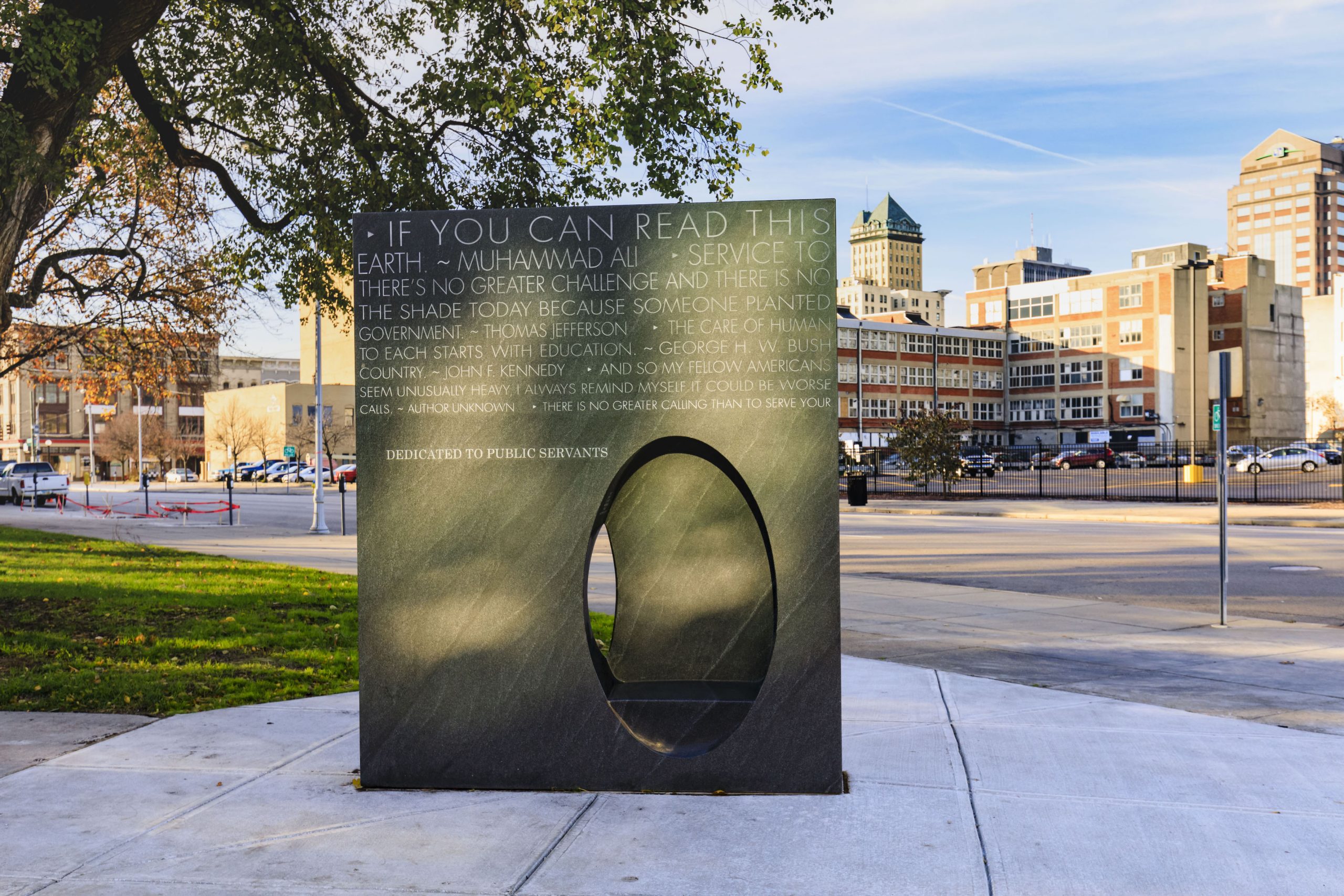 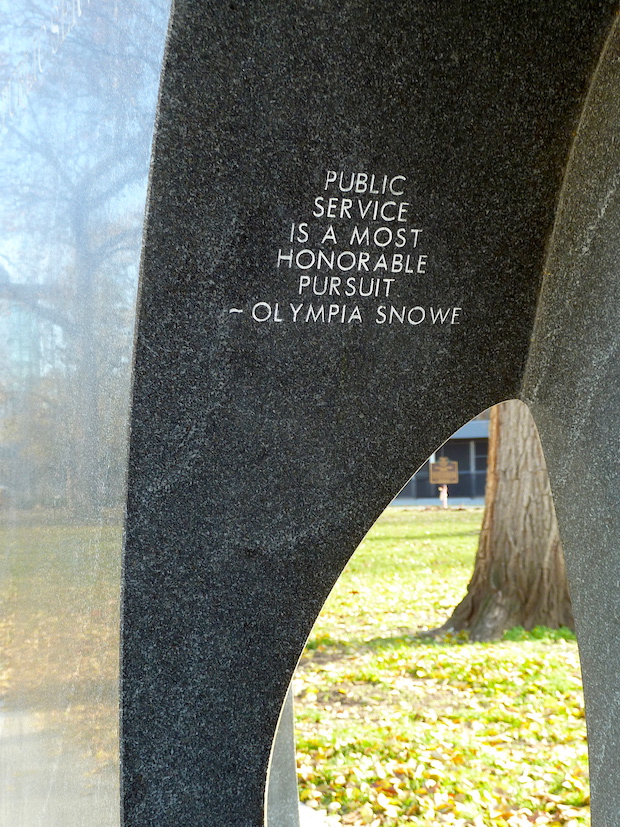 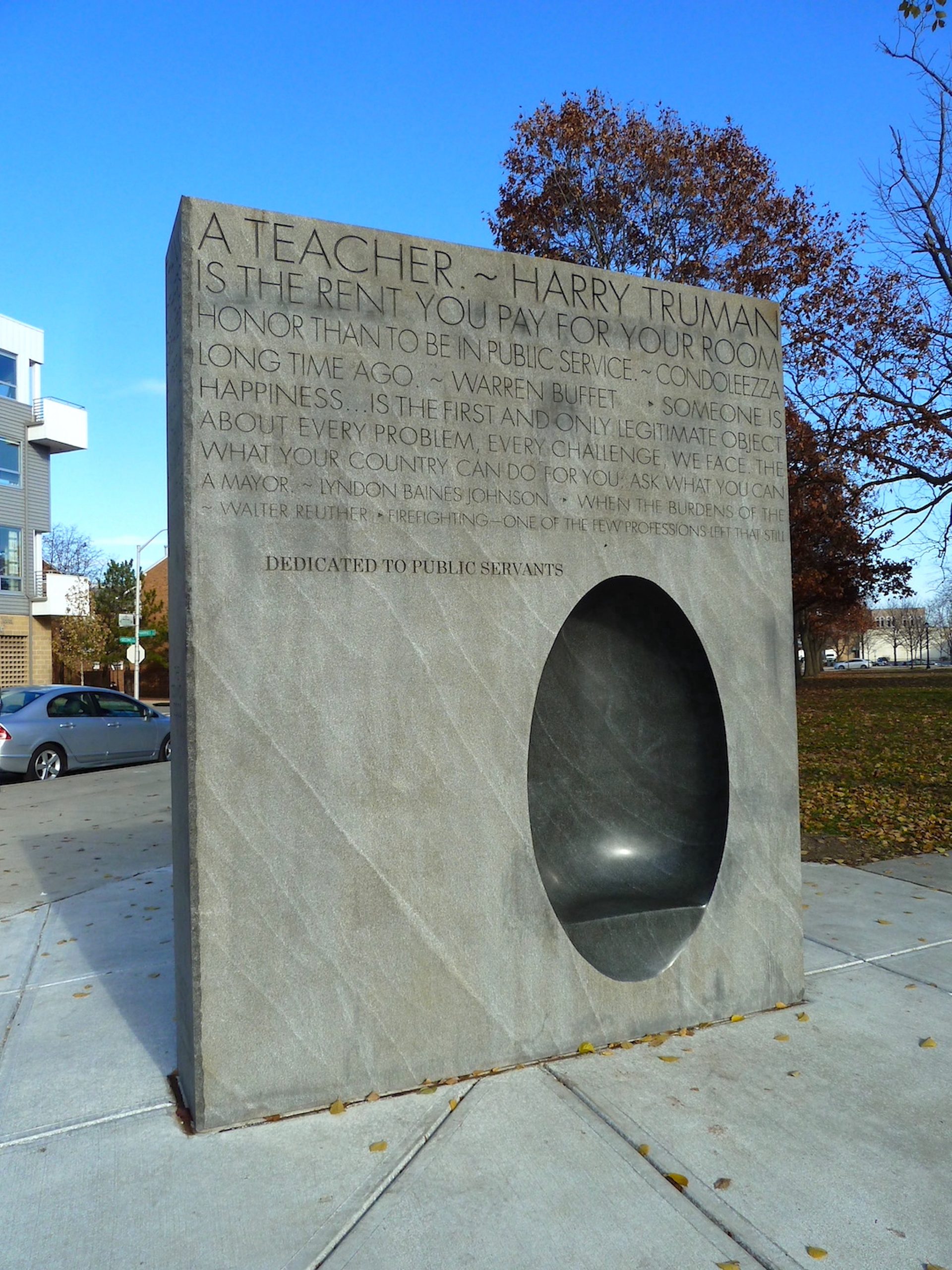 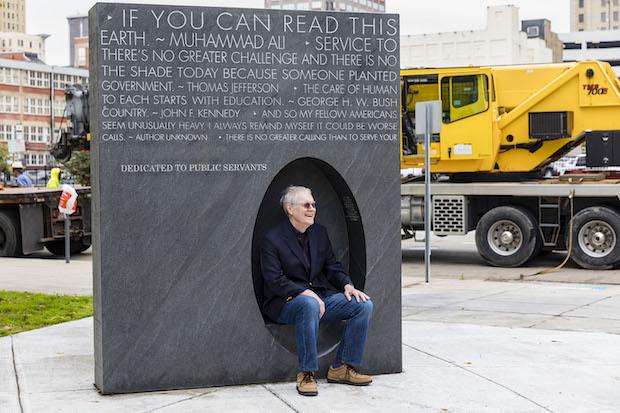 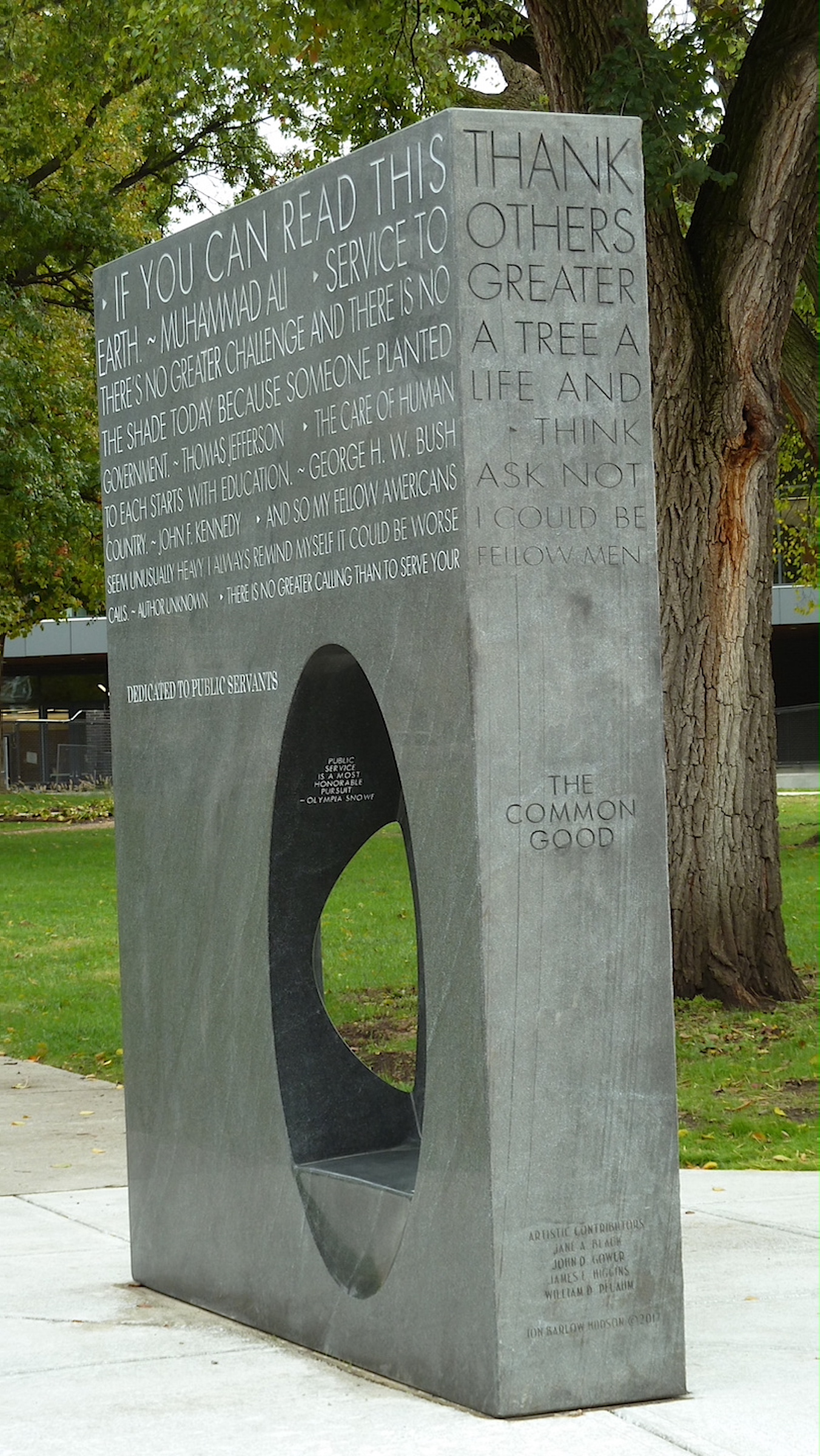 Retired City Manager Tim Riordan wanted to honor the Public Servants he had worked with during his professional life. Initially the idea was to create a sculpture. Riordan and his committee liked my design since it was a sculpture and it included a place to sit and quotes to read. The committee and I worked out the specific details regarding quotes, layout, fonts, etc. I proposed using an Air Force granite surface plate: 8 ft. hi. x 6.5 ft. w. x 16″d.

The goal was to honor the Public Servants Tim Riordan had worked with when he was City Manager. We also wanted to create a piece that would be meaningful to the City of Dayton and an experience that people could enjoy.

I worked with Project Manager Jane Black, Tim Riordan and 4 committee members. We all met many times to refine the concept to it's current form. Once my proposal for the stone with 2 interconnected seats was accepted, we worked out how to incorporate the quotes. We determined the final 12 quotes and their layout. We decided to engrave the quotes on the upper surfaces, so that one would have to walk round the stone to read all of them. The graphic designers at Folio Design Haus spent a lot of time working out the layout. The final piece it was ultimately sand blasted by Kelly Nickol of J & E Services.