The Chimes Project: Toward - CODAworx 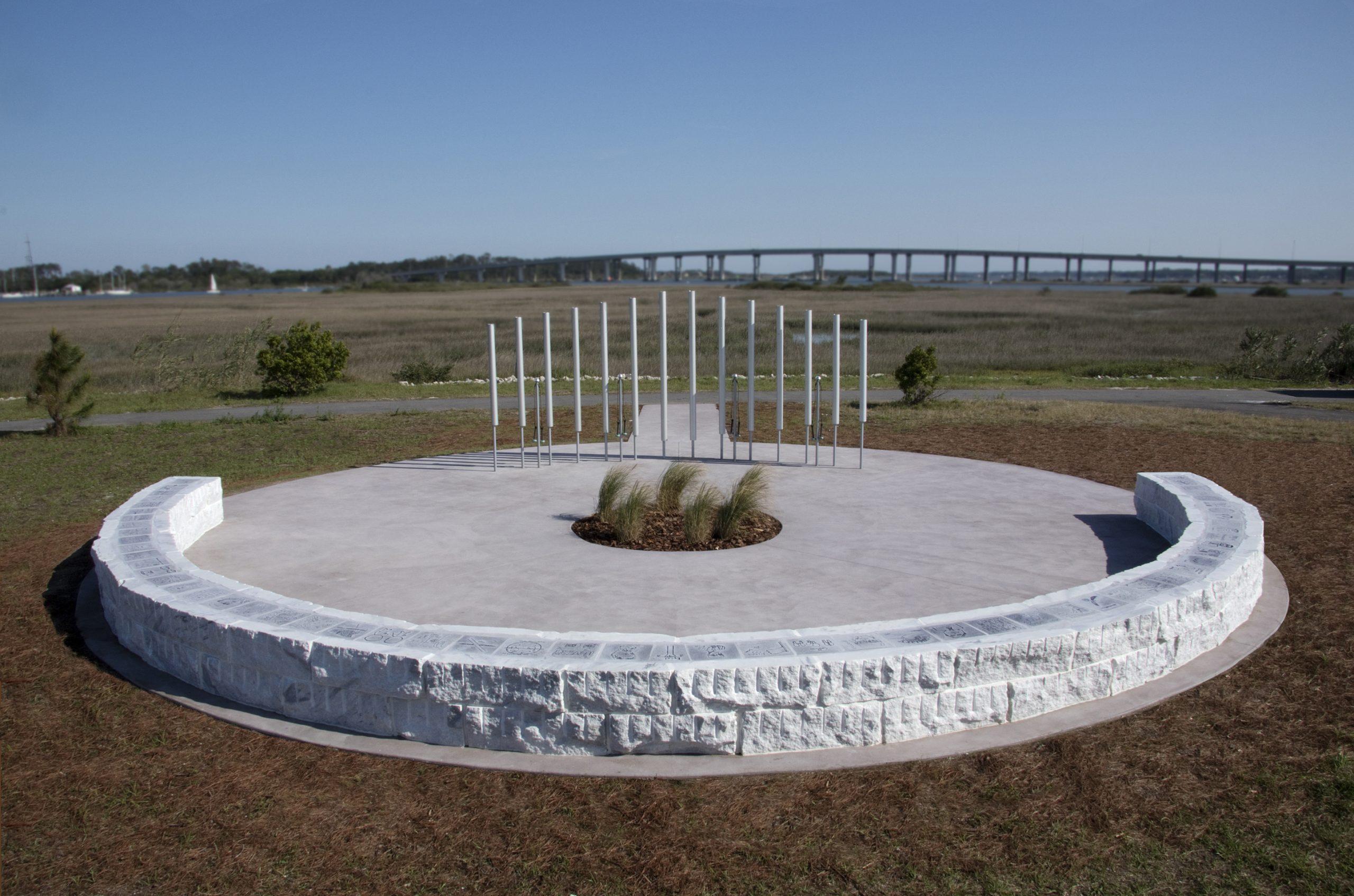 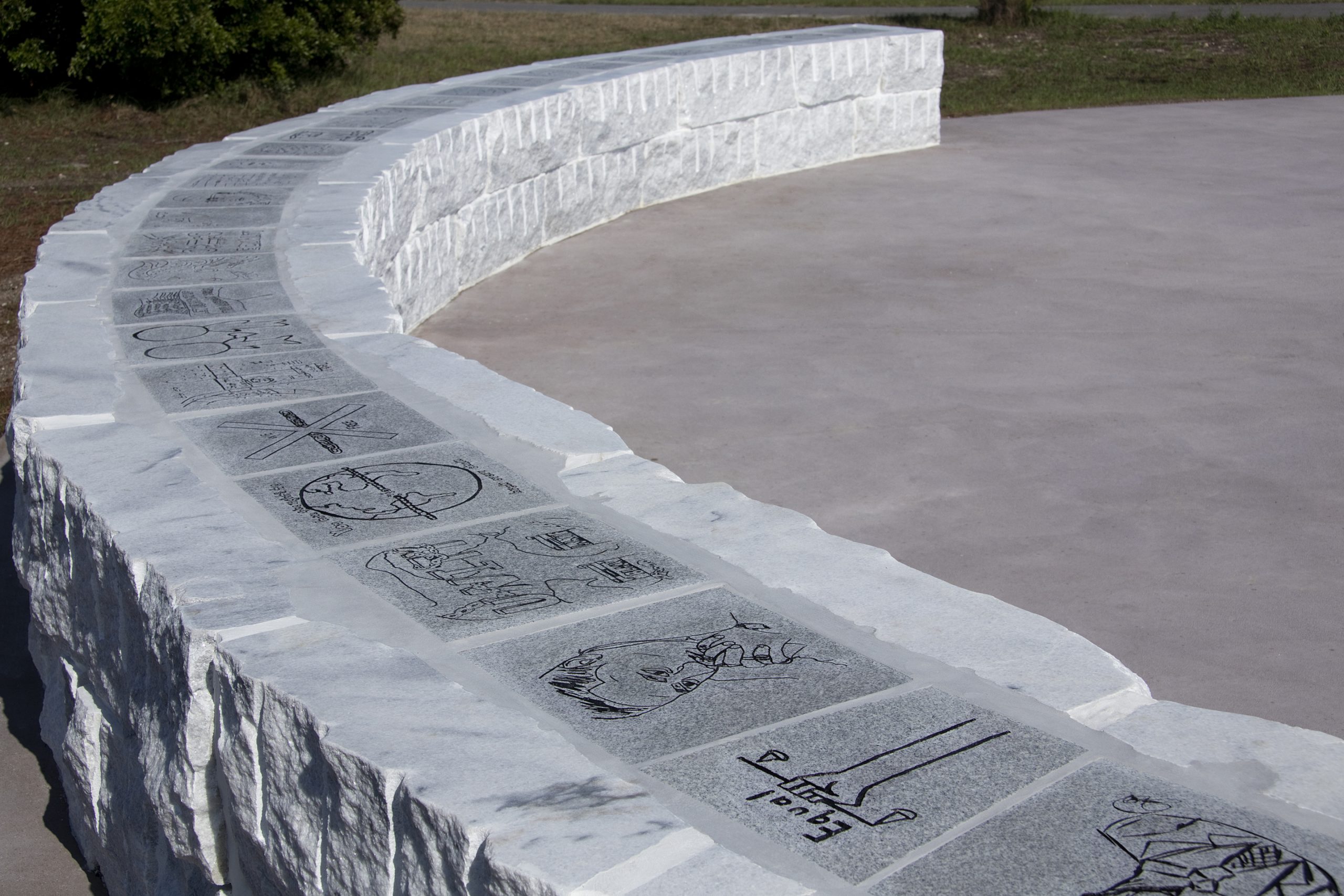 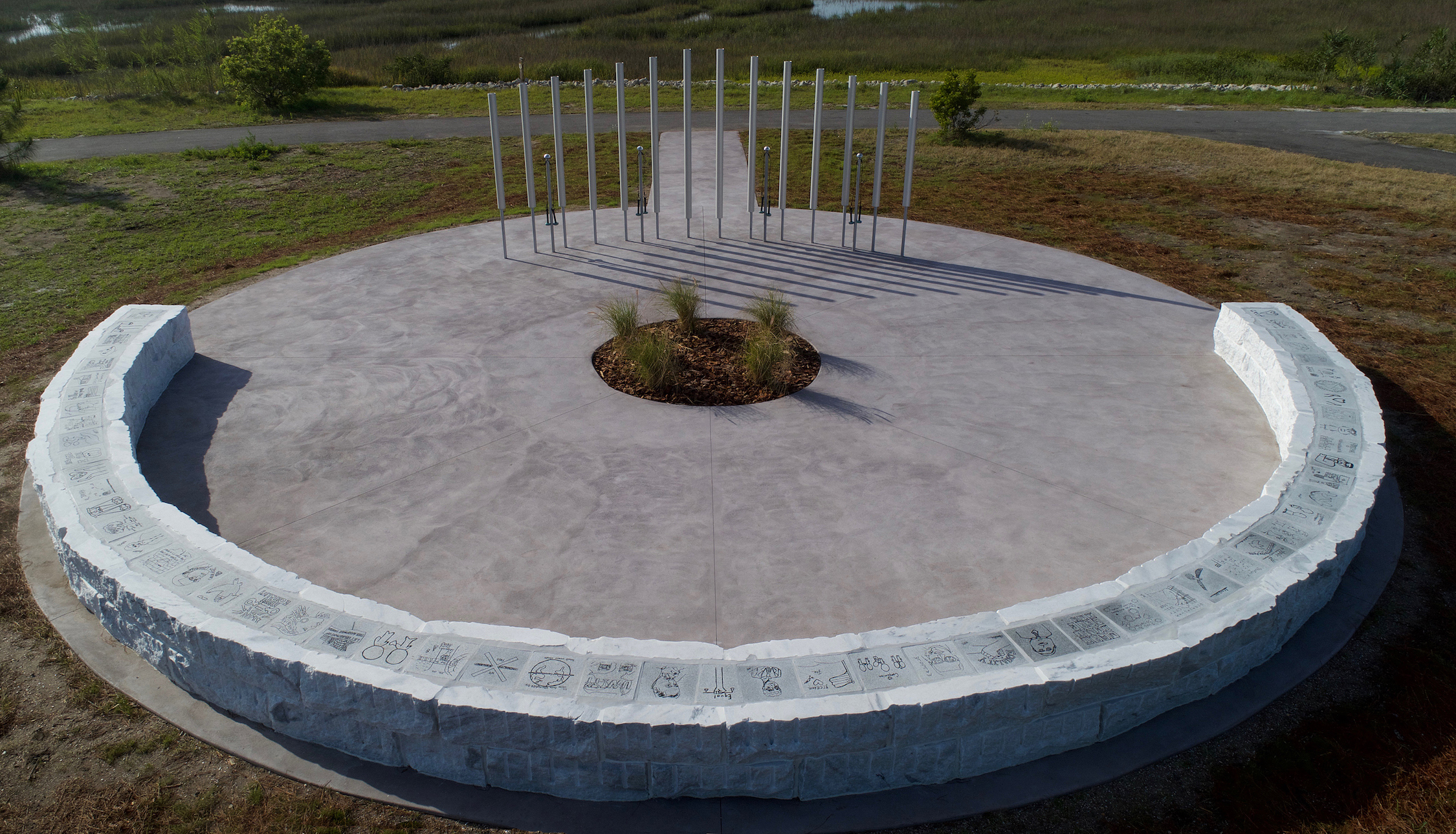 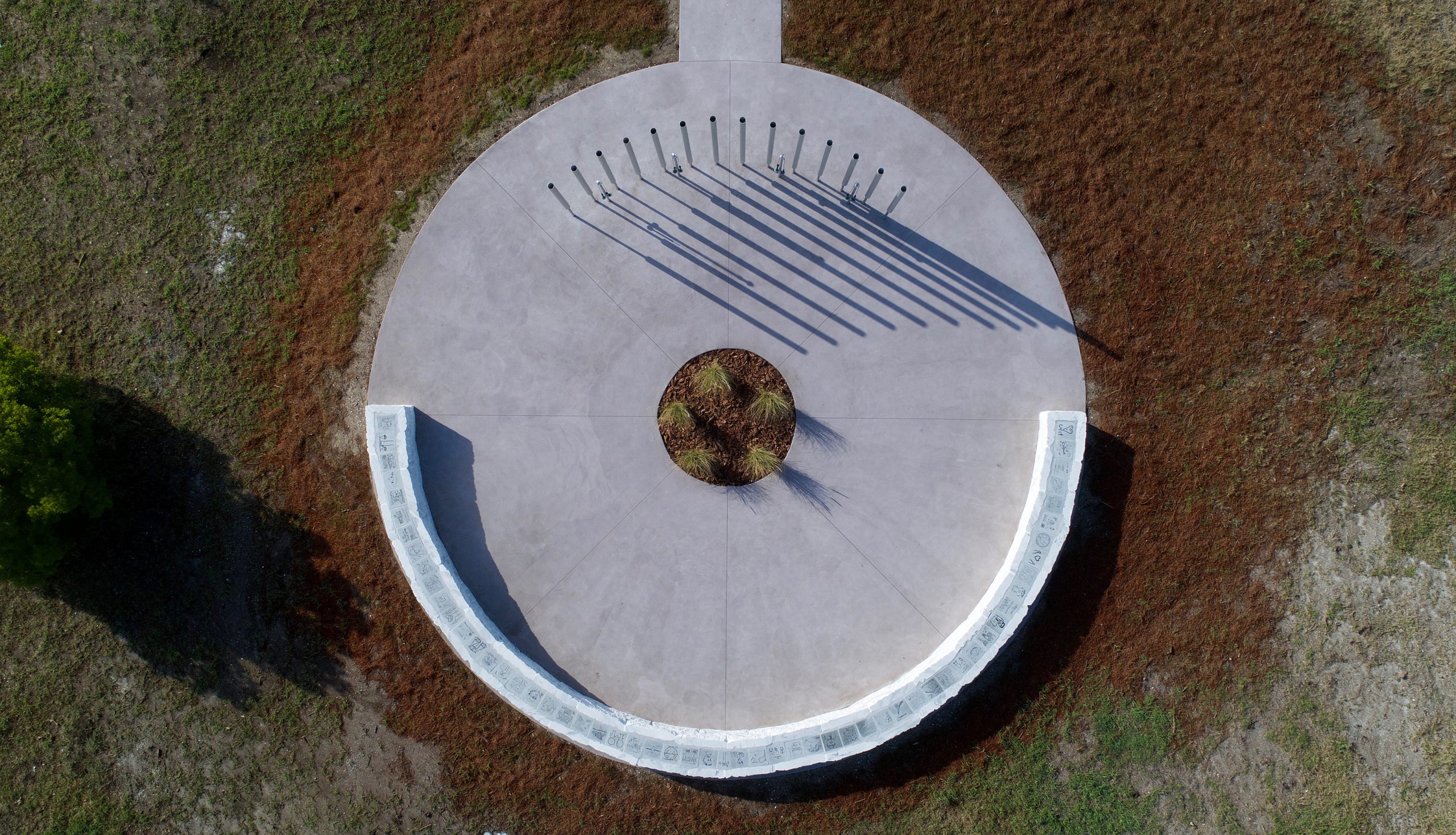 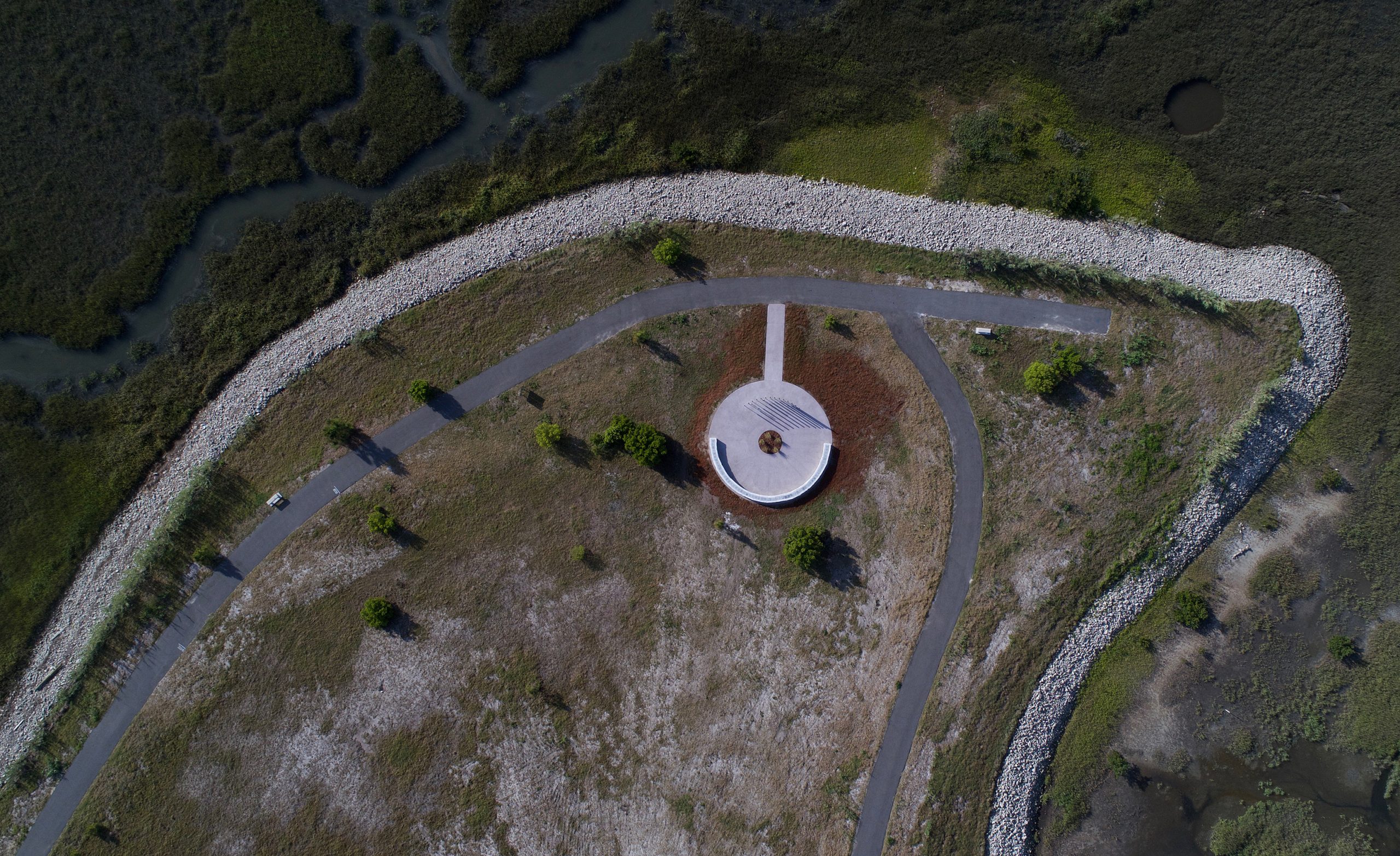 Toward is an interactive sculptural bench measuring 60’L x 21″H x 26″W. It is made of Georgia Marble with the top made of inset granite tiles. I designed the plaza to incorporate the artwork with 14 large musical chimes.

I was asked to design an artwork that would complement the beauty of the natural setting of Dr. Hayling Freedom Park as well as the geometric design of the chimes. The purpose of the Chimes Project is to recognize the nation's civil rights struggle and honor it's heroes, Dr. Robert Hayling and Dr. Martin Luther King. The tiles are sandblasted with artwork created by underserved youth with themes of compassion, peace and diversity. The title "Toward" is taken from the quote by Dr. King, “...the arc of the moral universe is long, but it bends toward justice.”

I worked with an engineering firm to develop a construction technique that would bear the weight on a site that was formerly a landfill. To include the community in this project I wanted young people from the underserved population of St. Augustine to design the tiles that top the bench. This requires coordination with teachers to give instruction and direct their students, prepare the imagery and work with a monument company to sandblast the drawings. I functioned as site manager during construction of the plaza by directing city crews and my team of masons and assistants. I also created the layout for placement of the chimes.

The Chimes Project was commissioned by Compassionate St. Augustine and donated to the City of St. Augustine, an official "Compassionate City" who partnered in the installation. It commemorates the civil rights movement which is an important part of the city’s history. This is the largest permanent public art project that the City has ever participated in.