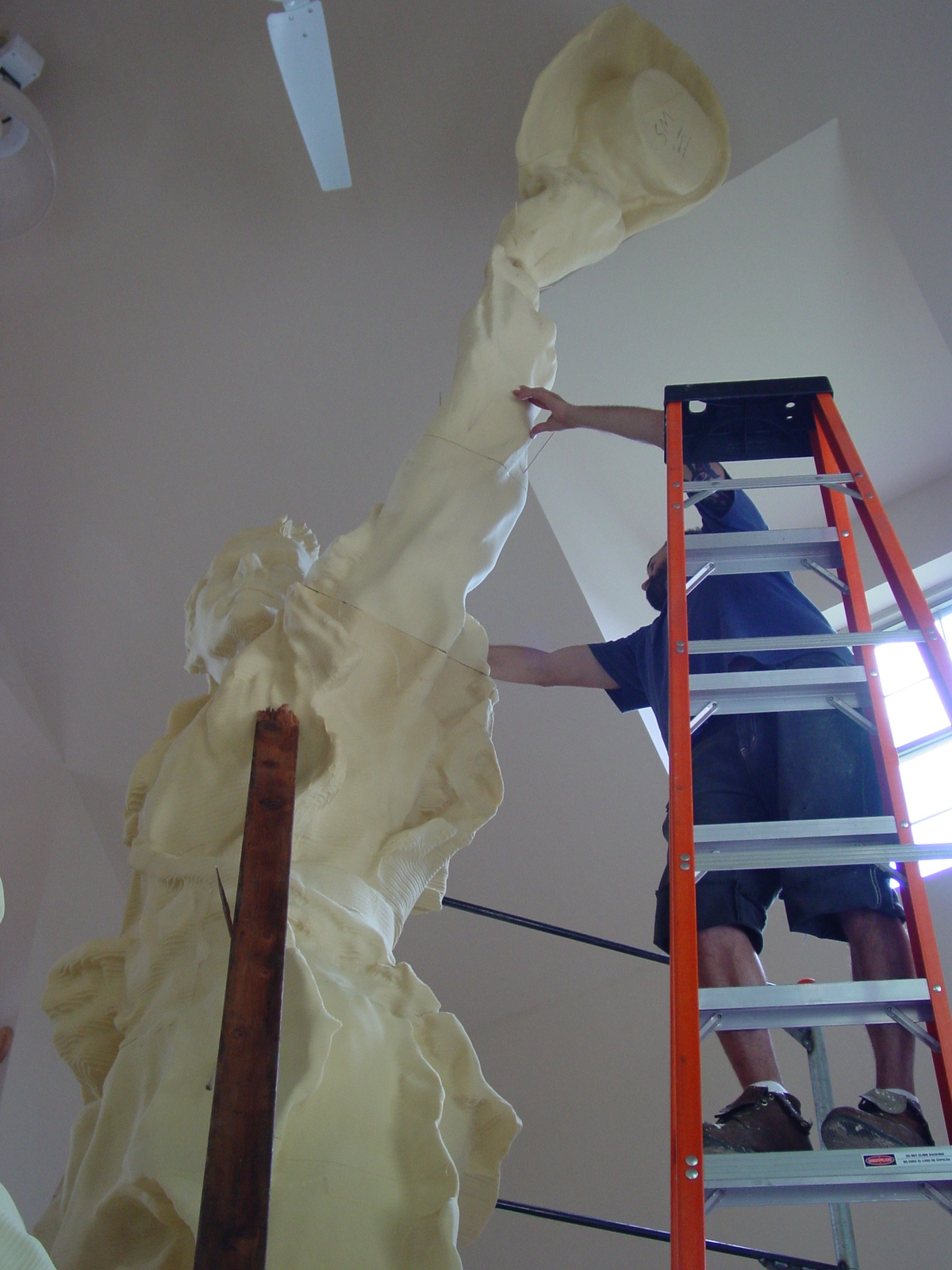 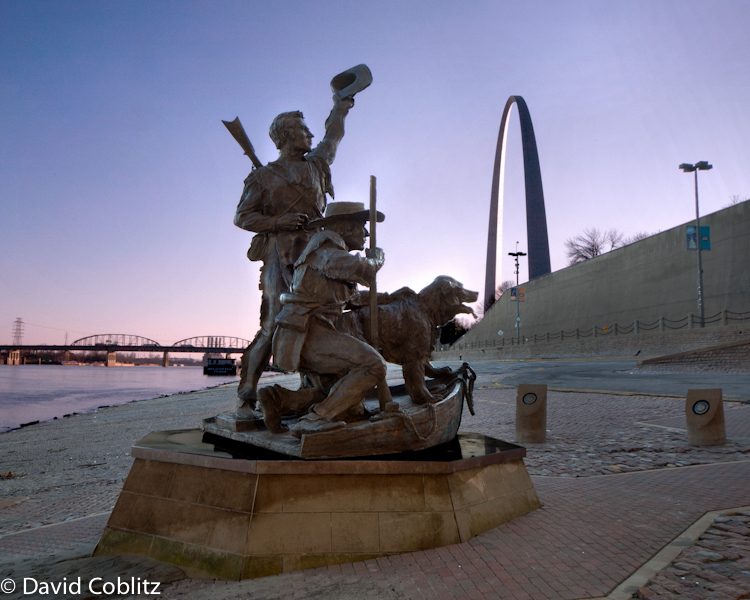 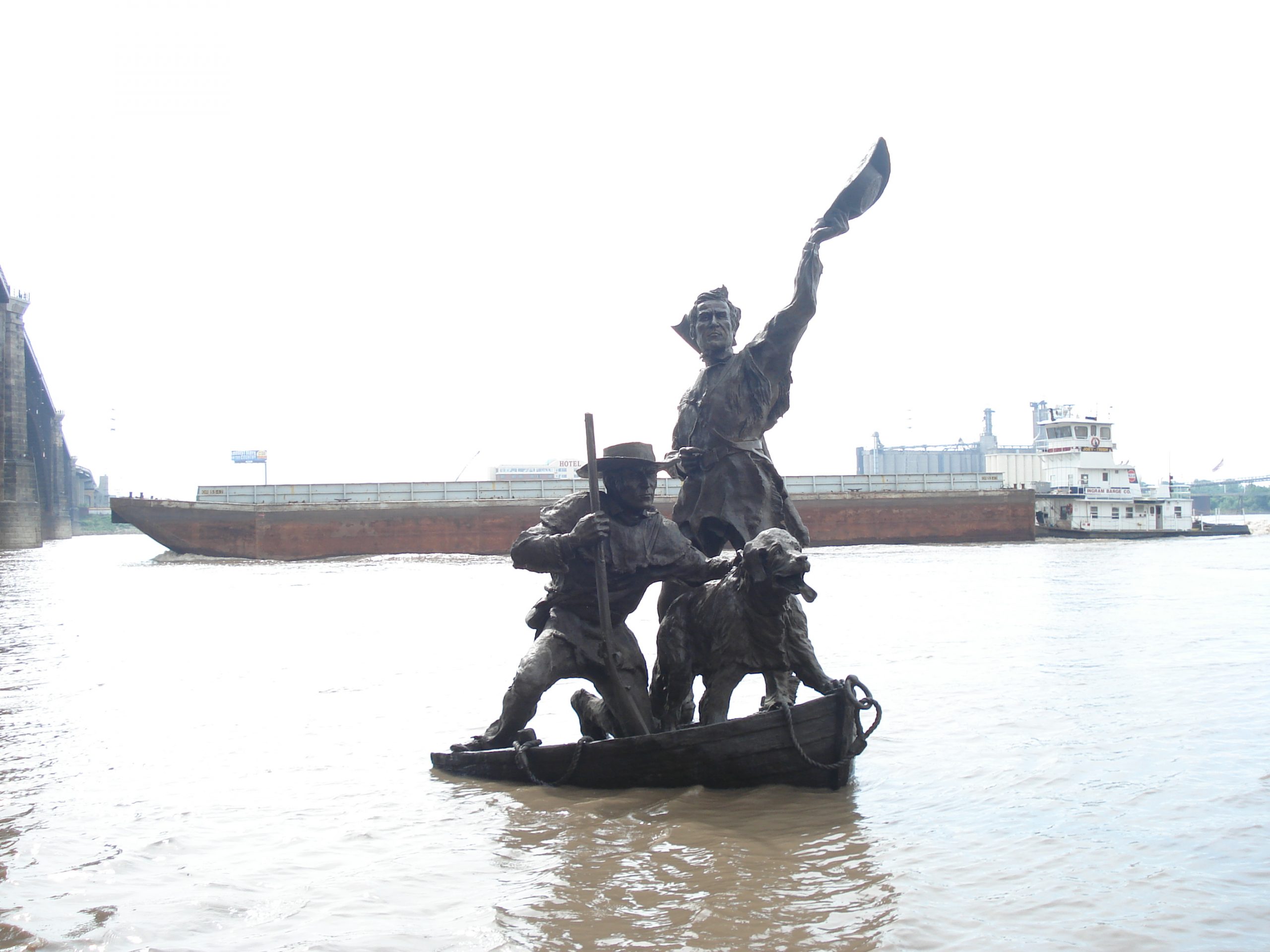 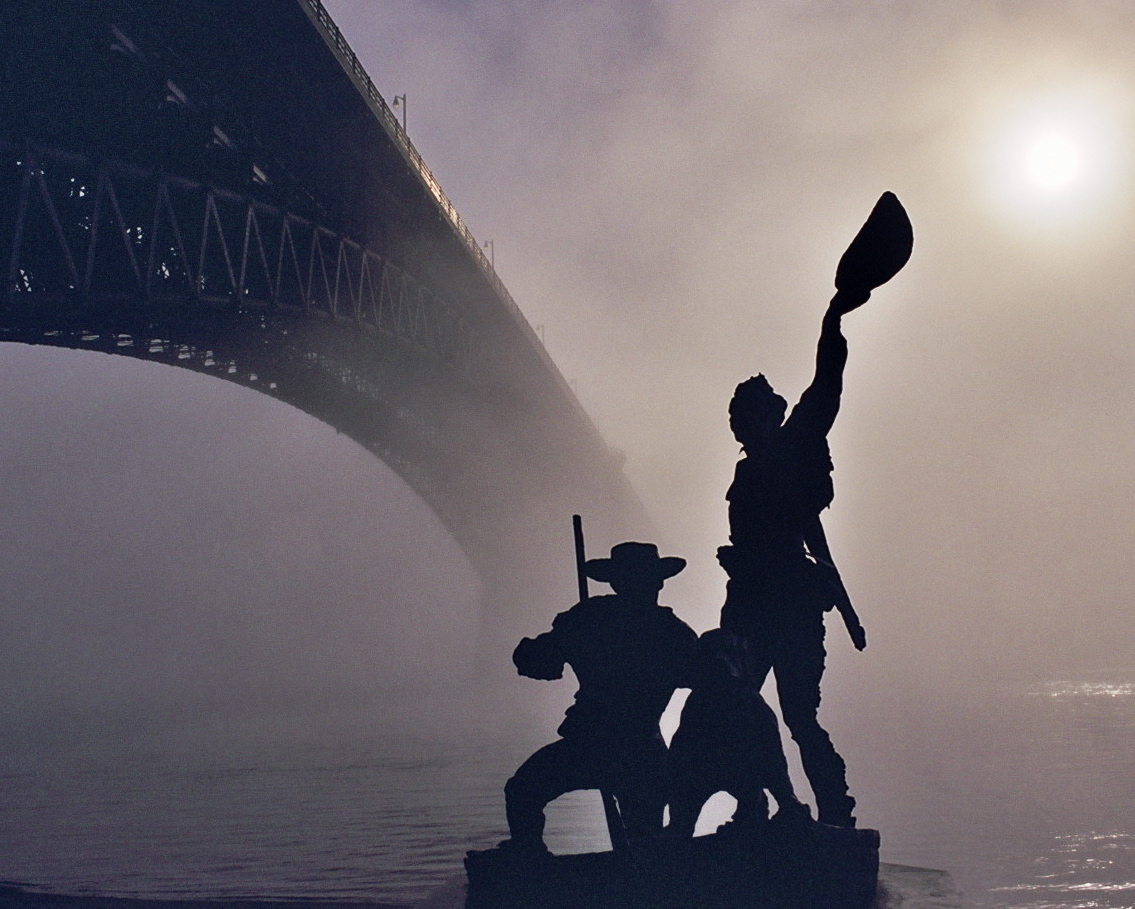 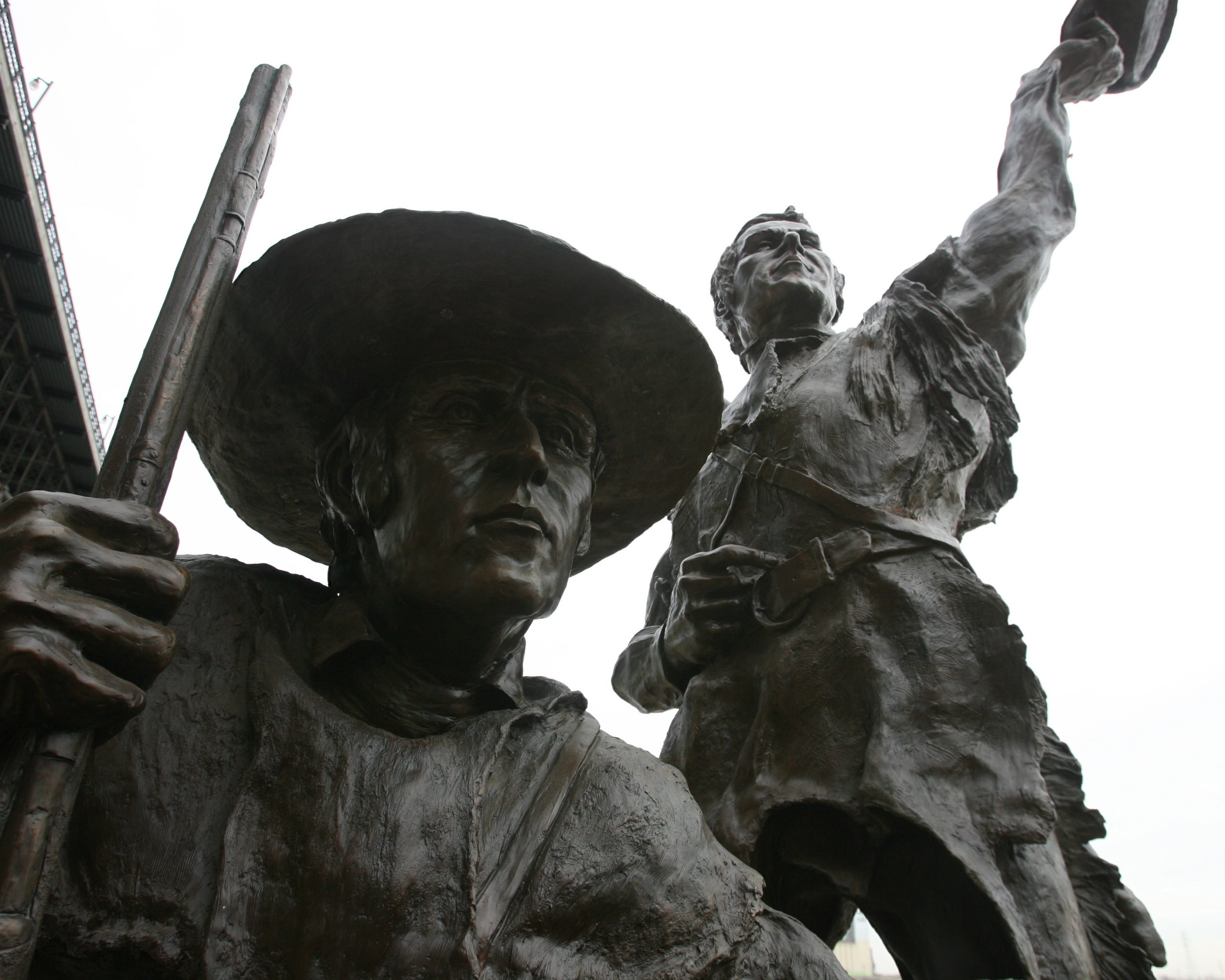 A twenty two foot statue of Lewis and Clark to commemorate the 200th anniversary of their return to the St. Louis Riverfront. The statue weighs over four tons and was installed on a base specifically designed to withstand the inevitable flood waters of the Mississippi River.

This project was particularly difficult not only because of the heroic size of the statue itself, but because of its desired location. The riverfront flood waters had to be taken into account in the design of the statue and its base. Also, The control of the site involved approvals from seven different Federal, State and Municipal entities including the Army Corps of Engineers.

The project involved the very close coordination between those involved in raising public funds, the artist, the foundry, the engineering resources, the landscape architects, the masons and those administrative and governmental bodies responsible for the site. The fact that all of this was accomplished within a one year time frame is a testament to the skill and the cooperation of all those invovled.

This statue was named a National Lewis and Clark Historical Site by the National Park Service, and was awarded the Medal of Engineering Excellence by the Army Corps of Engineers.