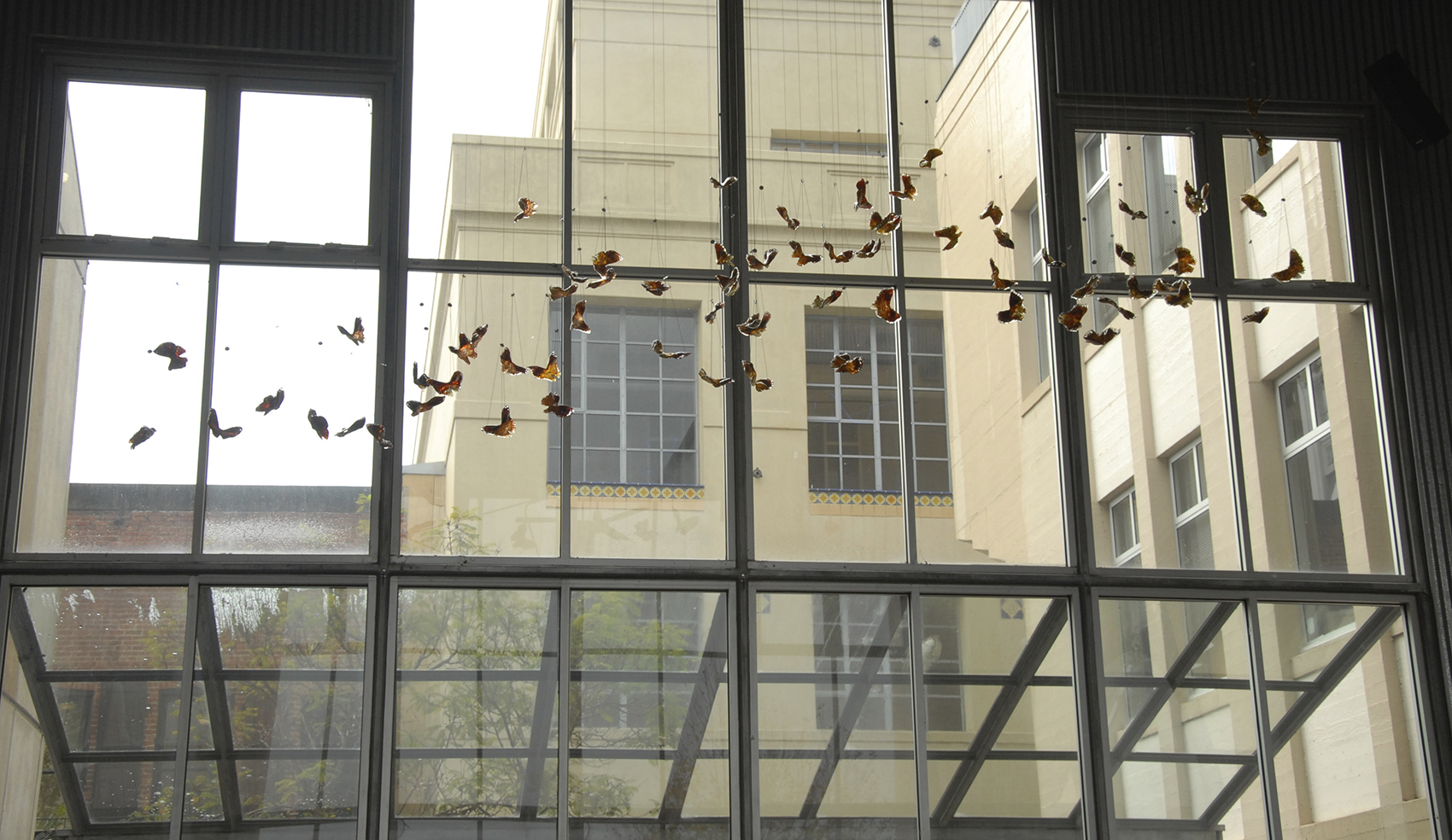 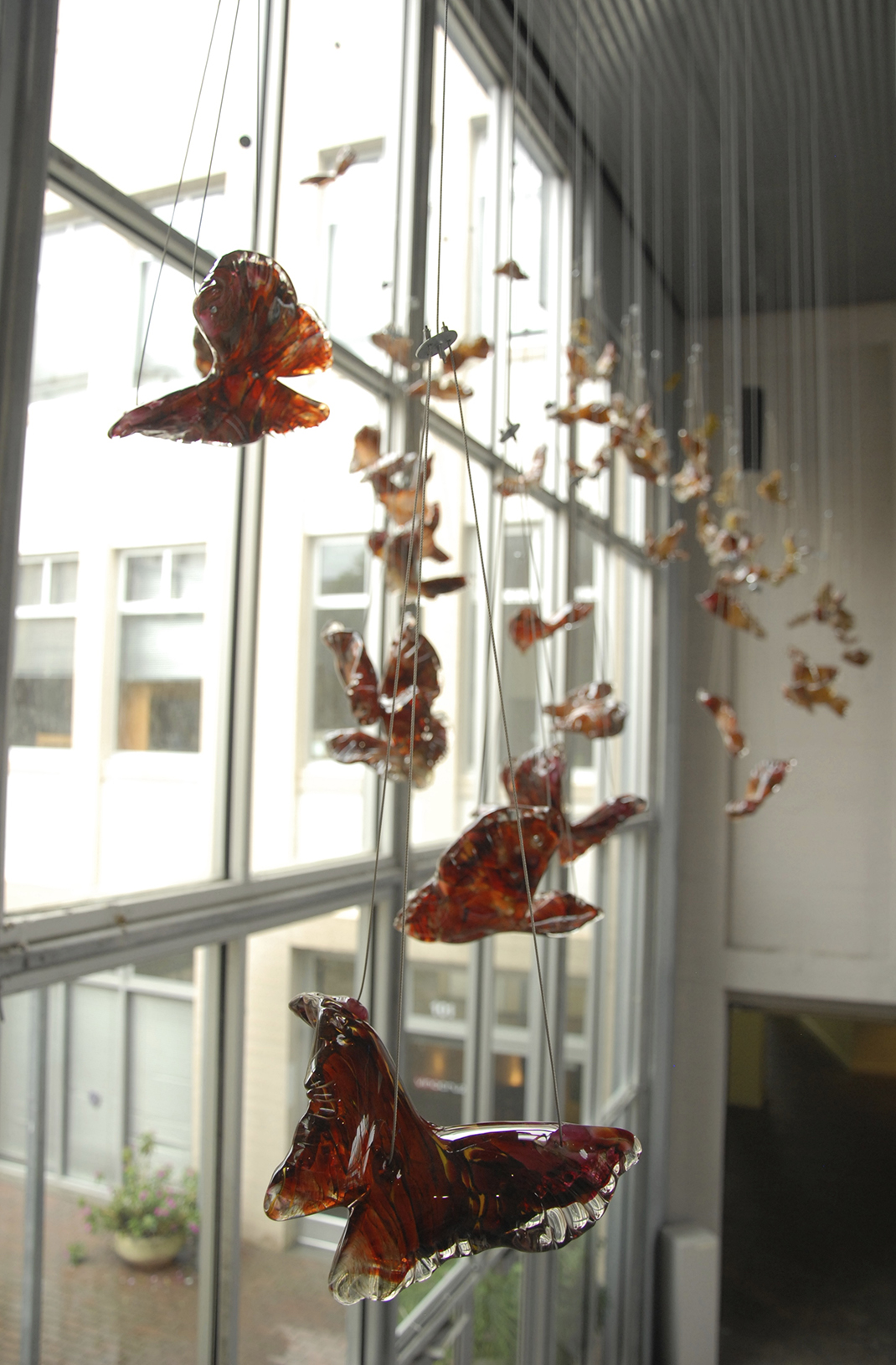 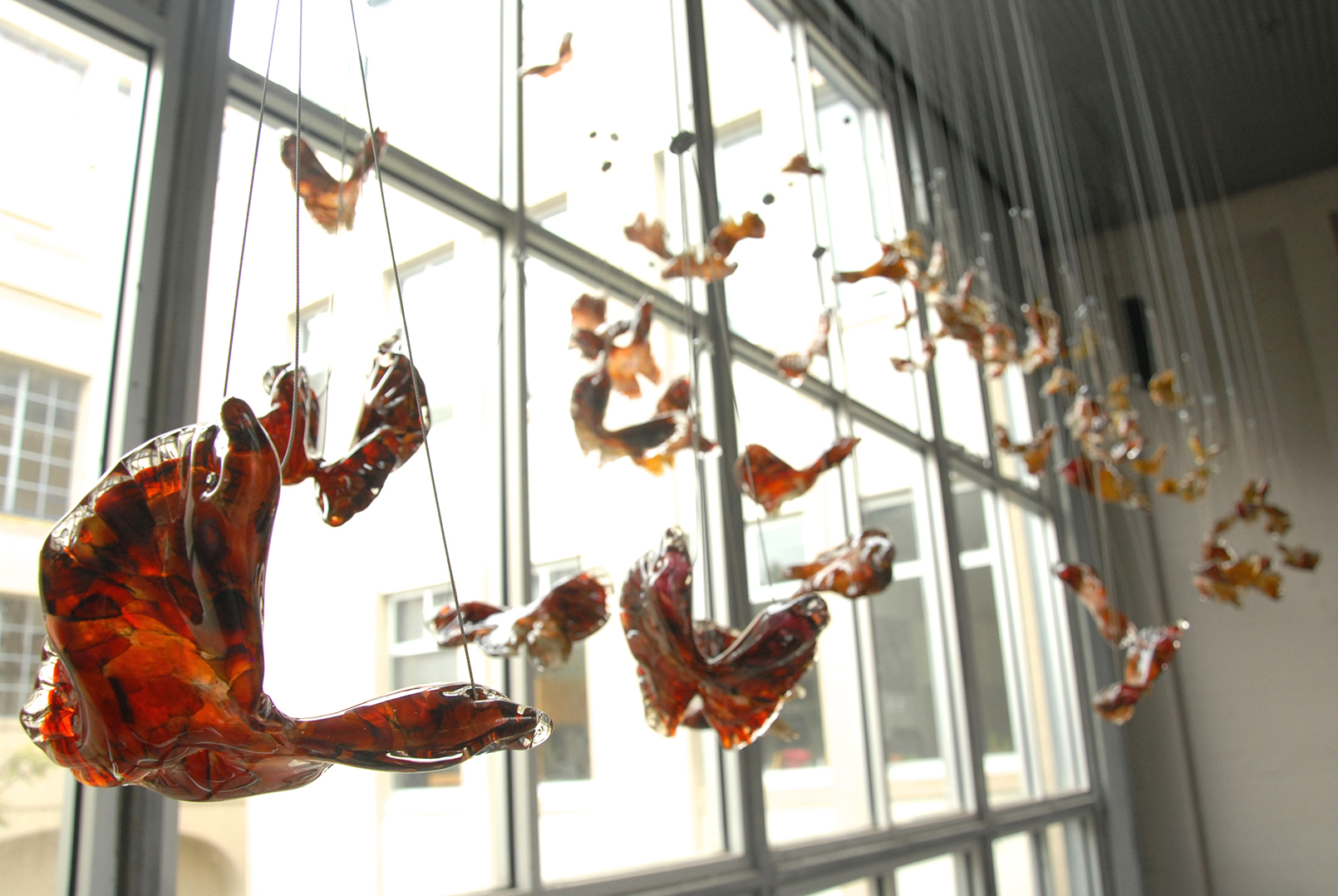 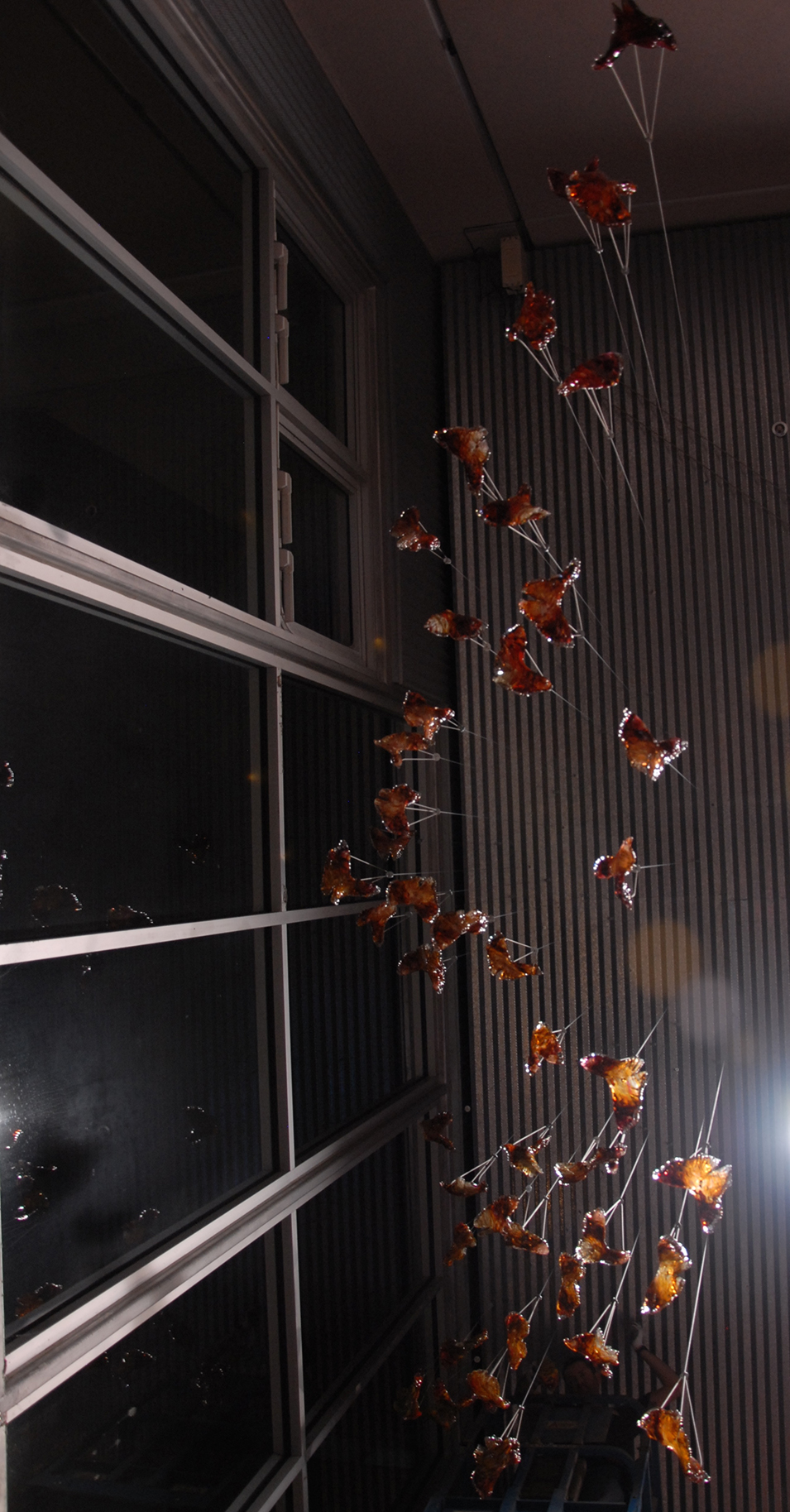 This installation of 70 hand-blown glass sculptures is approximately 300 square feet. It was created in homage to the rapidly disappearing Monarch Butterfly, an iconic symbol of Santa Cruz & its annual migration. Its declining population has been attributed to vanishing food sources and habitat loss due to climate change. “The Butterfly Effect” is the idea that something as minute as the flutter of a butterfly’s wings can have large effects elsewhere. As such, environmentally aware choices made in everyday life can have an impact on the Monarch population and the world around us.

Historically, the lobby had mainly served as a space for special events but otherwise underutilized & not visually interesting. This installation was created to be a dynamic visual element in the lobby to draw visitors into the museum. Because of floor to ceiling glass on 2 sides of the space, the installation was designed to capitalize on the abundant natural light as well as maximize the visibility from a very busy street in downtown Santa Cruz. By creating a captivating large-scale installation featuring this iconic symbol of Santa Cruz, in a material like glass that works so beautifully with natural light, the artist brought an element of magic & wonderment to this otherwise stark lobby space.

The artist worked closely with museum stakeholders, the art installer, & the hardware fabricator & engineer to work out project logistics from concept through to installation & to ensure a successful installation. Engineering logistics for a suspended piece in a public space such as this has many parameters to be considered. There were many specifications that had to be taken into account in designing & fabricating the artwork including but not limited to load, sheer, durability of materials under long term exposure to sunlight, swing created by HVAC & wind, & clearance for special event usage of the space.