The Birth of a City - CODAworx 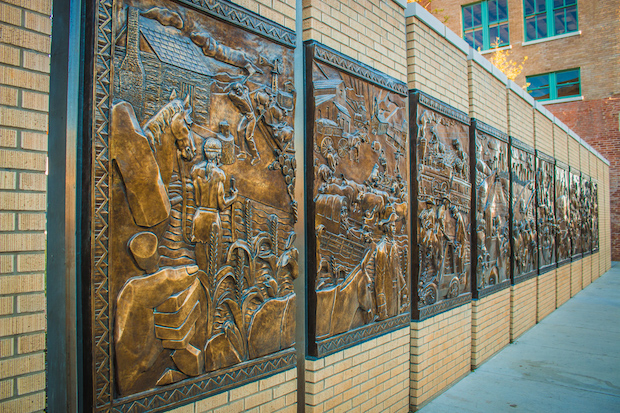 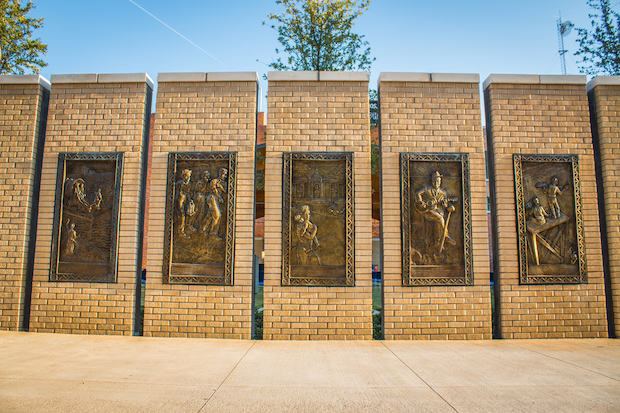 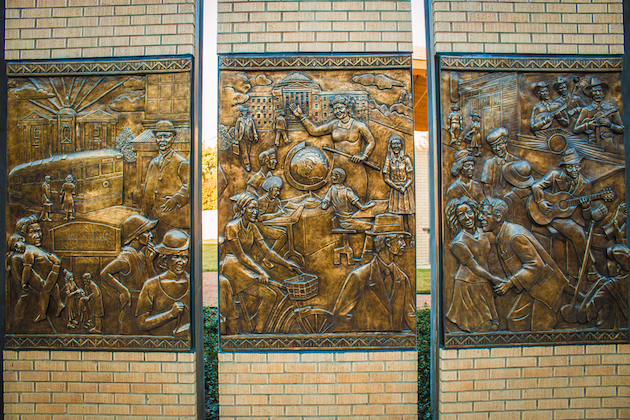 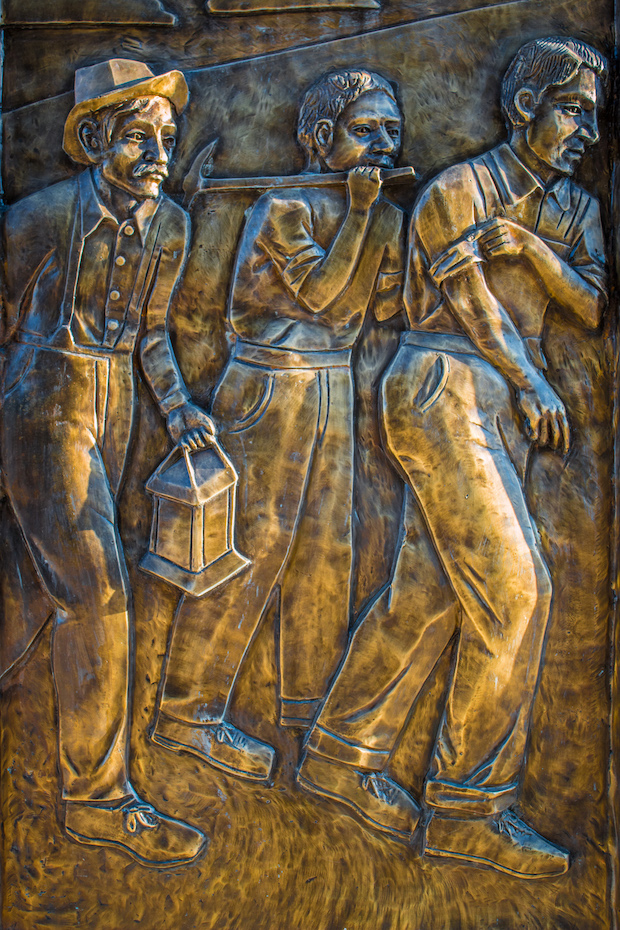 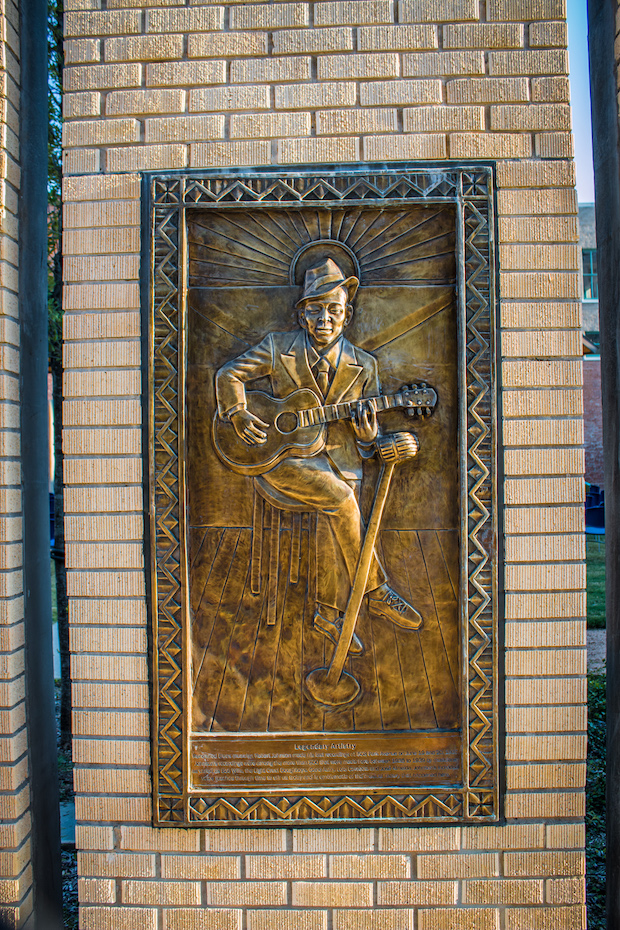 “The Birth of a City” by Brad Oldham and Christy Coltrin is a 16-panel, bronze bas-relief installation on the exterior walls of a new community amphitheater, situated next to an architecturally significant building and across the street from a downtown hub of services for the homeless. The installation features iconic and lesser-known Dallas histories in each 6’x4’ sculpted panel, where the artists have expanded upon a Dallas-based narrative told in a lost mural from the 1930s, when the block was originally built. This was a time when Dallas was transformed from a hardscrabble, parochial town to a cosmopolitan, international city.

The written narrative and the sculpted work were given equal importance to ensure the proper chord was struck to resonated among the various audiences intended for this artwork. The sculpture shares a block with an historic building, where important music recordings had been made in the past, while today many homeless Dallasites visit this block for social services. When the block renovation is complete, the homeless won’t be the only contemporary audience identifying this area as a destination. Concert goers will enjoy live music in the amphitheater, artists and musicians of all walks of life will find classes and resources, and others will find preserved architecture and stories in the Museum of Street Culture located here. The sculptural palimpsest celebrates the city’s diverse residents and is fitting amongst the audiences served on this developing block, setting forth a highly accessible, fine-art sculpture unique to the city. The themes of hard work, determination, and coming together resonate today as clearly as they did in the 1850-1930s time period covered in “The Birth of a City.” Unifying viewers through storied artwork that celebrates the past and sets a tone for going forward drove Oldham and Coltrin throughout their work on this sculpture.

The First Presbyterian Church of Dallas, located on an adjacent block, helped start the homeless day shelter thirty years ago, and in 2011 they purchased the two buildings across the street, which included the abandoned Zig Zag Moderne building, 508 Park Avenue. The church received permission from the Dallas Landmark Commission to replace the second mid-20th century building next to 508 Park with an amphitheater, but was required to preserve the perimeter appearance of the brick building by creating a brick wall. It was this request that prompted the idea for site-specific artwork for the wall.

Oldham and Coltrin’s collaboration began with both the location and inspiration from Jerry Bywaters and Alexandre Hogue, who in the 1930s created a mural about the city of Dallas. The now-painted-over mural made profound statements about the city and its residents that speak to contemporary viewers. “The Birth of a City” captures vignettes from this lost mural and interpolates them with the artists’ interpretation of important points in Dallas history. Through the art deco-inspired borders and the inclusion of performers who recorded in 508 in the 1930s, the artists also saw themselves as collaborating with the historic building to which the wall leads.

Another equally important refrain ran throughout this commission. The motto of the homeless services organization across the street is “We Serve Second Chances.” The buildings and people in this block deserve second chances, as do those who are long gone. “The Birth of a City” honors the past while investing in and envisioning the future. As D Magazine observed, the project “has the laborer and the tramp in mind, which makes it [a] bold, almost provocative kind of development for Dallas.” The artwork transforms the community in a welcoming manner and represents this transformation of community through its images.