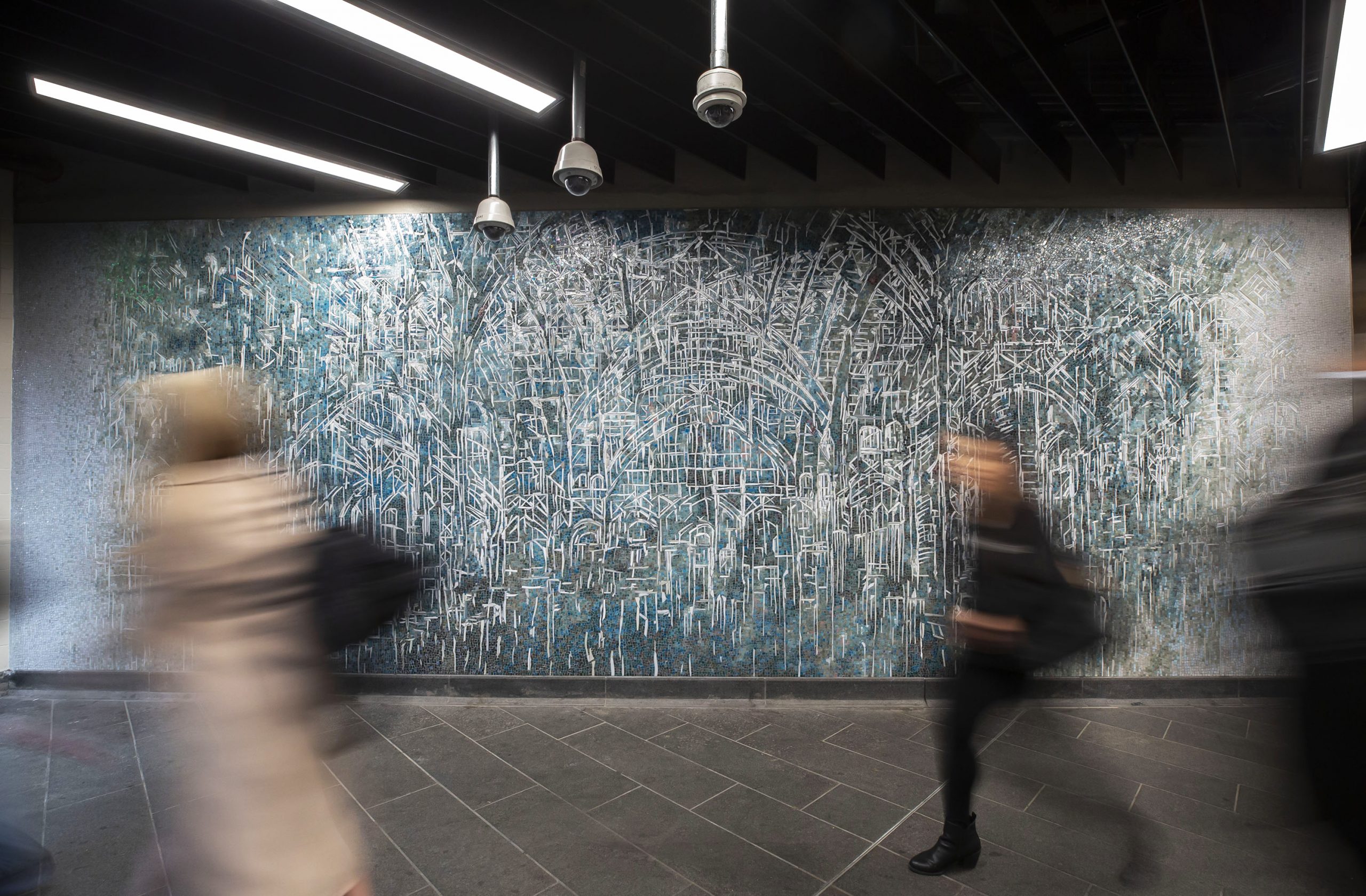 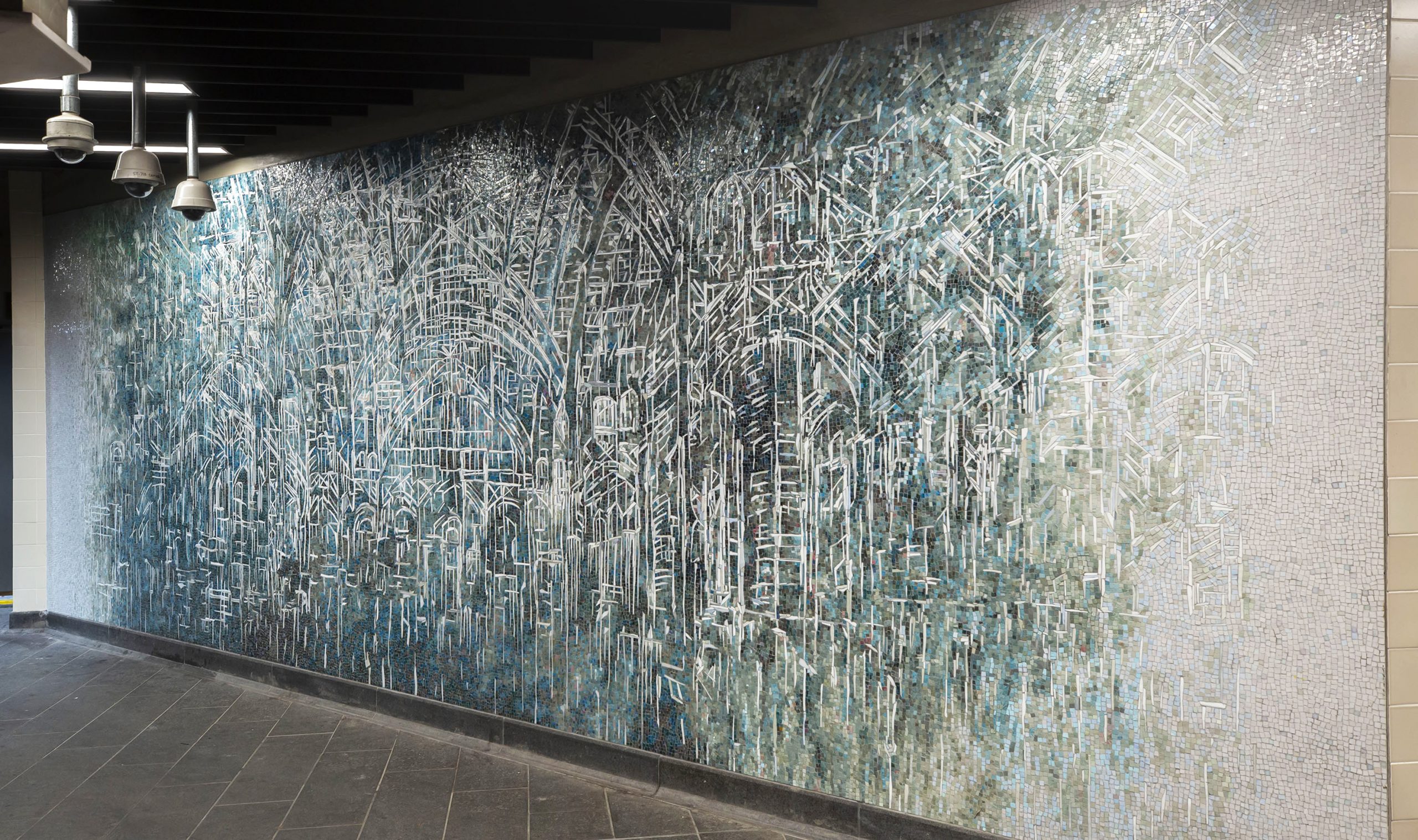 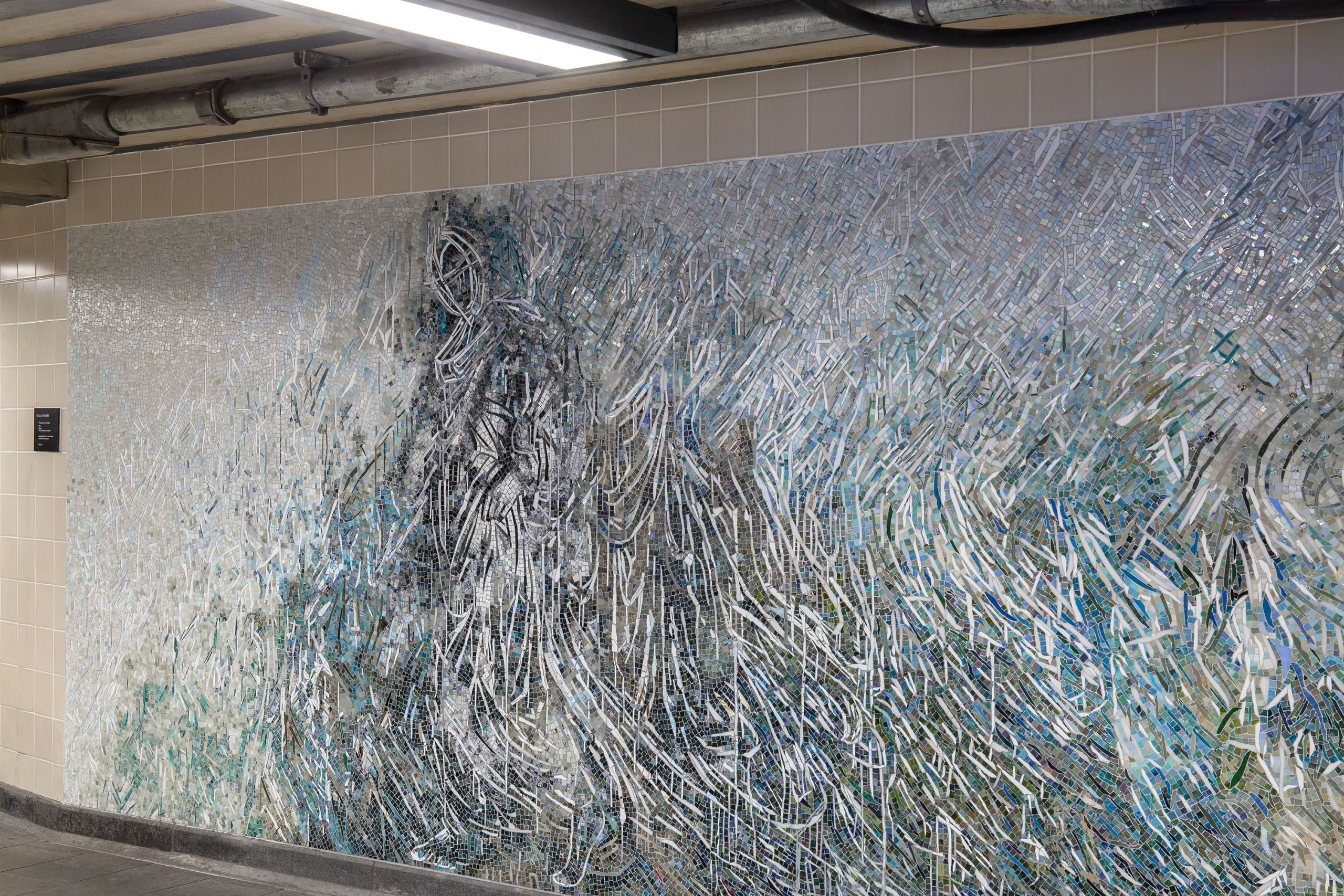 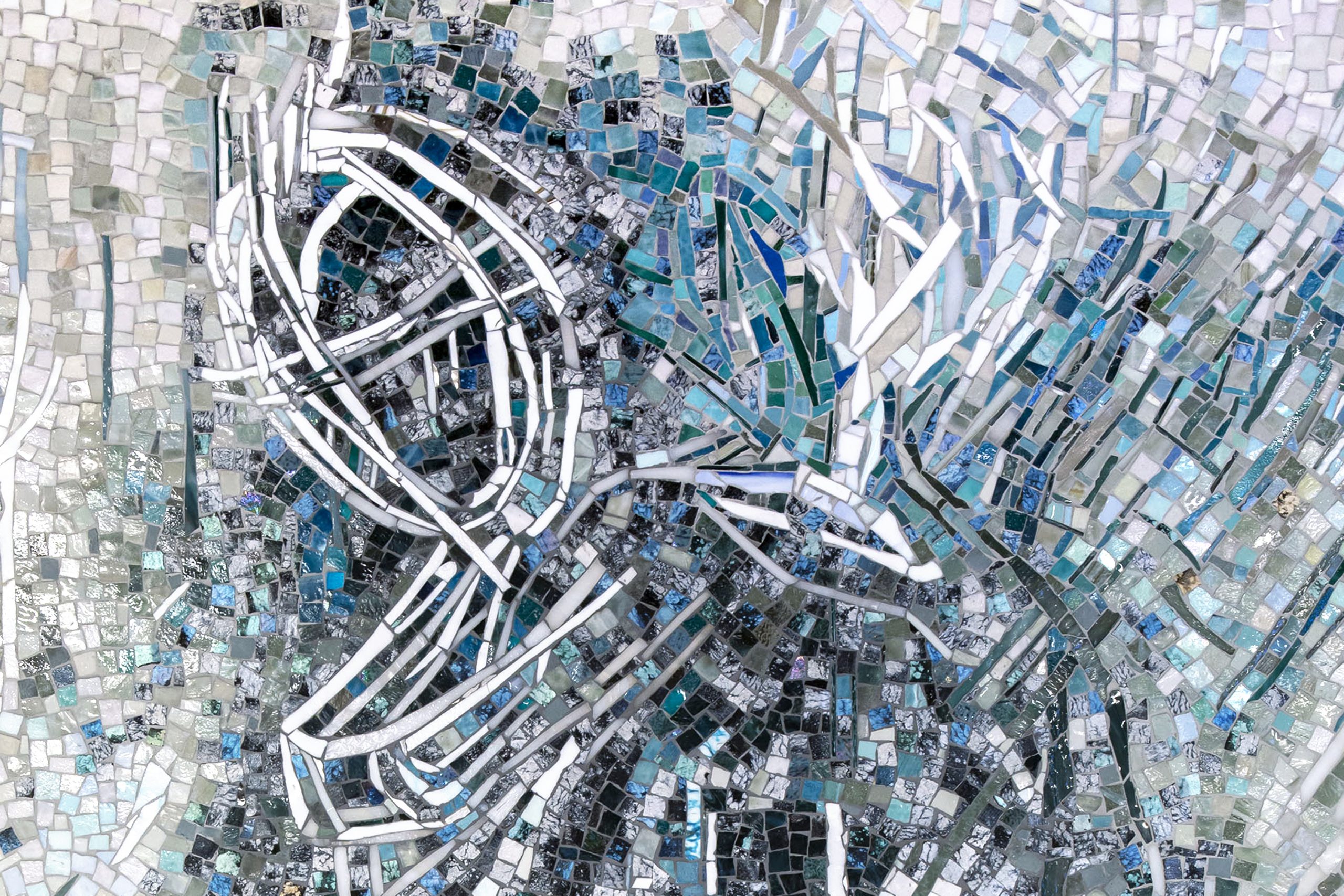 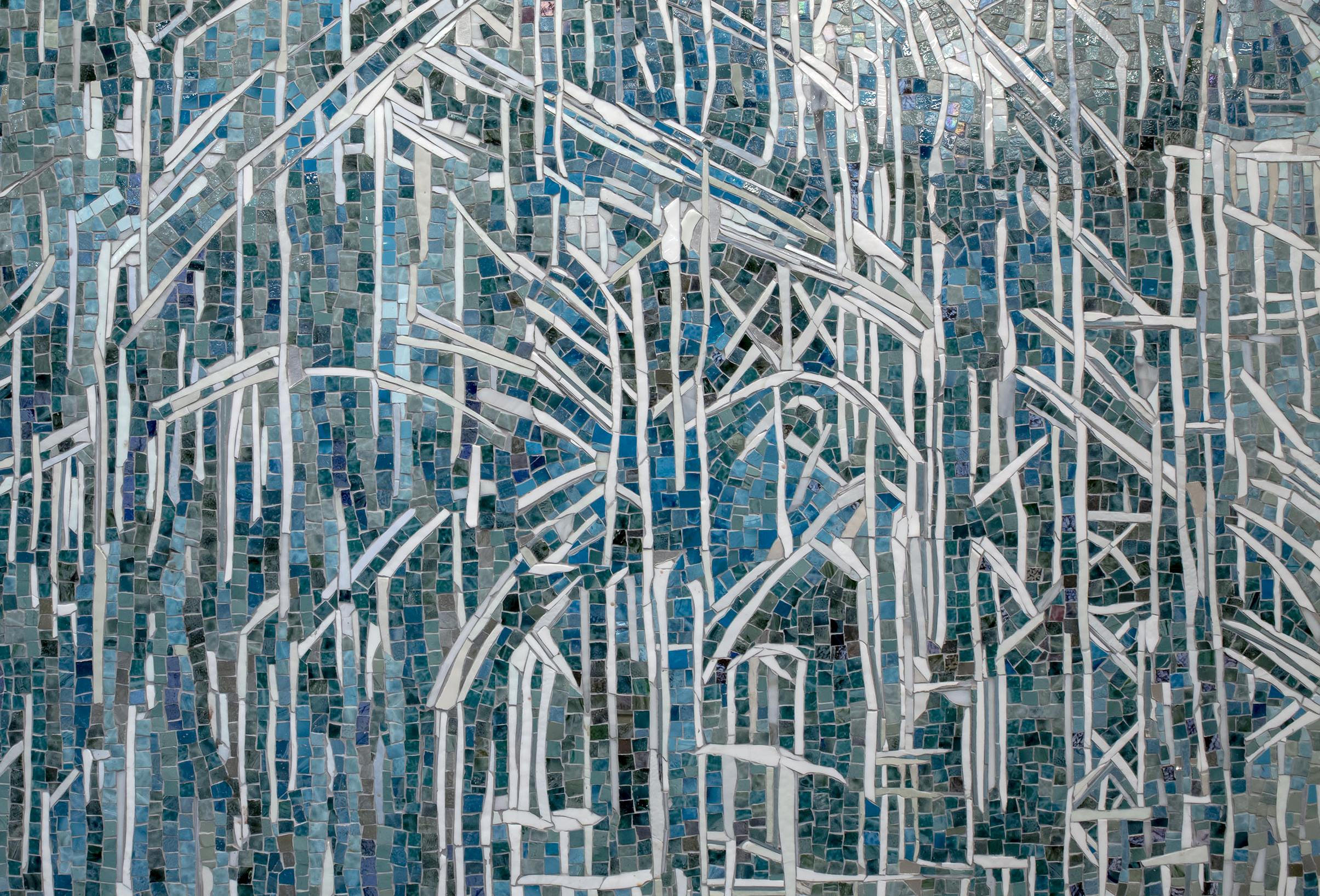 Two massive impressionistic mosaic murals, by the artist Diana Al-Hadid, are now permanently installed at 34th Street/New York Penn Station. “The Arches of Old Penn Station” recalls the original 1910 station building designed by McKim, Mead and White and “The Arc of Gradiva” is inspired by a novella by the same name, by the German author Wilhelm Jensen.

The artist is known for a practice that examines and illustrates perspective through themes of architecture, history and narrative. The goal was to bring these themes to bear on this monumental project, to translate her cross cultural interdisciplinary practice into the language and tradition of mosaics. Al-Hadid's fluid mark-making and the ephemeral nature of her imagery underscores the blurry line between past and present, dream and reality, conscious and subconscious, truth and myth.

Mayer of Munich studio worked directly with the artist and the MTA Arts & Design team, paying close attention to the subtleties in Al-Hadid's work, her painterly approach to image-making and her signature layers of controlled drips and pours. Artisans hatched and cross hatched thinly cut smalti and employed muted colors for softer effects in some areas and dark turquoises and rich grays for contrast in others, in order to translate her rich and visceral surfaces.