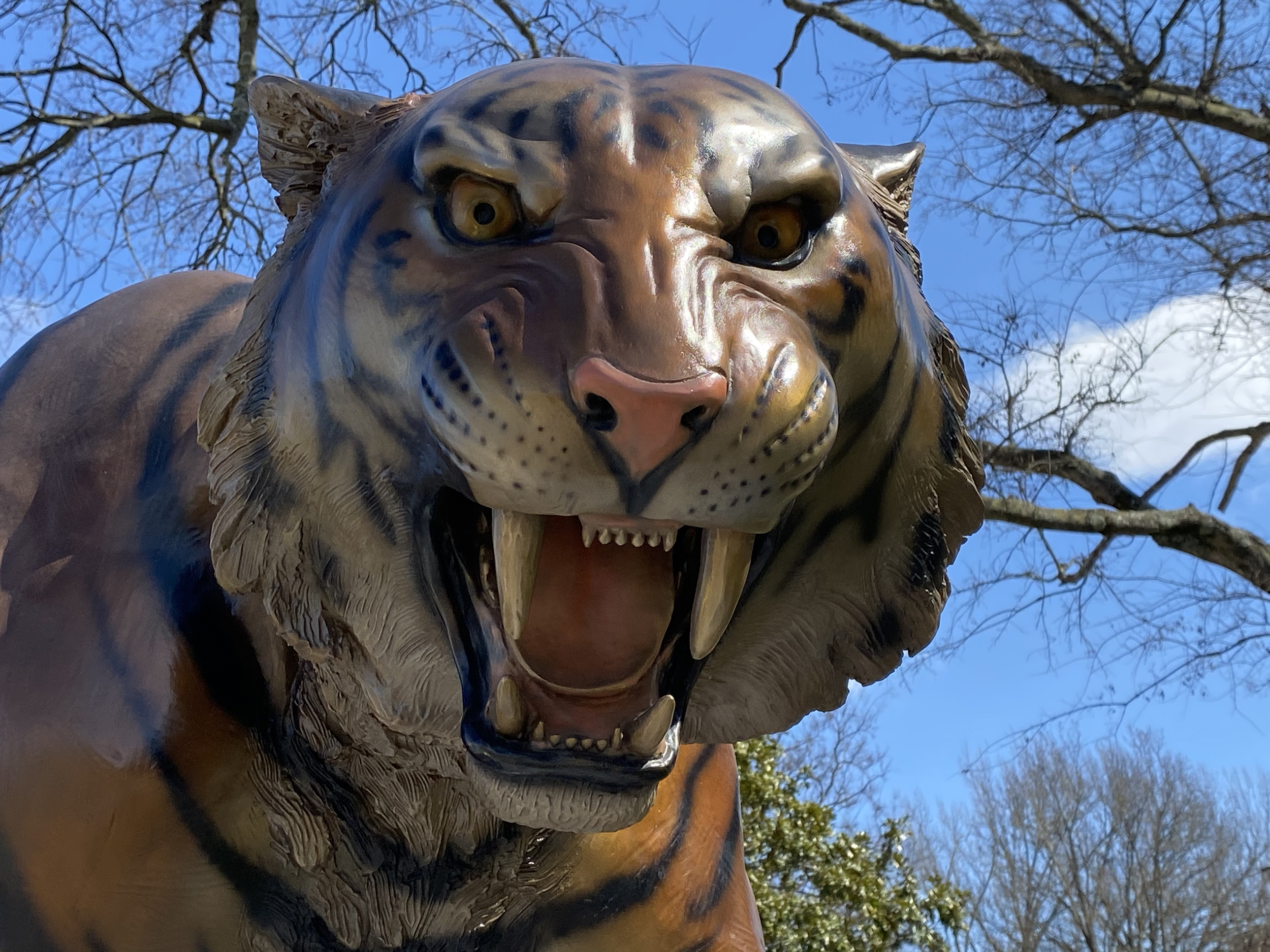 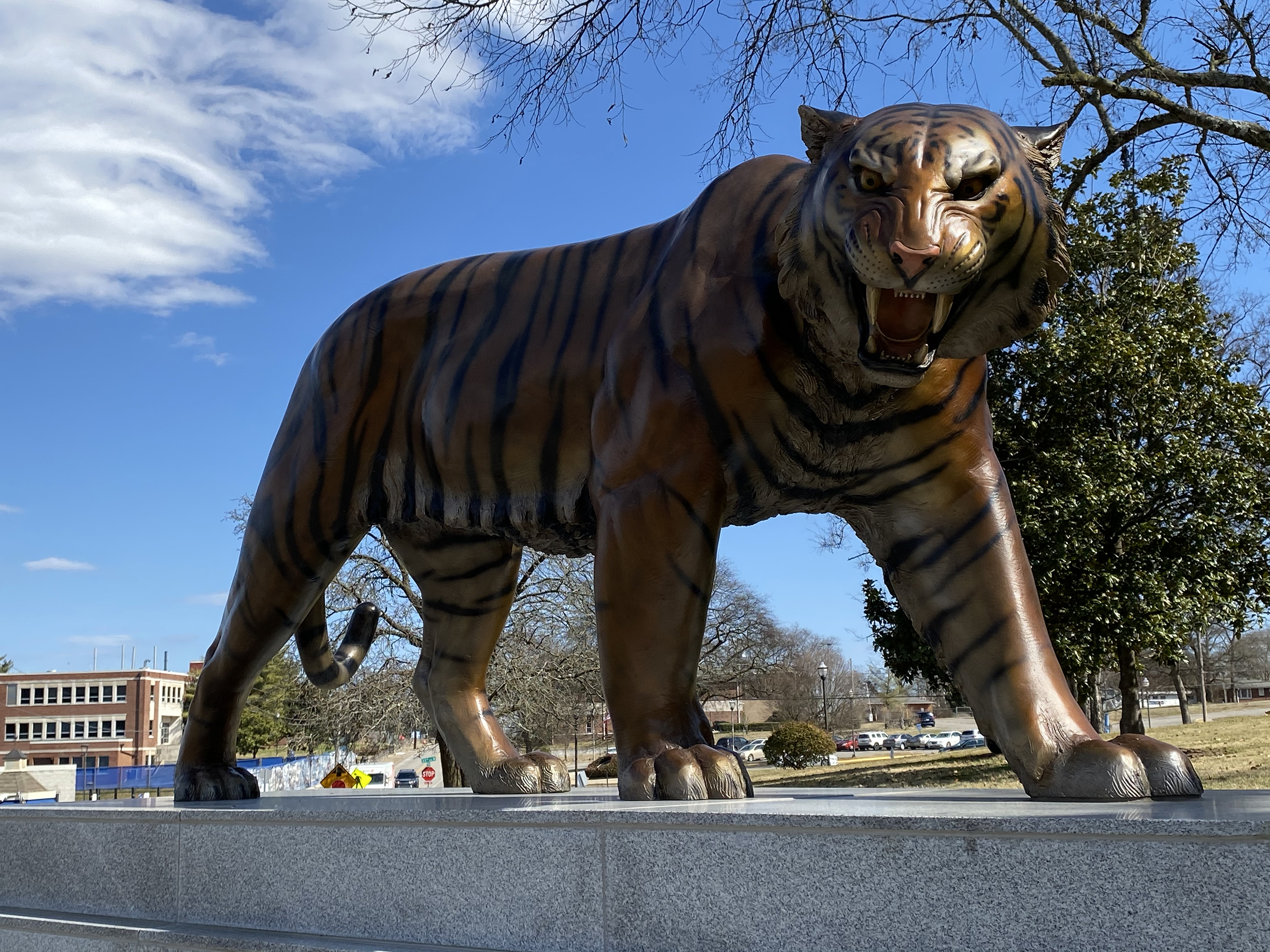 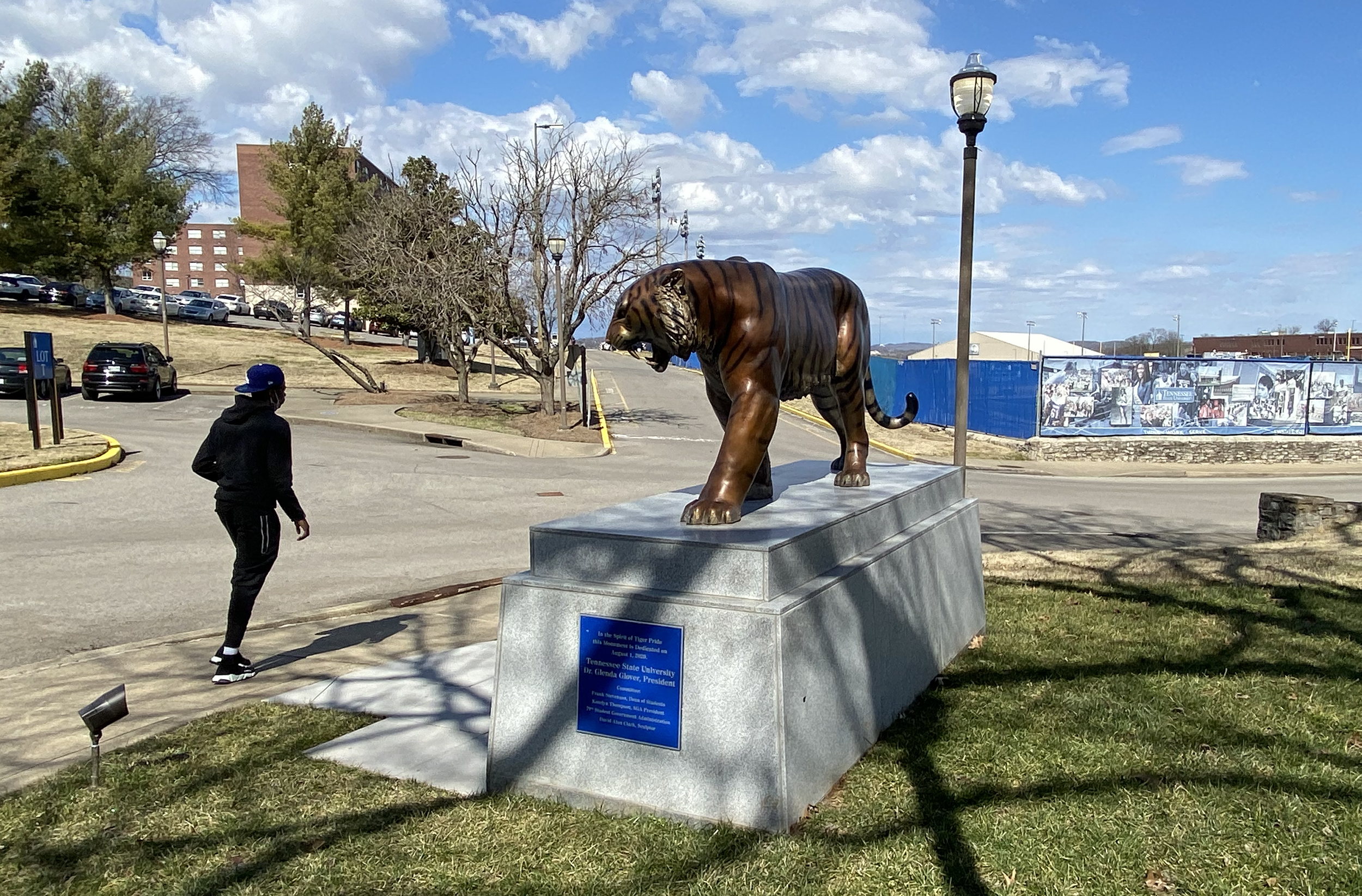 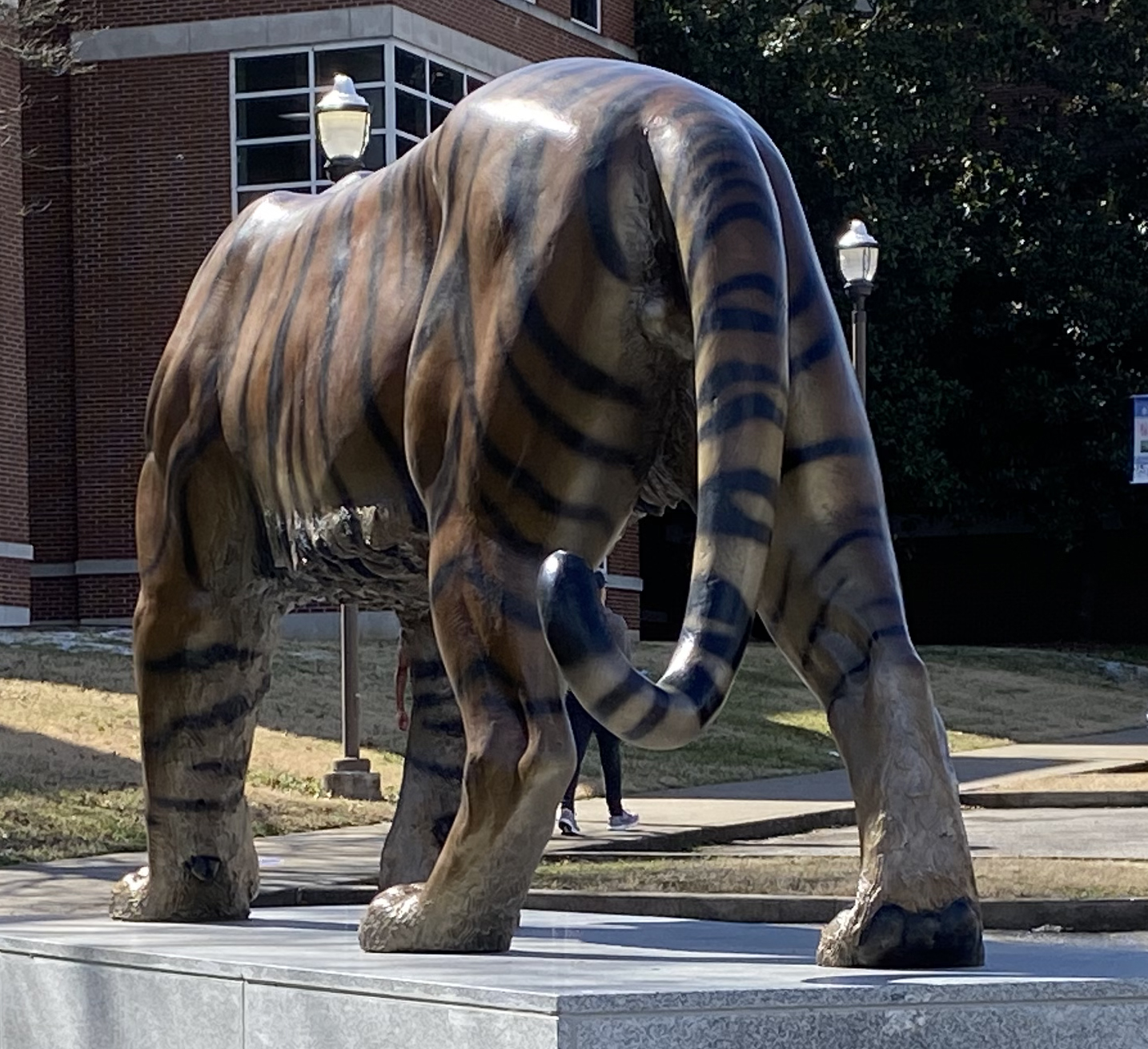 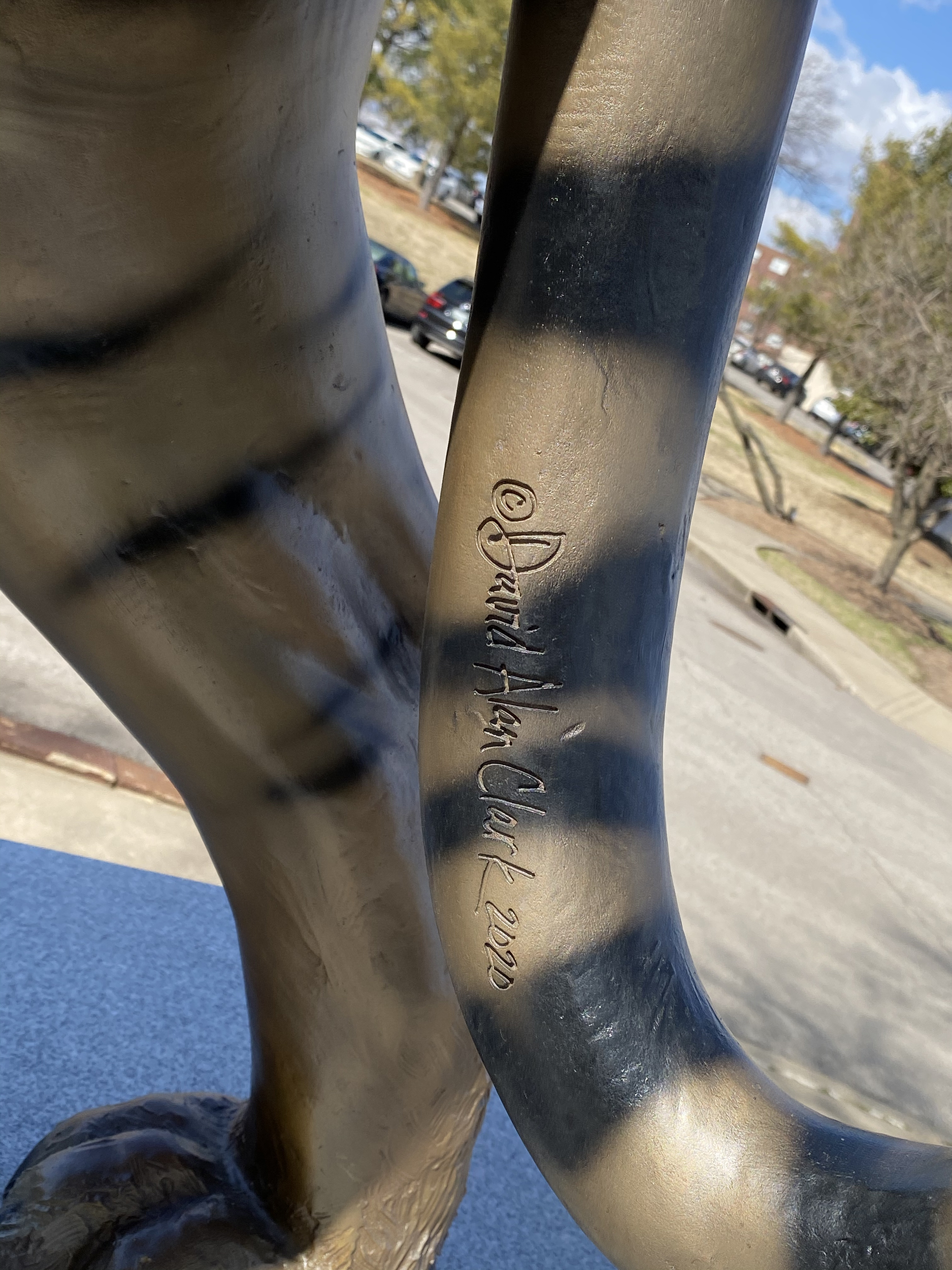 Tennessee State University now has a mascot tiger on campus! In 2018, the president of the school’s Student Government Association – a Memphis native – started a movement to get TSU a tiger mascot similar to the one she’d seen at the University of Memphis. She looked up the artist, and asked him to design a different tiger for her soon-to-be alma mater. Instead of the proud but peaceful tiger Memphis chose, this one is roaring, snarling and pacing!

The student leaders at TSU raised the funds to make this tiger a reality, and did so on a tight schedule. For our part, although we were familiar with tiger anatomy from our previous commission - we went back to basics and made sure this tiger had the powerful front paws and slim back legs of an ambush predator.

This tiger's accurate anatomy is combined with the most colorful patina that we have ever used - but the tiger's coat is so much of what he is, that we felt these animals HAVE to have stripes to be seen as 'tiger.' We didn't want to achieve this with carving stripes into the magnificent forms - because tigers are sleek, and carved stripes were too much like a rumble strip that would stop the eye as it glides over the sleek powerful body.