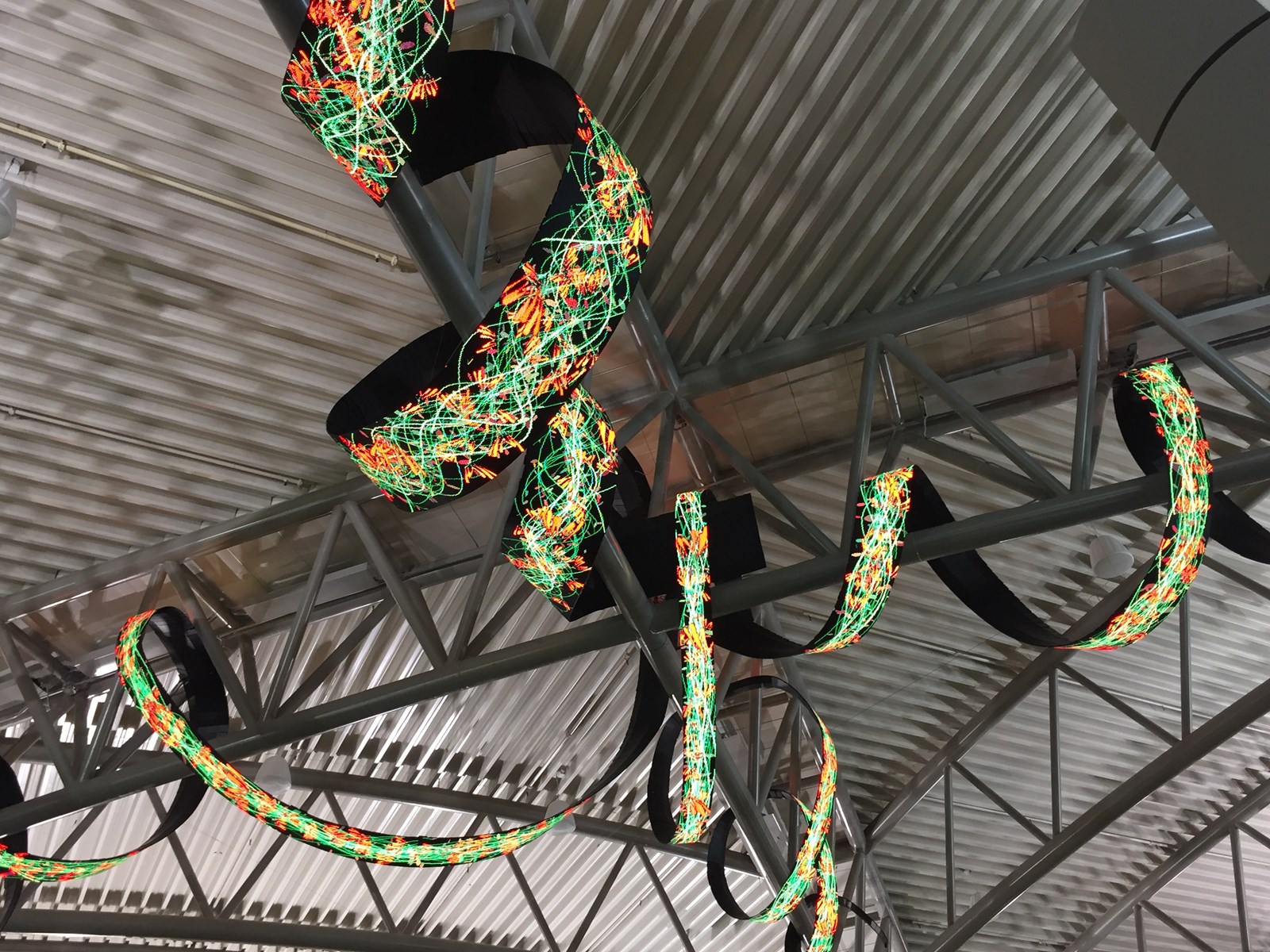 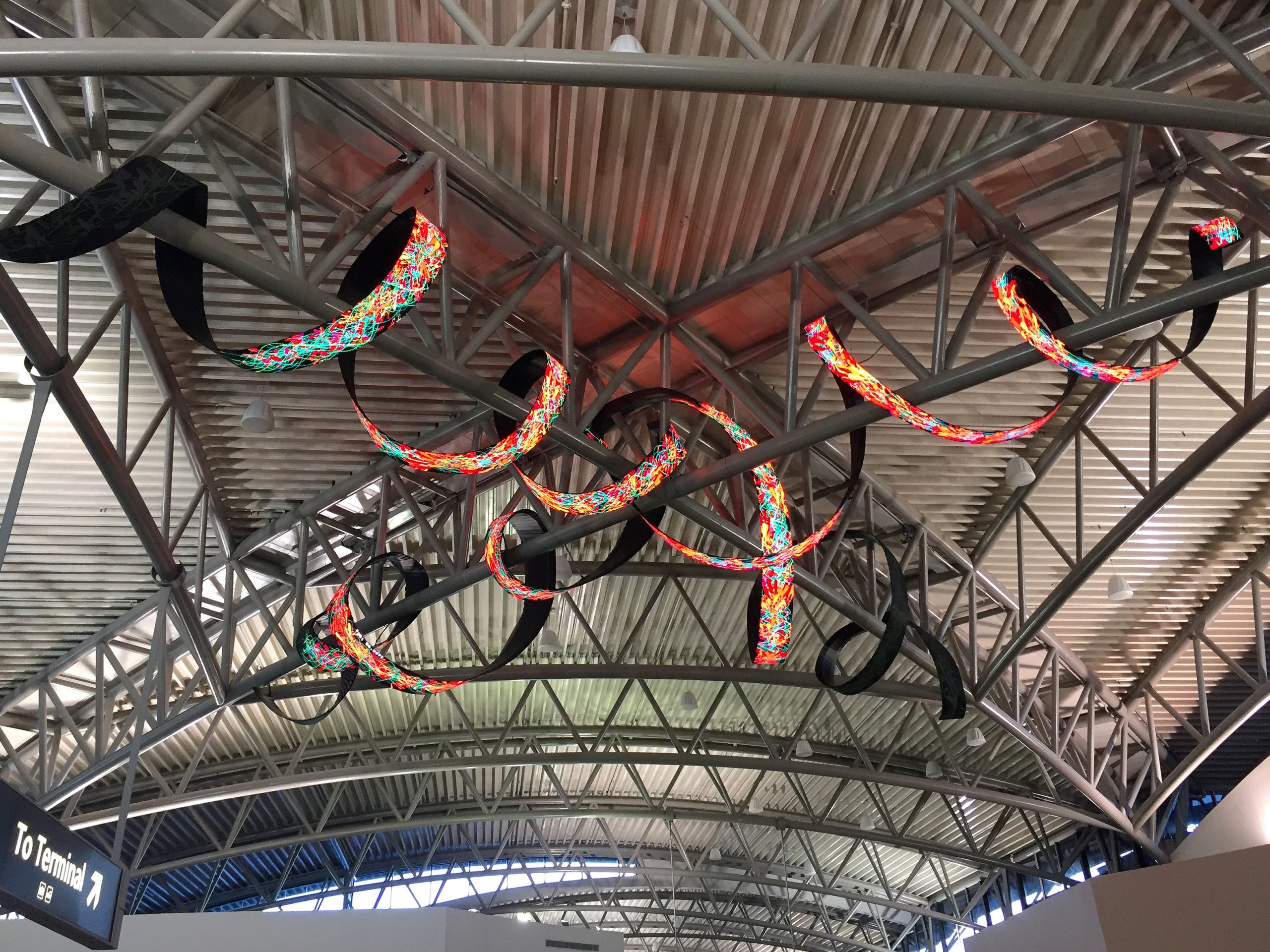 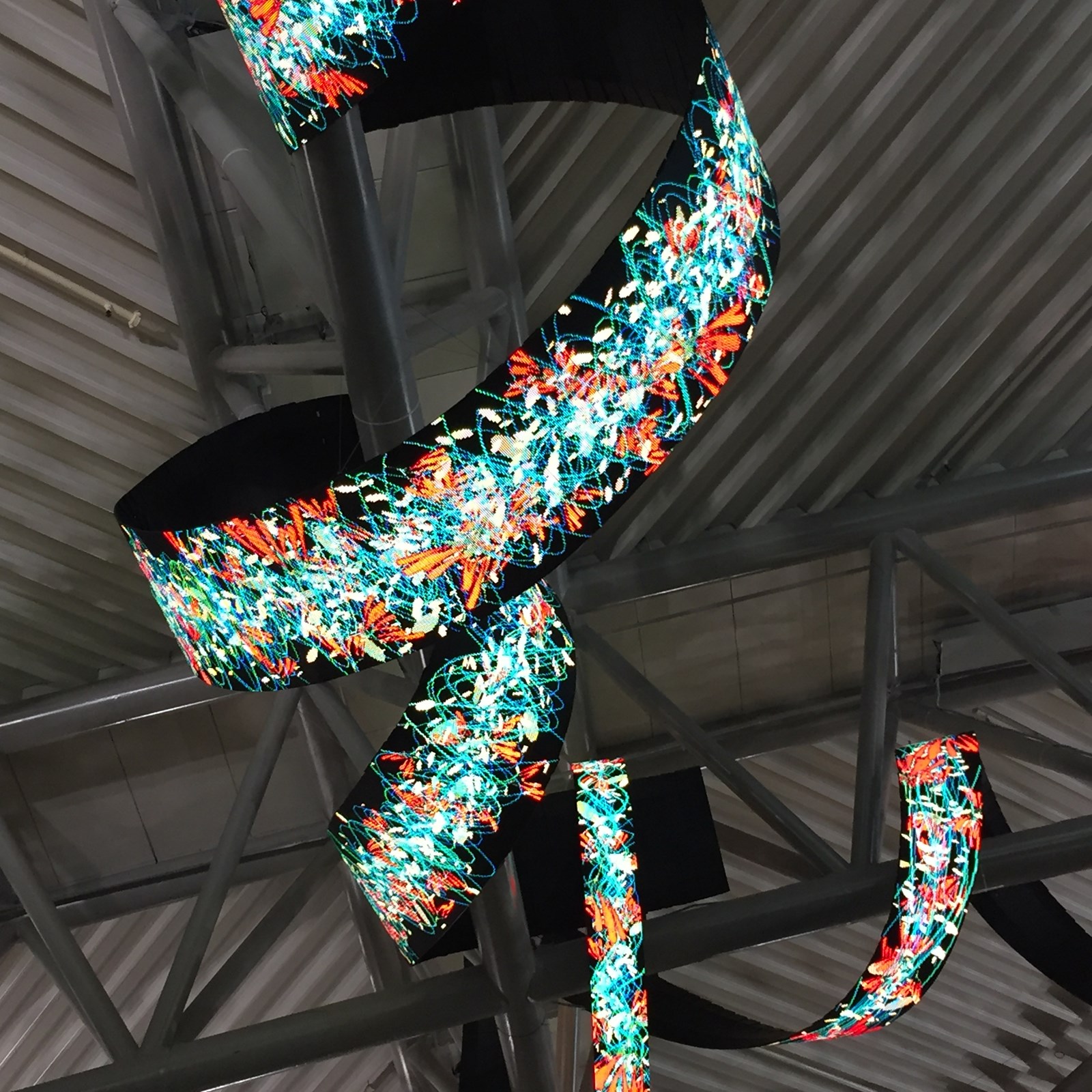 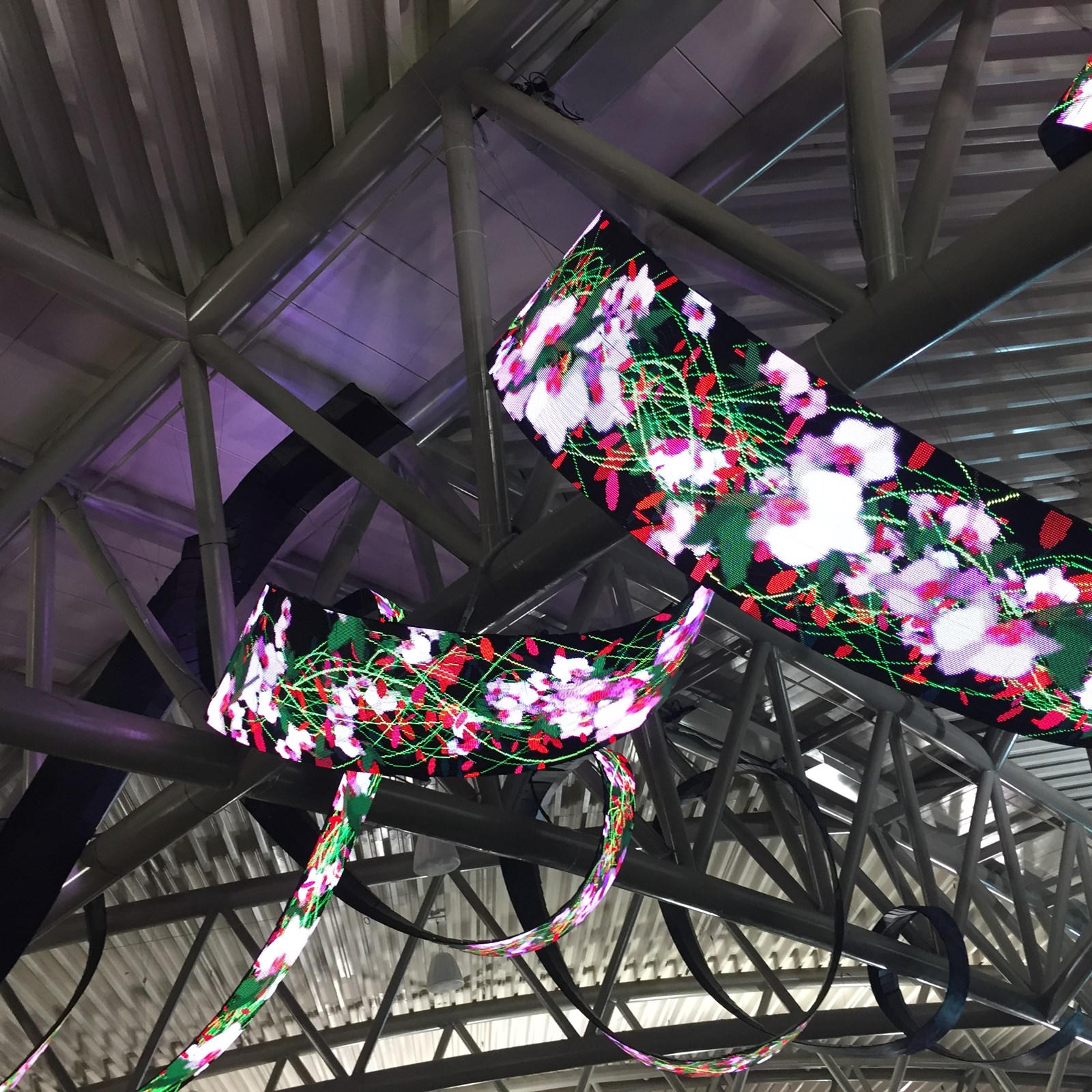 Tendril is a permanent installation created for Tampa International Airport which emerges from the artist fascination with representations of ruins that depict nature reabsorbing what was built by humans. The artwork is composed of ribbon-shaped LED screens that coil around the trusses of Airside F’s central space. The artwork evokes the coiling shapes of vines curling around a trellis. The videos screened on the artwork depict a rich variety of native South Florida vines that suggest vigorous reclamation of territory, shifting from fast invasive gestures to tranquil sequences of species settling into their new home.

The rich variety of native South Florida vines featured in the artwork suggest vigorous reclamation of territory, shifting from fast invasive gestures to tranquil sequences of species settling into their new home.

New animations of plant motives can be added through the years, allowing the artist to treat the artwork like a garden, tending to it by planting new content. The content on the screen is not a looping video. Instead, a computer program generates content for the screen in real time using an algorithm. The algorithm is programmed to randomly decide on the life-cylcle of the depicted plants: speed of growth, how branches fork, density of foliage, color and shape of leaves, etc. The generative artwork thus imitates the complexity and randomness of nature itself.