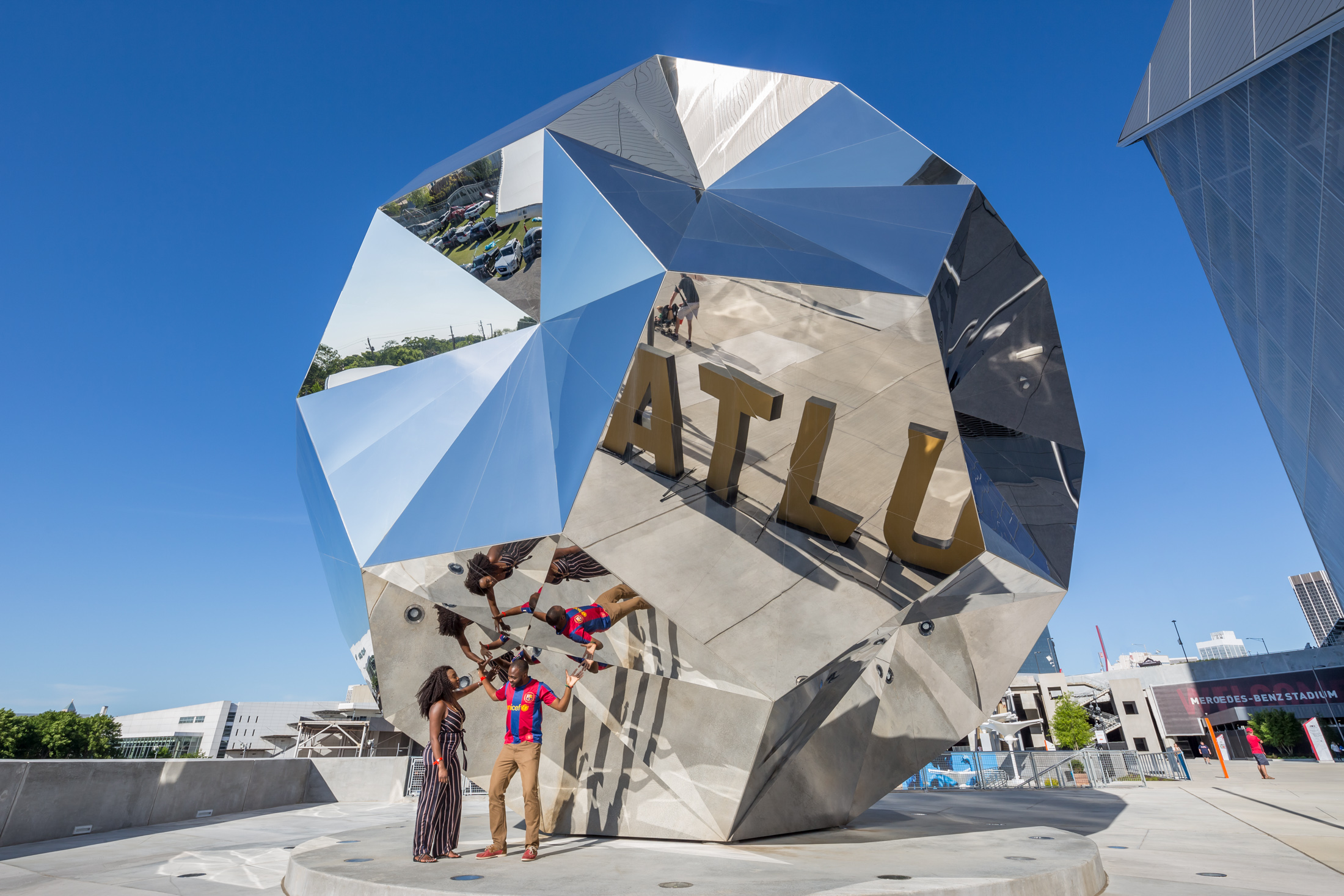 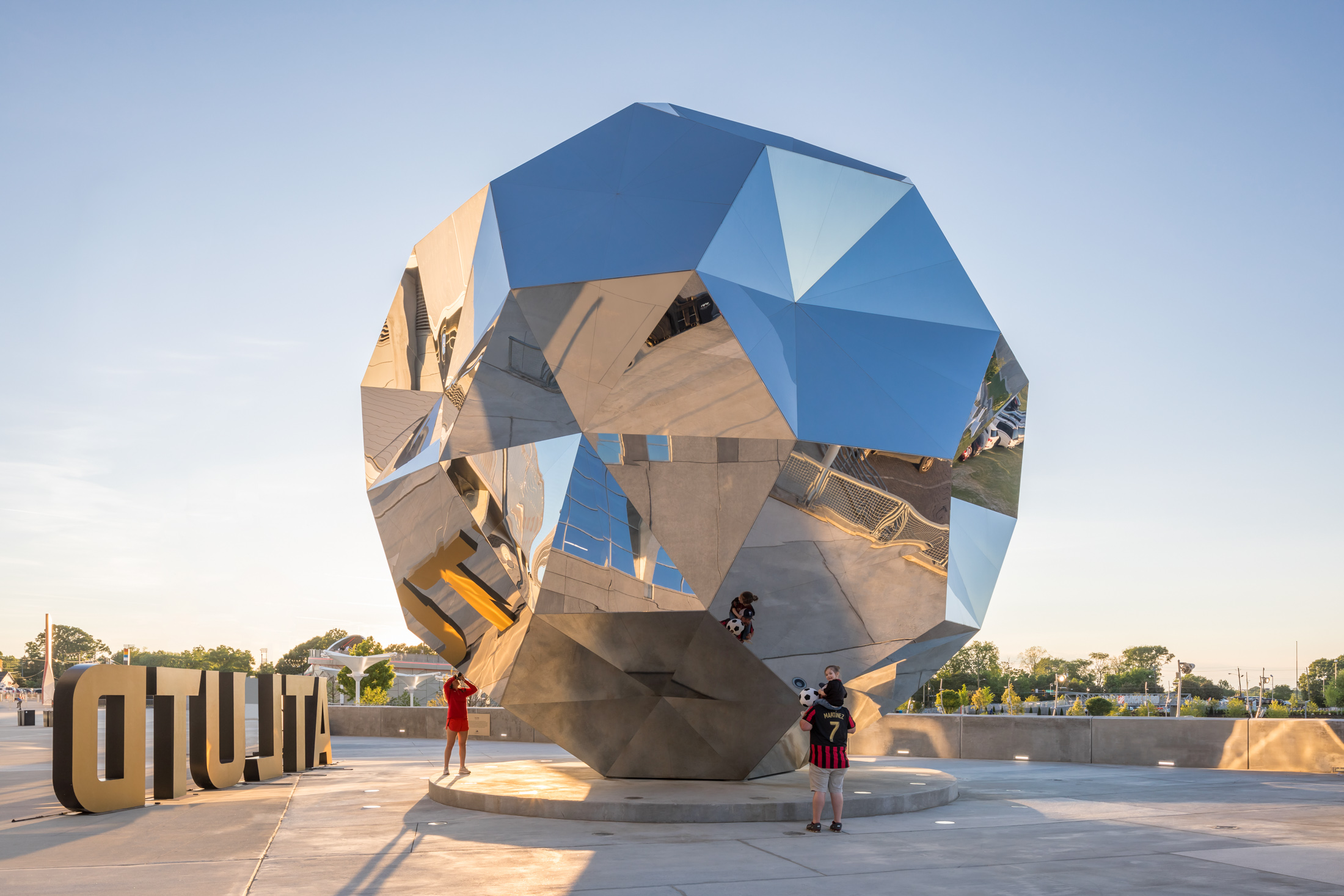 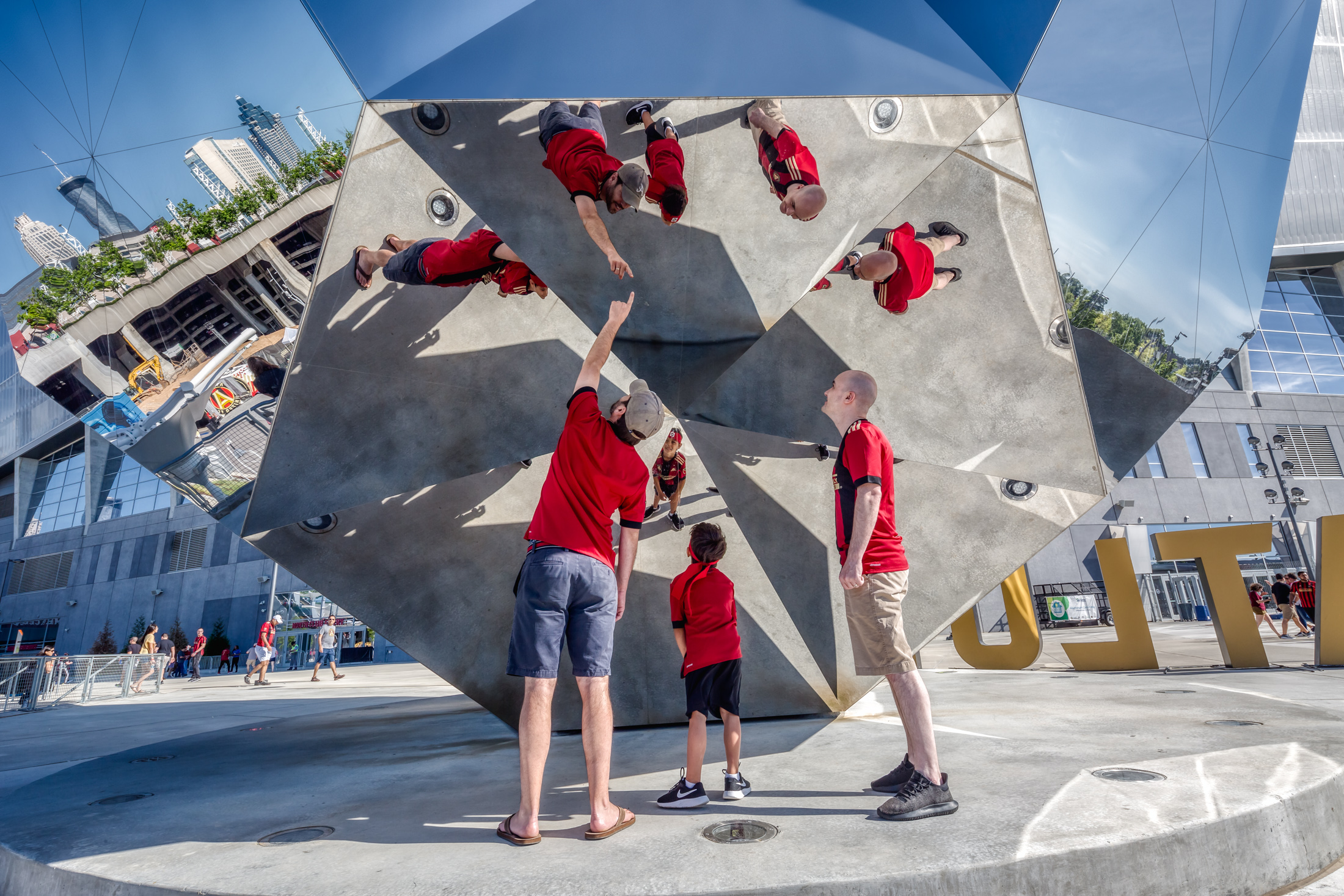 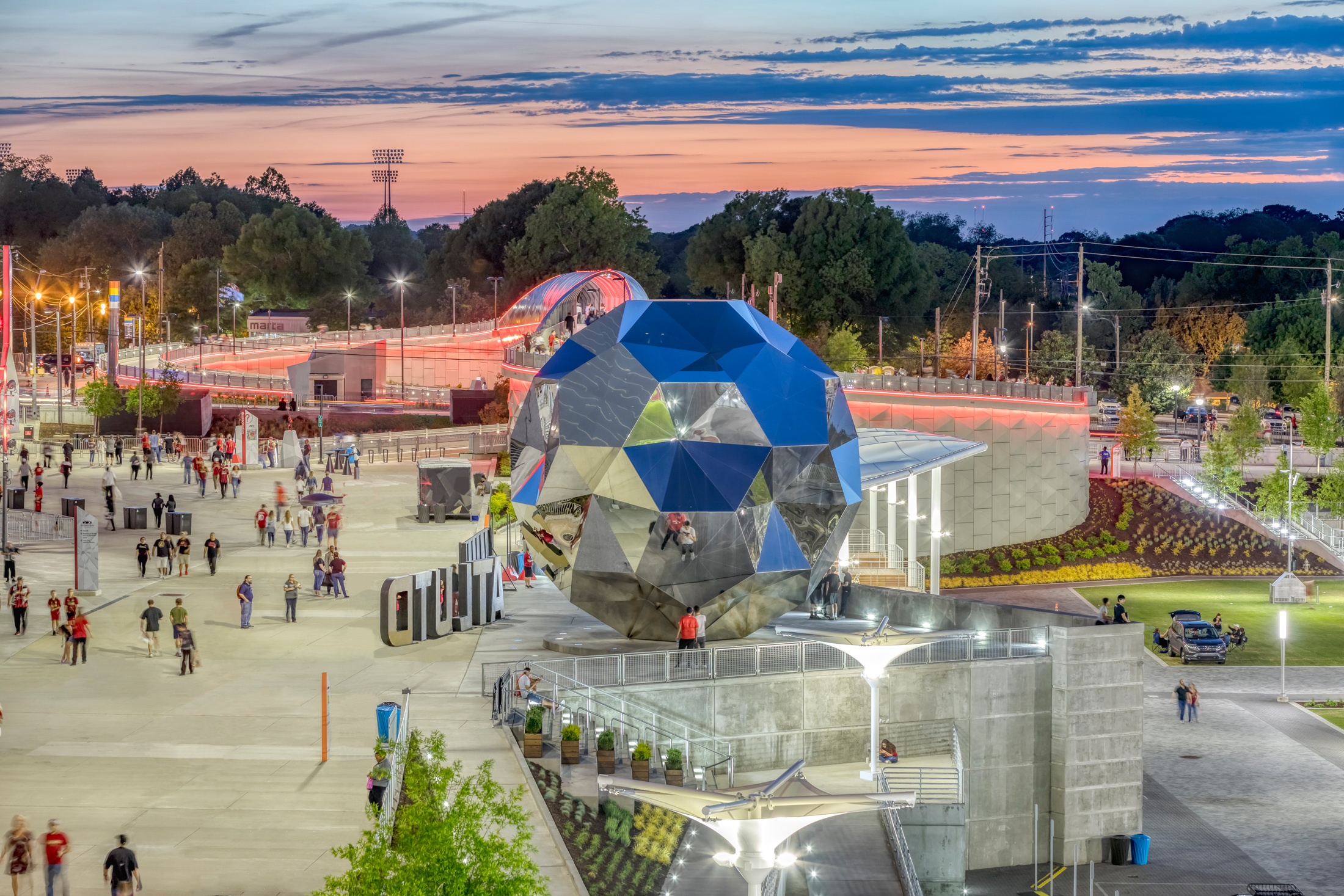 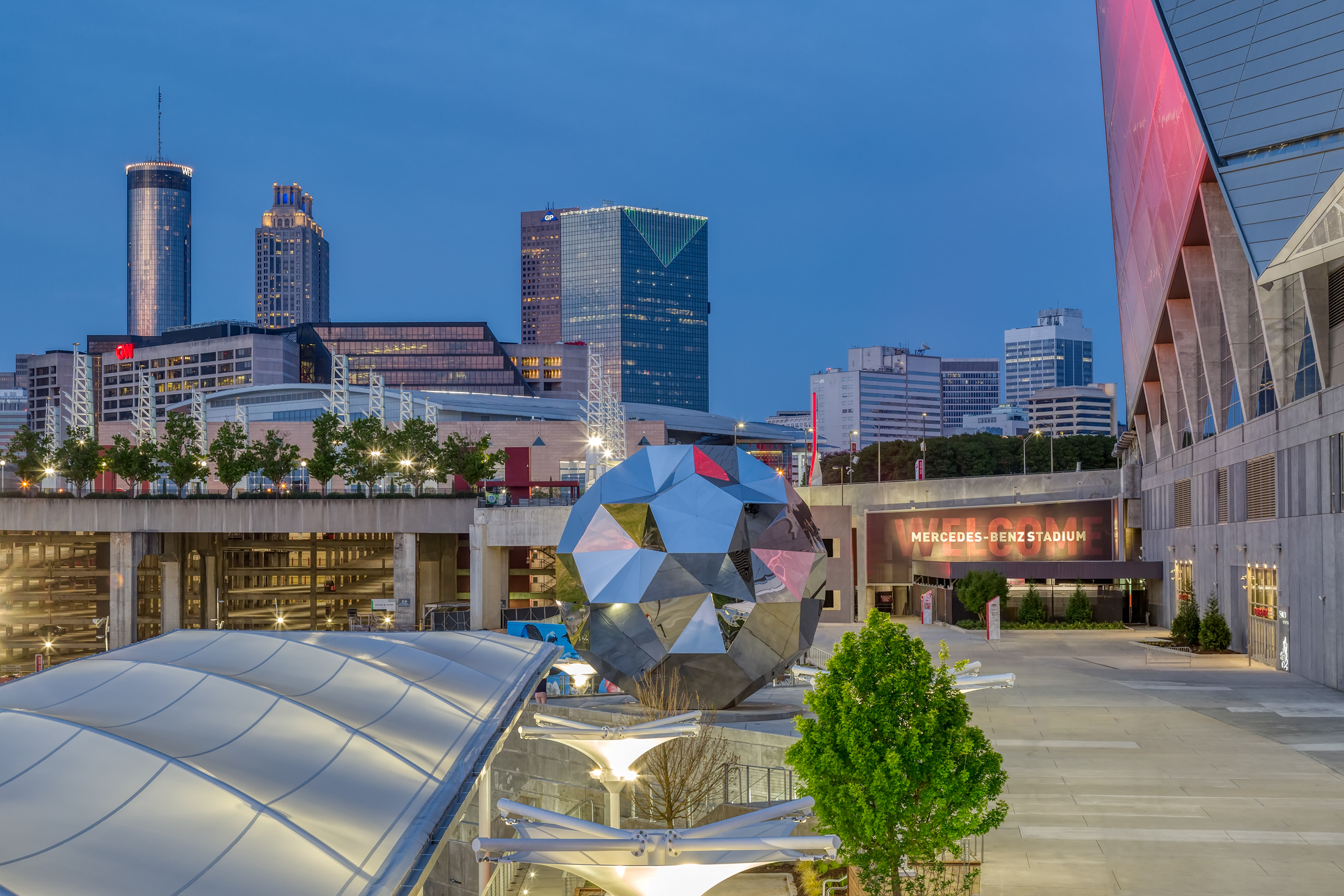 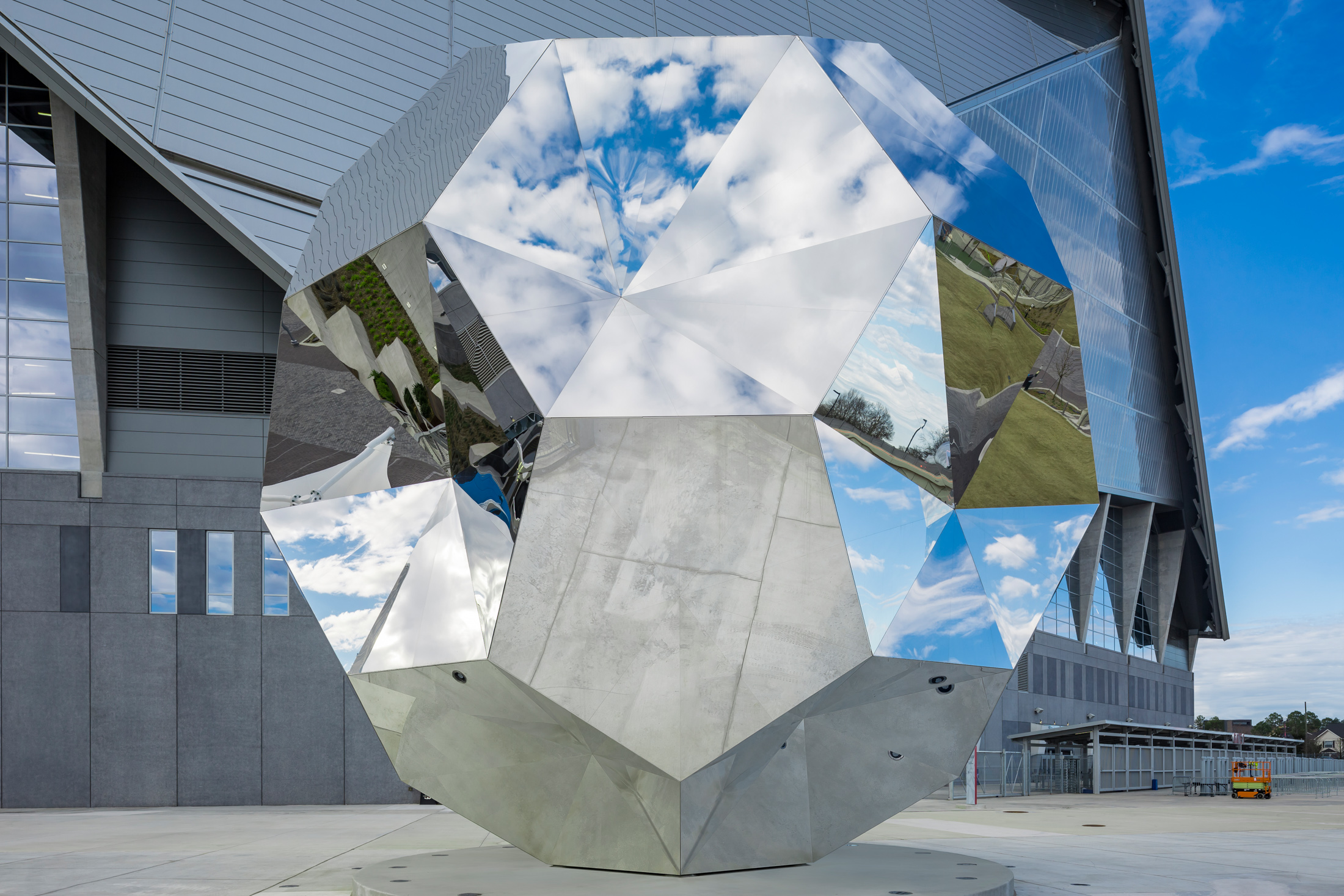 Telstar is a monumental 34ft high mirror-faceted soccer sculpture created for the Mercedes-Benz Stadium in
Atlanta. It’s a playful, aesthetic take on the iconic, multi-panelled adidas Telstar football, designed in 1968 by Danish footballer Egil Nielsen, who named it after the similarly shaped Telstar Satellite.

Constructed from mirrored stainless steel, clad onto a steel and aluminium base, 32 panels are arranged in a spherical, cohesive, aligned system where all pieces are equal. Sitting on the ground outside the stadium, this impactful work creates an immediate, intimate relationship with the thousands of passing fans uniting people, nature and architecture in a fragmented collage

The Mercedes-Benz stadium is home to two popular, highly regarded teams – the Atlanta Falcons (American football) and Atlanta United (soccer). The other major artwork commissioned was a huge falcon sculpture to celebrate the Falcons, and we were asked by Arthur Blank, owner of Atlanta United, to create a fitting sculpture for his newly acquired soccer team.

The creative focus for this artwork was to create a beacon in the wast landscape surrounding the Atlanta Stadium, to convey soccer as an emerging sport in the US and to engage EVERYONE going to the games or to any of the other cultural or sporting events in the Stadium. Our ambition was to leave no one behind, to speak to people directly and creating and engaging artwork that would engage both from afar and up-close.