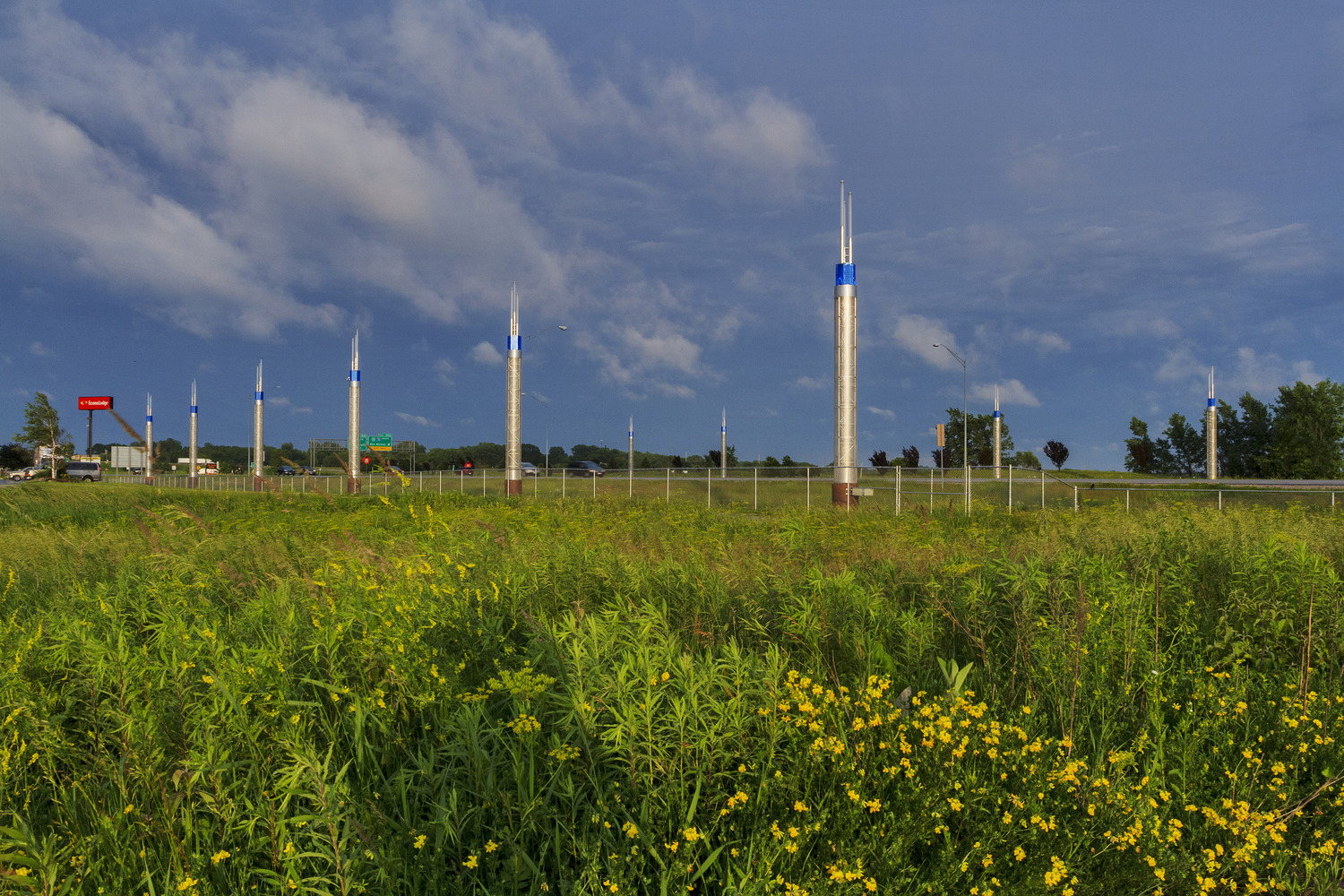 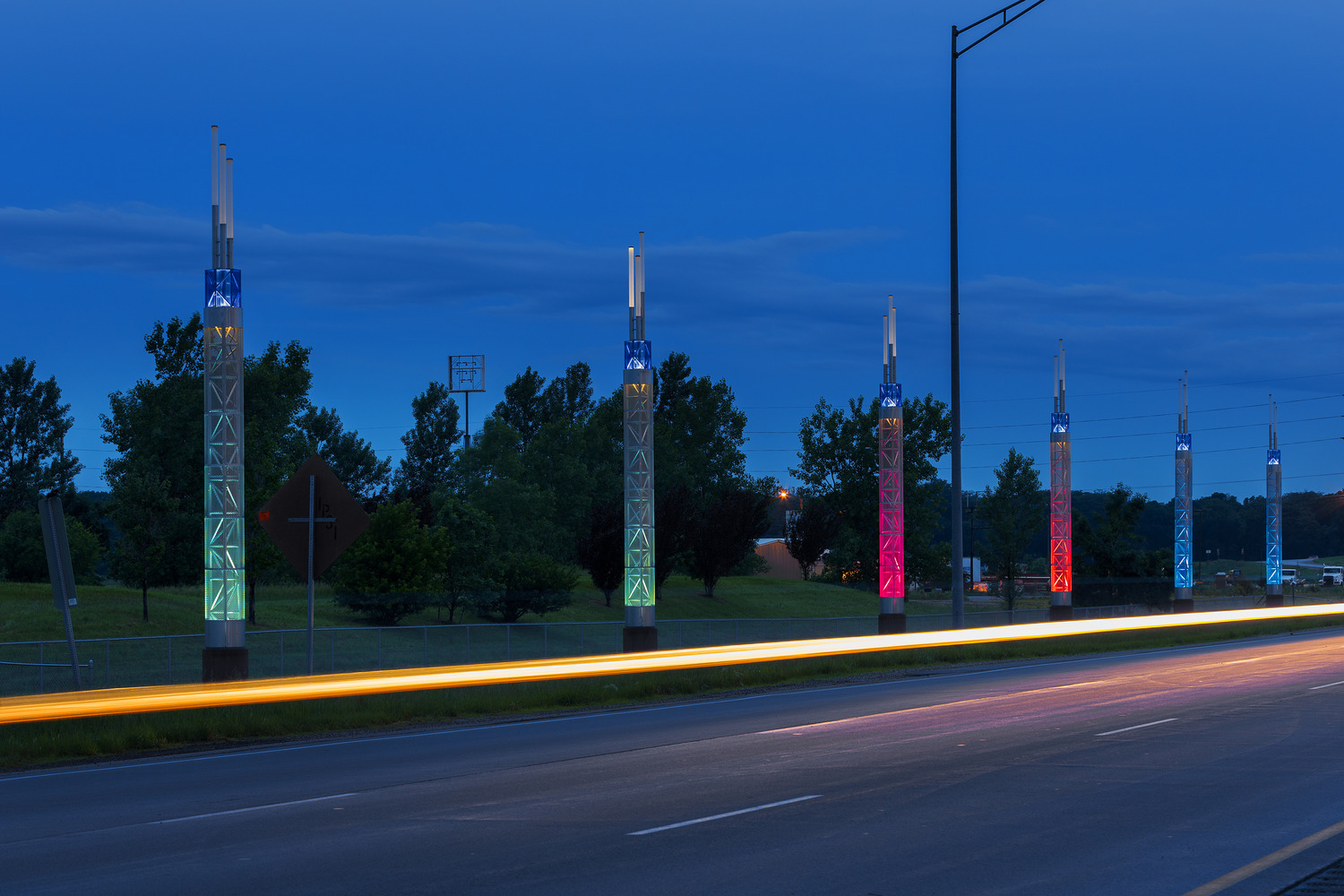 The project features a series of lighted sculptural markers that form a colonnade that flank Highway 30 and become a dynamic gateway into the city of Ames, Iowa. The 42 foot tall columns incorporate state-of-the-art programmable LED lighting. Seen from Interstate 35, the color-changing gateway creates a unique visual experience to welcome visitors. The forms symbolize two primary principles advanced by the community, Education and Technology.

The intent and the design of the project grew from a series of public input workshops and presentations over a period of several years. Working closely with the City, local business associations, Iowa Department of Transportation, and other stakeholders, objectives were identified and developed in order to transform an area that had been impacted by a flood. Special attention was given to animating and activating a rapidly changing urban landscape. The columns frame the entrance to Ames and create a new identity and sense of arrival. They have become symbolic sculptural icons to brand the community. The definition of illumination is to enlighten, as in to share knowledge. The lighted beacons, or sculptural candle forms, are placed in a colonnade, or line, welcoming you to the community, the way one might place a candle in the window. The addition of trees, grasses, and areas of wildflower planting further enhances and shapes the corridor.

The design team included Public Artist David Dahlquist, Lighting Designer David Raver, Landscape Architect Travis Rice, and Architect Don Scandrett. The project began as an initiative of the Ames Planning Department. As it evolved, the design team collaborated with many different groups throughout the community. Extensive coordination was required with the Iowa Department of Transportation to understand and comply with right-of-way and other zoning and code requirements. This in turn led to working with private property owners and the city. The design process also involved critical work with both civil and structural engineers to take into account and to mitigate factors related to designing in a flood plain.
One of the goals of the project was to include an educational component that could be shared with the public. A series of public workshops documented the design process, including issues of scale, speed of travel, views, distance and intervals, and the selection of materials. Working with Central Lighting and Equipment and other fabricators, prototypes and mock-ups were tested and reviewed in a variety of conditions, both in production and along the highway.