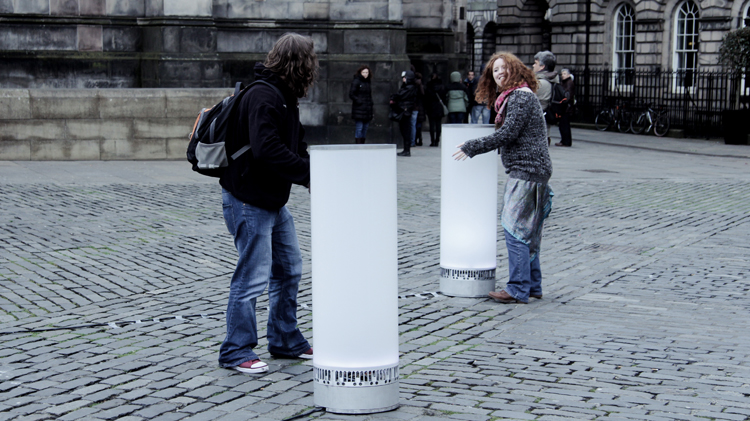 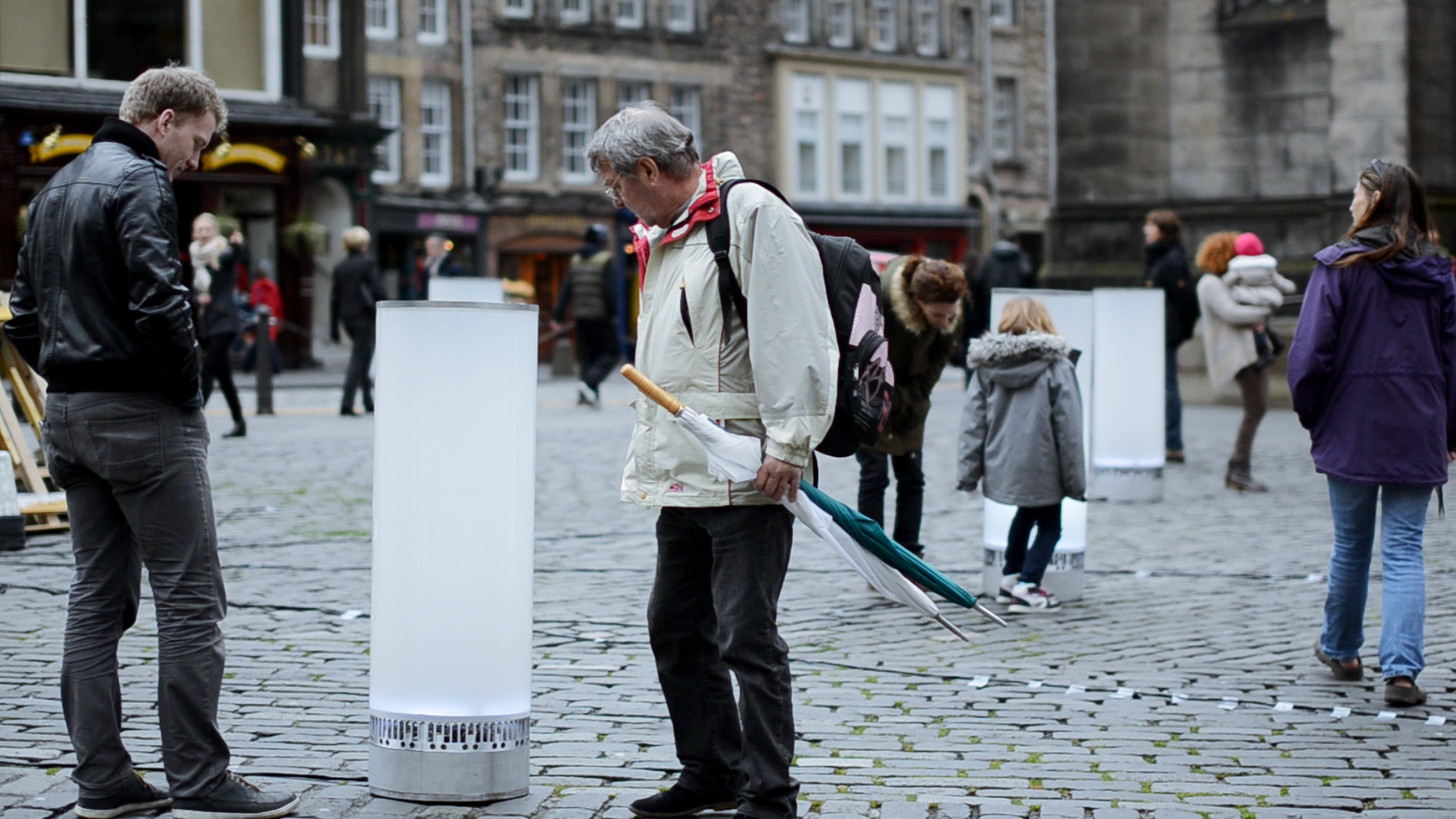 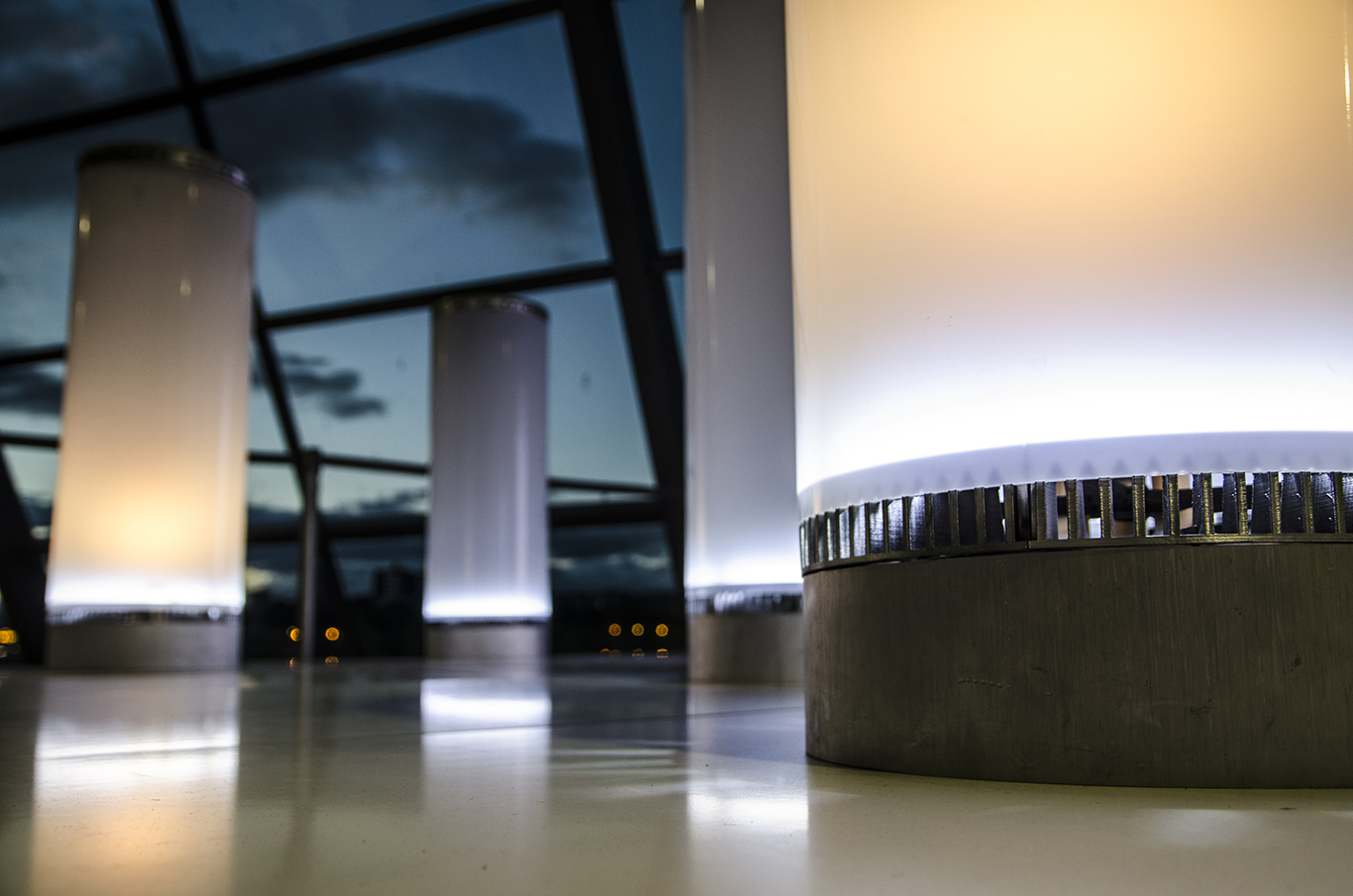 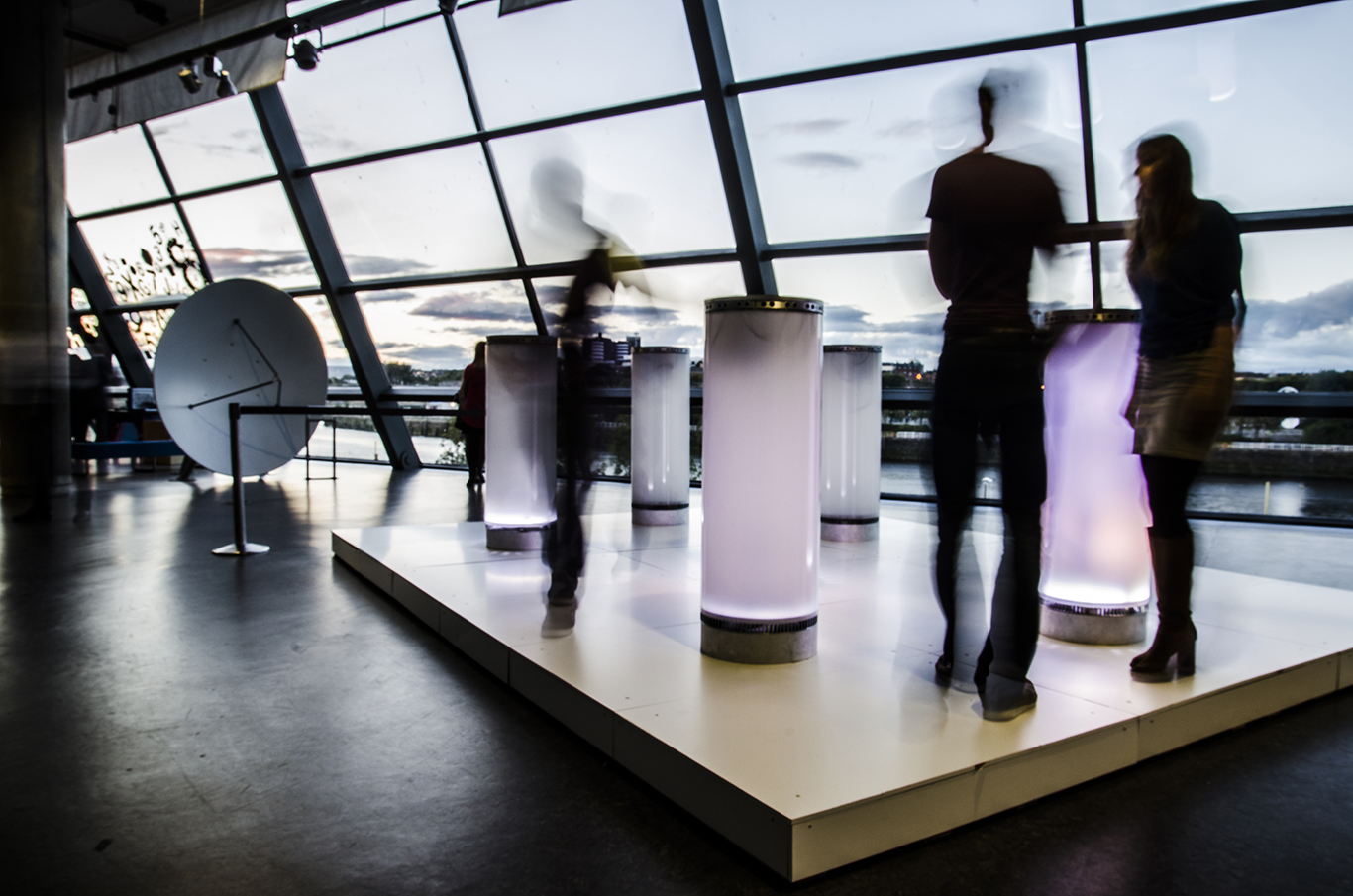 Tangible Orchestra is an interactive installation that combines electronic and classical music perceived very individually in a three-dimensional space. Single units are triggered by people in close proximity and play a unique instrument, with the collection of instruments gathering as people congregate in the space, eventually creating a complete musical work. Depending on the positioning of the listener and the instruments currently active, the musical piece is perceived differently every time, as one can walk through the installation like through an orchestra playing. It creates a novel experience, since electronic music is usually composed and arranged at the mixing desk.

Tangible Orchestra intends to create a novel music experience and to connect people at the project space. It makes electronic music come alive in a three-dimensional space and gives the audience the opportunity to experience it just like standing in the middle of an orchestra with the different instruments playing around you.
The audience is invited to interact with the single cylinders in order to contribute a piece to the overall experience. By walking through the installation, the musical experience of the individual changes according to his current position: By being closer to certain cylinders, some instruments appear to be louder and more relevant, while others fade into the background.
Tangible Orchestra encourages the audience not only to interact with the installation, but also to collaborate with other people in this space, who often will be complete strangers. To archive this goal, a person on its own is able to understand the rules and mechanics of interaction, but can only create a limited outcome. However, in order to create a more exciting experience, more people are required to take part. These mechanics are intended to promote human-to-human interaction. The more people come together, the more instruments join into the piece.

The project started with the core idea - creating an installation for experiencing electronic music like an orchestra in three-dimensional space. The interaction design was based on the popular idea of 'the whole is greater than the sum of its parts': The installation’s overall musical and visual outcome, created by the audience alone, is greater than the sum of itsindividual contributions.

After the theoretical concept was refined, designer, artists, artisans and engineers collaborated on creating the current form of Tangible Orchestra. This iterative process aimed at developing a balanced correlation between the concept and idea. Rapid prototyping was crucial for this process: 3D printing enabled the team to test and improve constantly the sensor technology, lighting design and sound quality of the units.

The musical concept of Tangible Orchestra was developed in collaboration with composers and sound designer. The musical concept again correlates with the form of the project: The selection of distinctive instruments support the interaction concept. On the other hand, the specific arrangement of units with their respective instruments in the project space supports the listening experience.

Human interaction is made possible by 112 ultrasonic sensors, 16 on the inside of eachcylinder. The hardware Arduino and the software Processing control the installation, together with 7 microchips, which run and coordinate the ultrasonic sensors. 132 LEDs, also controlled by Arduino, blink in the rhythm of eachactivated instrument to create a play of light. 14 speakers, two in the inside of each unit, generate the listening experience in three-dimensional space. Because of the custom nature of the construction, 3D-printers have been used to create over 200 internal parts and connecting pieces that have been engineered specifically for this project.