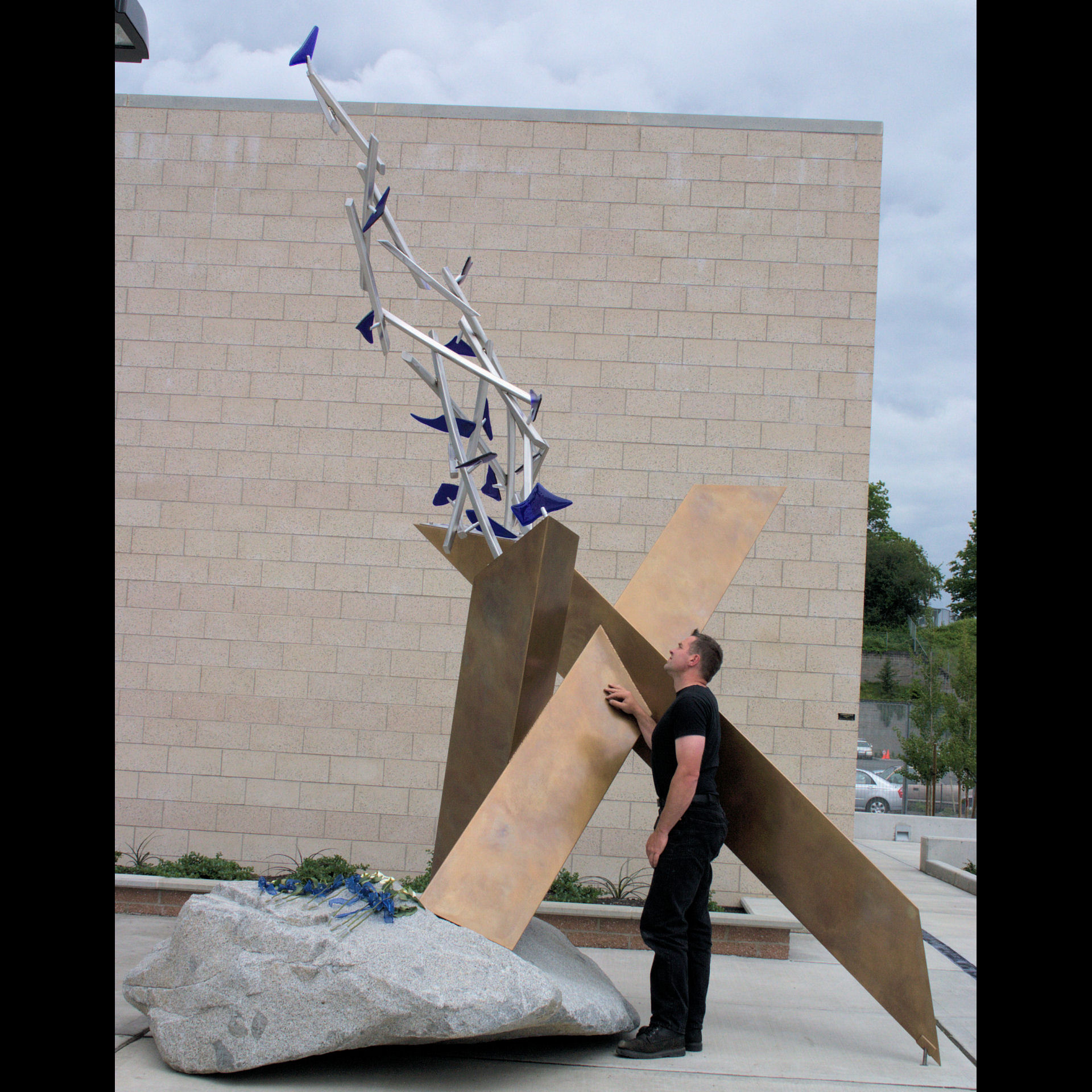 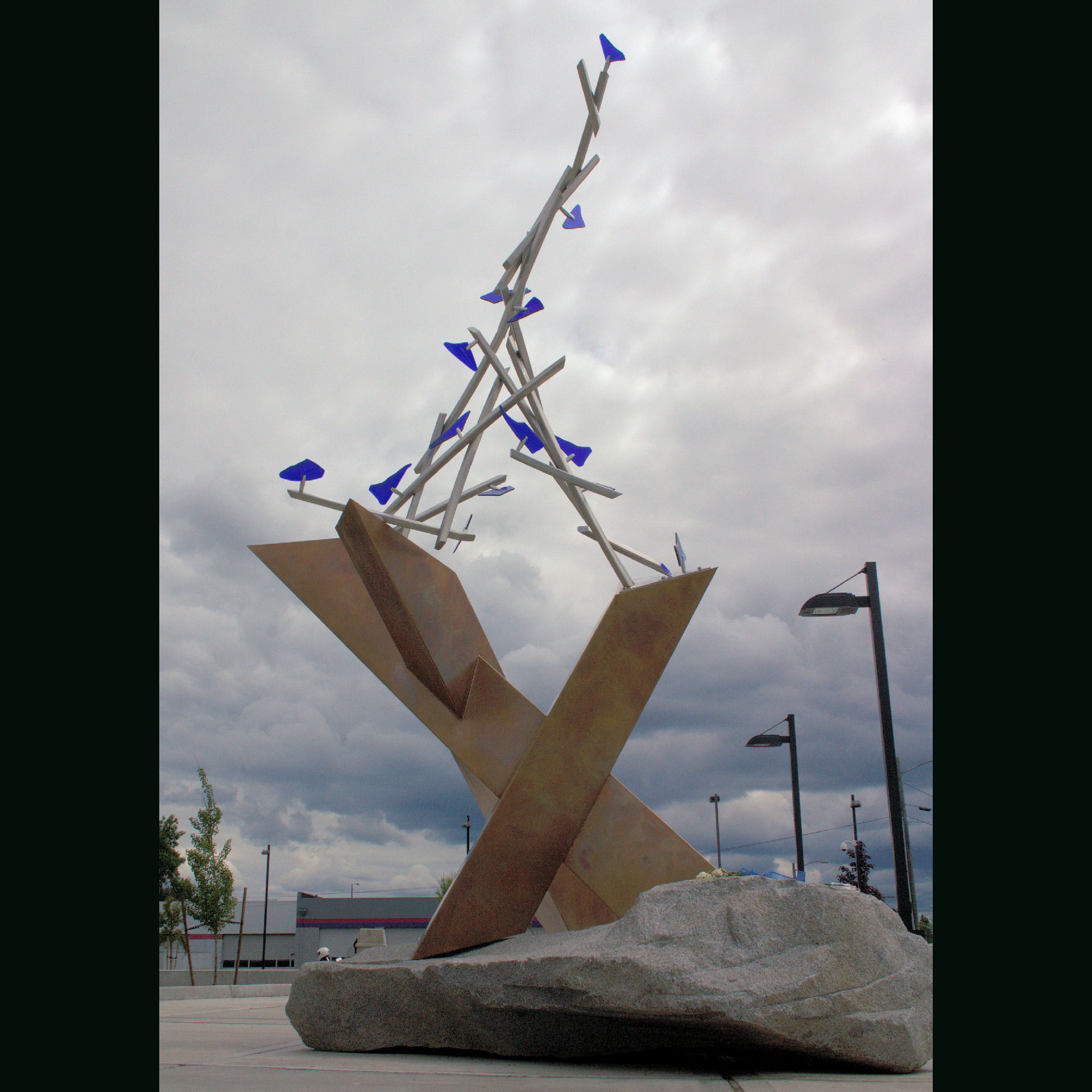 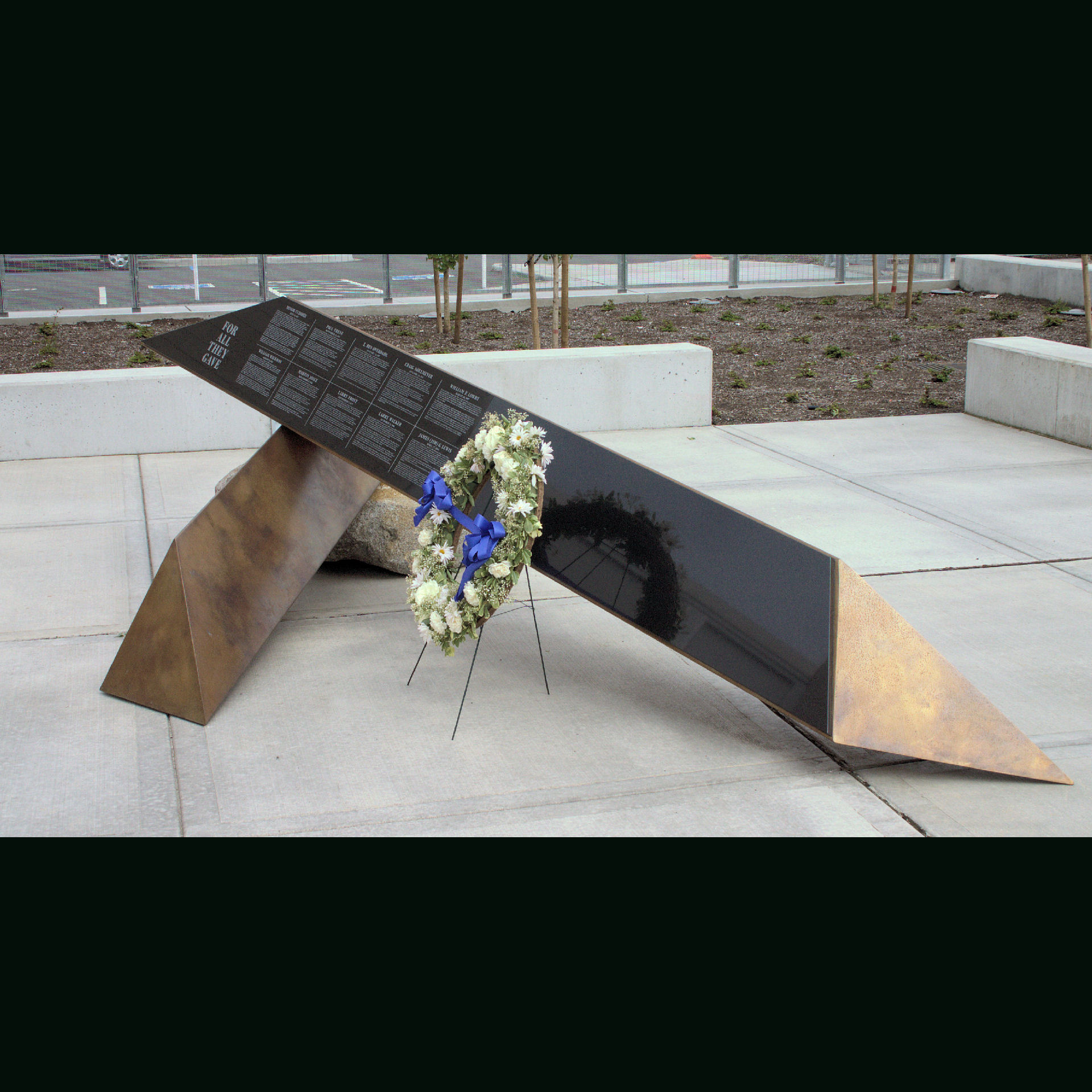 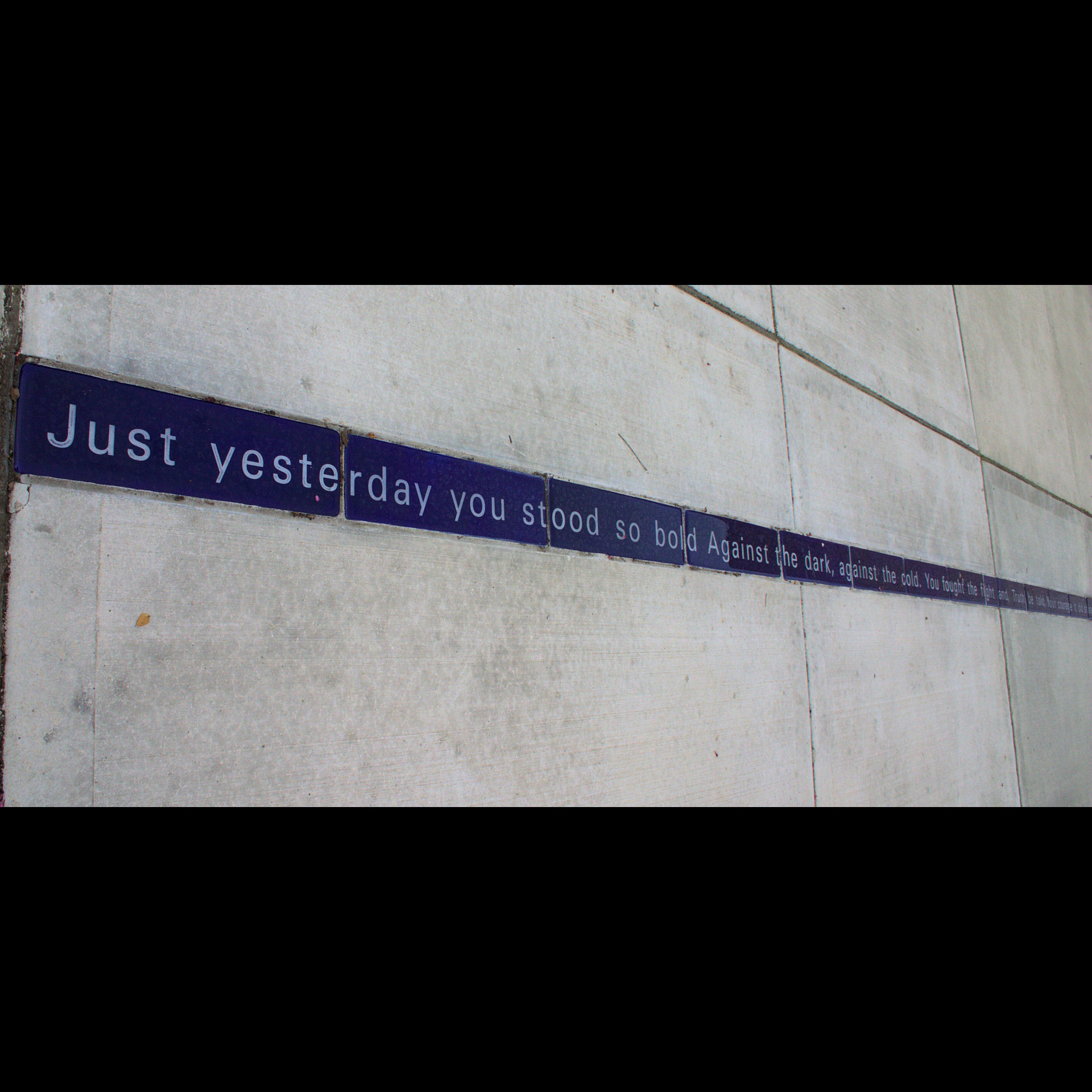 Initially, this project was to be contained to a “memorial courtyard” (Where the lower of the two sculptures is sited), but after seeing the model, they determined that they wanted the primary piece in front of the Headquarters, so I created a second piece for the courtyard. There is also a 100' glass line embedded in the concrete on which is a poem that was written by a T.P.D. detective. The primary sculpture is an abstract representation of someone holding their hands above their heads as the wind takes broken shards of “The Thin Blue Line” from them.

Upon the strength of my design, the constraints of the original concept were changed. Instead of simply using the 400 sf 'memorial courtyard', the concept expanded to take up 2,000 sf. The sculpture sited in front of the headquarters (along a main street), now acted as a way to attract passers-by into the visitor parking area (originally it would have been hidden behind trees). As viewers approached the sculpture for a closer look, the would encounter the 100' x 5 inch glass line. People walk along this line reading the poem and end at the memorial courtyard where they discover the 'fallen' sculpture. On this sculpture, are not only the names and dates of the officers who had been killed in the line of duty, but up to three paragraphs engraved into the stone telling the story of how each officer died... it was Very important to me that their Stories be told.

This was a massive collaborative project. Even before it began, I had to address the entire city council in order to get their approval... Not only were the Police Officers involved, but the department enlisted the assistance of the Tacoma Art Commission to consult. There was also a small group of concerned citizens; in addition, 2 widows of the officers were a part of the project. It was overseen by the U.S. Department of Justice. For the 100' glass line, I created a wholly separate 'call for writers' and created a 5-member team from the stakeholders to find a poem that could be engraved into the 'thin blue line'. We had to choose between 20 submissions and the unanoumous selection happened to be TPD Detective.

This was a Fabulous experience! I also got to work directly with the building's architect, landscapers, electrical/lighting professionals and 12 various contractors.