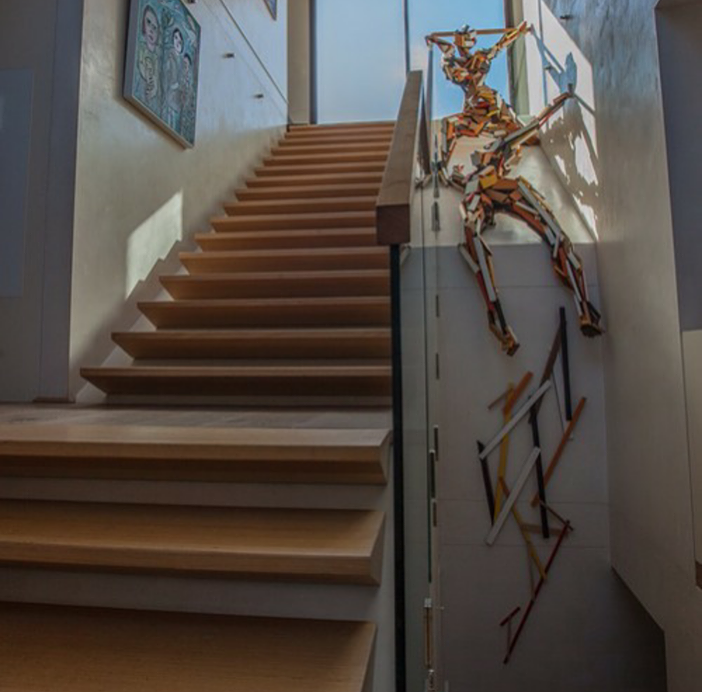 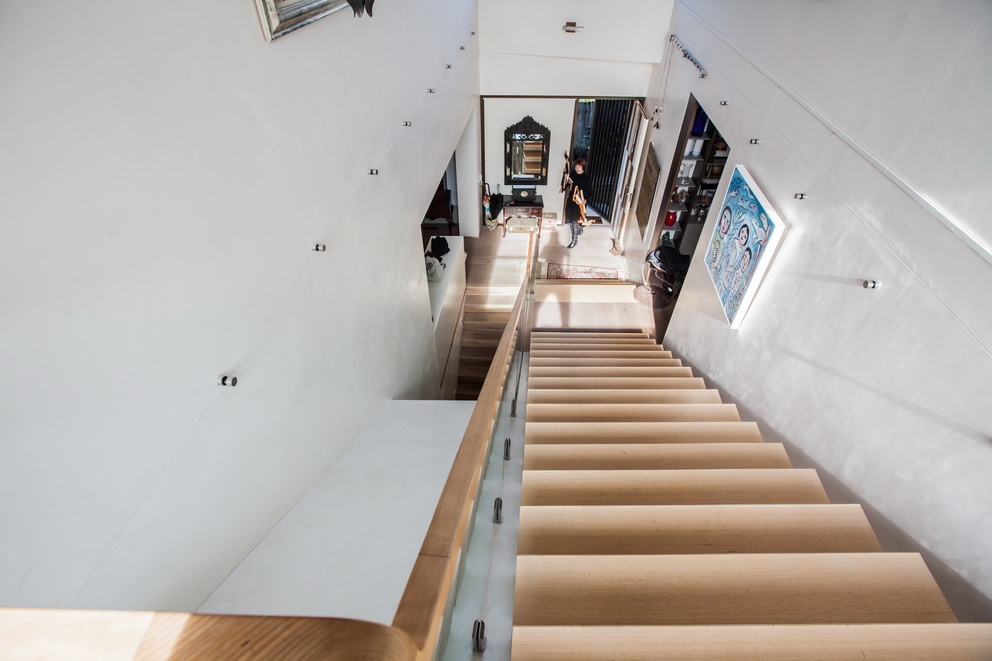 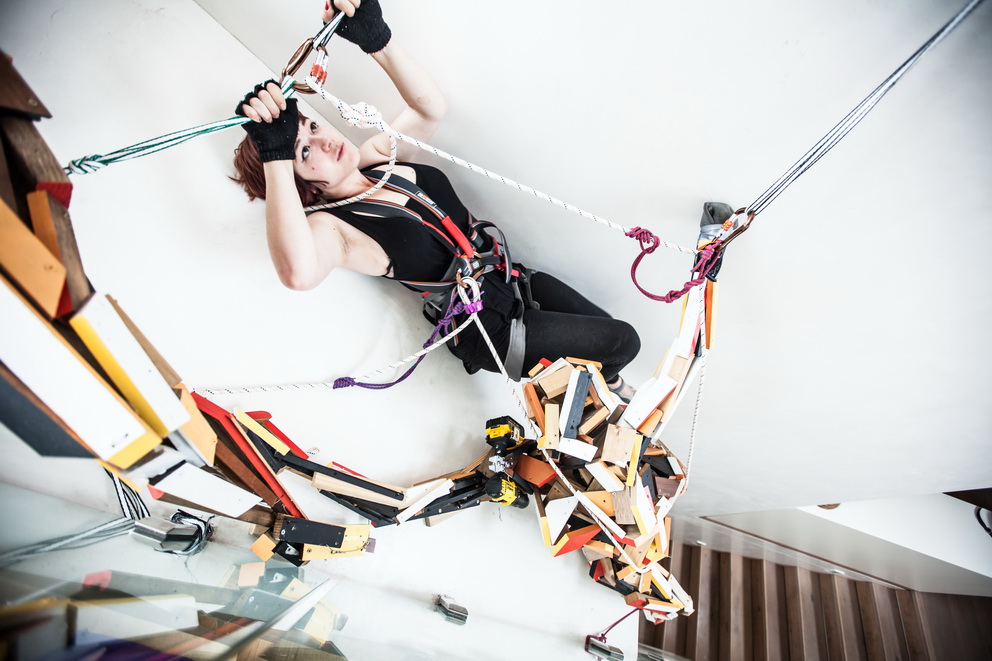 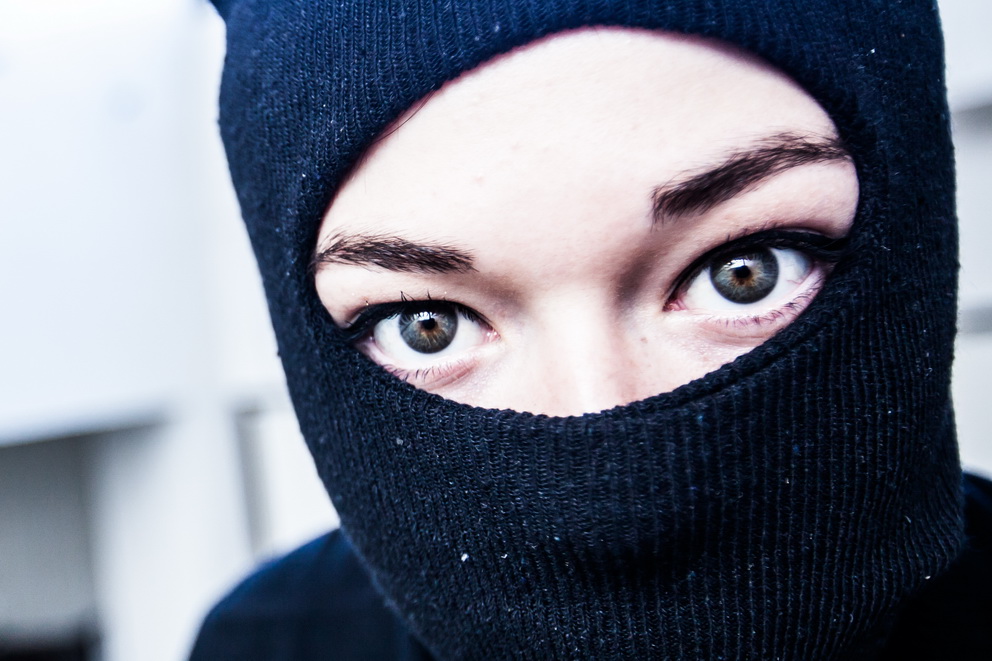 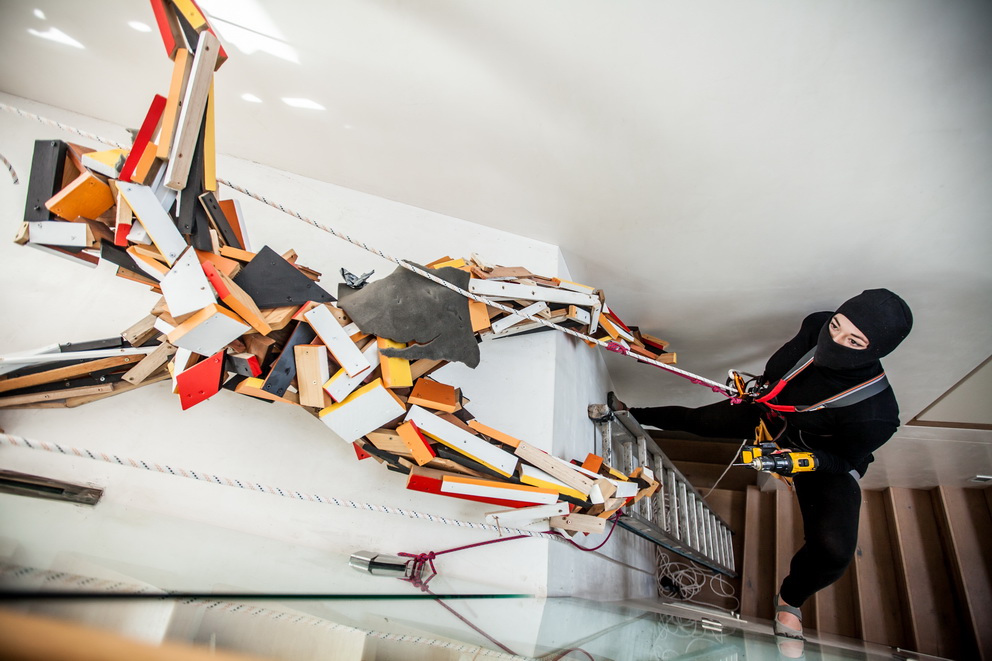 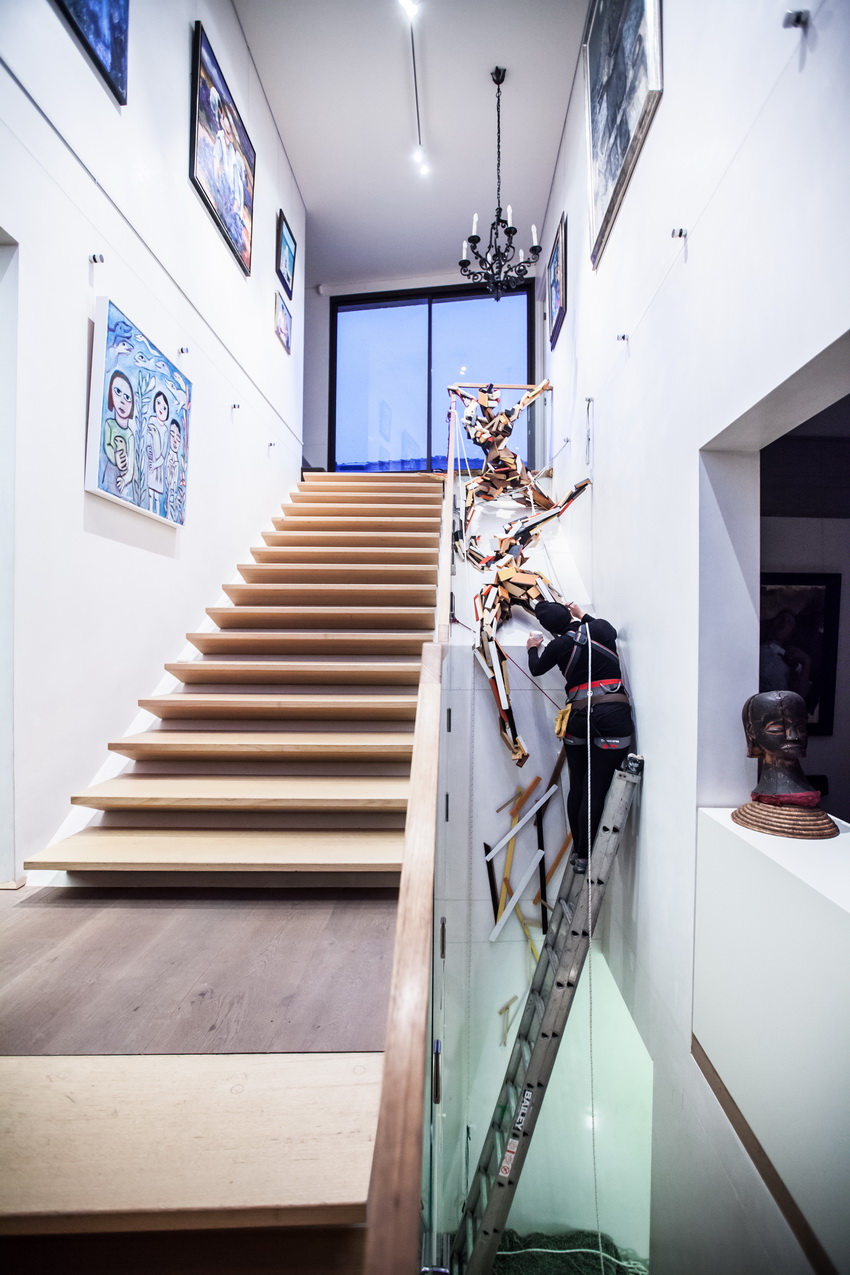 Created from recycled timber and inspired by the dramatic architectural space, Surpassing Fear is a site-specific sculpture installation that evolves around the notion of plunging into the unknown. In sculpture the physical evokes the emotional: The figures are captured in a moment of liberation where they have let go of any inhibition. Instead of fighting the momentum and gravity of their situation they two figures embrace it, letting creative, curious energy take hold.

The goal of this artwork was to respond to the unique architectural space of the stairwell. The client requested a creative response from the artwork, that would activate the space and provide a point of interest and excitement when visitors entered the residence.

The artwork depicts two figures sprawled in a trail along the sloped landing next to the staircase. The figures appear to be flowing with a current of movement created from the gravity of the slope. The figure at the top is in the first stages of letting go: he clutches the rail and keeps to the corner at the top of the slope however his posture reveals that he is about to launch himself into the momentum. Figure two shows full immersion and an opening up to the energy of creativity, she freely flows down the slope dissolving into an energetic scattering of timber fragments flowing over the edge and down the wall.

Poem:
Breaking free into creativity
The process of letting go
Of letting the mind and body loose
Liberation surpassing fear
They flow off the edge
Blissfully awaited
Into the unknown

Elyssa Sykes-Smith was approached by the client to propose an artwork for the welcoming stairwell in their Coogee based residence. Once the concept was proposed and accepted by the client, the process entailed working in collaboration with the client, the architect, and installation assistants to plan and install the artwork. A thorough site-visit was required to plan the artwork which included taking photos, videos and measurements of the site, and discussing the limitations regarding fixing elements to the site and access requirements. The artwork was pre-fabricated in the artists studio and then delivered to the site. The installation occurred over three days with a team of installers as it required meticulous work onsite to install and integrate many of the sculptural elements. The client was very satisfied with the outcome of the work.