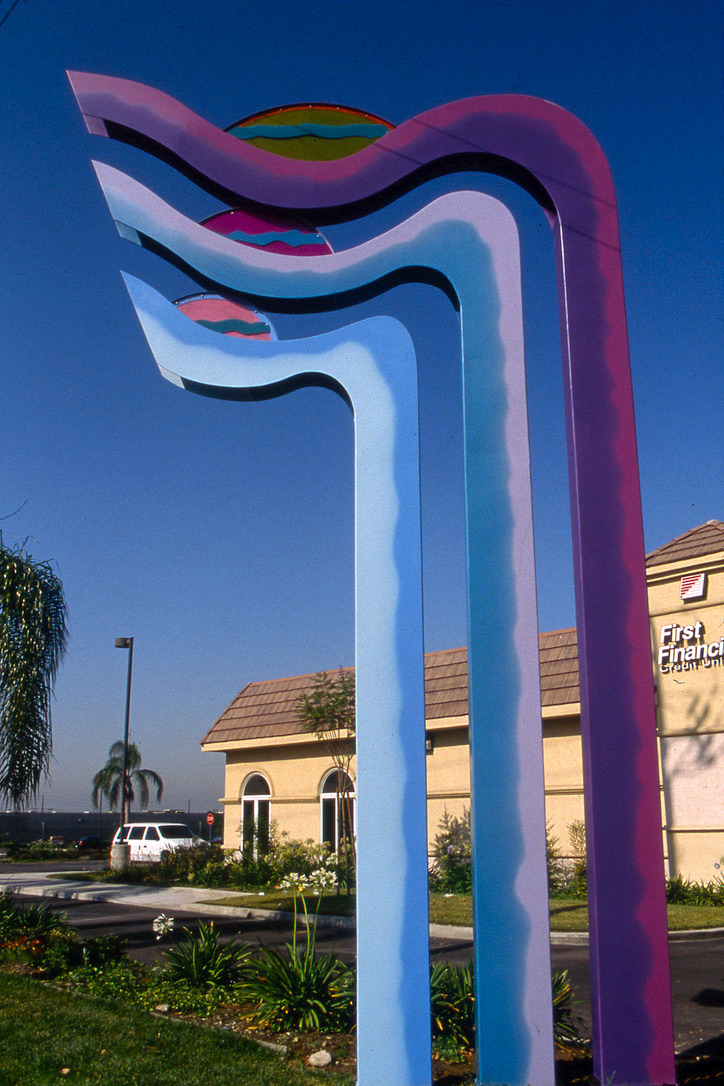 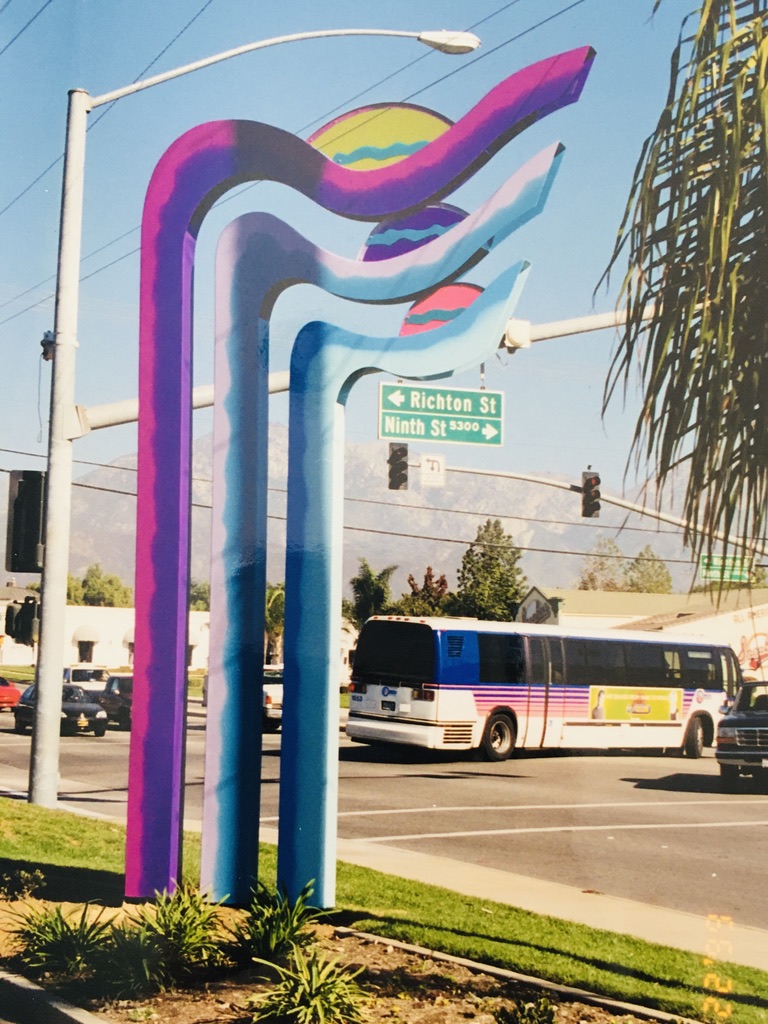 Client: The City of Montclair, CA.

The City Manager had seen my monumental sculpture made for the City of Rancho Cucamonga in conjunction with Lewis Homes. He and his committee had put together funds for a welcoming sculpture that would reflect the city’s identity. I was invited to do a presentation and my proposal was accepted. I then worked with people in the city in refining the concept. The result was a Painted Aluminum sculpture 20 feet tall with a span of 13 feet. It stands at one of the main entrances to the city and creates an oblique, colorful echo of the overlapping mountaintops of the range of mountains that rises to the north of the city.

To create a welcoming, identifying artwork at the main entrance to the city. It also establishes a sense of the sophitication and cultural ambiance of the city.

I presented the proposal. After it was accepted I worked with several of the people from the city, the city engineer etc., and my fabricator.