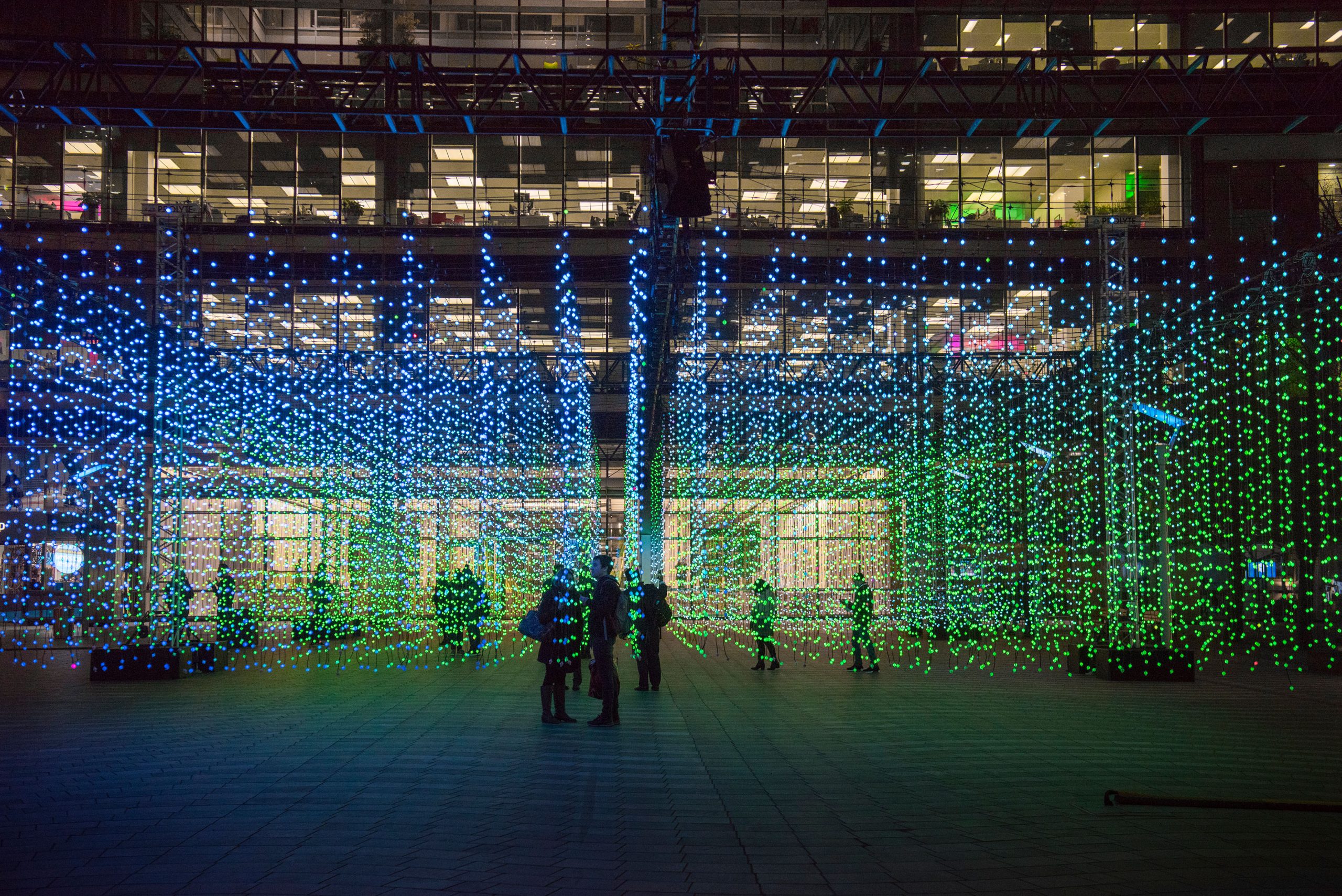 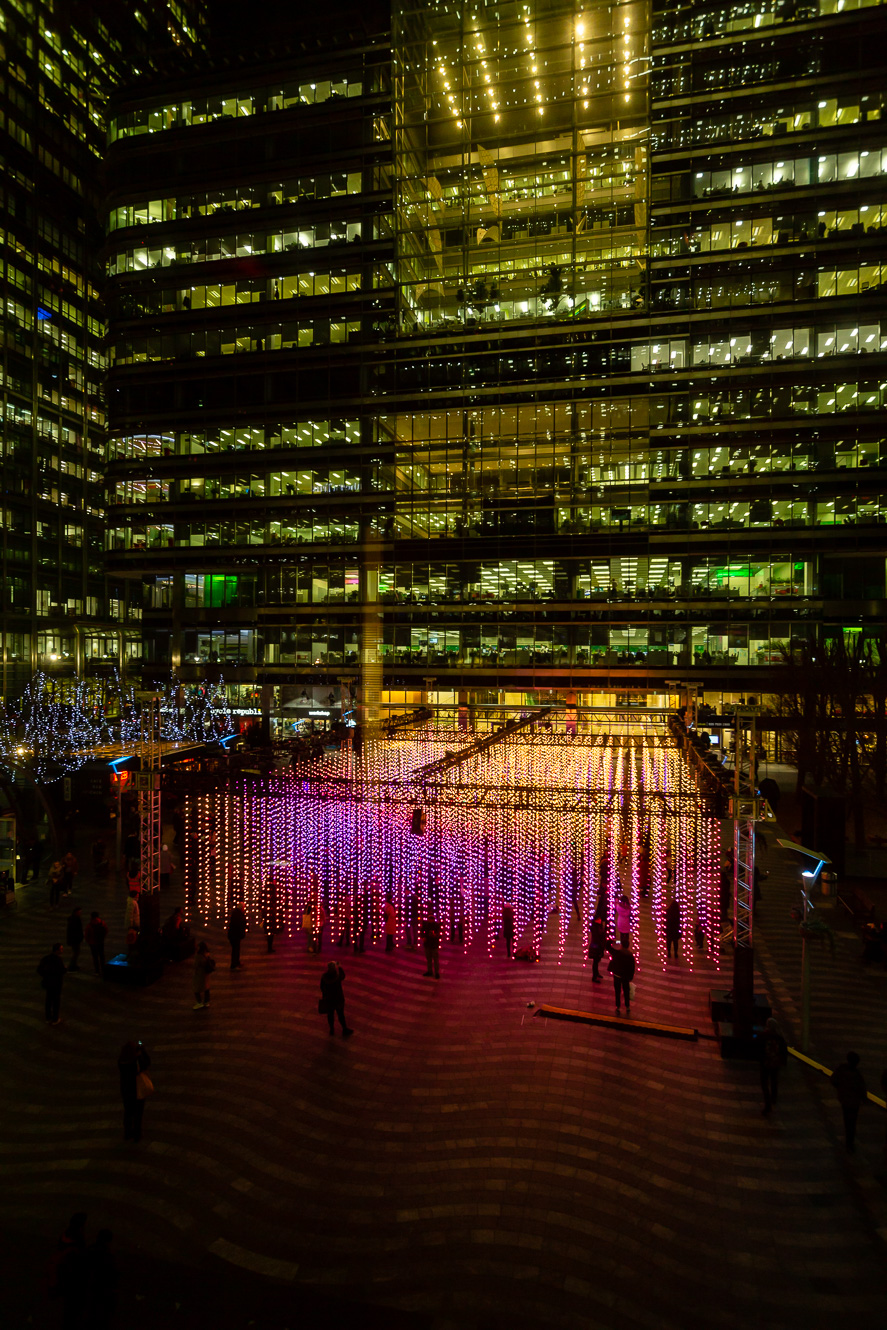 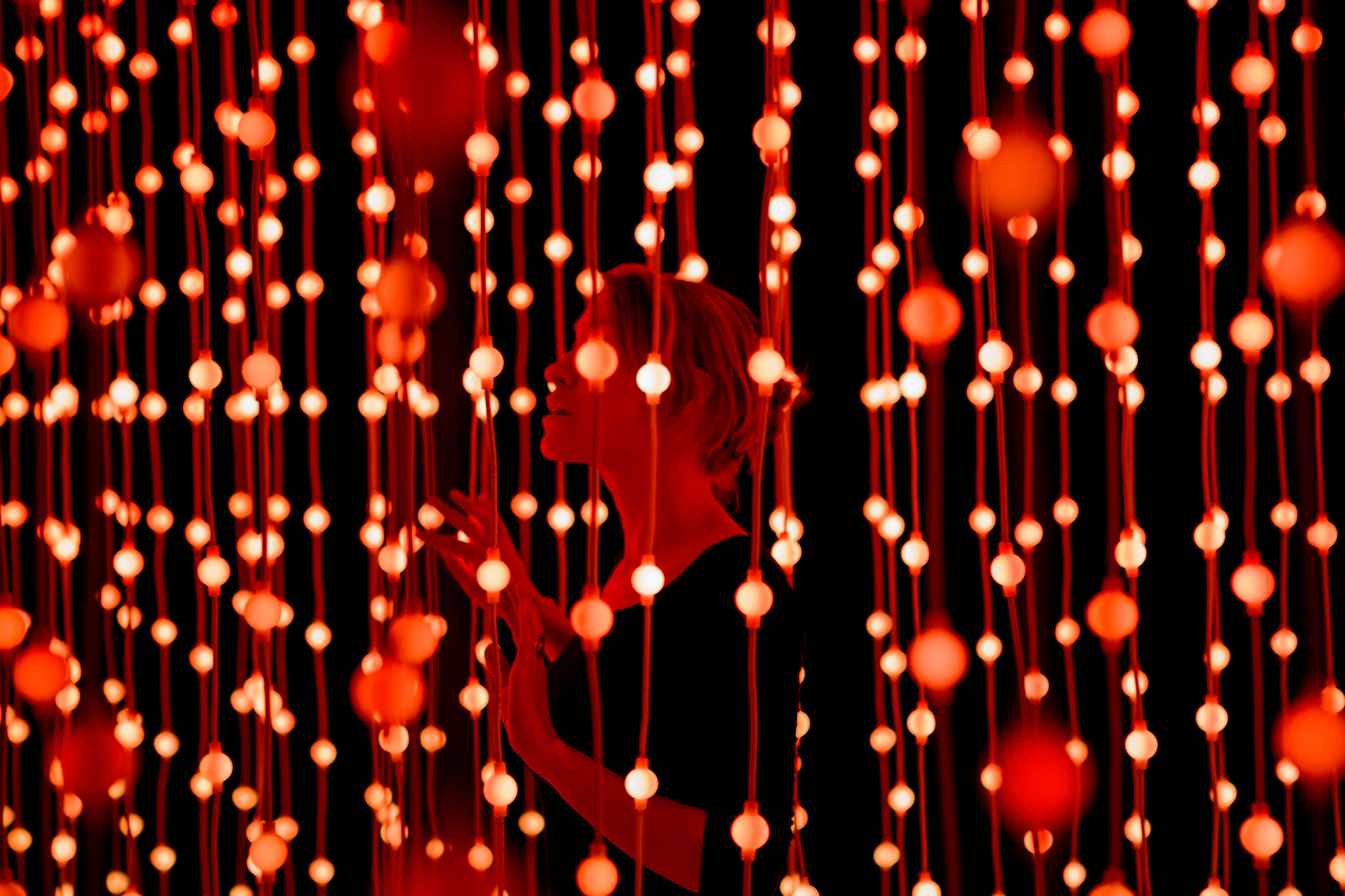 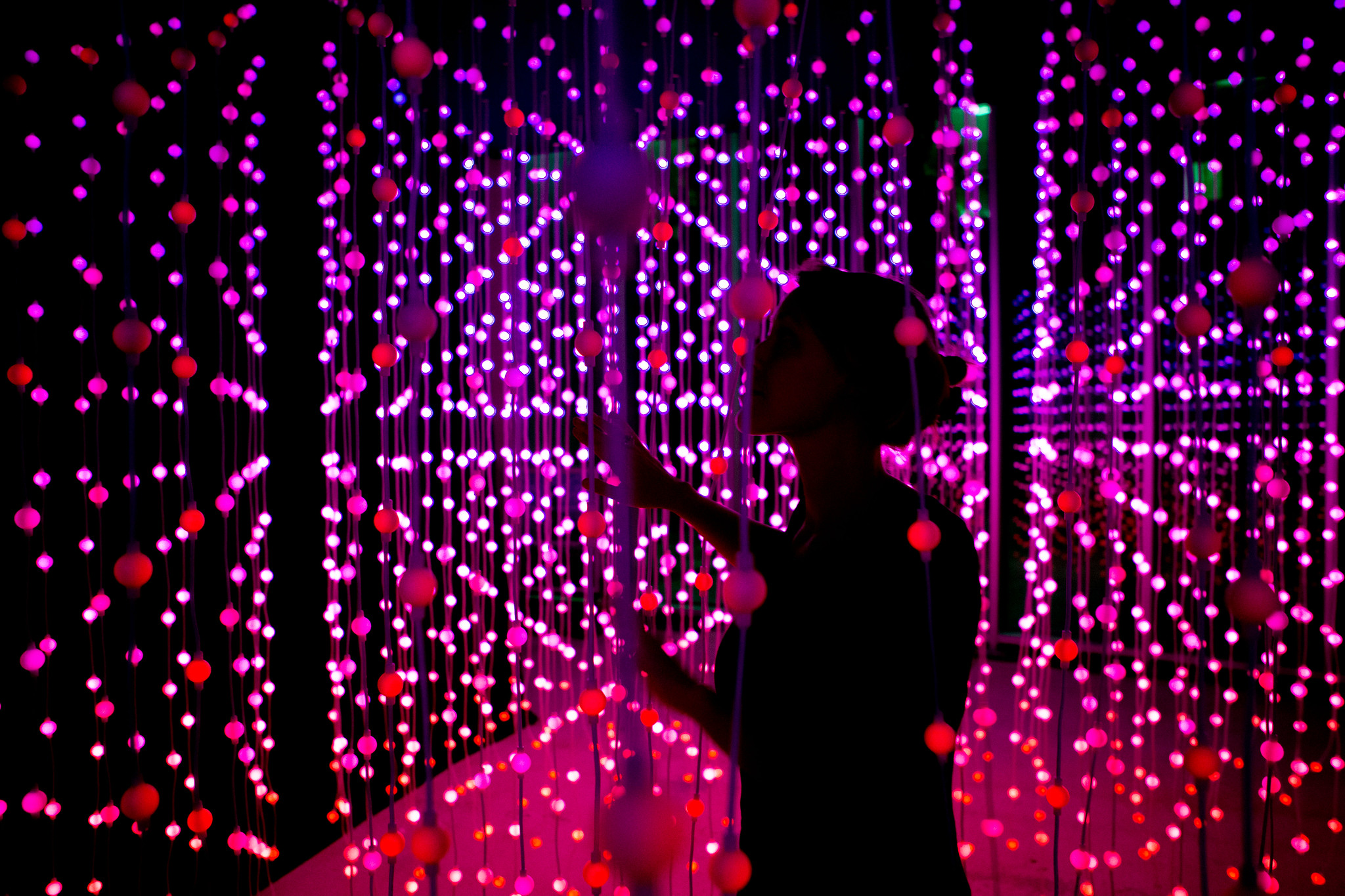 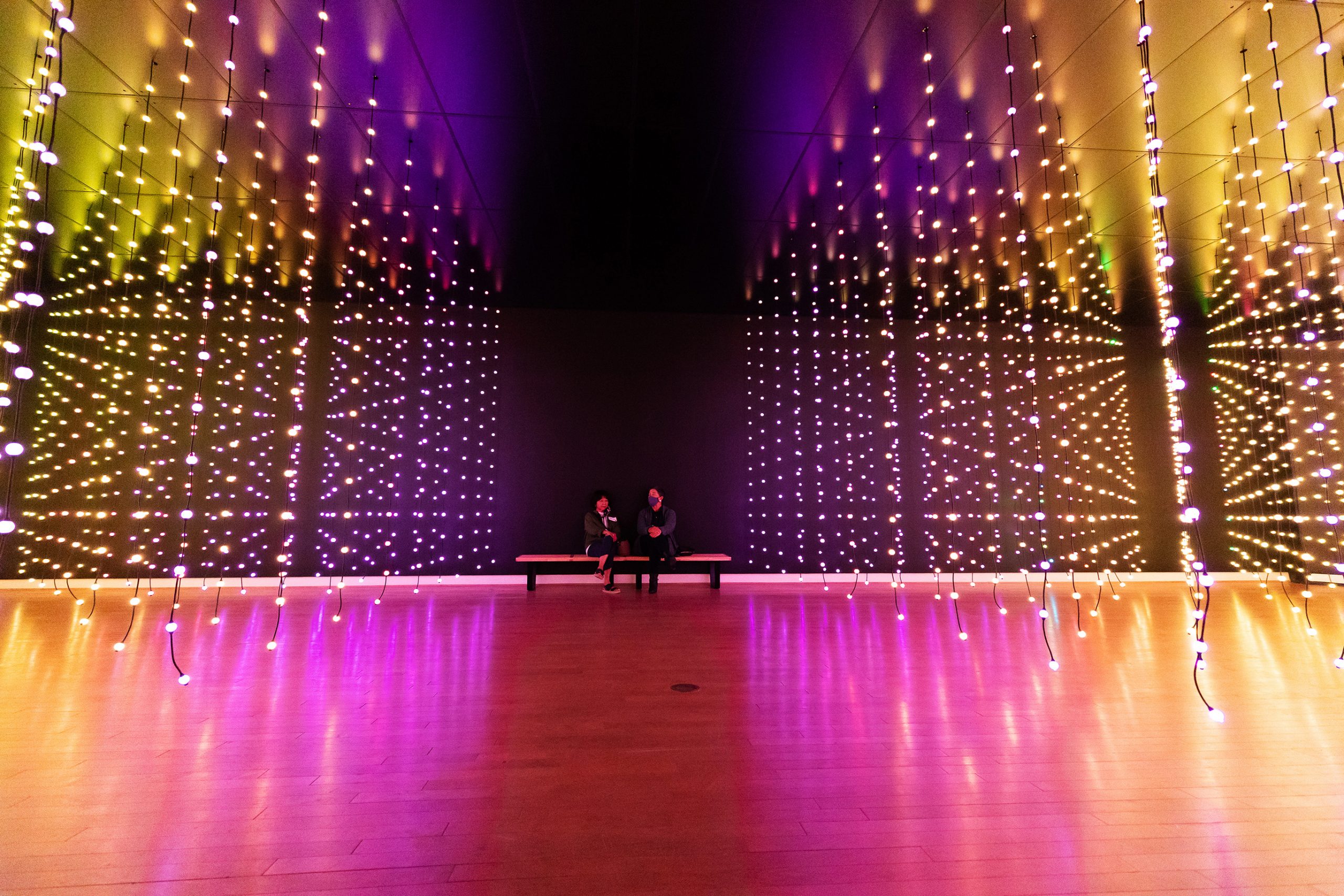 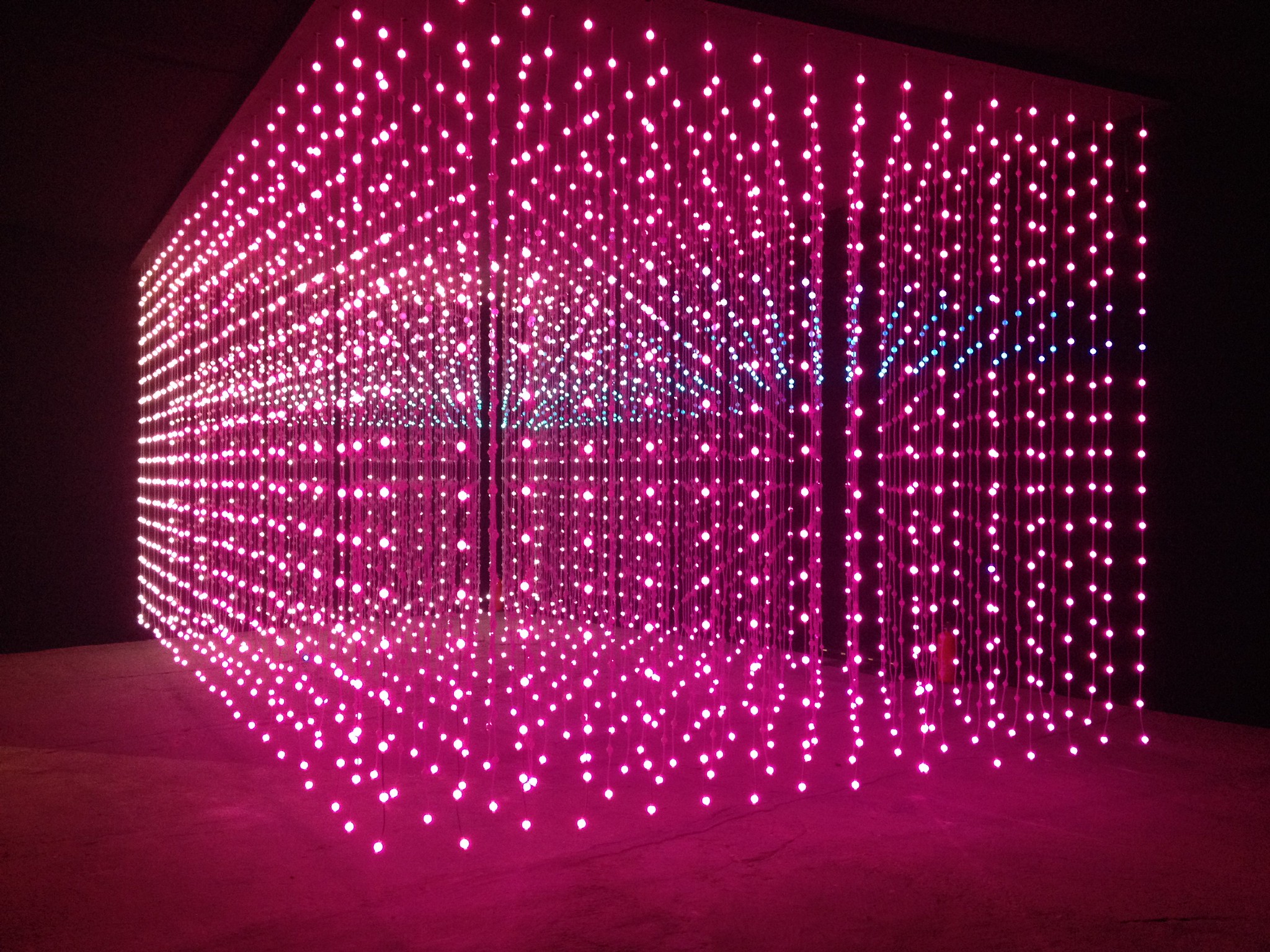 Submergence is a large, immersive, walkthrough experience. It can be installed indoors or out, and uses many thousands of individual points of suspended light to create feelings of presence and movement within physical space.

The installation transforms space into a hybrid environment where virtual and physical worlds coincide. As you enter the piece, you are walking into a space occupied by both real and virtual components, and you can affect both.

The piece moves through several movements, creating a semi-linear 12 minute piece. In its entirety, an abstract narrative is formed with a gradual increase in tension, building to a final climax. Each movement has its own elements, atmosphere and responsiveness. They are also all open to one’s own interpretation.

Submergence has been exhibited over 70 times in a range of sizes and forms across six continents since 2013.

Exploring the creative possibilities of using arrays of LEDs to transfer digital architectures, forms and presences into physical space.

The work was initially shown in January 2013, and has been iteratively developed since for a broad range of locations and events, both indoor and outdoor, from art galleries to public space activations, festivals to live musical performances.