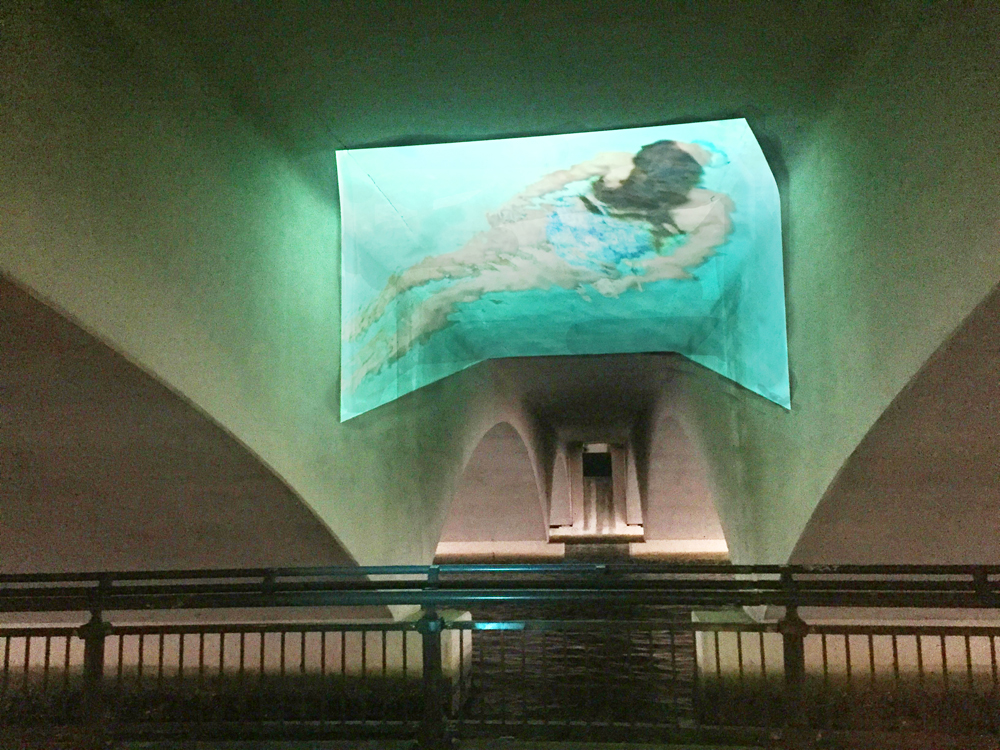 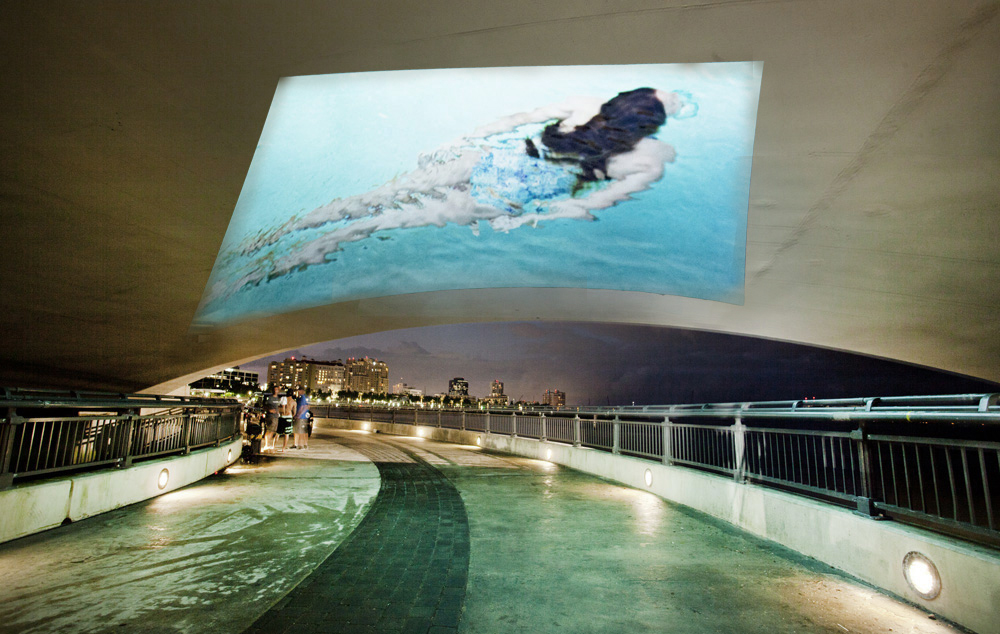 Submerge Video Installation was created for the City of West Palm Beach, A Public Art Project for Canvas Outdoor Museum. Artists were selected from around the world to paint on the buildings throughout downtown area. Cheryl Maeder was the only artist that was selected to exhibit a public art video installation. The film was projected under the Royal Park Walkway illuminating the arc under the bridge walkway. Subsequently, Submerge, the video installation, became embedded into the natural environment creating a multi-dimensional work of art.

It was very important that Submerge VIdeo Installation be projected under the Royal Park Walkway which is the bridge connecting West Palm Beach to Palm Beach. Submerge was projected under the bridge archway integrating the video installation with the surrounding natural environment . The audio of water sounds in Submerge Video Installation mirrored the sounds of the waters separating West Palm Beach from Palm Beach Island. This created an interactive, sensory & visual experience for the viewers merging Art & Nature.

Submerge explores the relationship human beings have with the environment, both in the personal and the universal context. We are not separate from the Earth. The human body contains 70% of water fluids and the oceans waters cover more than 70% of the Earth itself. Water represents our connectedness to the Earth and to each other. Submerge is the courage and willingness to take the leap into the depths of the Waters of the Soul.