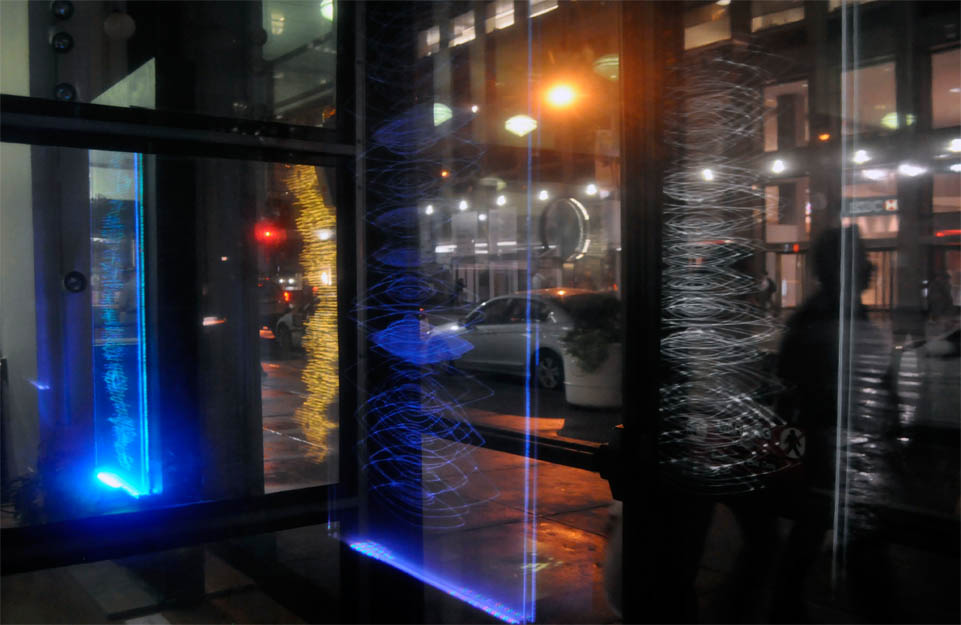 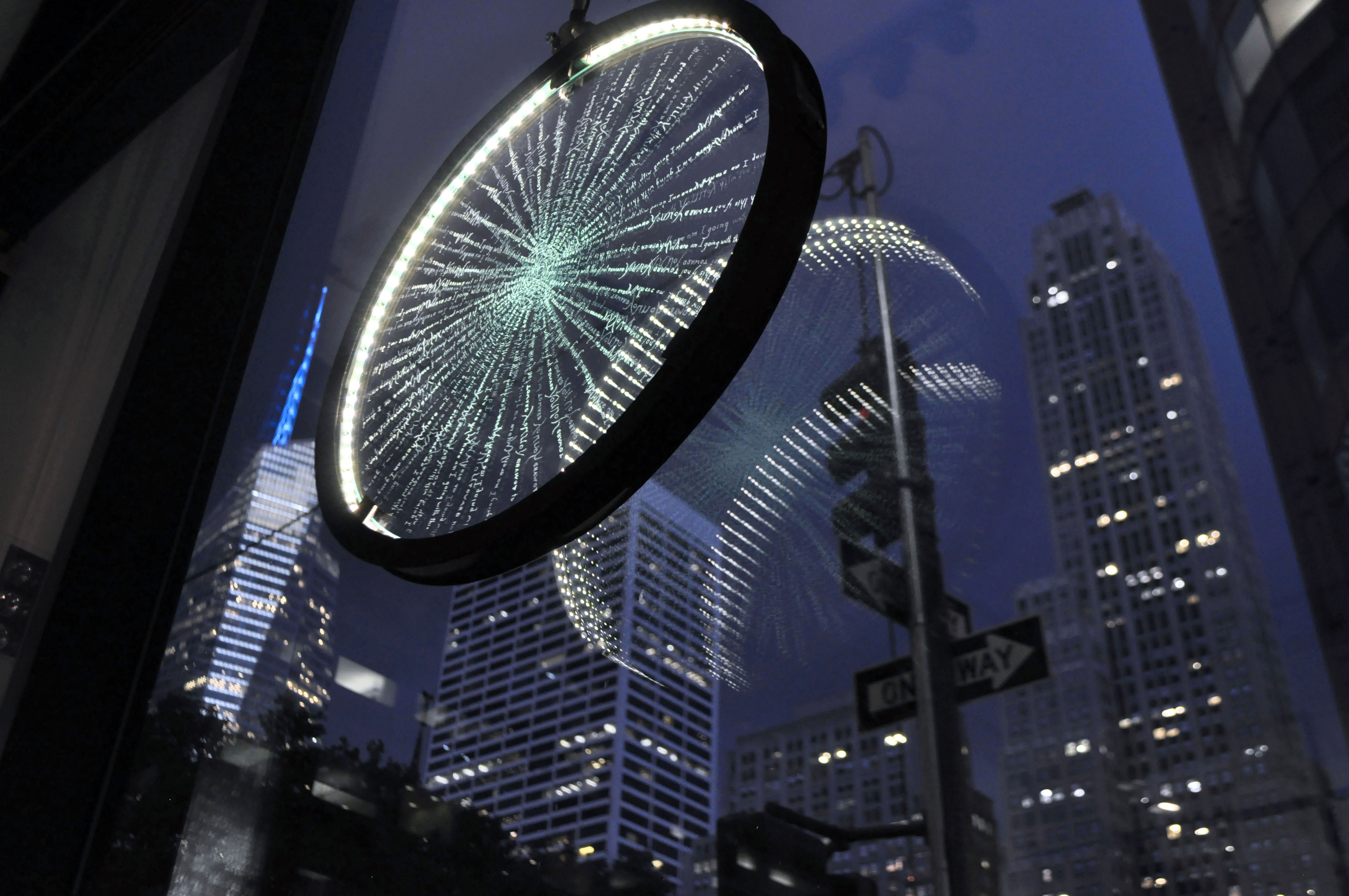 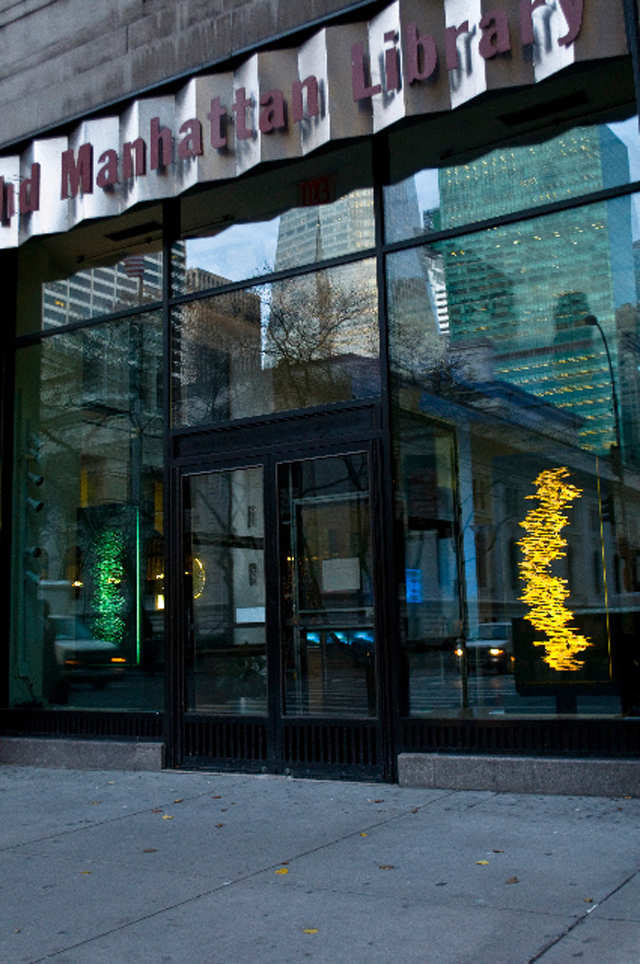 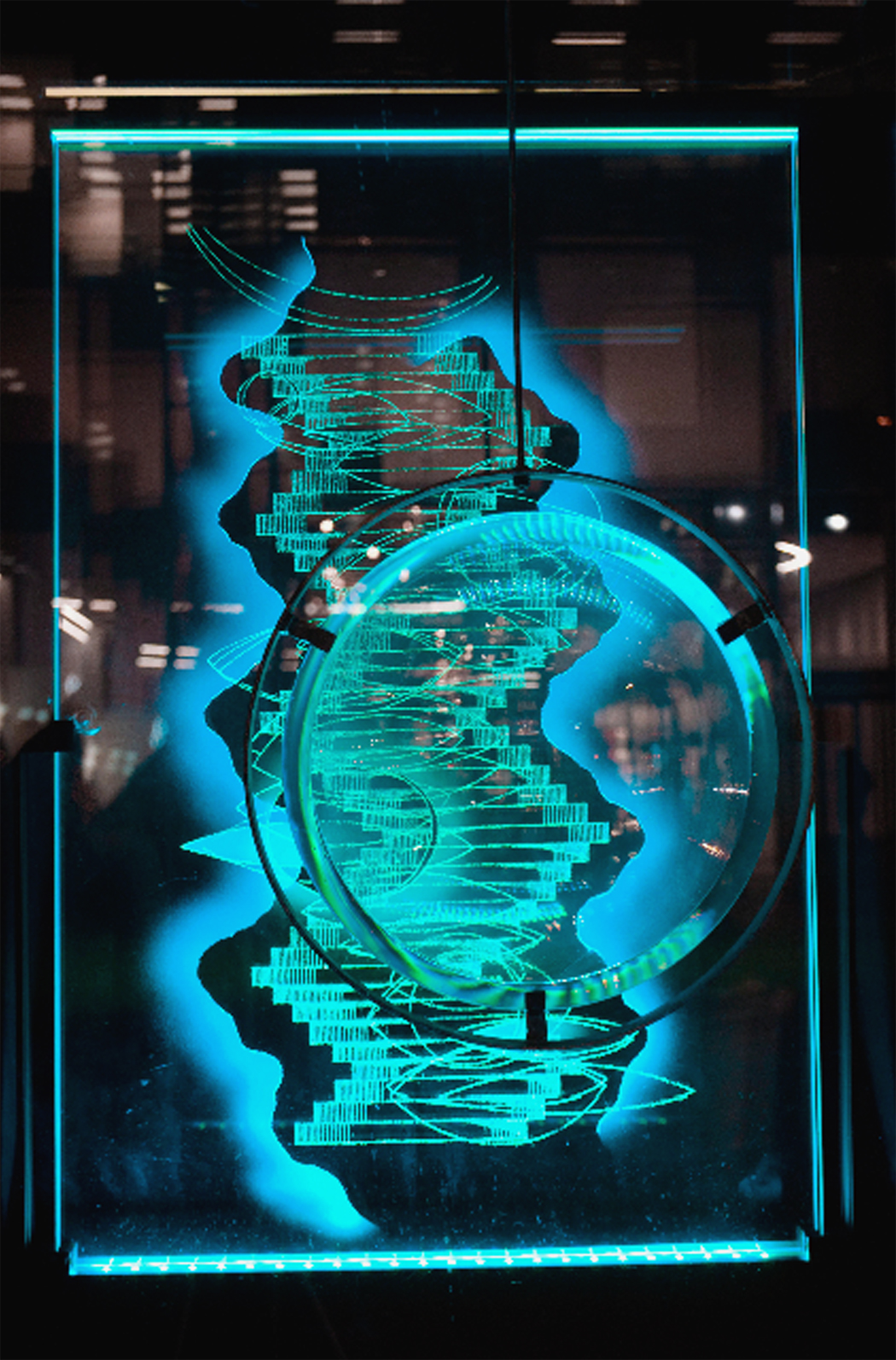 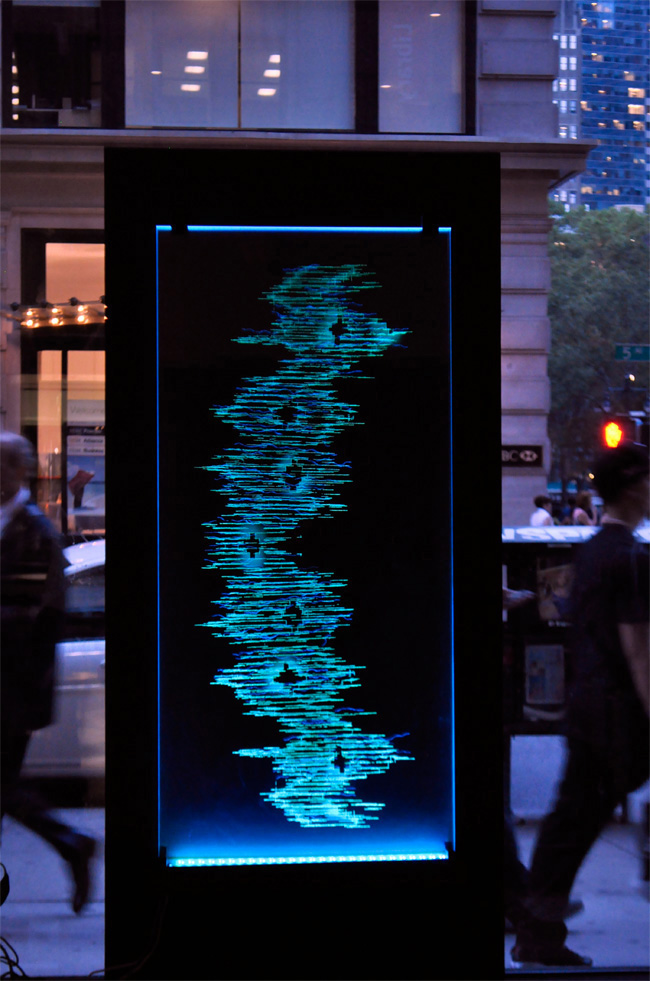 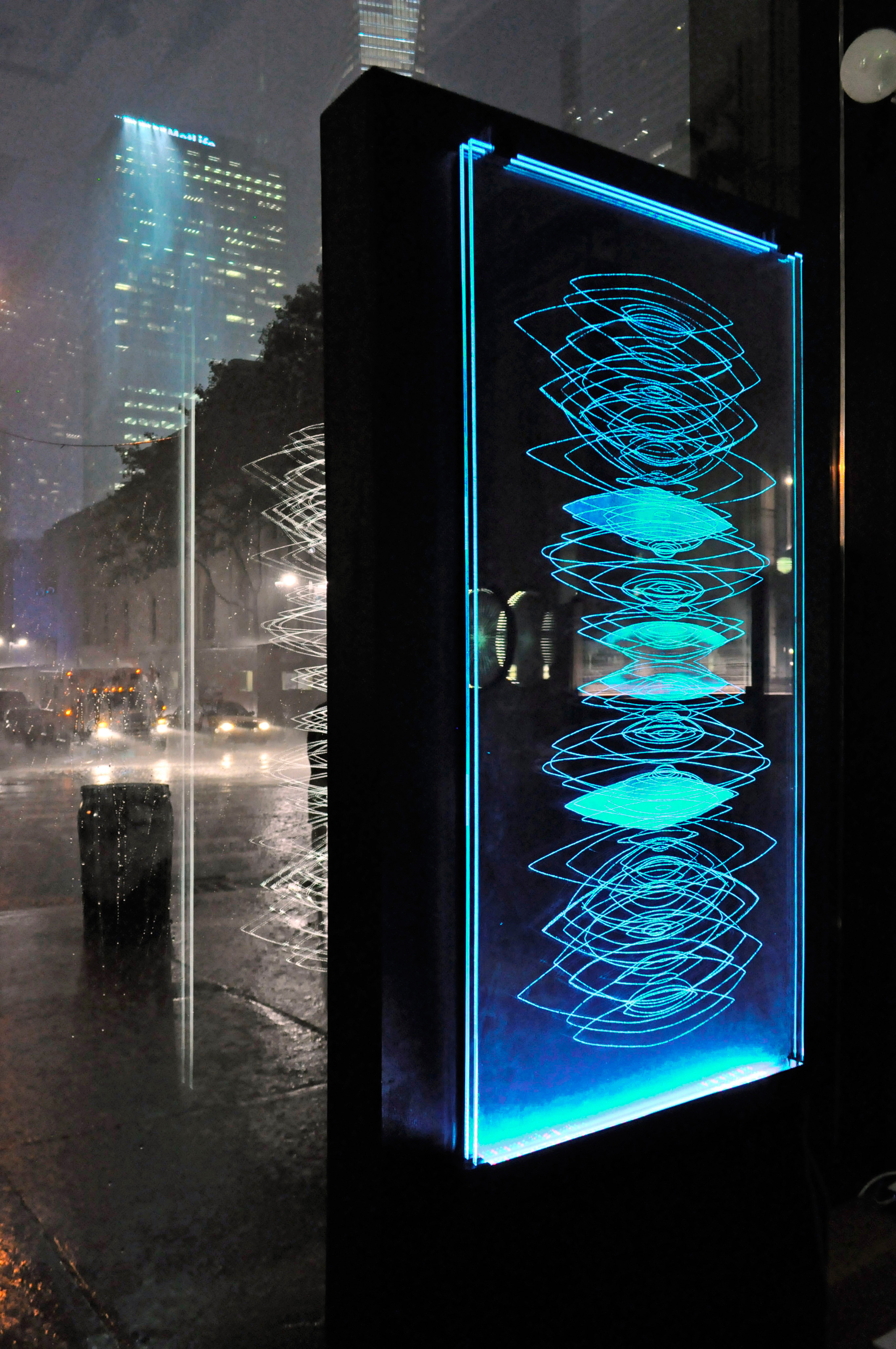 This was a 6-month, multi-piece site specific installation celebrating the 100th anniversary of the New York Public Library, which was installed in NY's art library across the street. The exhibition was spread over 2 floors and 3 sites, but the major site, where most of the work was located, was corner reading room. Glass, light & steel art was placed in the extensive windows wrapping two sides of the room. The project called for illuminated work that would be visible both from the streets (5th Ave & 40th St .) and within the reading room.

The project was an art exhibition which needed to be integrated into already existing spaces. Most of the work was to be placed in the extensive windows of corner room, visible from both streets and within the reading room itself. In most cases, LED-illuminated art was placed in the windows so that viewers could look through the work, either out into the street or into the reading room, depending on their location. In the front windows (on 5th Avenue), 2-sided work was created, using roughly the same image. The pieces facing the street were etched onto an opaque surface and lit from within a lightbox (to keep reflection from the street to a minimum), whereas the pieces facing the interior were etched onto glass. The opaque pieces were reflected in the windows so that those sitting in the reading room could see both sides of the 2-sided pieces. There were also two window display cases alongside the entryway (adjacent to the corner room) on 5th Avenue in which two etched glass & LED pieces were placed.

The collaboration consisted of an artist (me), designer and photographer, Suchitra Van, Peter Houk for glass etching, graphic designer Nette Gaastra, and Katy Martin (for digital imaging and prints). Arezoo Mohseni is the curator at the library. The LEDs were provided by Norbert Tai at SGF Associates. Once the work was created, the artist & designer developed strategies for displaying the work (some was suspended, some on steel stands, some on lightboxes, etc.), and for situating it in the spaces so that the room and windows would come alive with light and image.