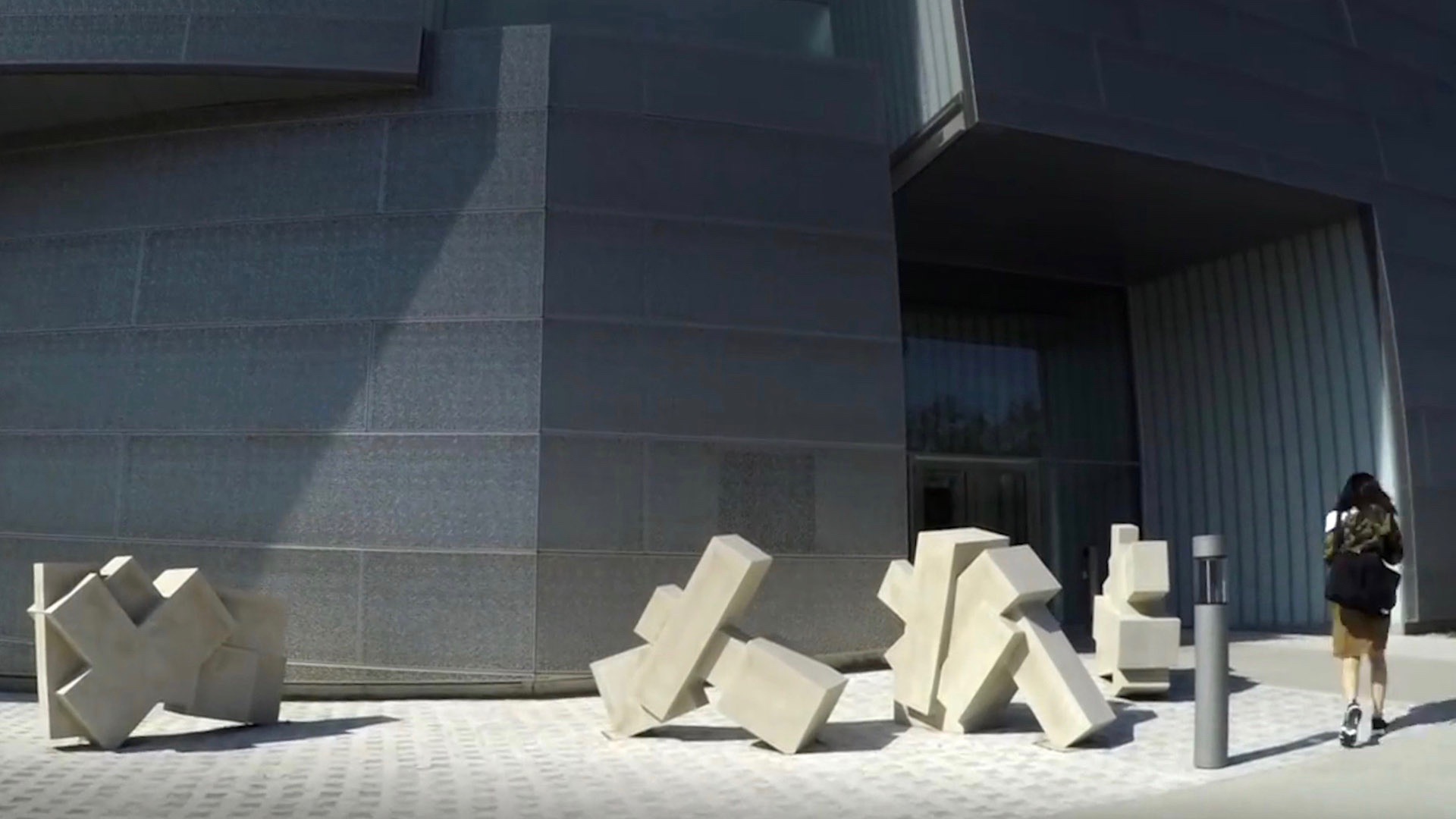 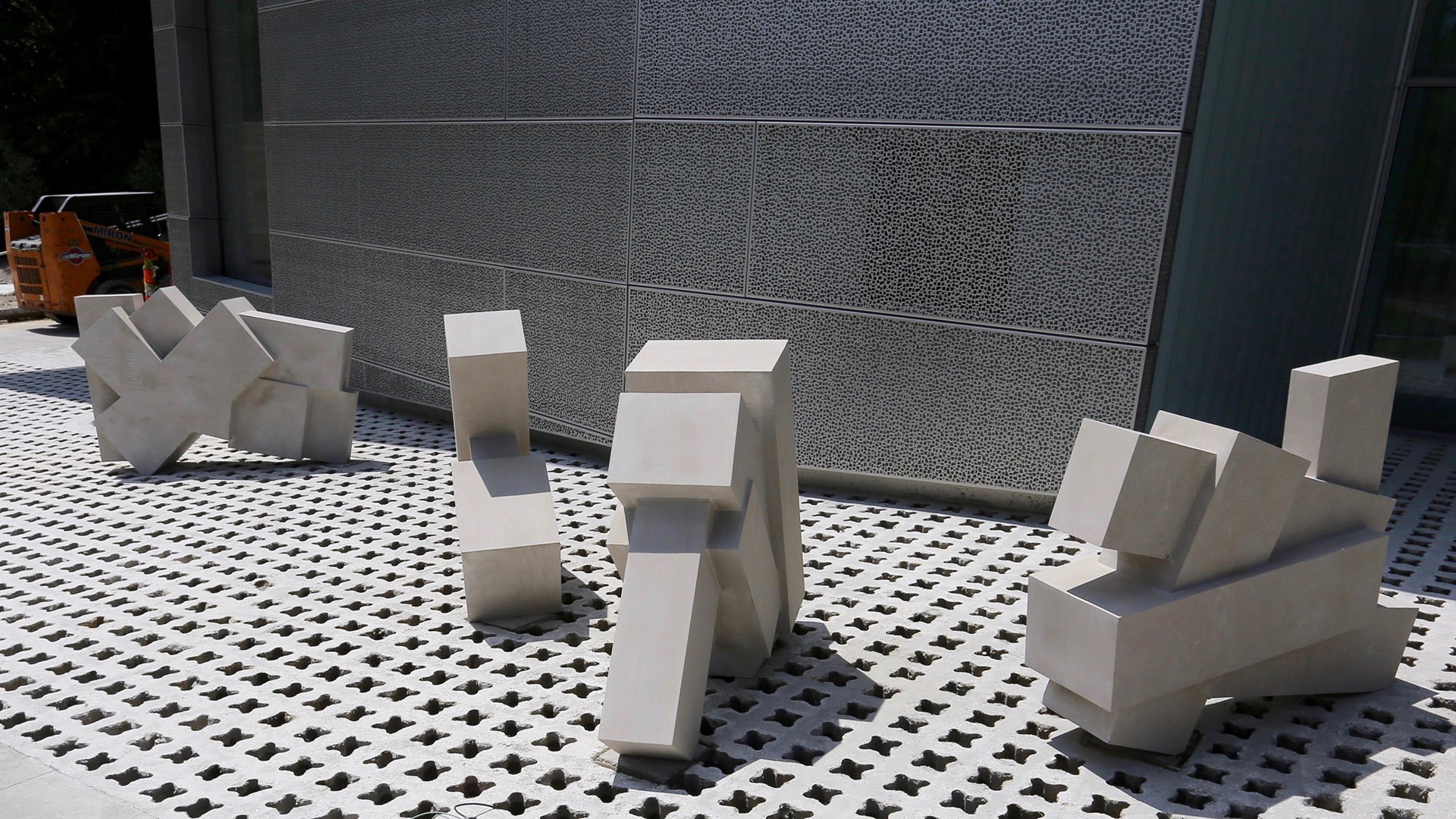 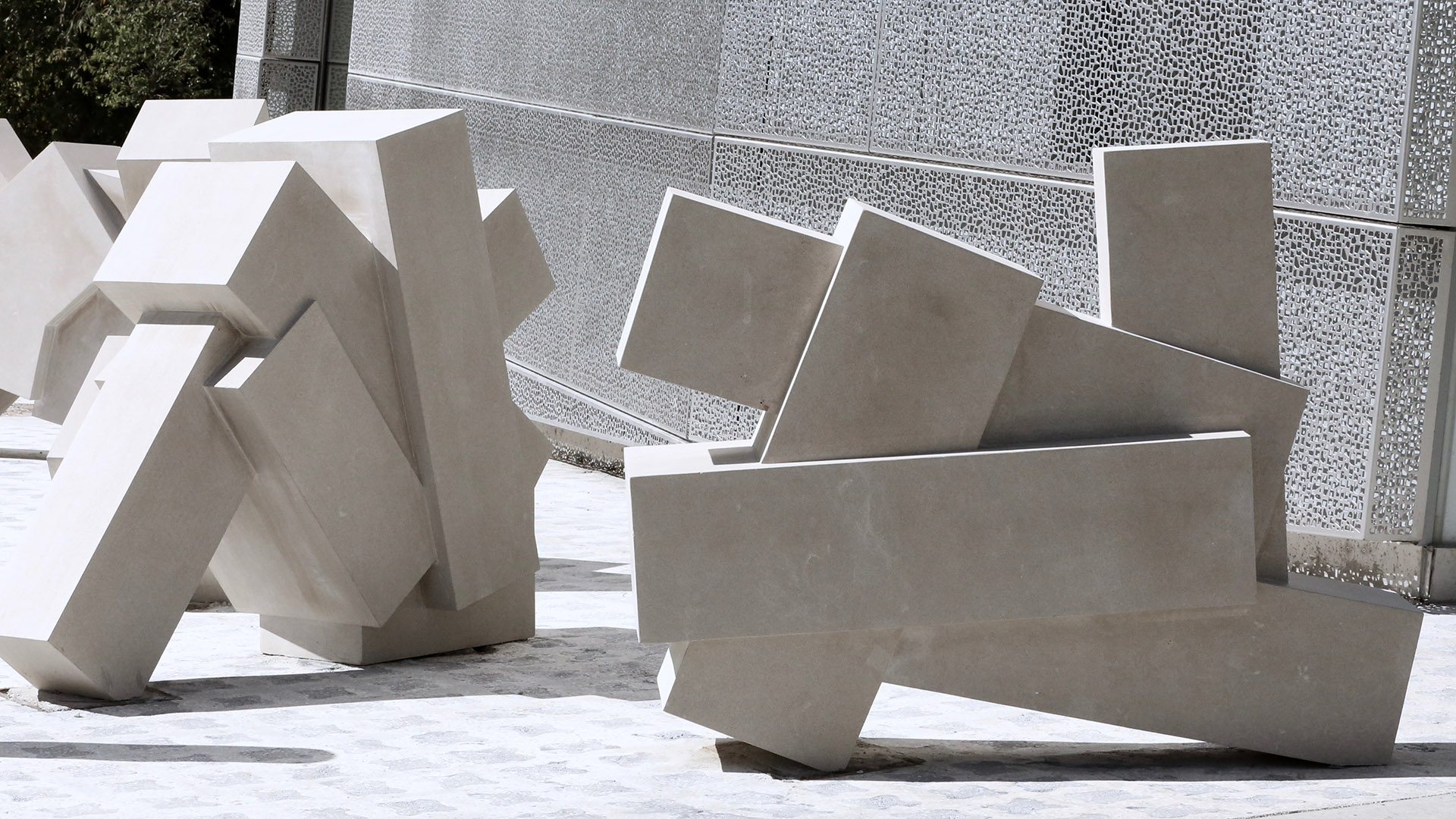 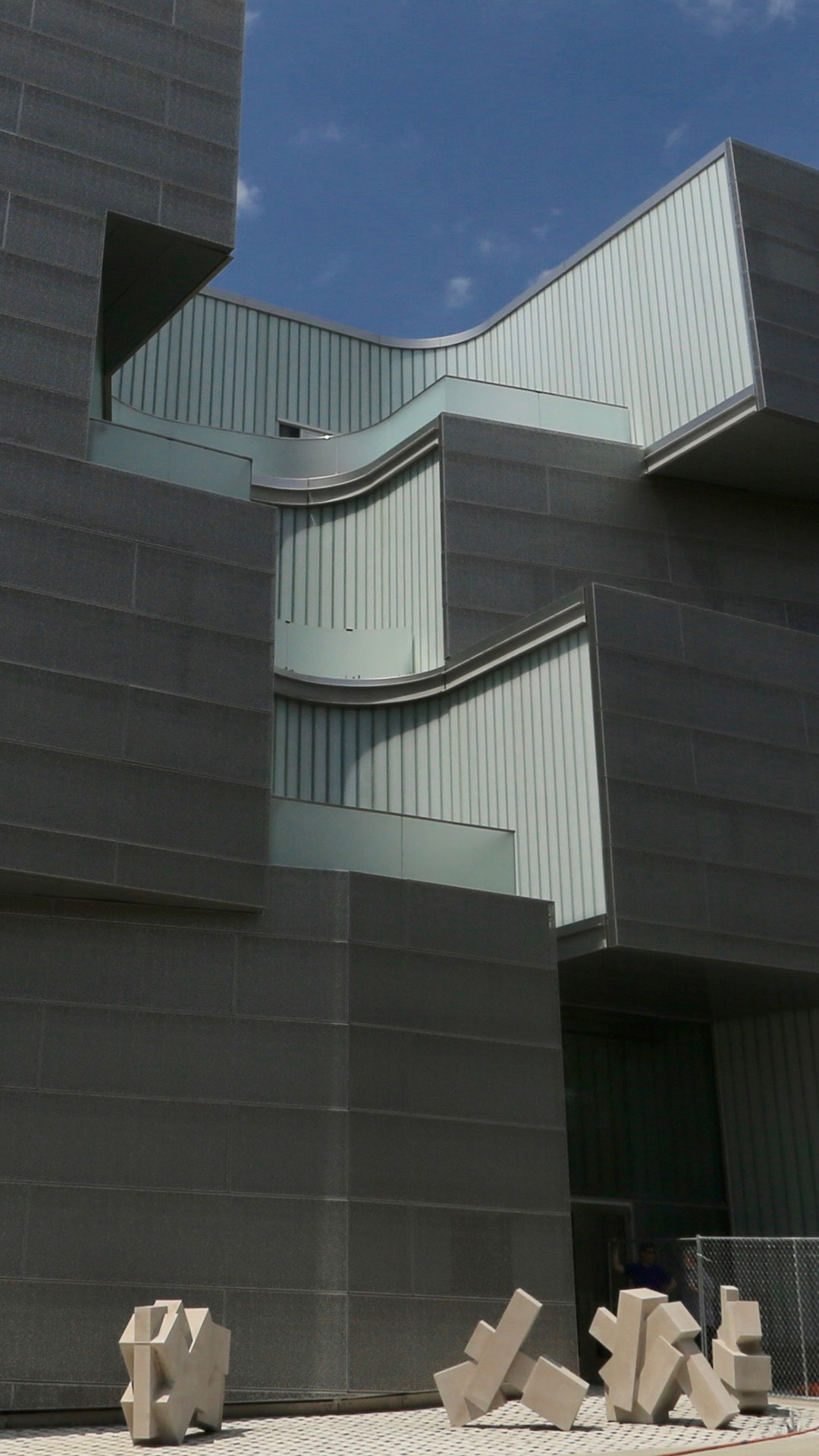 The University of Iowa needed a permanent artwork installed at the entrance to the new Art and Art History department building to replace the 1935 Art Building that was heavily damaged by the Iowa River flood in 2008. The four asymmetrically placed limestone objects that comprise Stone Motorcycles establish both an inviting informality and scale for the building entrance. They do so by visually referencing the many connections to the world of things. As a collective they offer the possibility of multiple visual narratives and are meant to anchor the viewer to the site.

The University of Iowa was the first to bring artists and scholars together in an academic context in the 1920s. This “Iowa Idea,” became the model for many arts programs around the nation; its goal was to train artists within a liberal arts environment combining studio courses in the practice of art with the history and theory of art.
This new Art Department building that is directly adjacent to and northwest of Art Building West that Steven Holl Architects completed in 2006 is vertically volumetrically composed to facilitate a maximum interaction between all departments of the school in keeping the University’s philosophy. Stone Motorcycles uses language-based volumetric forms composed of a rectangular grouping that together creates a whole that is in effect a collective multiple as described by the University building.

In working with Steven Holl Architects it was important to establish an appreciation of our common interests in spatiality, light, disposition and intensity that is the conceptual ground for Stone Motorcycles. The installation of the artwork in front of the SHA building constitutes a deep and complex series of interlocutions, in spatiality between artwork and the SHA building, which brings to light the similarities. The variably defined structures draw out the deep affinities where form, description and cognition are coextensive, and this collusion produces what one might call a poetic uncanny.

While the appearance of Stone Motorcycles is first as an illusive play of surfaces and shadows, it is also an effect that operates at a deep somatic level, concerning the orientation of the object in space, the visual sensorium, the cognitive gestalt of pattern-recognition, and a variable and consequential range of literary, artistic, and descriptive allusion.

Three-dimensional contours introduce us to the possibility of narrative through a constant succession of forms, linked to a contingent language of allusion. But what is there, between these incommensurate registers of sense? Nothing but light, one might say, a medium of transition, a configuration of a certain illumination, an illuminating frame.