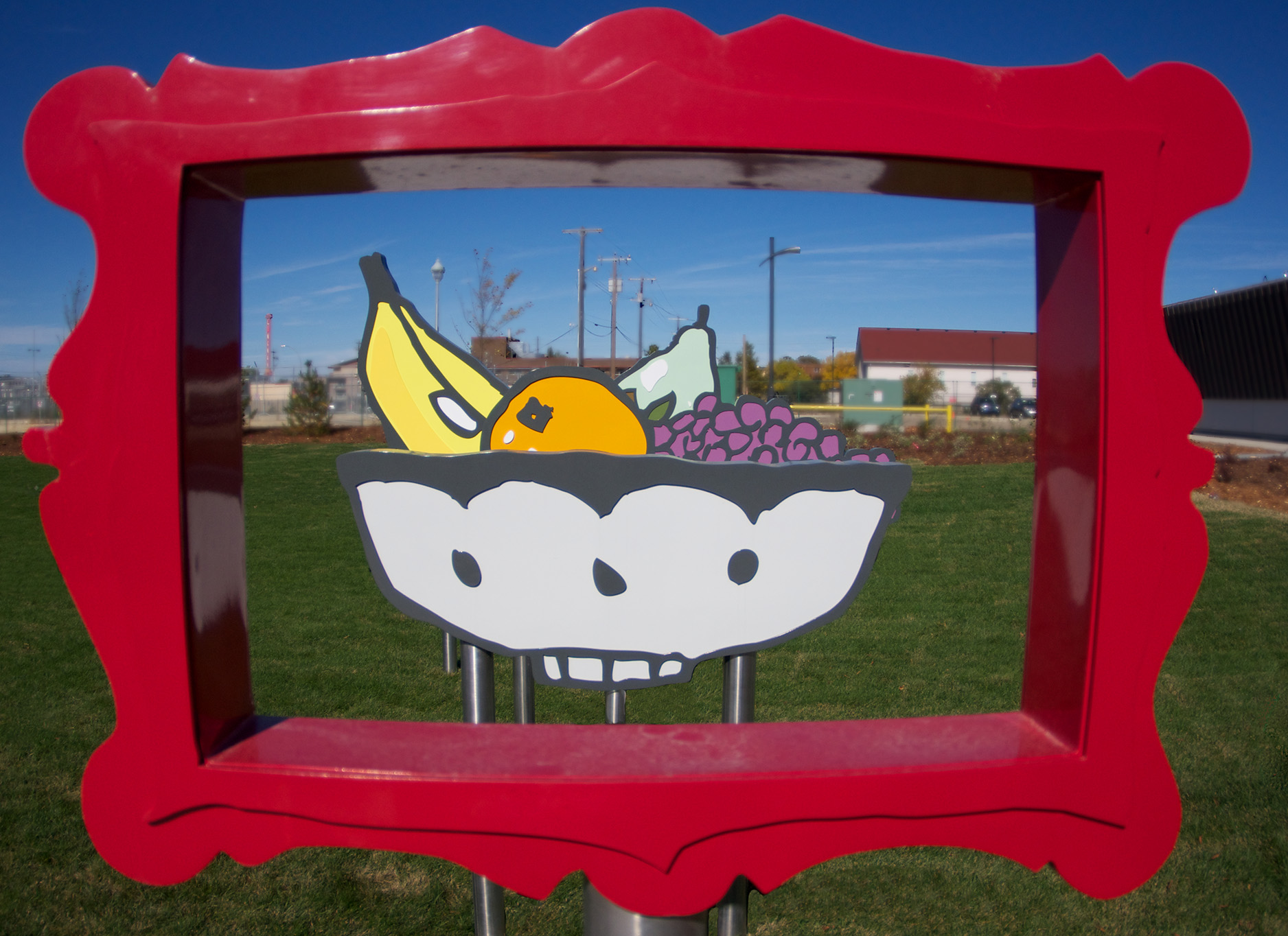 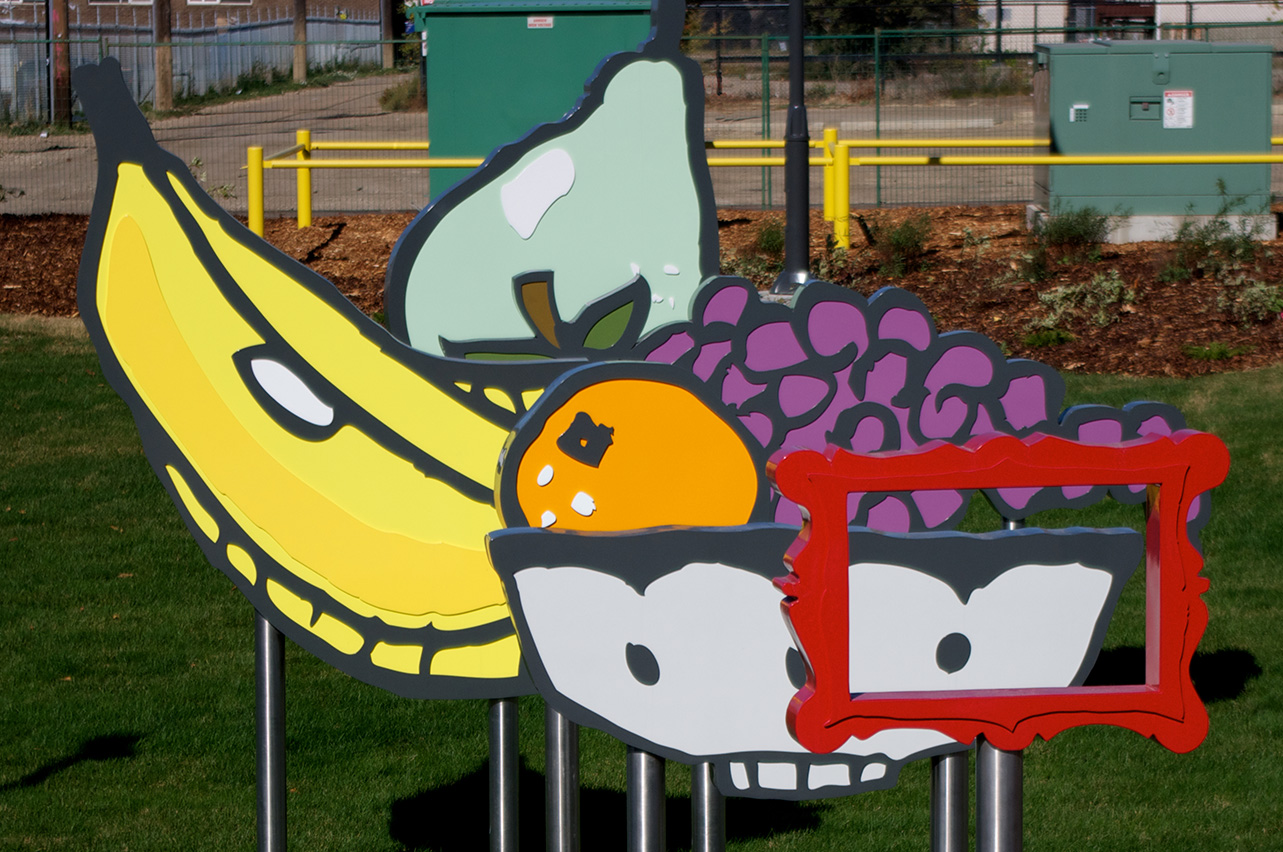 A playful take on the insularity of ‘high art’ and the traditional notion of a ‘still’ life. This project consists of six aluminum sculptures, each installed four to seven feet apart, in the park outside Edmonton’s new Grant MacEwan light rail station. On their own, each is a whimsical, colourful addition to the site. Playing with optics, the sculptures become larger as they move away from the privileged viewing position. When viewed together from this viewpoint looking through the final sculpture, a picture frame, the sculptures flatten into the classic trope of Western painting: the still life with fruit bowl.

Located on a busy plaza adjacent to the new MacEwan LRT station, this interactive artwork is intended to animate a plaza, which will see thousands of students and commuters pass each day. Whimsical, and colourful, the artwork invites observation and invites the passerby to stop and “play”. The sculptures are spaced with enough distance between them that commuters or students can walk freely between them, entering and exiting the “picture”. In some ways, the sculptures are like a puzzle, one that invites pause in order for curious viewers to solve with their own positioning.
However, the piece is designed to also incorporate those who move through it as an equally important part of the experience. The project is titled “Still Life” as a play on the vitality of the site [and is intended] to capitalize on the heavy pedestrian traffic surrounding the rail station by creating a piece that the commuting masses could interact with. The people viewing the piece, or even just passing by, actually activate and animate this Still Life. They turn the installation into a flat image by standing in front of the frame, and change the image by walking amongst the sculptures.

The intent of the project was to animate a large and pedestrian plaza by one of Edmonton's busiest campuses. The artwork was chosen accordingly, with project team members and designers impressed by the place making potential of this installation, as well as its playful and inviting theme.

The artwork is becoming an important landmark in the City, with students offering to meet "by the grapes!". In addition, with the anticipated opening of a major NHL arena in the area next year, Still Life will be part of a dynamic cluster of contemporary sculptural artwork within Edmonton's core.