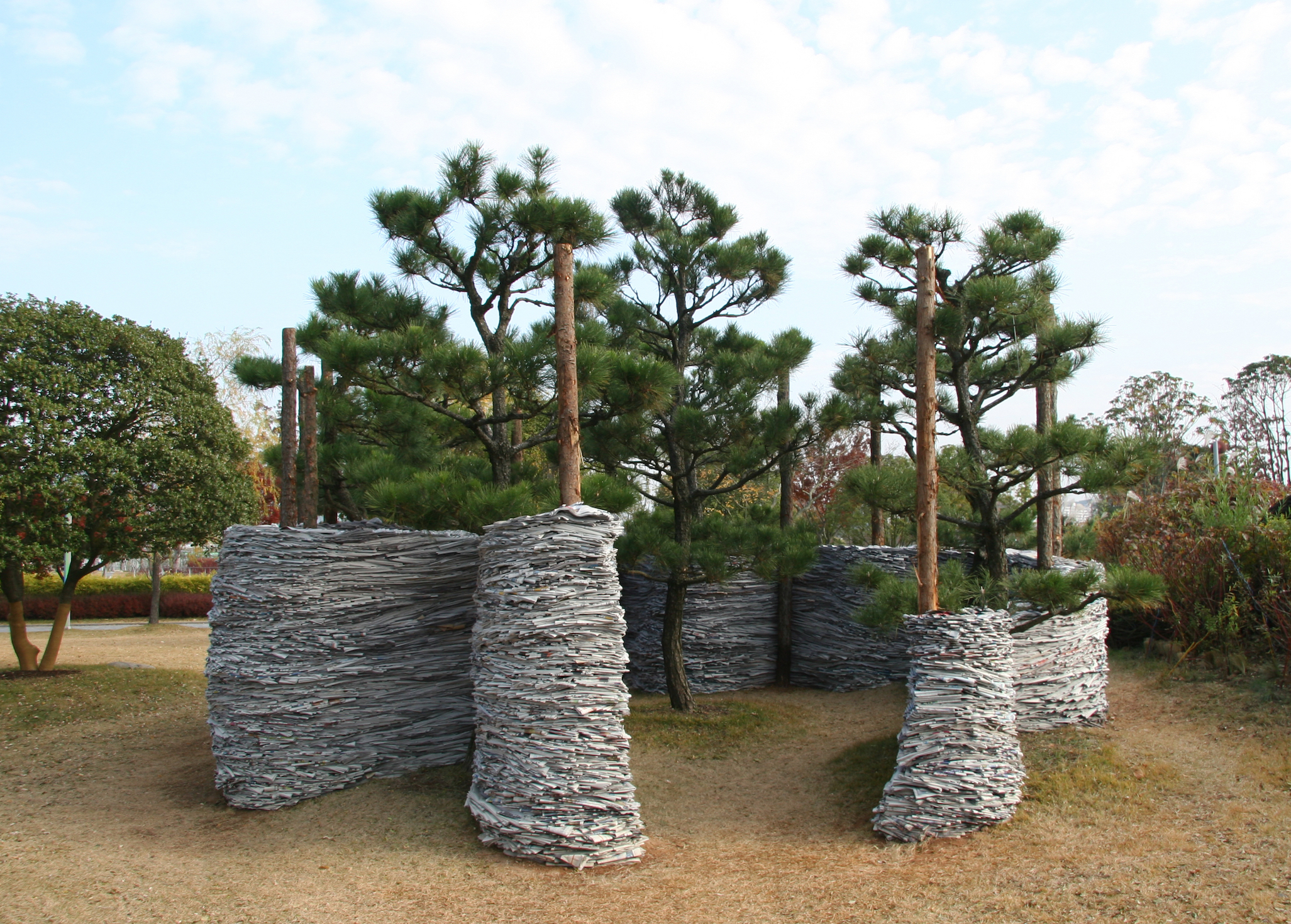 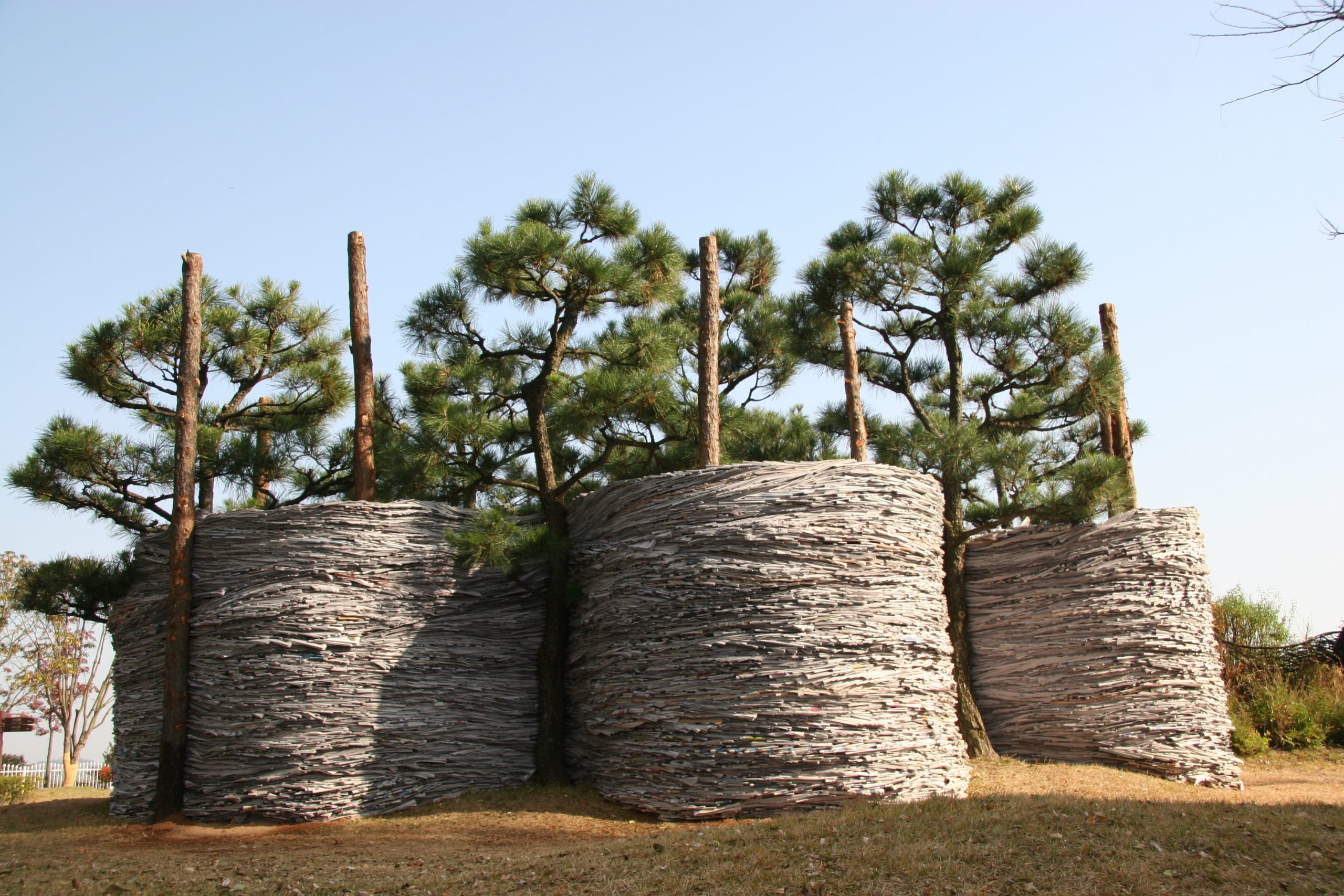 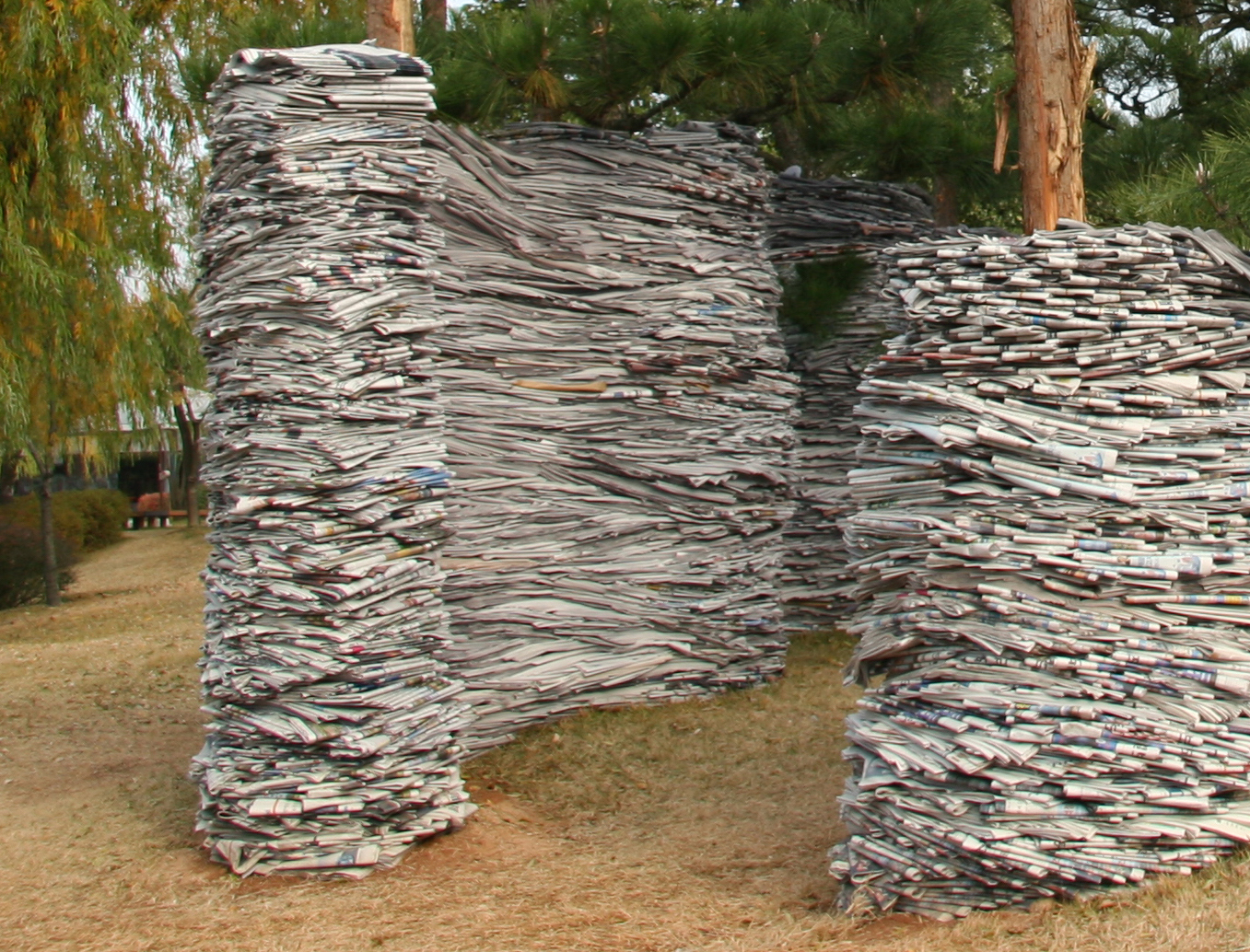 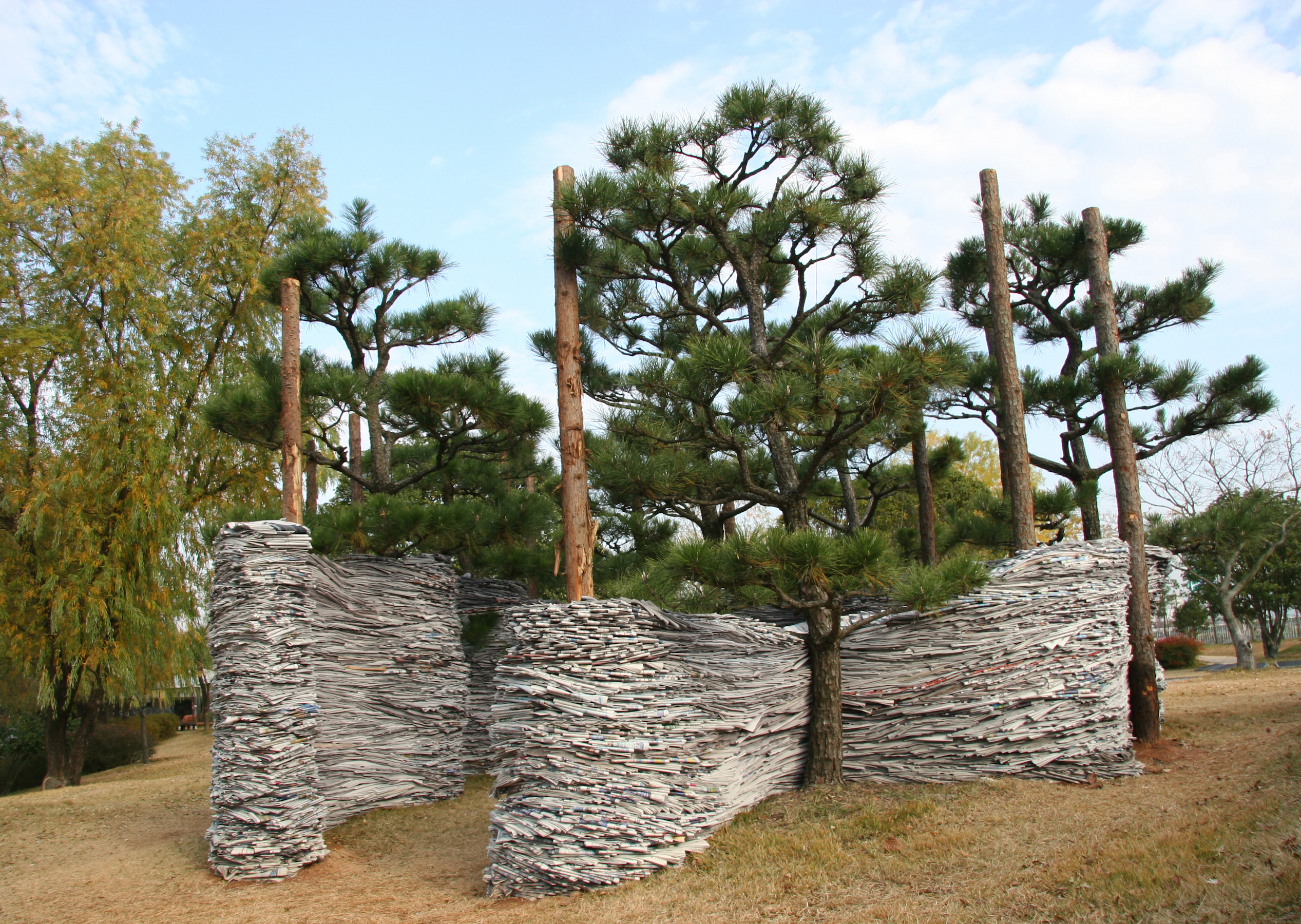 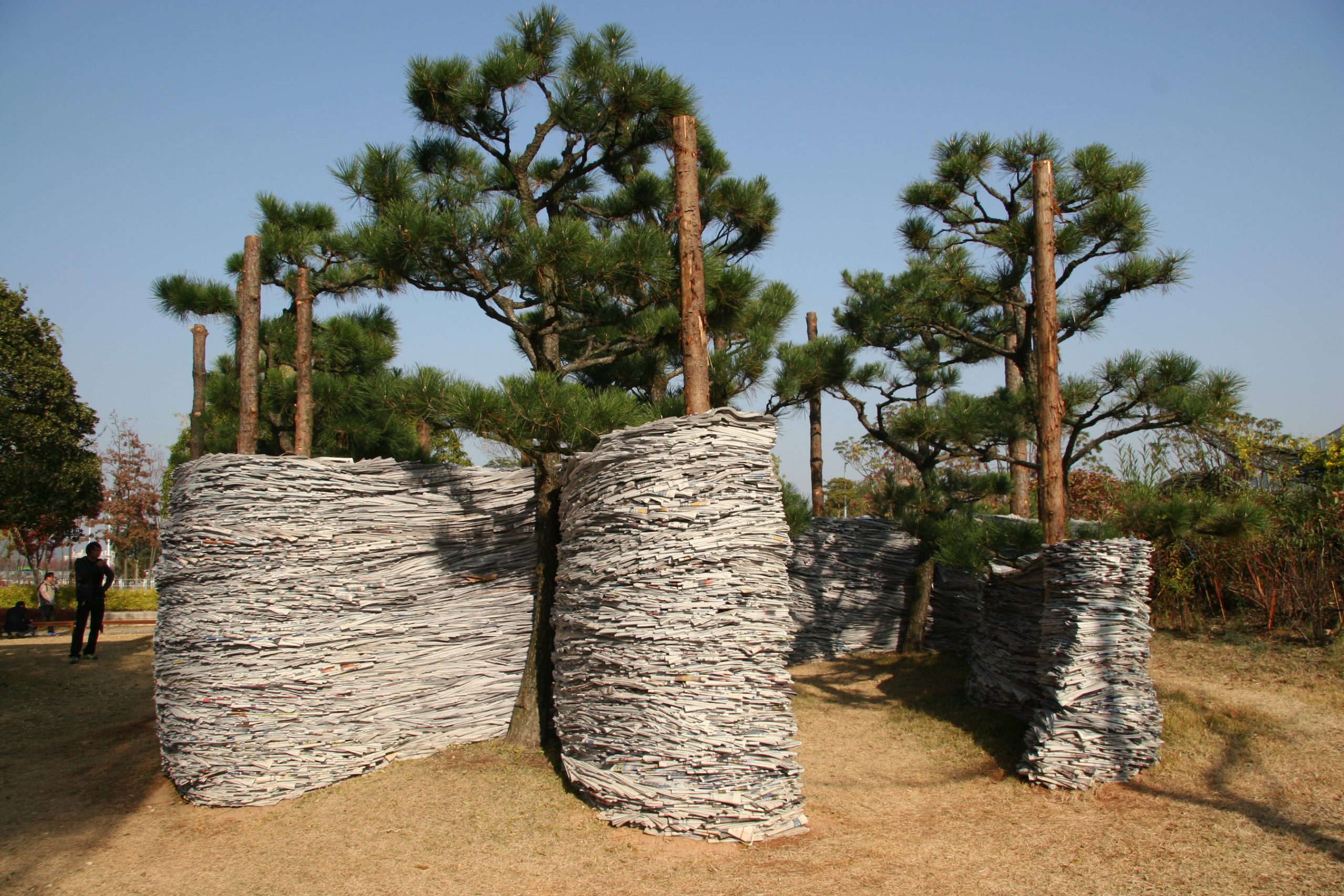 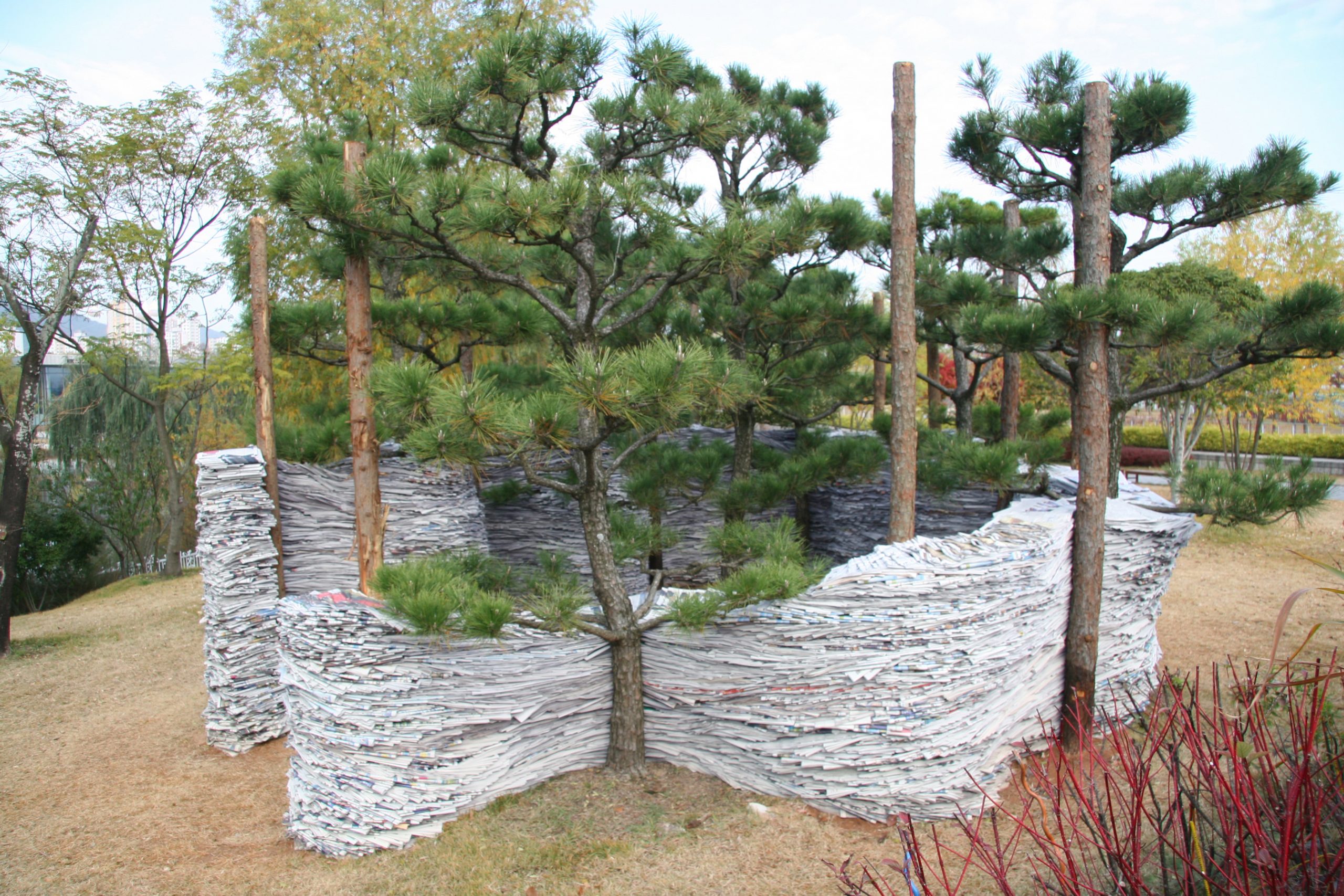 Siegel's latest work, Suncheon Weave, is more or less part of nature itself. The newspapers, created from trees, eventually transform back into the landscape: As they absorb water, mushrooms and fungus gradually grow on them and those living things interact with the paper. Overtime, the work biodegrades, breaks down and creates soil out of which grows a new tree. The concept of ‘deep time’, coined initially by John McPhee, speaks to the layering of sediment and rock that tells of us our geologic past. This idea sparked a lasting inquiry in Siegel’s imagination, and began his on-going artistic interrogation of the essential cycles of deposit and decay that underlie the making of the land. He brought this inspired understanding of geological events and cycles into his personal interpretations of stratification and compression, and began creating his own ‘deep time’ evoked through the layering of the immediate past: last’s week’s newspapers and bits of twine, all of which are wrought into marvelous inventions of texture, color and form. He builds layered surfaces that belie the deep time of his creations, deftly interwoven and lyrically presented to us, the viewers, as testament.

Sculptor Steven Siegel is an excavator, geologist, sociological commentator and documentarian. Through his work culling the detritus of our daily lives – plastics, rubber, wires, casings and molded housings, he creates a geology-in-process that records who we are and how we live. By transforming these elements into something new and unexpectedly vibrant, Siegel has found a way of elevating the discourse around our disposable society and making it an exciting visual commentary.