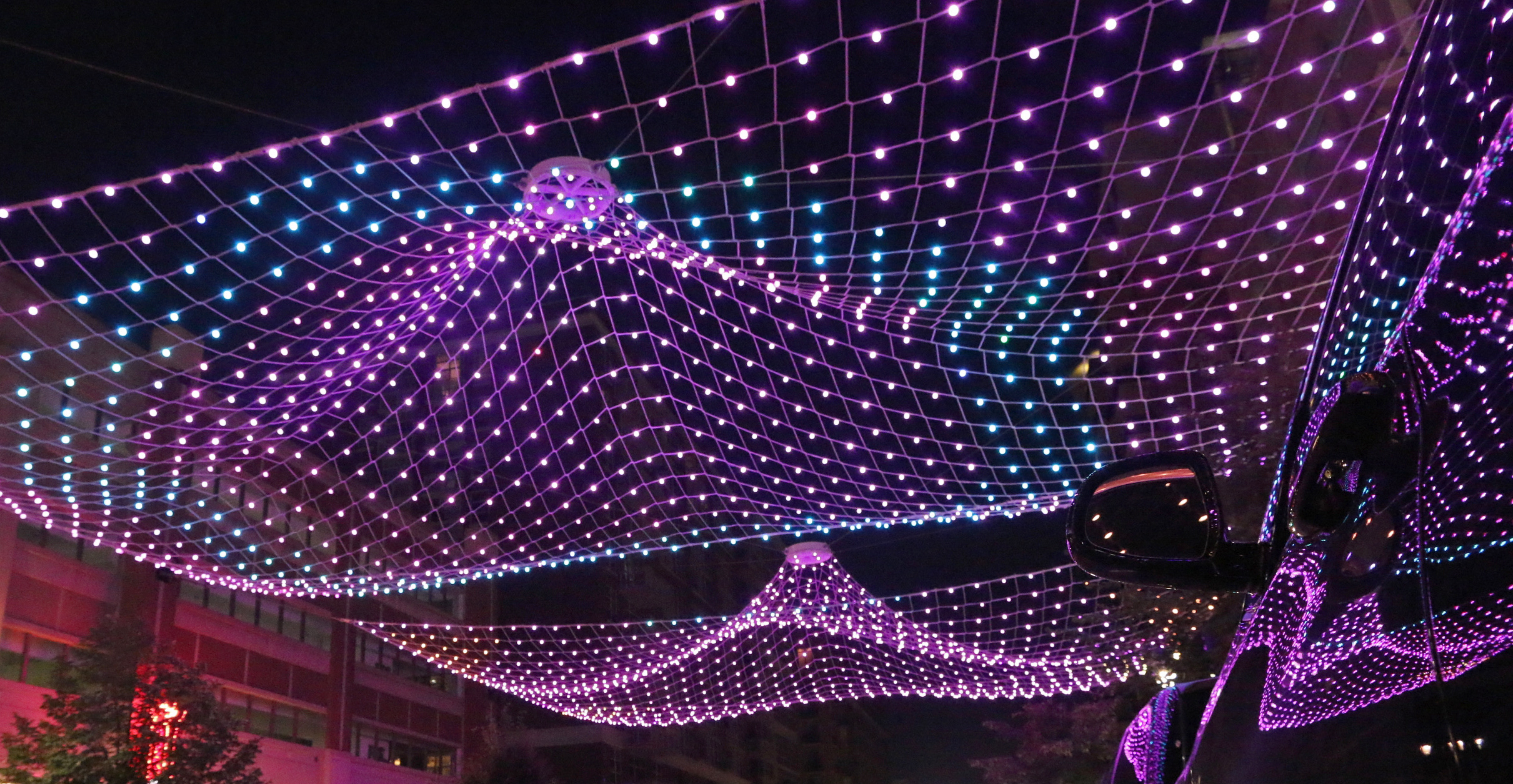 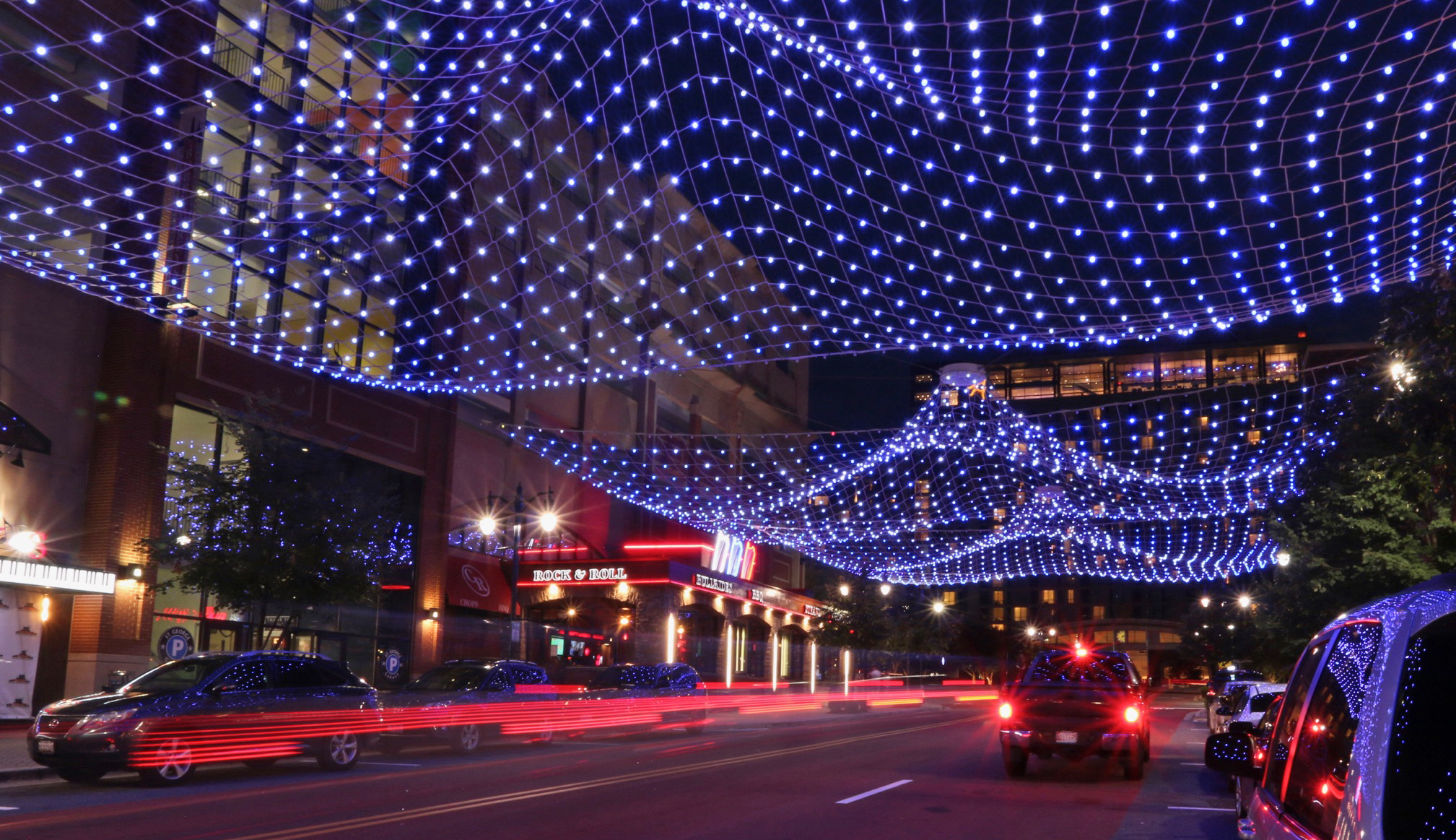 Standing Wave is a media-driven sculpture that plays on the mathematical concept describing how a wave, meeting its reflection, produces a new wave that does not appear to move. Composed of LED nodes suspended within mesh grids with elevated center points, the piece takes the form of a series of three-dimensional warps that allow the light to flow, in stationary waves, across a city block. The combination of animated points of light and the transparency of the wire mesh creates a visually liquid experience that magically cascades across three dimensions, appearing at times to float effortlessly in space.

The Peterson Companies, developers of National Harbor, commissioned Standing Wave to energize and activate Fleet Street, the central avenue in this community’s downtown district. Given that the installation was to take place above an active street populated by key commercial tenants, it was important that the project be realizable with minimum disruption to the public thoroughfare. upLIGHT worked with the developers from conception to completion to create a compelling and evocative public experience, that was successfully built within a prescribed installation schedule, on budget, and with a low impact to the existing tenants.

upLIGHT conceived and implemented this block-long work in collaboration with our client, The Peterson companies, to achieve their goal of drawing the National Harbor waterfront into the heart of this community on the Potomac River. We engaged with the developers in a series of workshops to examine a variety of strategies and forms. The structure and configuration of Standing Wave was settled on after upLIGHT demonstrated, via mockups and research, that a simple combination of wire mesh and individually controllable pixels of light could be used to create these arresting effects. upLIGHT assisted with the architectural drawings, engineering, procurement, and programming to take Standing Wave from concept to life.