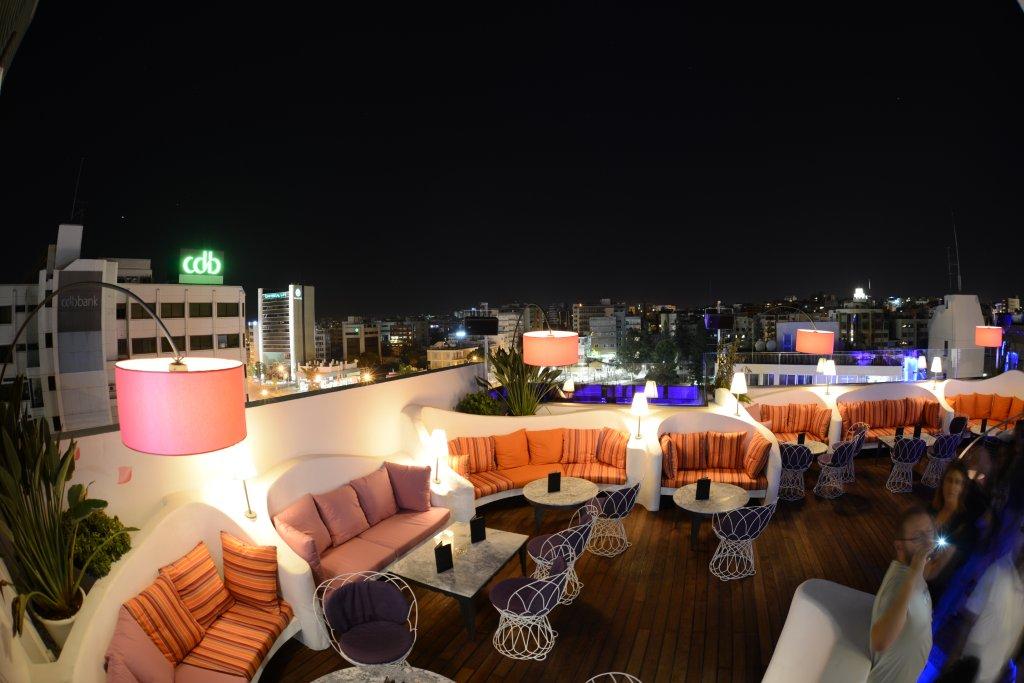 I was exclusively commissioned to create art and install approved art onto the rooftop bar at the newly constructed Hard Rock Café in Nicosia, Cyprus. The art is a mural based on the legendary song “Stairway to Heaven” by Led Zeppelin. The mural consists of many of the story telling elements of the song such as, “There’s a lady who’s sure all that glitters is gold” and “In a tree by the brook, there’s a songbird that sings” and of course the Stairway to Heaven itself.

The initial design was created before I was brought into the project. The theme was a graffiti rendition of the famous song. I thought the graffiti approach was too harsh for such an amazing song and concept so I suggested a more traditional mural storytelling style. To me it was crucial that anyone who sees the mural recognize that it’s from the song no matter what language or culture they come from. The main object of the central mural is to communicate with the customer while adding an energetic splash of color to this rooftop bar.

For this project all collaborations came in the form of phone conversations and emails. The project was set in Cyprus, a country I have never visited. I emailed art and thoughts between the restaurant operator, the onsite designer as well as the Hard Rock Orlando, FL. Based design team. Mostly it was my providing black and white sketches based on the song lyrics combined with the notes and perceptions of the group aforementioned.

I had no idea how hot it actually gets in Cyprus in September that made painting a rooftop mural during the day impossible. The weather and language barrier made this a very challenging project but I have always believed that nothing great comes without struggle and i am very proud and happy about this mural.