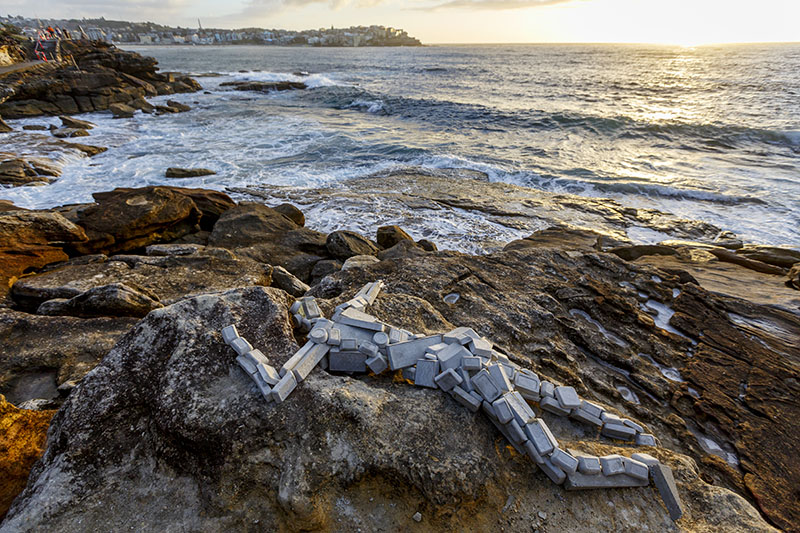 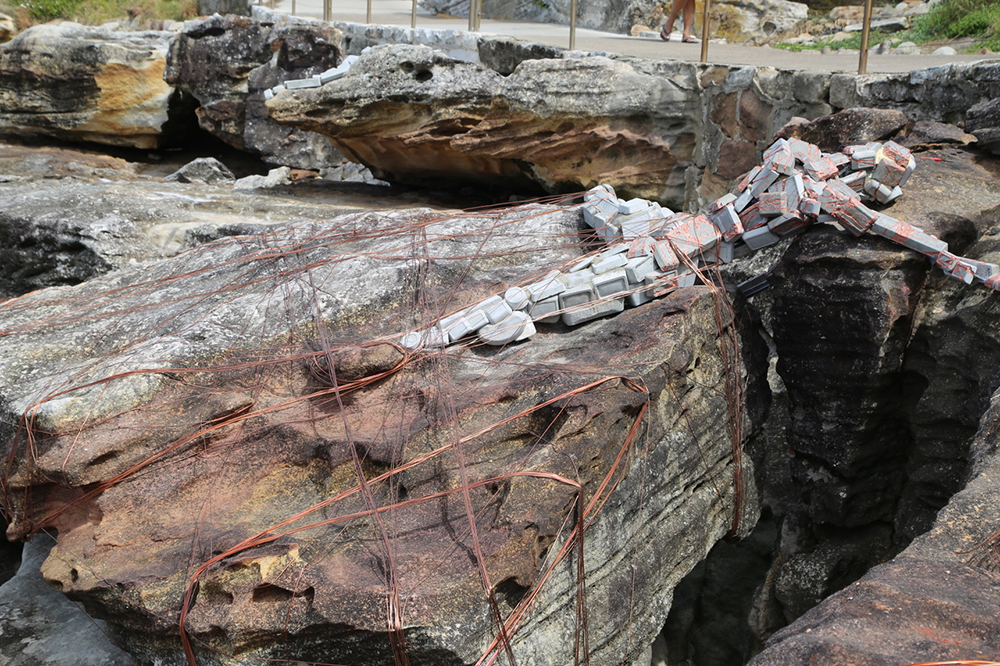 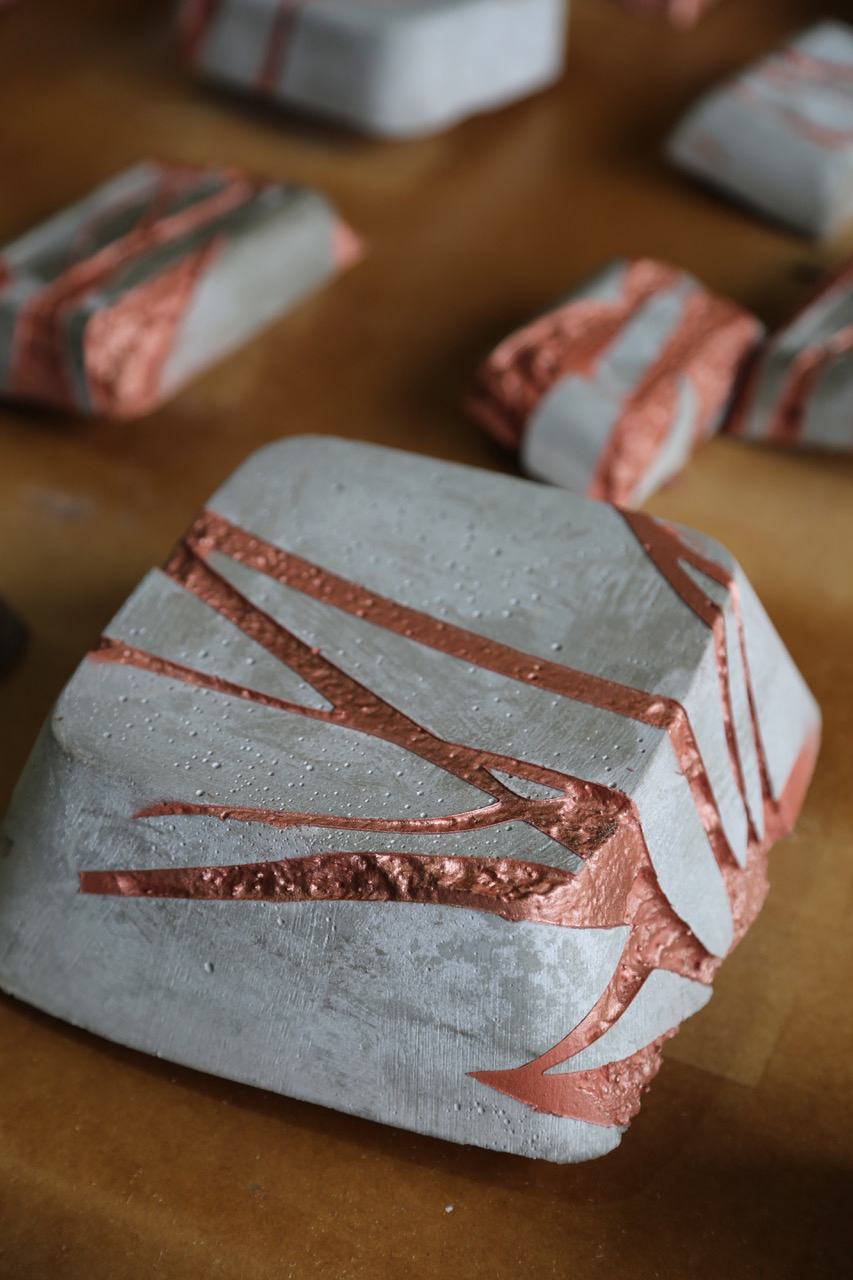 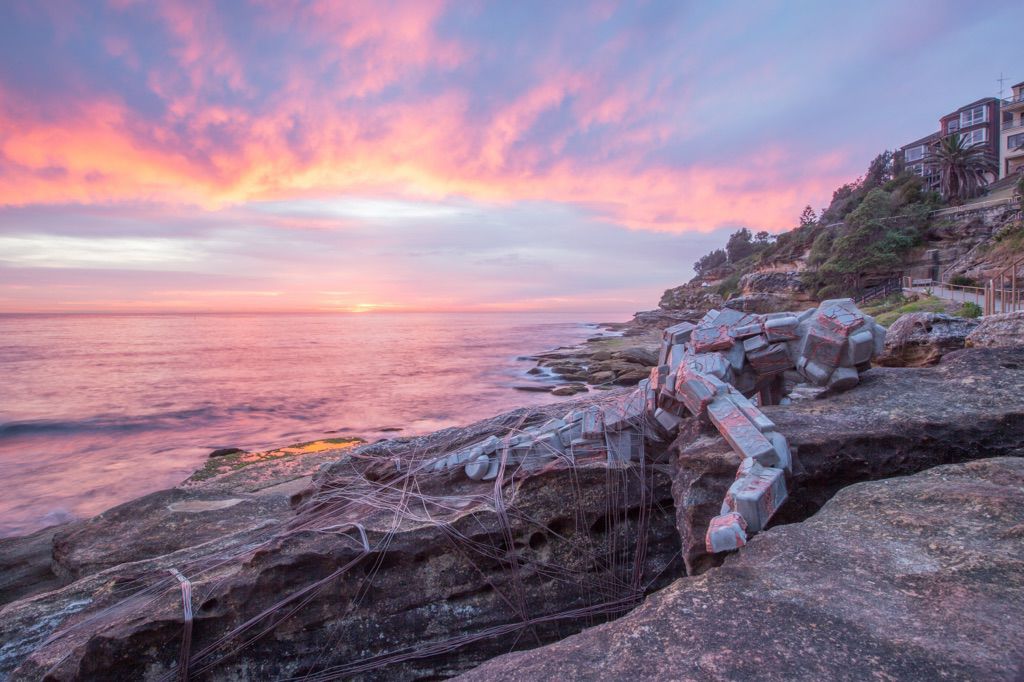 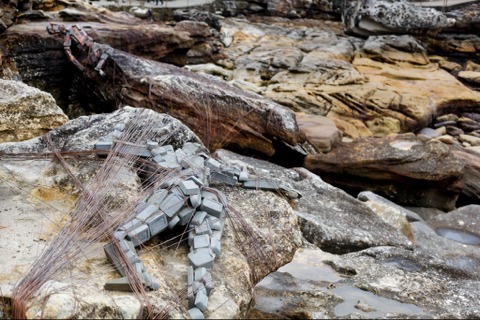 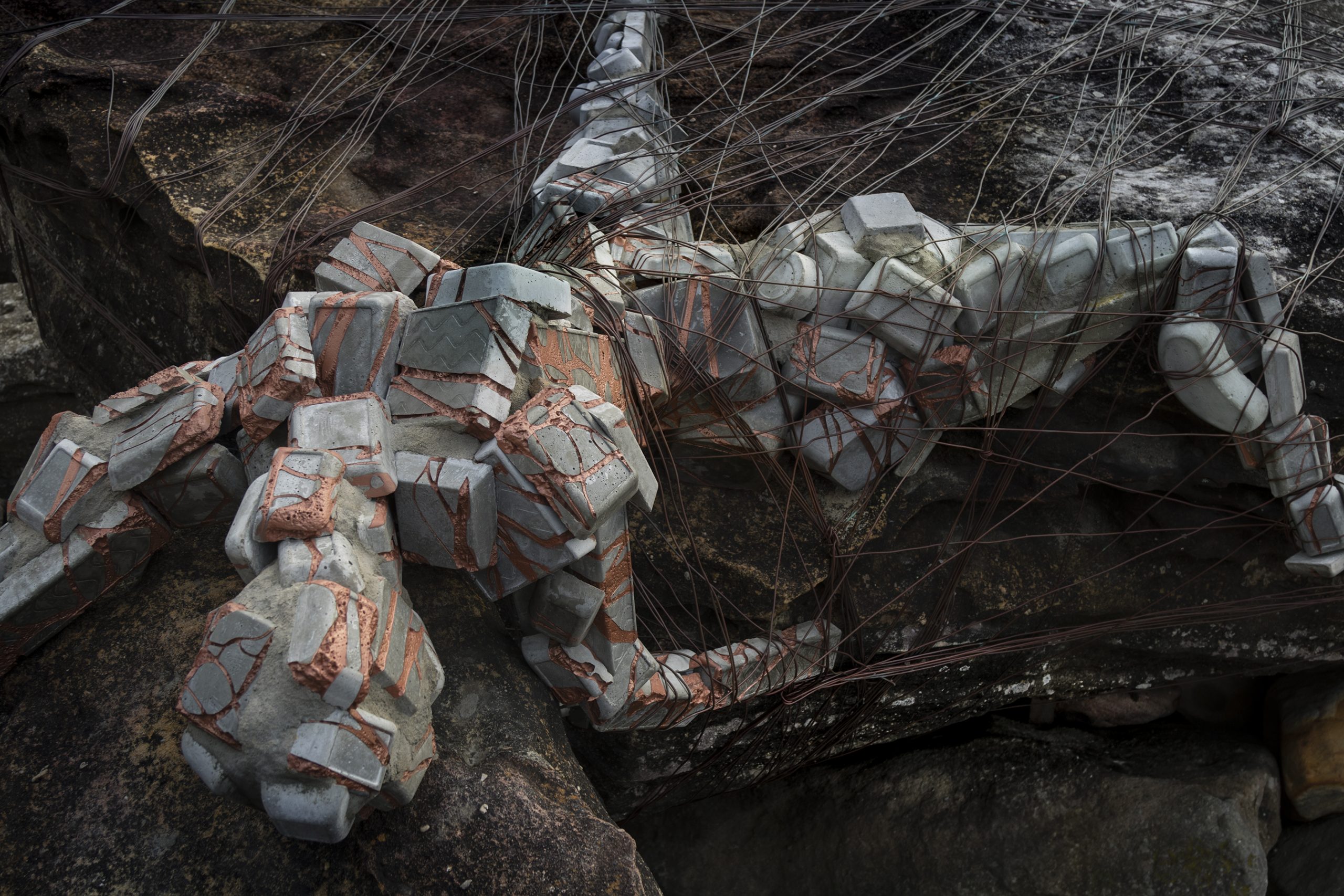 Client: Sculpture by the Sea Org

Sculpture by the Sea

Sponsored by Aqualand Australia and Axolotl, Stagnation is a site-specific installation that explores the psychological state of being trapped in an intimately familiar, neurotic pattern of thought. The large-scale artwork is created from specially cast cement bricks, sandblasted and copper filled patterns of neural pathways adorn a selection of bricks which are connected to an underlying aluminium armature. The two figures are attached temporarily to the cliffs using strong adhesive. Copper wire is wrapped around a large portion of the cliff and the figures; changing in colour over the duration of the exhibition as a natural reaction of the copper to the salt water.

Stagnation explores the psychological state of being trapped in an intimately familiar, neurotic pattern of thought; expressing overwhelming emotions felt when there is a foundational need to evolve out of this cycle: frustration and defeat.

The natural environment sets the platform for this psychological narrative to manifest physically and visually. This narrative is literally woven into the landscape, created by copper wire continuously looped around the figures, tying them down to the rock formations. Continuous looping of thought without deviation creates a neurosis in the mind that infects the individuals’ ability think rationally and make decisions that do not feed directly back into the neurosis. In the artwork, this familiar and yet agonising terrain is only able to manifest due to the structure of the underlying forms. These rock forms symbolise the stubbornness in our minds that refuse to let go; in letting go they would release the hold of neurosis and allow a new narrative to evolve.

Stagnation includes one figure entirely tied down, immersed in a neurotic cycle, expressing feelings of defeat. The second figure is shown in a height of frustration, physically straining against the continuously looped thoughts and thoughts and ultimately breaking the neurosis.