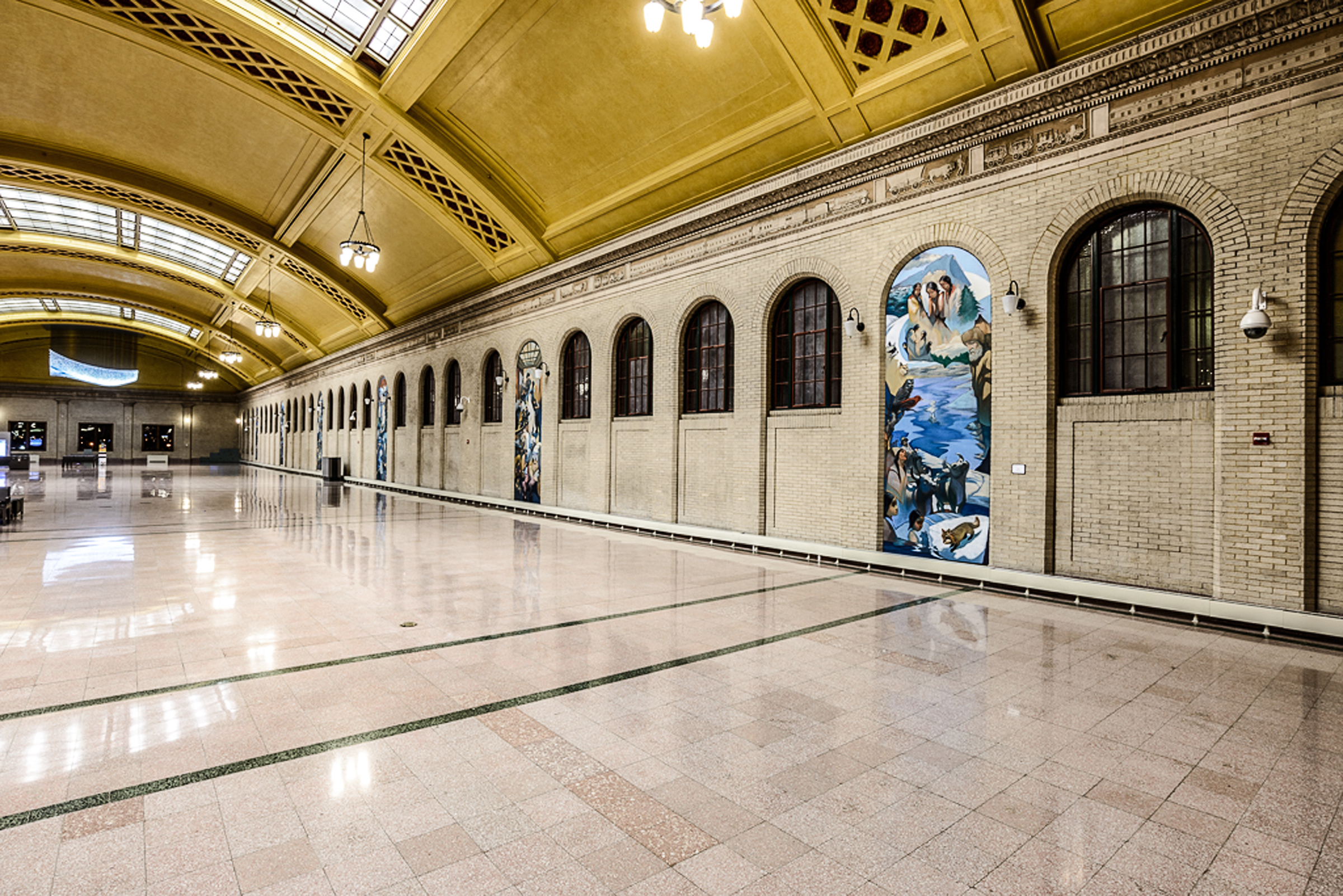 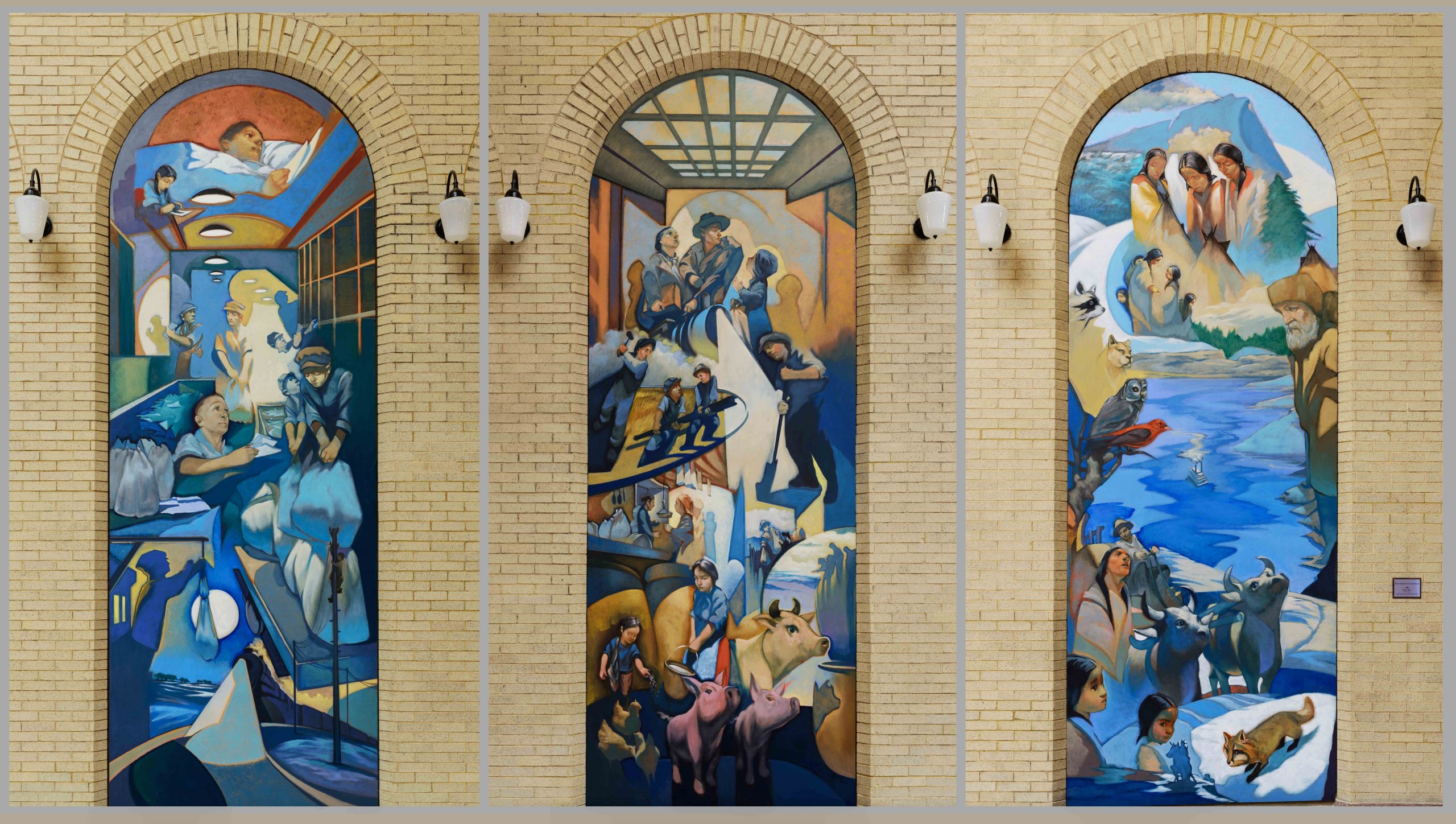 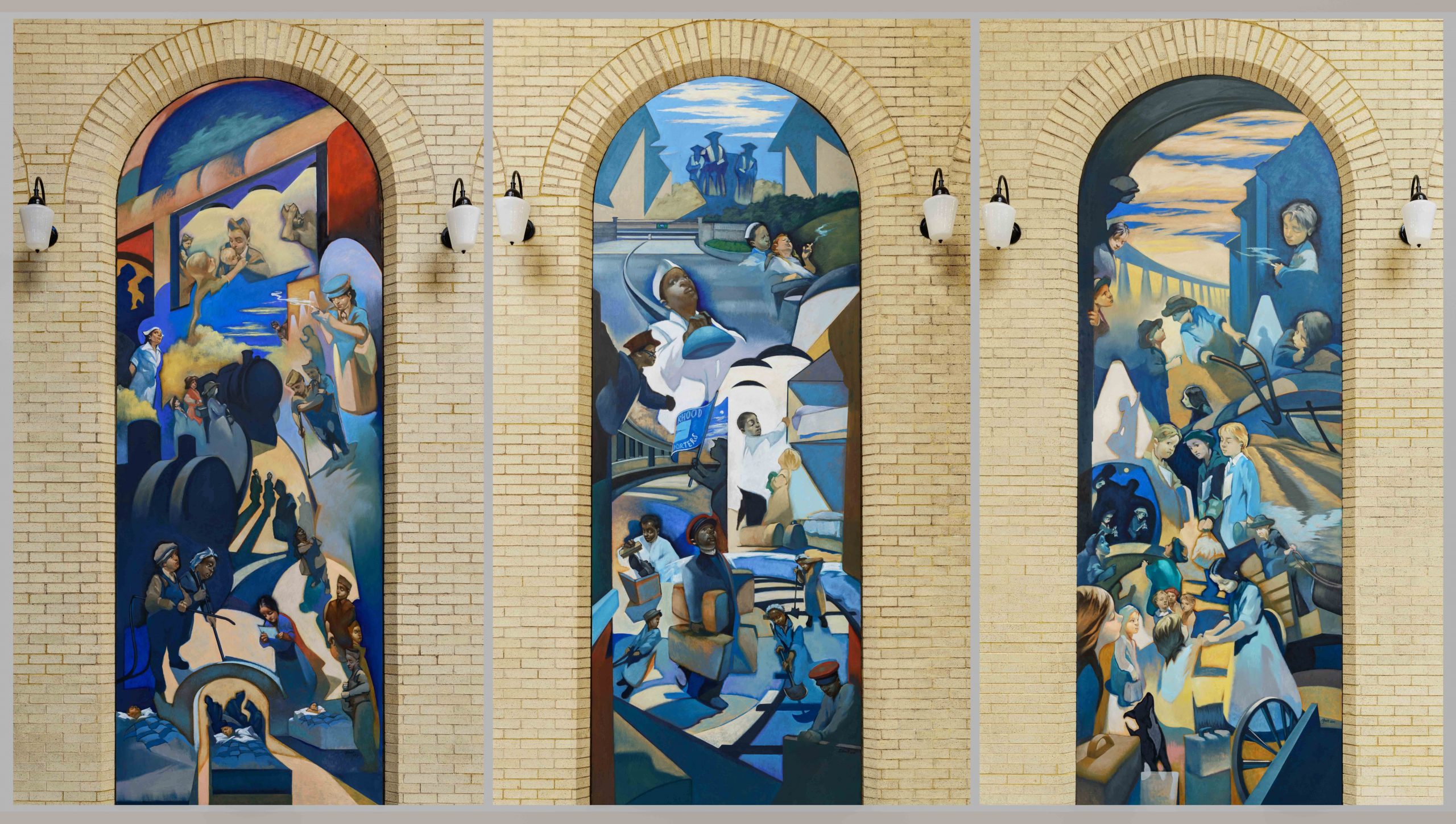 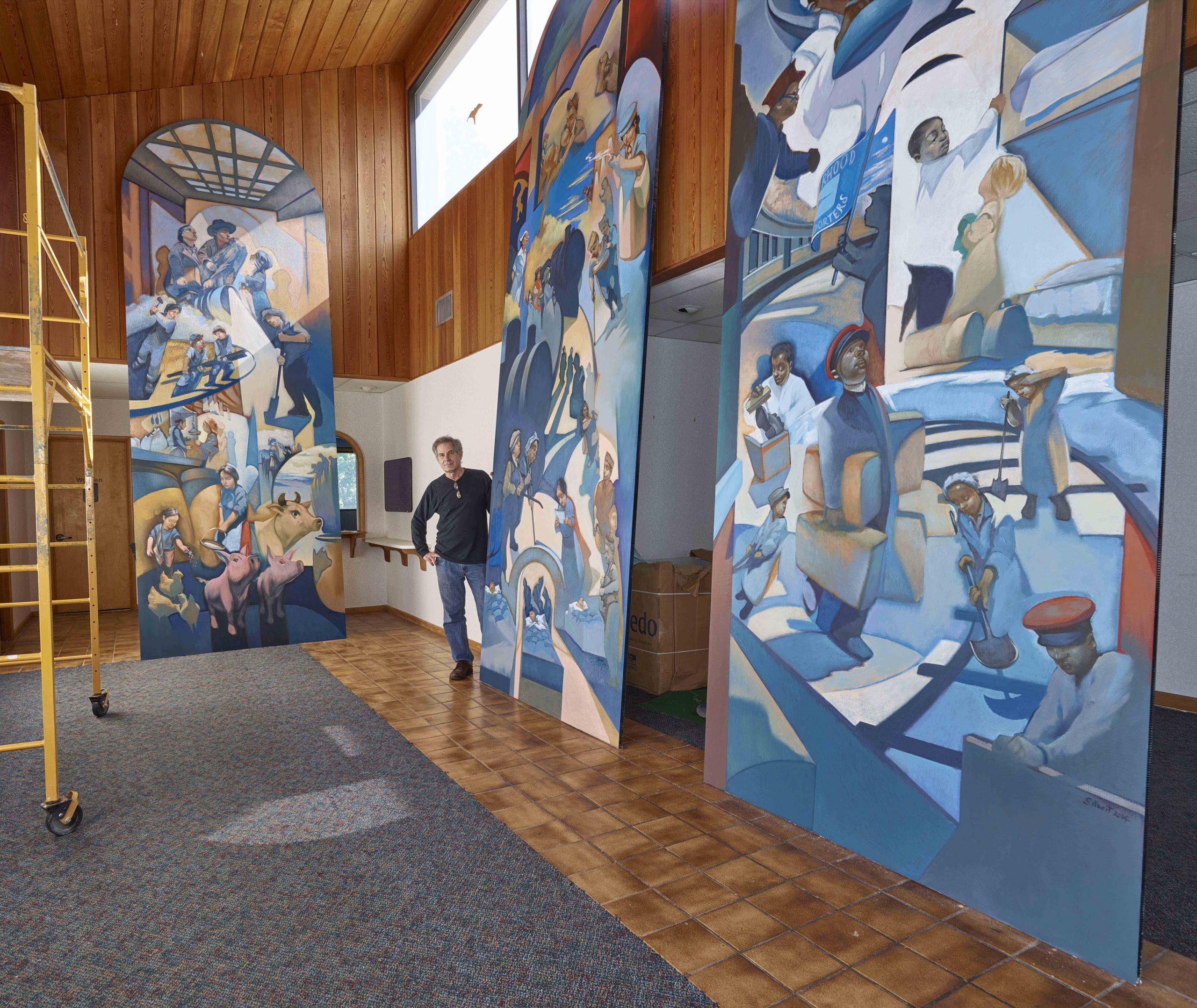 Six murals commissioned by the Ramsey County Railroad Authority on themes related to the history of rail transportation and its impact on the culture of the region. Each panel is roughly 16 x 6 feet, installed along the 300’ length of the Depot’s grand waiting room. The panels are constructed of fiberglass over an aluminum honeycomb core. They were sized to perfectly fit existing arched niches in the grand waiting room of the Depot. This was part of a federal stimulus project, funded in part by the National Transportation Administration.

The artwork had to be compatible with the architecture of the Depot and the level of craft evident in its construction. My goals were to create murals that evoked the heyday of the Depot, roughly from 1920 through the 1940s; to make reference to the style of mural painting of the time, such as the WPA murals of the 30s, while remaining contemporary in conception; and to make a color statement that complemented the carefully researched original color scheme of the Depot, offering some relief from the dominance of the massive yellow ochre ceiling and warm tones of the brick and stone floors. For these murals to be effective, I had to be greatly concerned with the distances at which they could be seen: they had to project over a hundred feet or more, but also had to engage viewers who took close points of view. Finally, in this historic structure, we had to be concerned with weight; the pieces could be anchored only in the mortar and not the brick, so the choice of substrate was critical. The aesthetic integration of the murals with this 243 million dollar project was as important as the narrative content of the paintings.

The collaboration involved multiple partners. The selection committee, made up of artists and architects, remained involved throughout the process and had access to a website on which I documented my progress. Both artist and architect committee members made suggestions that I adopted and that enhanced the pieces. I also interviewed community leaders and historians who guided me through the depiction of at least one sensitive cultural issue that had to be addressed with care and respect. Two specific images in the panel on African Americans and the railroad were the result of those consultations. Additionally, I worked with Dr. Duane Chartier of ConservArt Associates in Los Angeles on all technical issues: substrate choice and fabrication, media choice and installation. Additional community inclusion occurred as the murals were installed when the Minnesota Museum of American Art presented an extensive solo exhibition of over 30 works done in preparation for the murals, culminating in a symposium on the history of the railroad in Minnesota.

I create figurative, narrative murals that are deeply meaningful and sophisticated, yet accessible to a wide audience. While my work is fully contemporary, it nevertheless respects and draws upon a long tradition of great mural painting in western art.